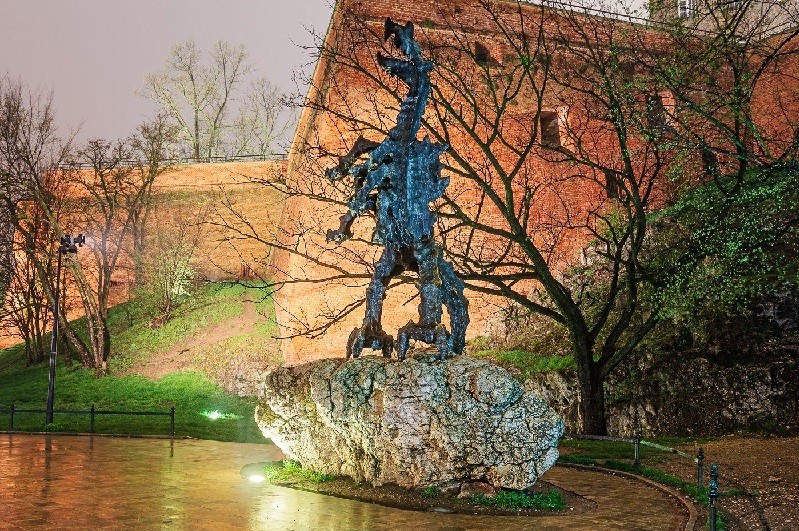 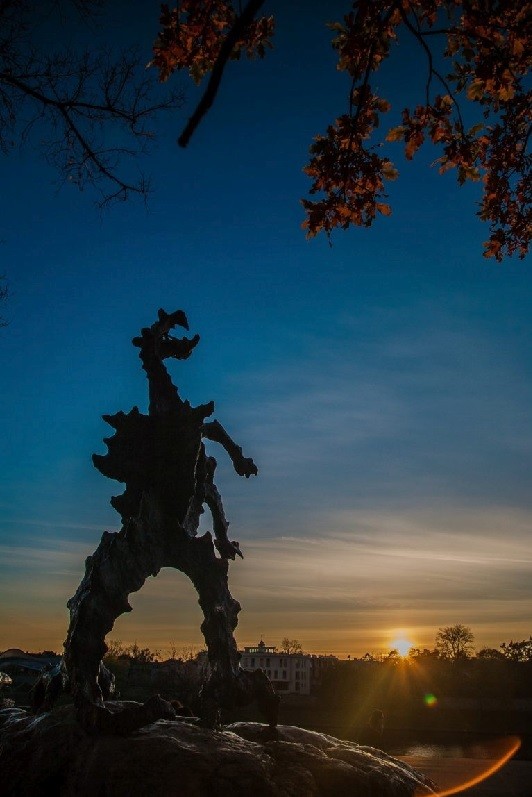 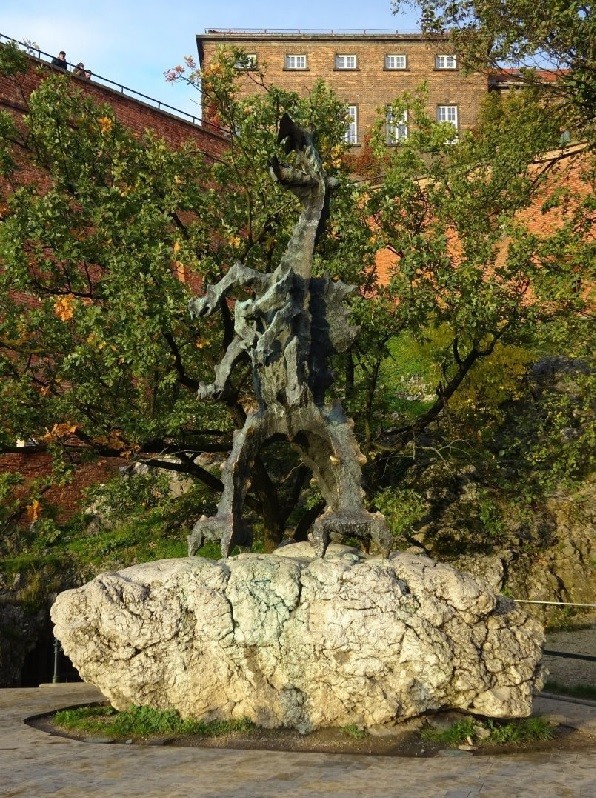 A solutional, limestone cave under the Wawel hill. It is one of the most famous of Cracow’s attractions connected with the 13th century legend of Wawel Dragon. The legend has it that the Dragon would live in the cave and trouble Cracow’s folk. In 1972 to commemorate the creature a sculpture Wawel Dragon by Bronisław Chromy was placed at cave’s entry. The cave itself is 270 metres long, however the visitors may tour only 81 metres.