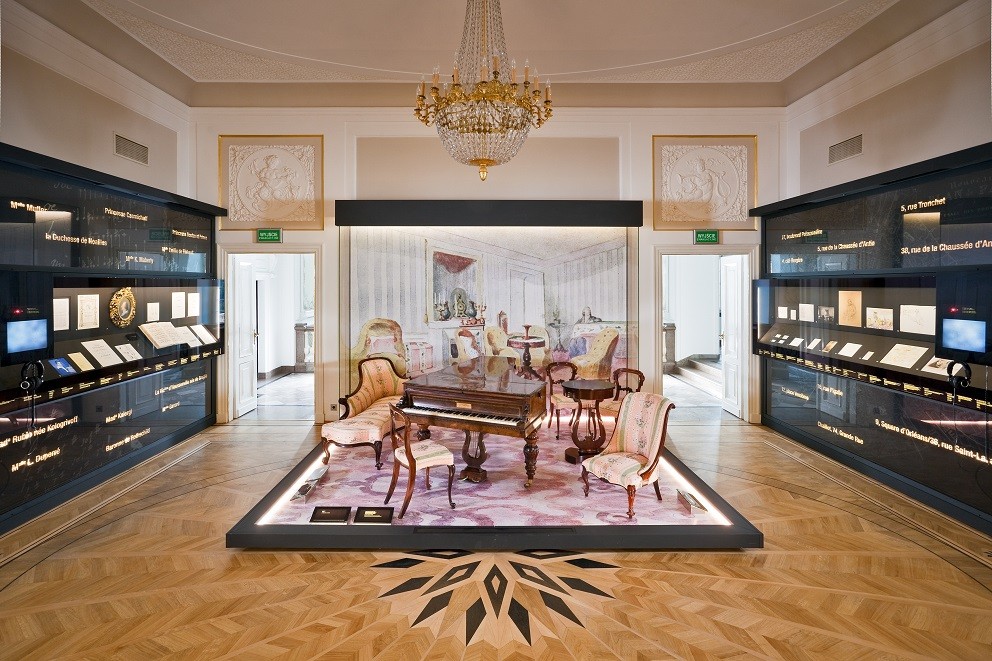 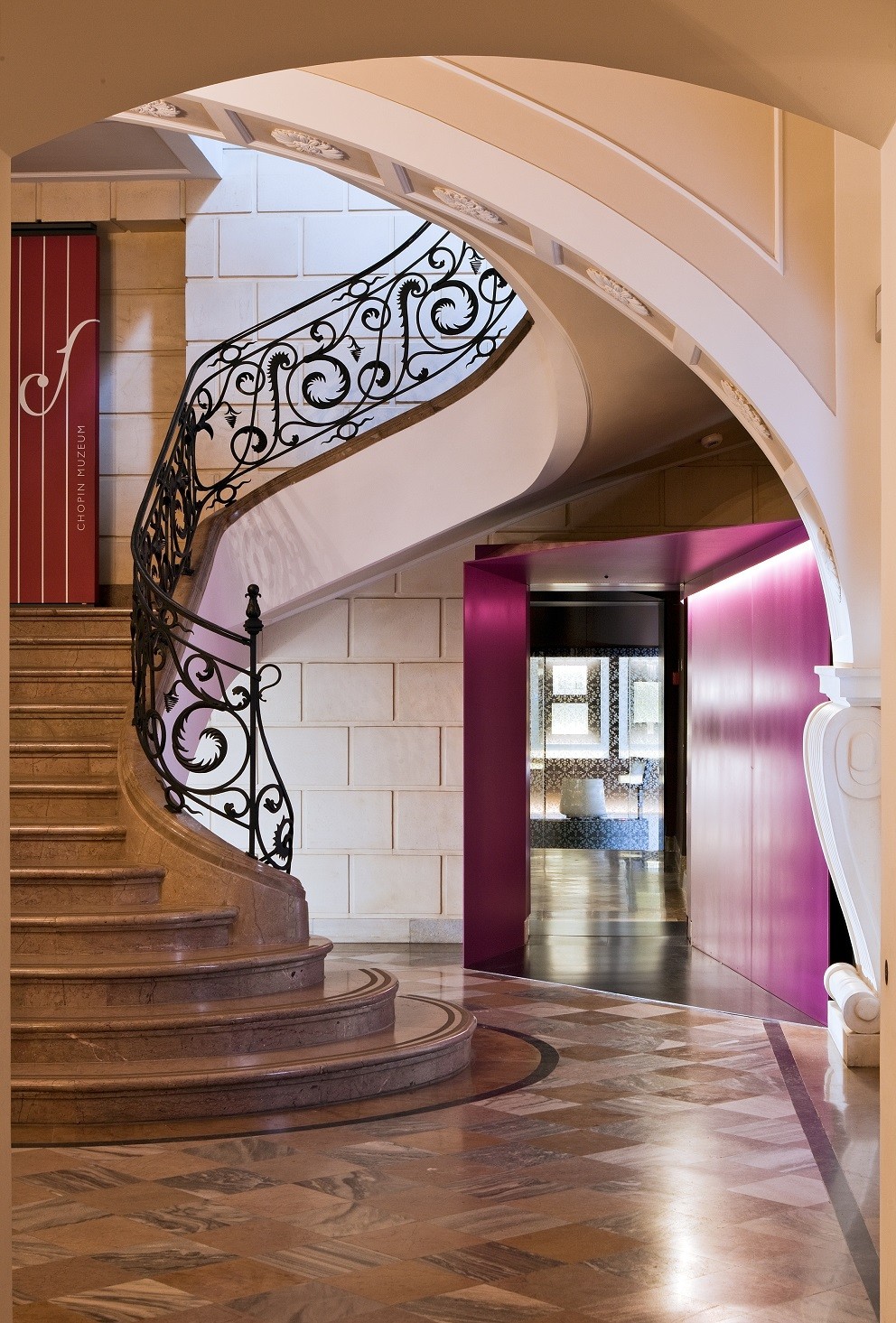 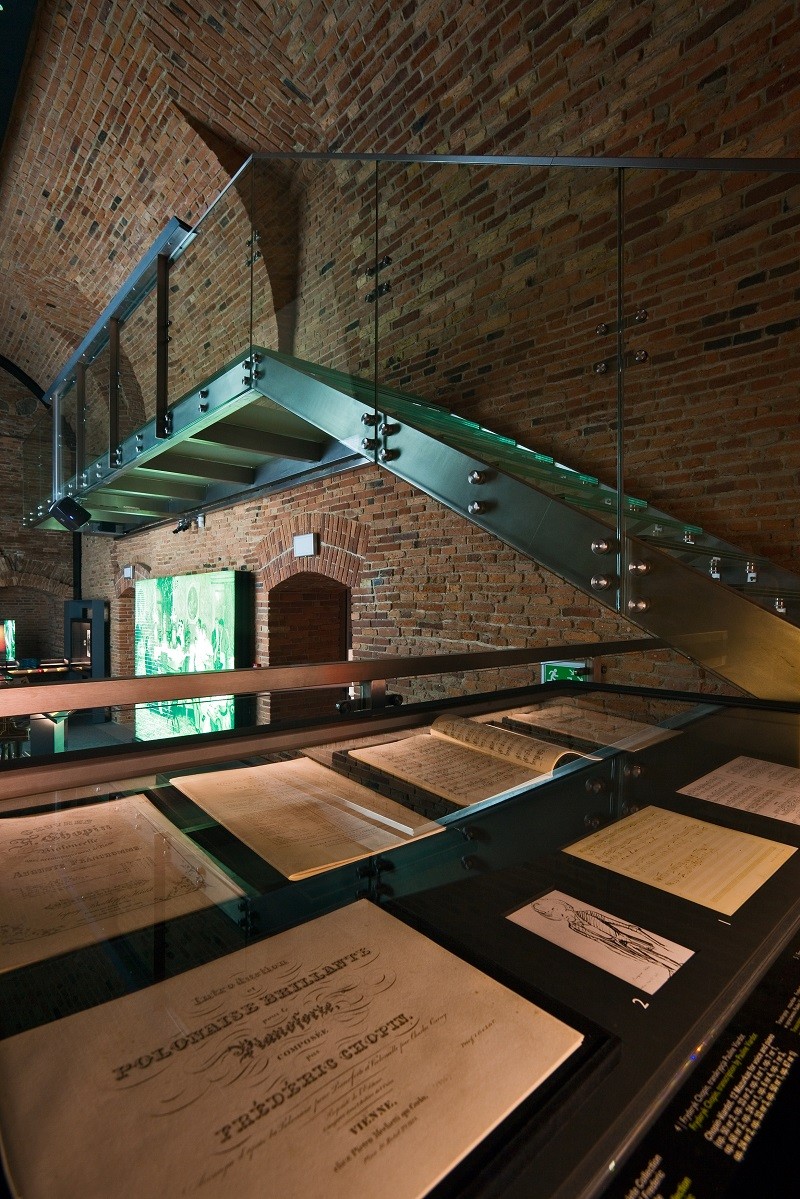 Chopin Museum is situated in Ostrogski Palace. The founder of the museum, Frédéric Chopin Institute, began collecting exhibits as early as 1943. Today, the museum has over 5,000 of them. The Chopin museum itself was opened in 1955. Among museum collections there are numerous manuscripts, printouts, iconographic sets and other Frédéric Chopin memorabilia. It is one of the most modern museums in Warsaw and Poland in general.

The Fryderyk Chopin Museum is the most important national institution of Fryderyk Chopin's memory and at the same time the most modern biographical museum in Europe. It is located in the historic Ostrogski Palace.

Fryderyk Chopin was born in 1810 in Żelazowa Wola, a village about 55 km from Warsaw. When he was about 7 months old, his father, Mikołaj Chopin, started working in a high school in Warsaw as a French teacher. As a result, the family moved to the city.

Fryderyk spent 19 years of his life in Warsaw. He went to school here, he also learned to play the piano here. His career began in the Radziwiłł Palace. At the age of 8, he played for the first time in public. During his school days he played as an organist in the Church of the Sisters of the Visitation. It was also in Warsaw that he met his first love, Konstancja Gładkowska.

On November 5, 1830, Chopin left Poland forever. He went first to Dresden, then to Vienna, Salzburg, Munich and Stuttgart. In September 1831 he came to Paris, where he settled permanently, soon gaining European fame.

From 1839, Chopin's health deteriorated with each passing year. He died on October 17, 1849 in an apartment at 12 Vendome Square. He was buried in the Pere Lachaise cemetery in Paris. Chopin's heart is located in the St. Cross at Krakowskie Przedmieście.

The museum was established in 1955 by the Society of Frederic Chopin. It is a department of the Fryderyk Chopin Institute.

The Fryderyk Chopin Museum in Warsaw was established to cultivate the memory of the composer. The exhibits in his collection are primarily items related to the person of Fryderyk Chopin. You can see his manuscripts (letters, musical sketches, notes, autographs), personal mementos and rich iconographic collections (paintings, including portraits, graphics, photographs, sculptures, medals). The collection also includes copies of Chopin's works and documents related to him and his immediate surroundings. In 1999, a part of the Chopin Museum collection was entered on the UNESCO "Memory of the World" list, which includes objects that require special protection due to their unique cultural value.

The history of the Palace, where the Fryderyk Chopin Museum is located, dates back to the beginning of the 17th century and was founded by Prince Janusz Ostrogski. It performed various functions in the 18th and 19th centuries. The seat of the Museum in the Ostrogski Palace was opened in 1953 under the banner of the Society of Fryderyk Chopin, and two years later it began to organize exhibitions.

The museum is organized in accordance with the concept of an "open museum", where visitors discover and experience the exhibition by choosing the pace and sequence of visits. The permanent exhibition consists of 11 so-called thematic islands, dedicated to subsequent periods of his life, located on five levels (from -2 to +2).

There are Pianist and Composer halls, as well as a concert hall, where on Thursdays during the academic year, you can listen to Fryderyk Chopin's works interpreted by young pianists from the Fryderyk Chopin University of Music in Warsaw. You will see, among other things, the personal calendar of Fryderyk Chopin for 1848, copies of the composer's left hand cast made in 1849 and a piano manufactured in 1856 by Sébastien Érard (no. 26 606) belonging to Chopin's friend, Ferenc Liszt.

On this level, there are the Żelazowa Wola rooms and youthful peregrinations, Warsaw, and the Mikołaj Chopin Salon. On this level, opposite the room dedicated to Żelazowa Wola and Chopin's youthful journeys, there is a playroom for children. Visitors will see souvenirs related to the composer's birthplace, portraits of his family members and the places of his youthful journeys.

There are three rooms on level 1: Paris Salon, Nohant, Women. The largest of them, the Paris Salon, is devoted to the Paris period of the composer's life. The exhibition presents Chopin's social life and his work as a private music teacher. The Women room presents the diversity and intensity of Chopin's relations with the most important women in his life - mother Justyna and sister Ludwika, as well as his loves, friends, protectors and students. The Nohant Hall is named after a village in central France commemorated by the composer's romance with George Sand. Here, you will hear about the relationships between these two, as well as we will be able to see Fryderyk's sheet music.

On level 2, there are Travel Centers for Europe. Personality and Death. You will see, among other things, dried flowers from the deathbed, locks of hair, a copy of the composer's death mask, and an album by Jane Stirling containing excerpts from articles about Chopin published in the French and English press immediately after his death (October 19 – December 4, 1849).

Additionally, there is space for temporary exhibitions on level -2.