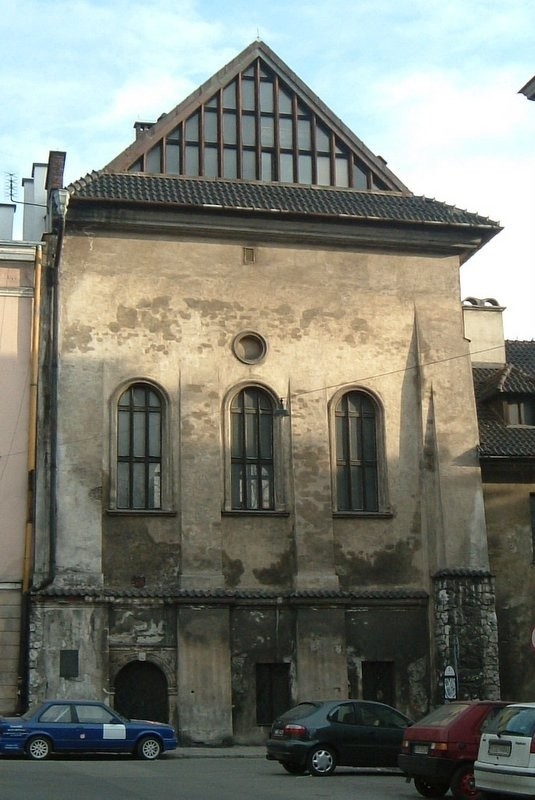 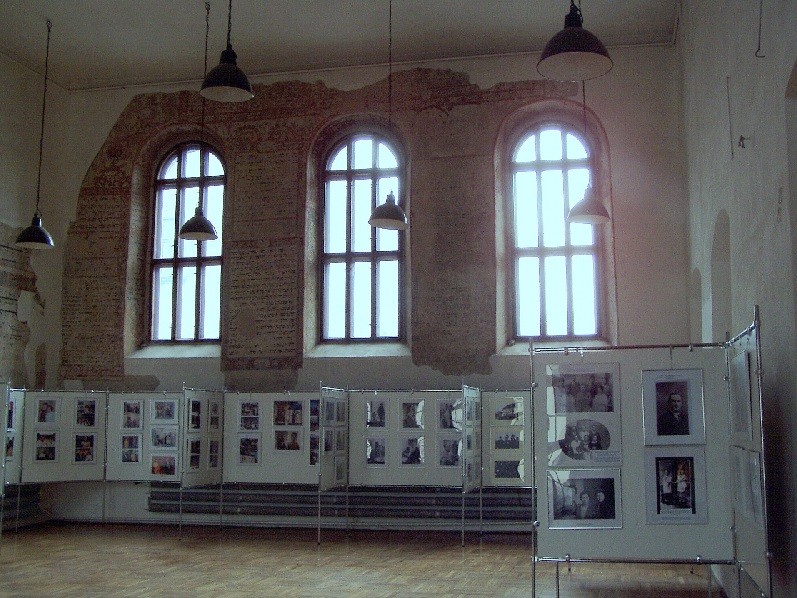 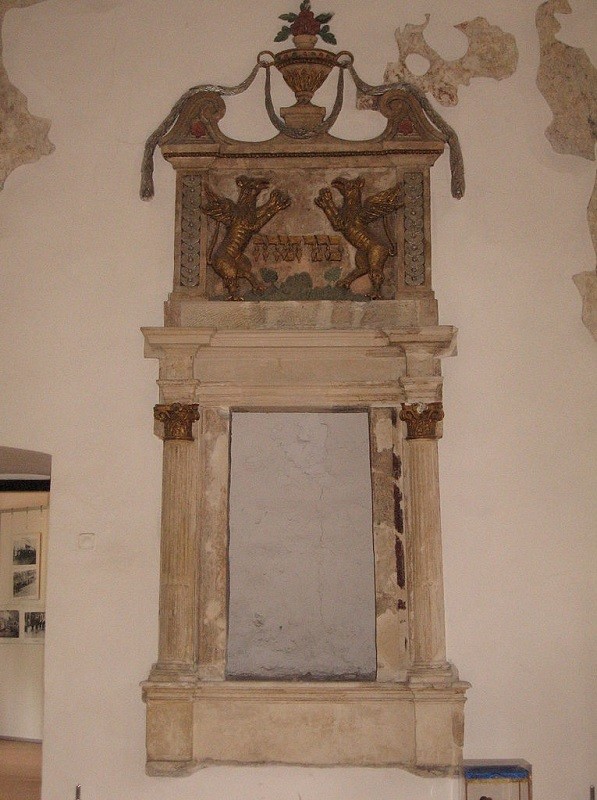 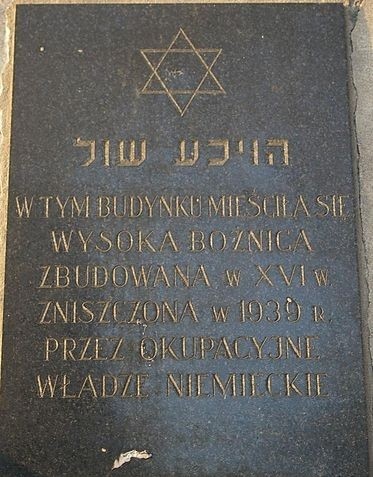 The High Synagogue is located in Kraków's Kazimierz, at 38 Józefa Street. It is called the High Synagogue because it is the only synagogue in Poland with a prayer room on the first floor. It was built between 1556 and 1563 and was one of the richest Jewish synagogues in the city of Kazimierz. Devastated during the Second World War, it was not renovated until the 1960s. After 2005, it started to host exhibitions devoted to the history and culture of Jews. In 2008, the building was finally regained by the Jewish Community. Currently, concerts, promotional meetings and exhibitions are organized here.