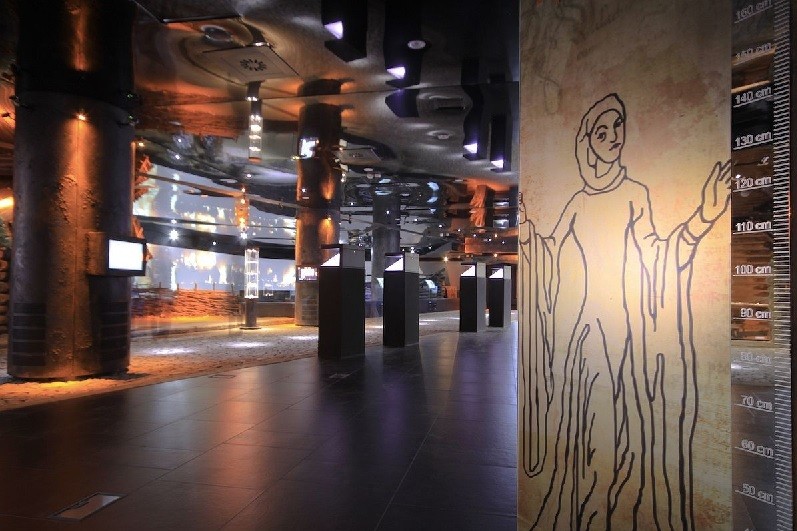 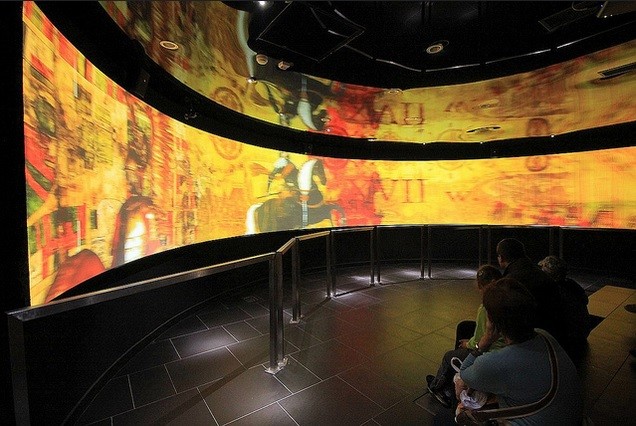 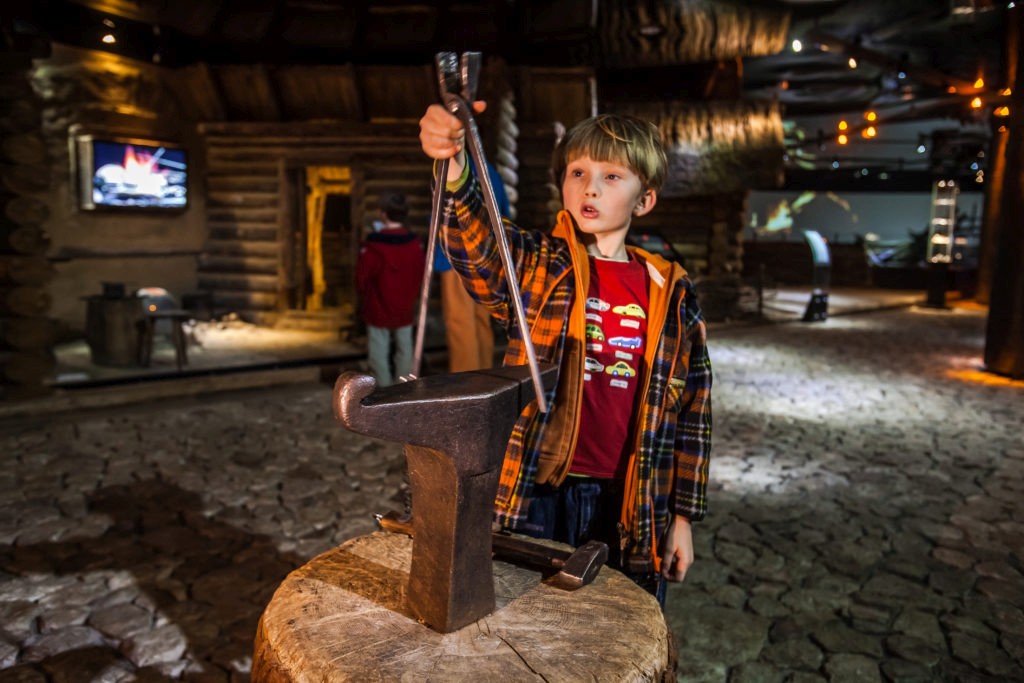 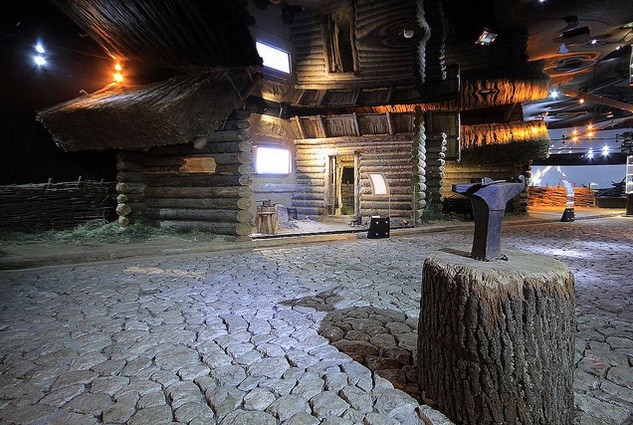 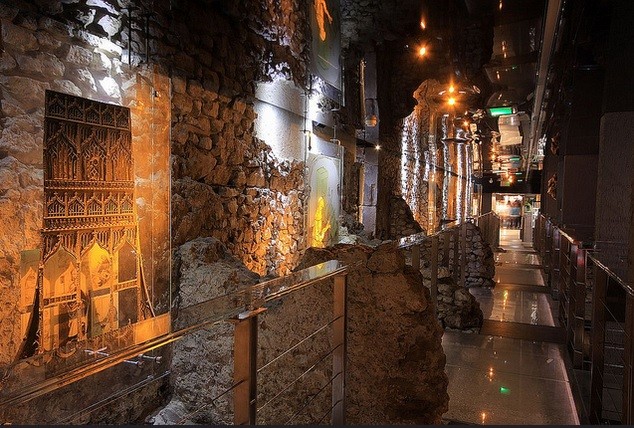 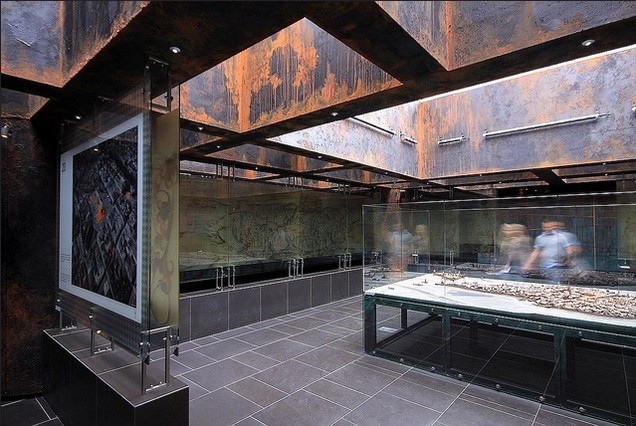 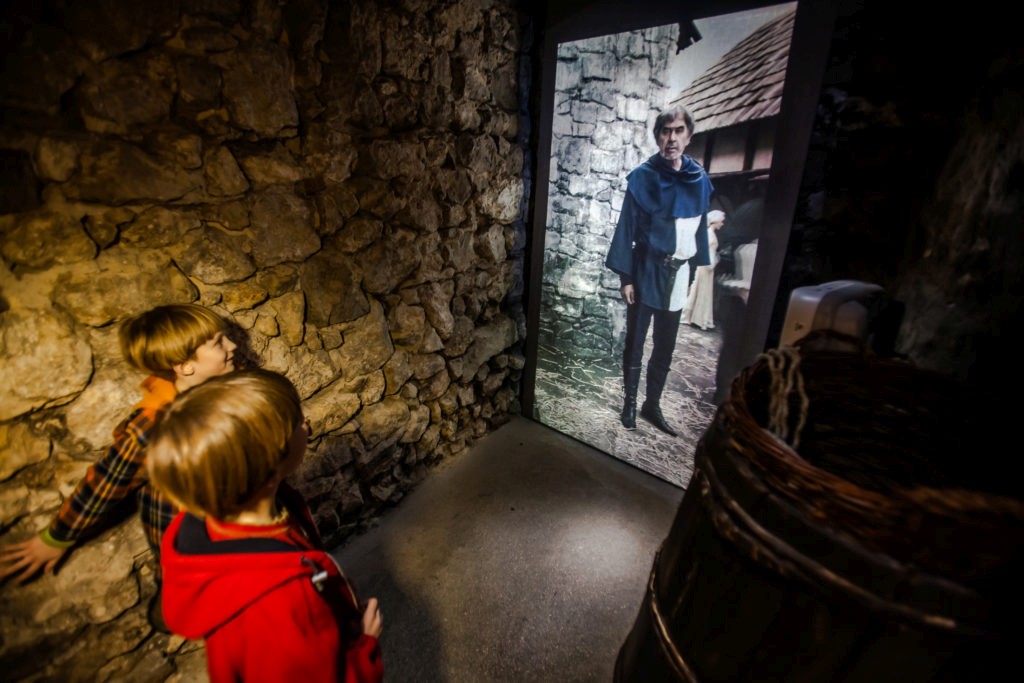 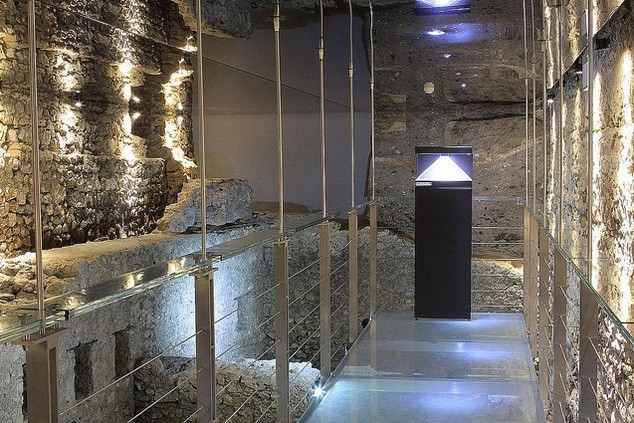 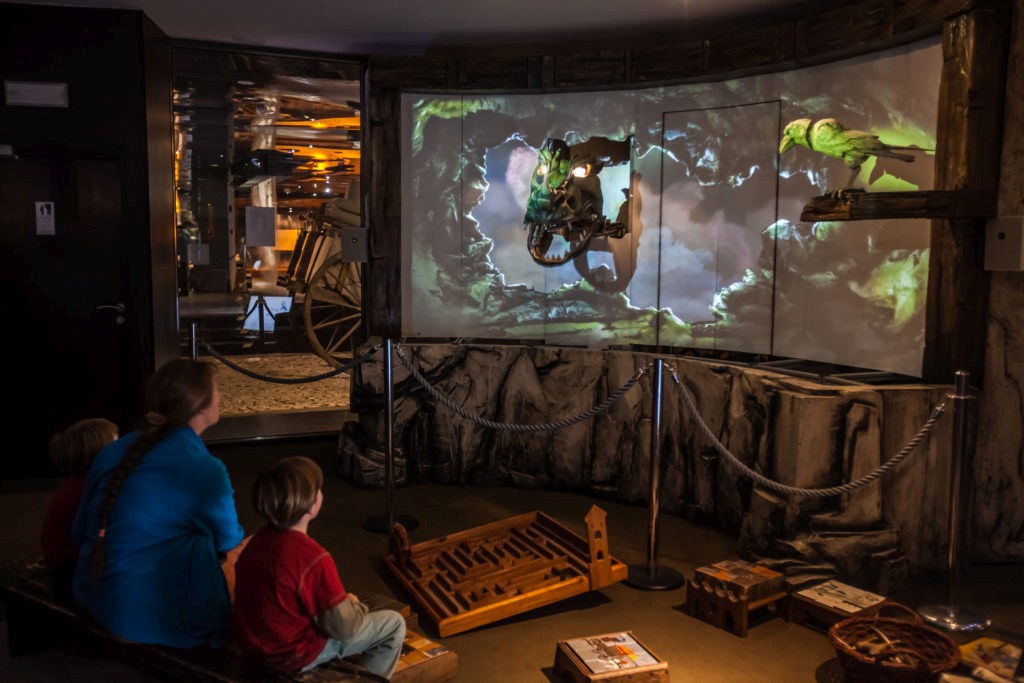 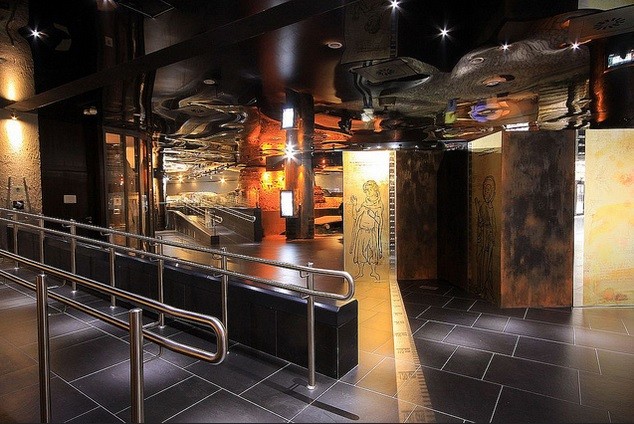 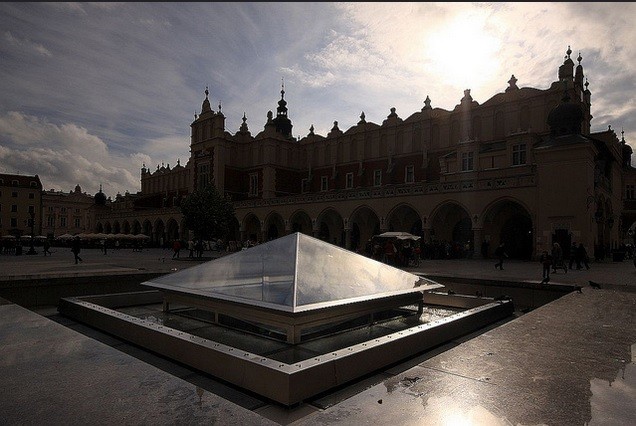 The Market Square Underground in Krakow is Krakow's biggest underground attraction. The archaeological research on the Main Market Square in Kraków began in the summer of 2005 and was planned to be completed after 6 months, but the scale of the discoveries was so great and valuable that they were finally conducted for 5 years. There is both a permanent and temporary exhibition in the Underground. The underground exhibition presents both the history of Krakow and the city's relationship with Hanza and the commercial and cultural centers of medieval Europe. The presented monuments (coins from the 14th century, ceramics, ornaments, medieval tools, 600-year-old hygiene utensils) confirm the centuries-old tradition of trade in the Market Square in Krakow, and the preserved fragments of paved roads testify to medieval technologies of road construction. The permanent exhibition, In the footsteps of Krakow's European identity, is a multimedia show - a journey through time, in which you can feel the atmosphere of the medieval market square. During the tour, tourists are accompanied by the sounds of the bustle of the market or burning buildings. Numerous modern multimedia techniques were used, e.g. holographic devices to present the reconstruction of buildings, aimed at creating an atmosphere in the museum that would allow one to feel the Krakow from seven hundred years ago. In addition to the usual exhibits, around six hundred models can be seen in three dimensions on one of the 37 touch screens.

The hidden sights of Kraków

While walking around Krakow, between the Cloth Hall and St. Mary's Church, tourists do not realize that there is a treasure trove of knowledge about Krakow hidden underground. To discover it, just go to the Underground Market.

The first underground works began in mid-2005. The scale and rank of discoveries meant that the work lasted 5 years. About halfway between the Cloth Hall and the Adam Mickiewicz Monument, archeologists found the walls of the so-called Rich Stalls, a place where luxury goods were traded 700 years ago. In the vicinity of the church of St. Adalbert, in turn, the foundations of the Great Weigh building were found. In the Middle Ages, as the name suggests, it was actually one of the largest in Europe. Mainly lead and copper were weighed on it. Archaeologists have even dug into the settlement that existed here before it was even called Krakow. The museum officially opened on September 24, 2010. The architectural design of the exhibition was created by professor Andrzej Kadłuczka with the Studio Archecon team. The author of the exhibition concept was Dr. Cezary Buśko. The route was arranged by Mieczysław Bielawski, Marcin Pietuch and Tomasz Salwierz.

The underground exhibition presents the rich history of Krakow, as well as the links that connected this city with the most important centers of trade and culture in medieval Europe. The museum itself consists of a large hall and three parallel corridors. The former Rich Stalls are the longest of the corridors. They run next to today's Sukiennice (to St. Mary's Church, to Great Weigh and towards St. Adalbert's Church). Medieval Cloth Hall consisted of two rows of buildings and a street between them. Their course does not fully match the present outline of the building. At the height of the monument to Adam Mickiewicz there are the oldest historic merchant stalls from the 11th century. They are leads to by footbridges made of glass and steel. The other two corridors are the historic cellars of the brick Cloth Hall.

Completely new rooms of the museum were created between St. John and Floriańska streets. From glass floors, footbridges and landings, visitors can see old wooden farms, houses, stalls and waterworks, reconstructed on the basis of the finds.

The main hall was dug where the inhabitants of nearby settlements were buried 900 years ago. Some were buried with their arms and legs tied - apparently, while they were alive, they were considered vampires. The bones of these people were laid in 2010 in the crypts of St. Mary's Basilica, and in the basement they were replaced with plastic imitations

There is both a permanent and temporary exhibition in the Underground. It is a multimedia show - a journey back in time where visitors can feel the atmosphere of the medieval market square. During the tour, they are accompanied by the sounds of the bustle of the market or burning buildings. In addition to the usual exhibits, around six hundred models can be seen in three dimensions on one of the 37 touch screens. The museum also has a steam screen and several dozen displays and projectors. The tourist route in the Underground Market leads between the stone and brick walls of the cellars of former commercial buildings, such as: Kramy Bolesławowe Stalls, Kramy Bogate Stalls, the Great Scales and the Cloth Hall. Interesting are also the preserved fragments of paved communication routes, which give an idea of the medieval technology of building roads. Numerous monuments introduce everyday life in Krakow from several centuries ago. At the exhibition visitors will see, among others medieval tools, antique coins, hygiene utensils used more than 600 years ago, clay figurines, ornaments, dice, as well as Tatar arrowheads or beads and medallions from the East. The 693-kilogram the slab of lead (the so-called loaf) is unique on a global scale. A special playroom and a mechanical theater showing the legend of the bygone Kraków were created, with the youngest visitors in mind.

The underground of the Kraków Market Square is a journey into the past, brought to life by archaeologist over the centuries. It is a place with intact in many places relics of structures, objects and architecture, stone roads with ruts carved by the wheels of carts transporting goods in the times of King Władysław the Short. It is a place where we will see the oldest brick commercial buildings in Krakow, ornaments, coins and various items lost or intentionally left by visitors to this place in the old days. For many months, experts in multimedia, scenography, three-dimensional productions and historians from the Trias consortium worked on the preparation of the exhibition. The aim of their work was to tell about the past so that visitors would forget about the present for a while. They fulfilled their task brilliantly.