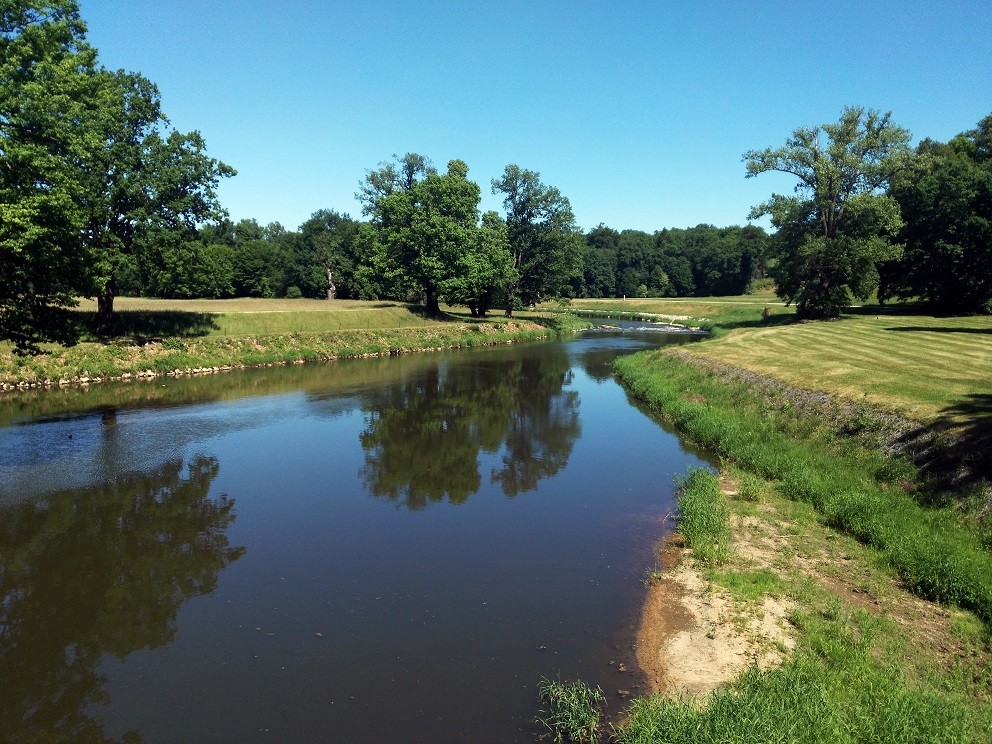 Muskau Park (Polish: Park Mużakowski) is a park located in Poland and Germany. It is one of the most extensive European historic landscape parks, with an area of approximately 700 hectares. The park area extends on both sides of the Nysa Łużycka. The most important building is the New Castle. Also worth seeing are the Viaduct, the Książęcy Bridge, the Bridge over the Ravine, and the Royal Bridge with an openwork balustrade. Along the marked routes, there are many viewpoints, for example, from the Hillki Hill there is a panorama of the river and the Castle Meadow with the New and Old Castle. The park was established in the first half of the nineteenth century by Prince Herman Puckler-Muskau, an outstanding expert and creator of German landscape gardens. In 2004, the Polish part of the park was recognized as a Historical Monument. In the same year, Muskau Park was inscribed on the UNESCO World Heritage List as one of the most outstanding works of European garden architecture of the nineteenth century.