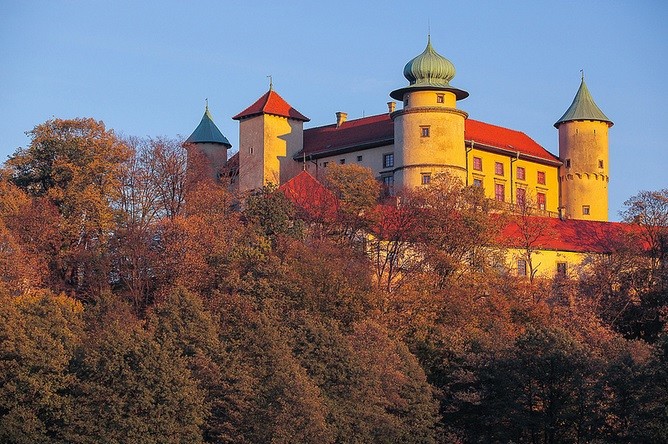 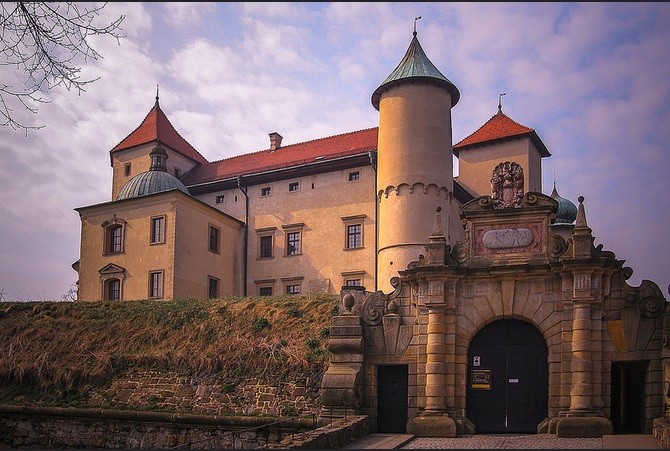 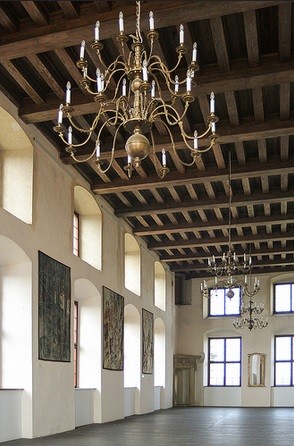 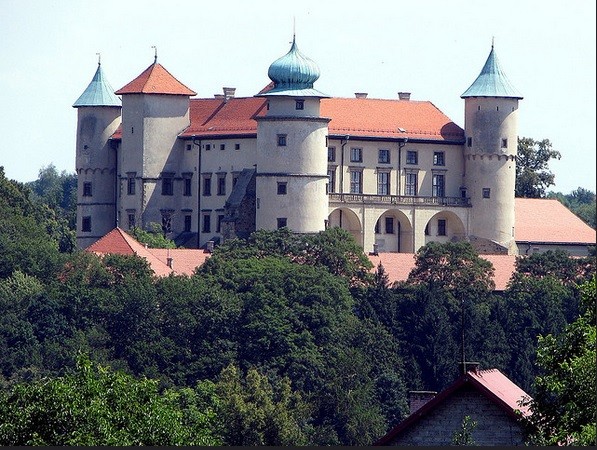 Nowy Wiśnicz castle is situated about 1:15 h drive from Kraków (73 km). It was erected in the second half of the 14th century. It has quadrangle plan with inside courtyard and 4 round, corner towers in early Baroque style with some Renaissance elements. The castle is surrounded by fortified bastion from the 17th century. Currently, the palace is a headquarters of Wiśnicz Regional Museum in which tourists can see earlier photos of the castle, furniture from the 19th and 20th century, castle models and art works of students of the near by art high school. The palace chambers available to tourists include a great ballroom, a plafond room with gold-plated ceiling, an acoustic chamber, a castle chapel and a crypt. Sightseeing of the castle takes about 1 h.