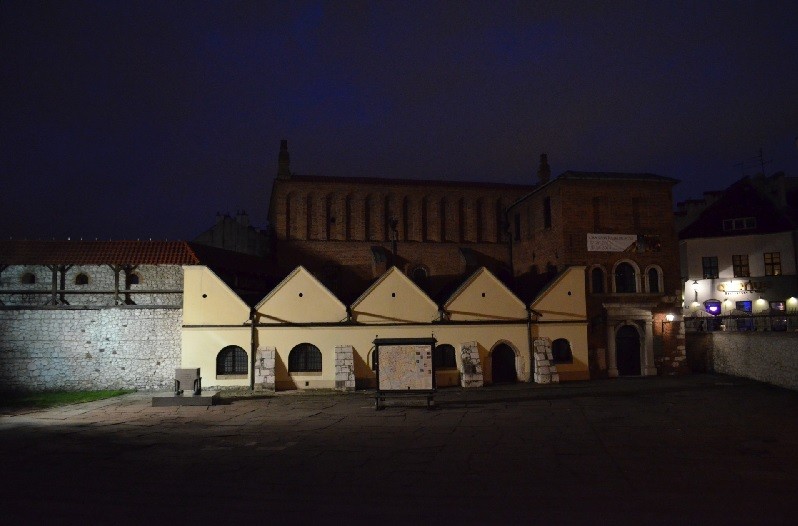 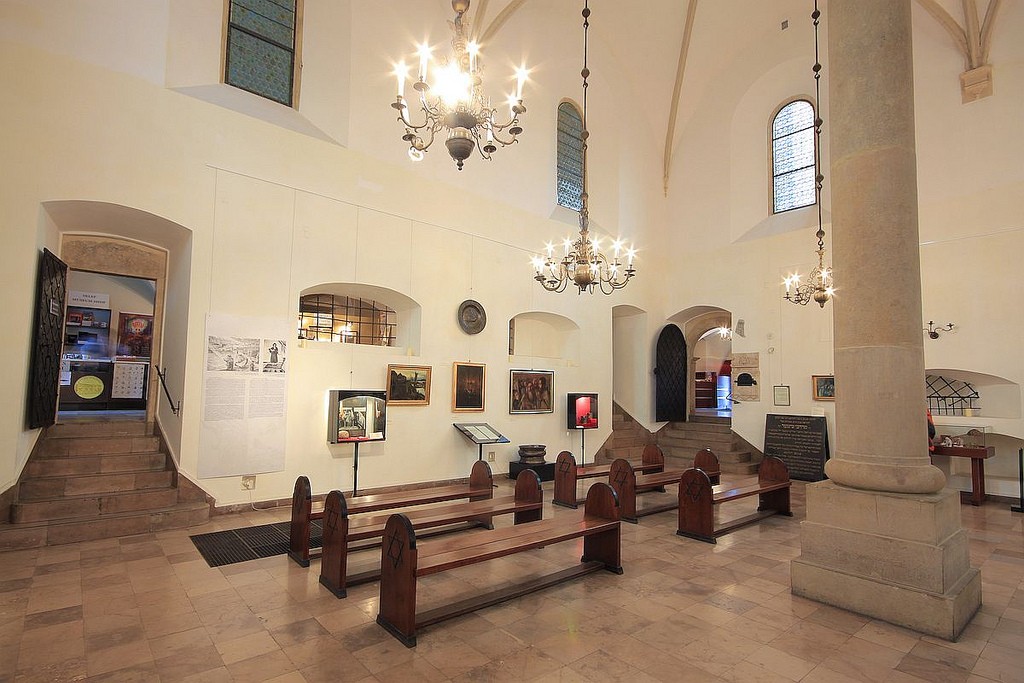 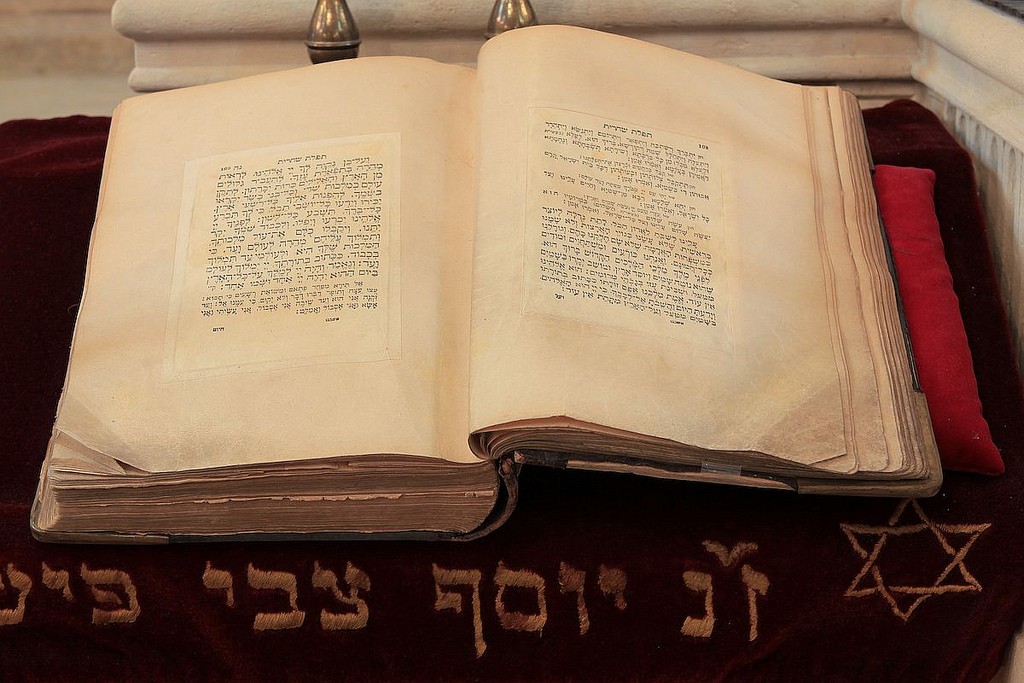 The Old Synagogue is currently a branch of Kraków City’s Museum and is situated in the very heart of Kraków’s Kazimierz at 24 Szeroka Street. It is one of the oldest buildings of this type in Poland and in Europe. It was built in the second half of the 15th century. Unfortunately, during its history it has burnt a few times. Still, the most tragic period was of course the World War II when the Nazis devastated the building completely. It wasn’t rebuilt till 1956. Then it regained its Gothic-Renaissance look. Nowadays, the museum presents Jewish, religious items in three major exhibitions: the synagogue, holidays and ceremonies and private and family life. The synagogue can be visited individually or with a guide. When you visit Kraków’s Kazimierz you just cannot omit this place.

If you are interested in Jewish history. Their customs, rituals, culture and religious life You need to visit place at ul. Szeroka 24. This is the main synagogue of Krakow Jews, established here over 500 years ago. The center of life of the entire Kazimierz community until 1939, and after World War II the largest museum dedicated to people who for centuries were took a big role in the city and were created its mixed-culture character.

The Old Synagogue was built in the 15th century by the Jewish people who escaped to Poland from Bohemia and found a safe place to live here. There are different dates of creation, one 1407 and the other 1492. The synagogue was built of brick in the Gothic style. However, the fire that took place in the middle of sixteenth century damaged the building and caused the roof to collapse. Quickly they rebuild it in a Renaissance style, more flat shape based on two columns. The women's gallery and a vestibule also were added in the same time. The famous Italian architect Mateo Gucci managed whole the works. In its history Old Synagogue Krakow suffered from many fires, after which, however, it was quickly returned to previous, prestigious condition. The synagogue was associated with many famous rabbis, including Isaac the Levite or Dow Beer Meisels. It was visited by distinguished guests: Tadeusz Kościuszko in 1794, Austrian archduke Rudolf in 1881 or Polish president Ignacy Mościcki in 1927. The most difficult time in the history of the synagogue was World War II. The occupiers closed the building, all equipment was robbed and taken away, and the interior was devastated. They created a warehouse here. Few years after the war, people of Krakow rebuilt the synagogue and in 1959 a museum was opened here showing the elements of religious, cultural and social life of the Jews in Krakow as well as elements of the equipment of the former synagogue.

Welcome inside the Jewish world

In addition to the beautiful Gothic-Renaissance architecture, which is emphasized by two slender columns, you can see a reconstructed iron bimah. For centuries it was the place where the Torah was read and were they pray in the main hall. There are also a Renaissance portal (16th c), a well and a silver moneybox (17th c) and a beautifully decorated closet for Torah scrolls - Aron-ha kodesh (16th c), which has luckily survived to our times. The original painting of the synagogue was completely destroyed. Currently, the interior of the place is occupied by exhibitions presenting various aspects of Jewish culture and religion. In the main hall there is equipment of synagogues (lambrequins, parochets, Torah crowns, Hanukkah lamps, bells and many others) and exhibits related to particular holidays in the Jewish calendar (dishes used on the Sabbath, trays, fragrance containers). We will also find here elements of traditional Jewish clothing, both ordinary and festive. We can get to know the everyday life of Jews by going to the southern women's gallery. Here are presented exhibits related to the human life cycle, from birth, through circumcision, bar-mitzvah to marriage, death and commemoration of the person. You can also find here a things related to education, marriage, divorce, maintaining kosher food or almsgiving. Temporary exhibitions, connected with the history and culture of Jews in Poland and Krakow, are organized in the northern women's gallery. Exhibitions in all parts of the synagogue are complemented with photographs and paintings depicting the life of the Jewish community in Poland.

The Old Synagogue is one of the most important places to see, if you decide to visit Kazimierz. It stands by the old walls of this city, which have survived in a small parts to our times. Outside the synagogue, you will also find a stone obelisk commemorating the victims of the Nazi crime of 1943. From the level of Szeroka Street, you can see the entire northern side of the synagogue: the arcaded roof, the jagged shape of the women's gallery and the vestibule that leads to the temple. The square in front of the synagogue is a vibrant place, full of people from all over the world, who come to Krakow to see old Jewish monuments. In a close proximity of the synagogue there are many restaurants that tempt their potential guests with smells, music and the wonderful atmosphere of the places. The square at the Old Synagogue teems with life every year at the end of June or beginning of July. This is where the final concert of the "Jewish Culture Festival" is organized. The famous Shalom on Szeroka Street. So if you are planning to visit Krakow, you must be here.