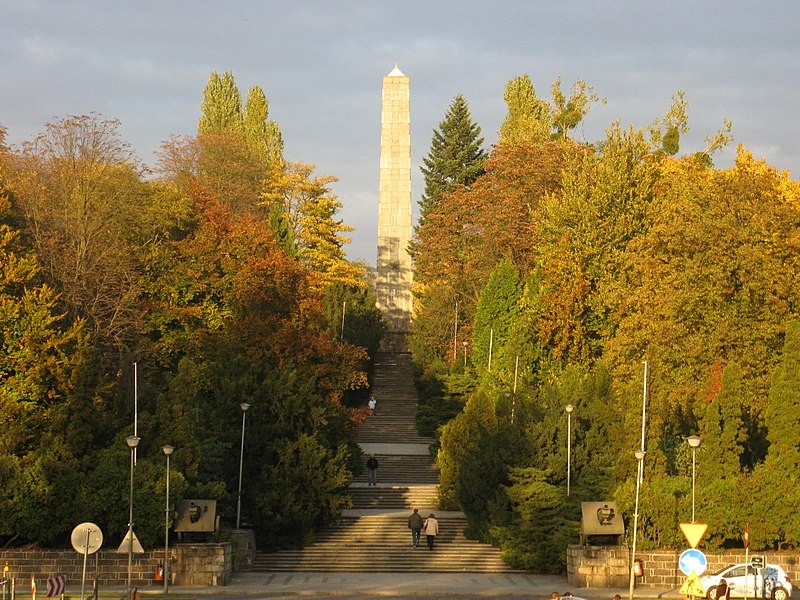 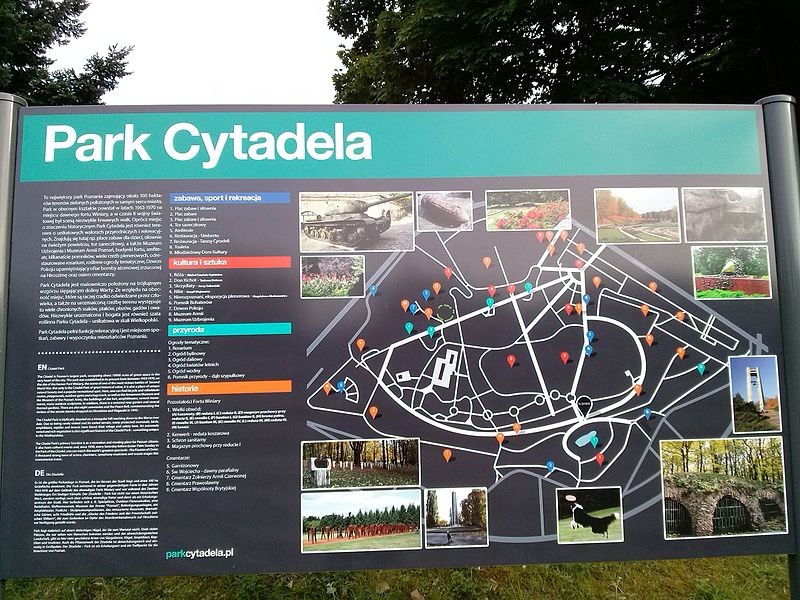 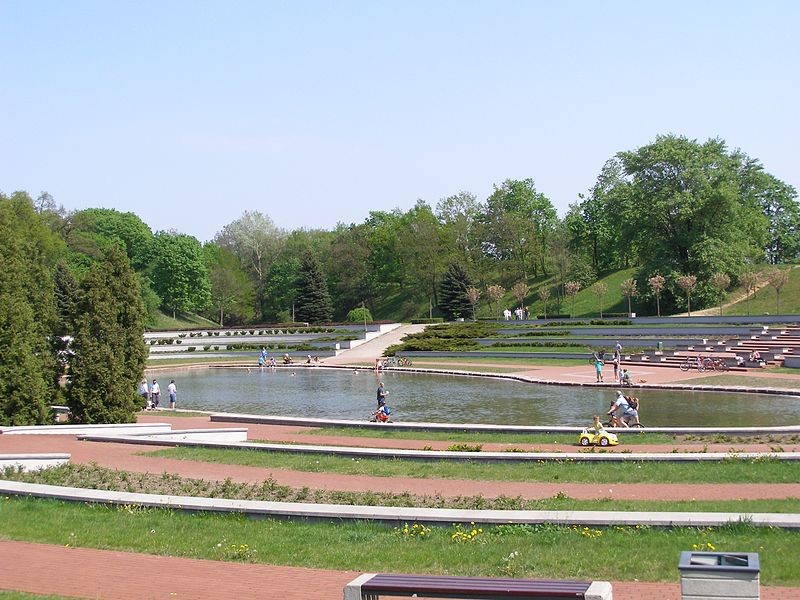 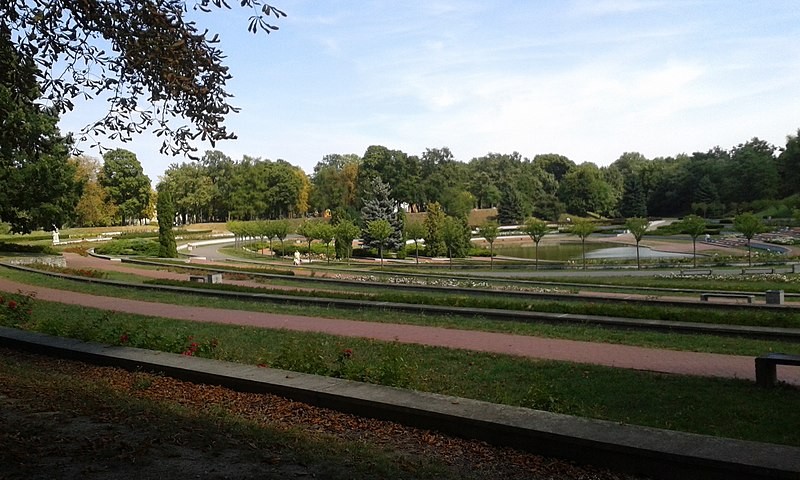 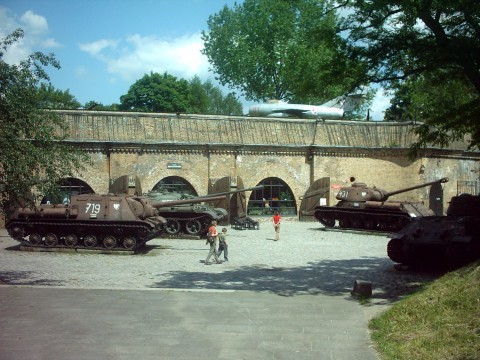 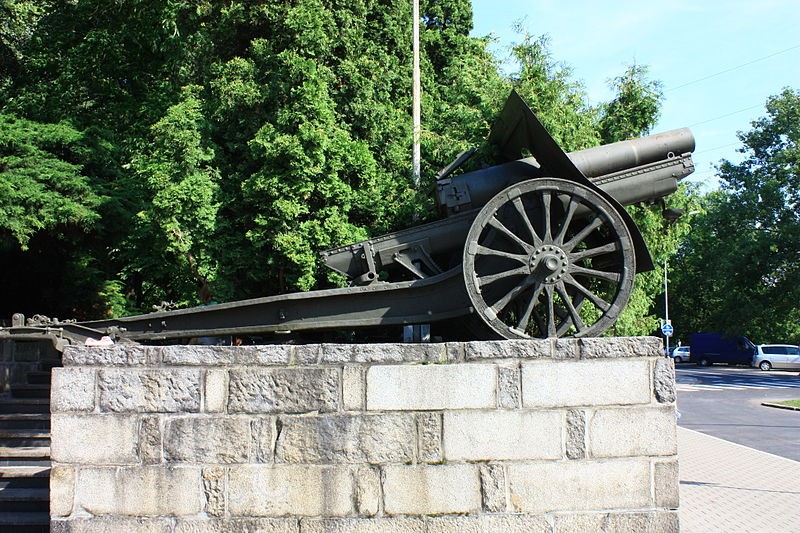 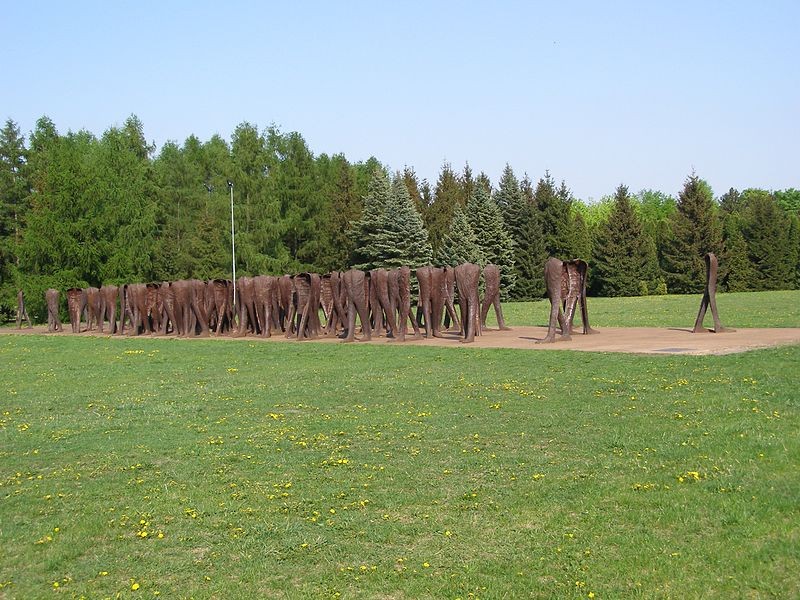 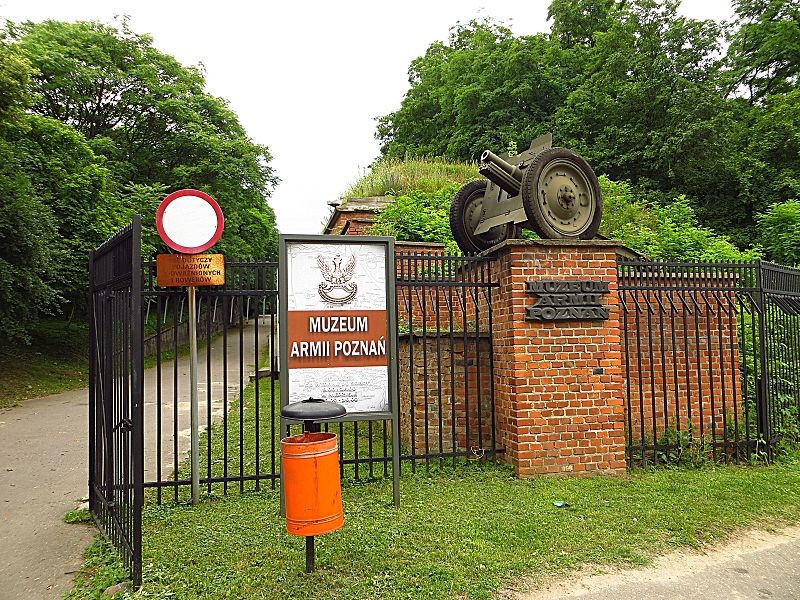 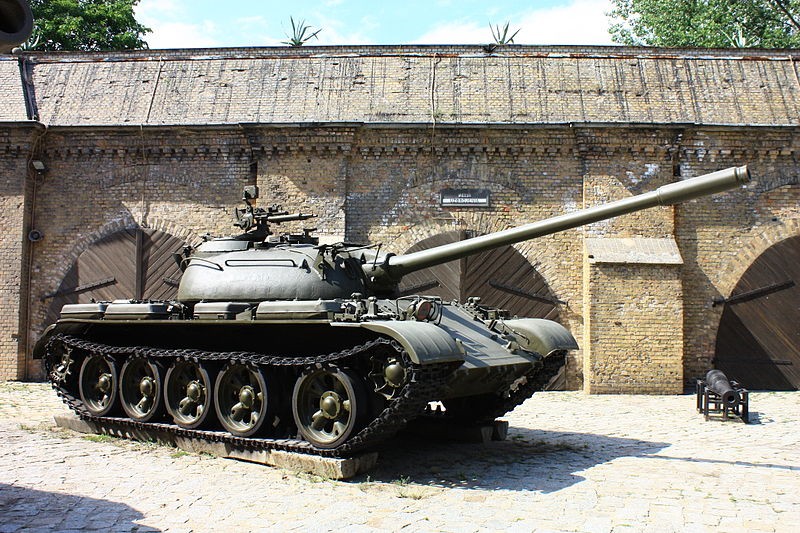 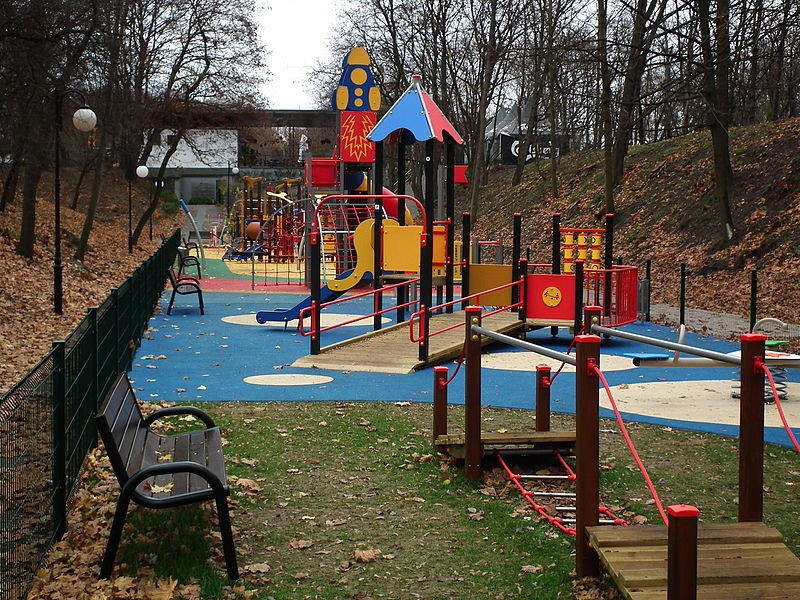 Park Cytadela (Polish: Park Cytadela w Poznaniu) is the largest park in Poznań with an area of approximately 100 ha. It was built in the years 1963–1970 on the site of the former Fort Winiary. There are two museums in the park - the "Poznań" Army Museum and the Armaments Museum. Near the Monument to the Heroes, there is a monument to the Marshal of the Soviet Union Vasily Chuikov (1900-82) unveiled in 1982 - the commander of the 8th Guards Army, whose troops stormed the Citadel in 1945. The south-western slope of the hill is occupied by the cemeteries of soldiers who died during World War I and II. In 2002, on the occasion of the 750th anniversary of the city's founding, Magdalena Abakanowicz's installation "Unrecognized" was erected in the park. The outdoor military equipment park is a big attraction. The exhibition includes over a dozen examples of military vehicles, several airplanes and helicopters from the post-war period, and many guns and mortars of various types. The park also offers plenty of attractions for families with children of all ages. Wide alleys, shady corners allow you to safely run, ride bikes, rollerblades or scooters. In the park there is a playground and a cafe where parents can relax while playing.