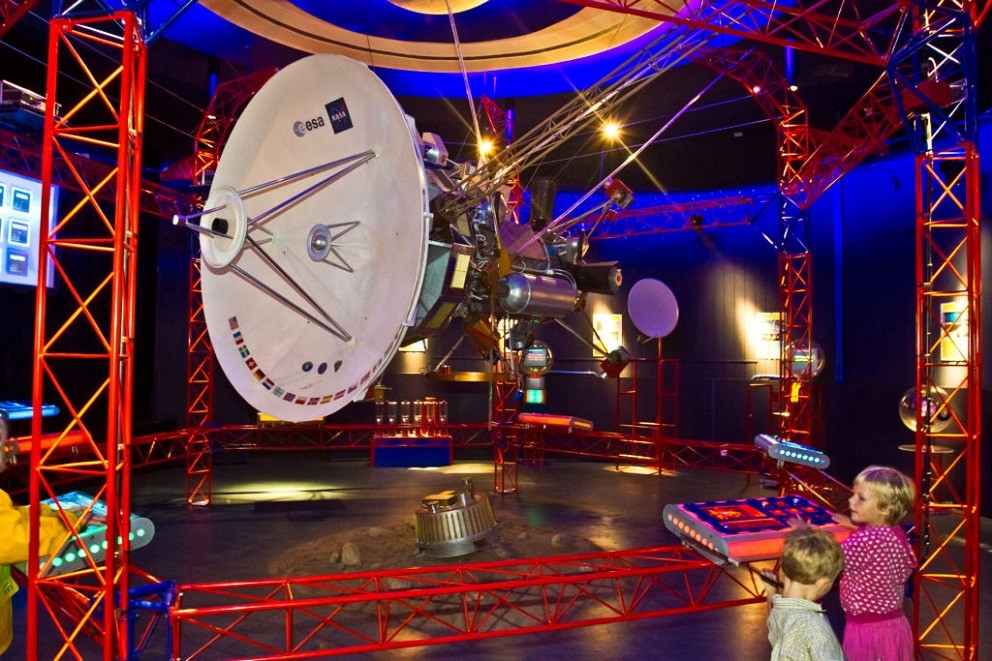 The planetarium is one of the greatest attractions of Toruń. It was officially opened on February 17, 1994, and the first public screening took place two days later, on the anniversary of Copernicus' birth. The Planetarium Hall is a place where, thanks to special equipment, popular astronomical shows are displayed. Spatial images are created by video animations displayed from projectors and they cover the entire dome above the viewers' heads with a moving image (the so-called fulldome system). The screenings last about 40 minutes. Depending on the title, they tell about the size and structure of the Universe, describe the most popular constellations in the sky, and reveal the secrets of planets and galaxies.The heart of the Planetarium is an RFP II star projector of the German company Zeiss, which is used to faithfully reproduce the appearance of the sky from any moment and anywhere on Earth. Selected astronomical sessions at the Planetarium are also available in English and German. The planetarium is located in the western part of the Old Town Complex, at 15 - 21 Franciszkańska street in Toruń.