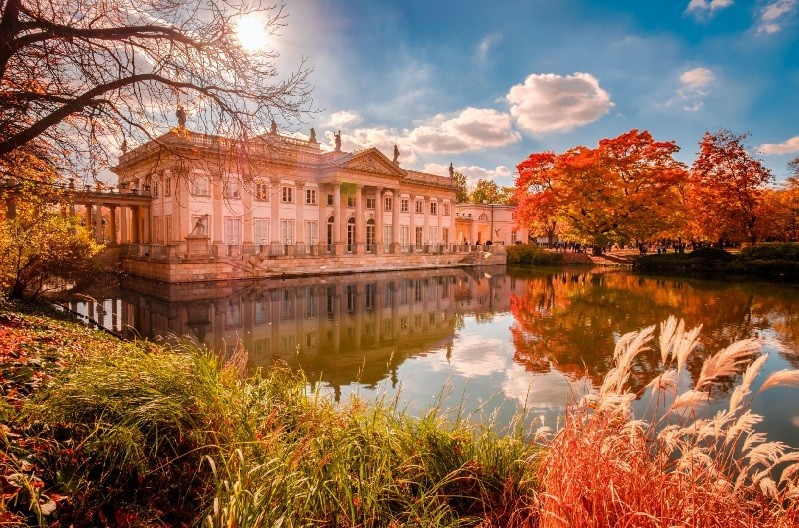 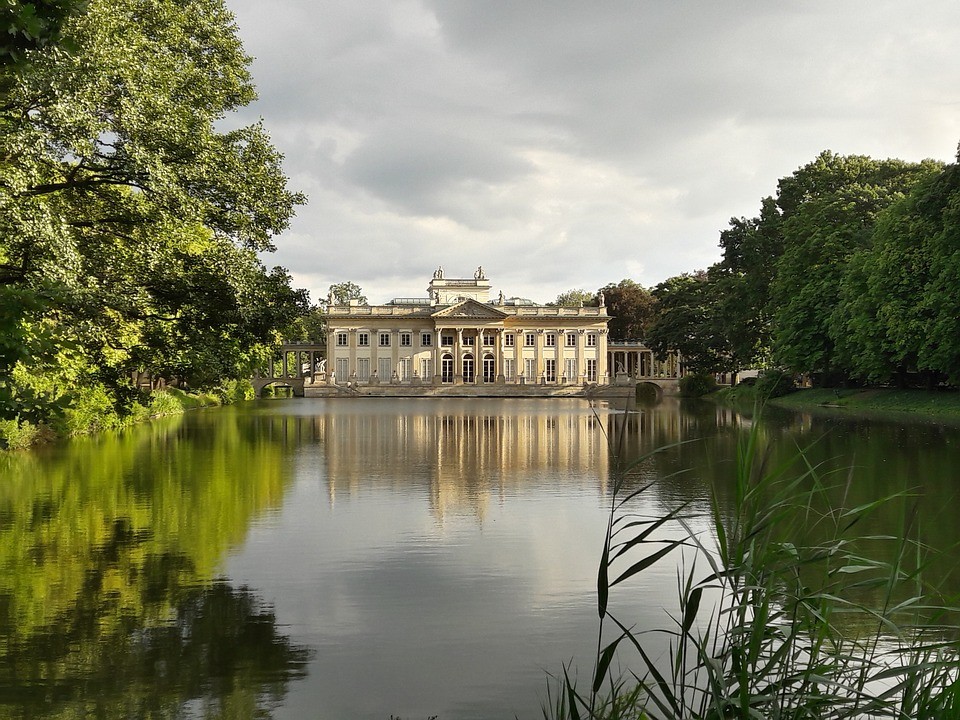 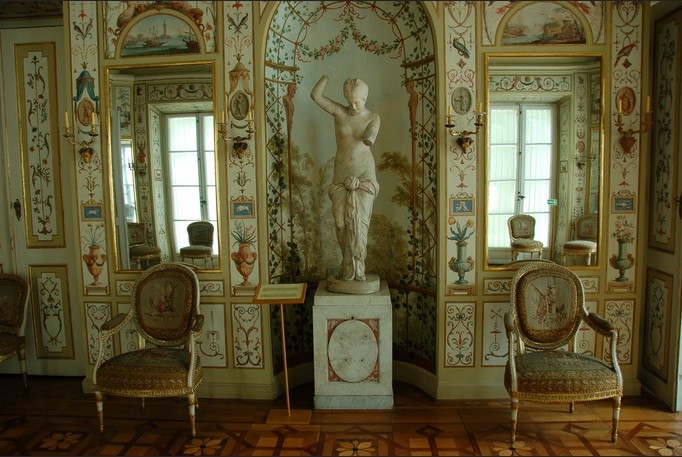 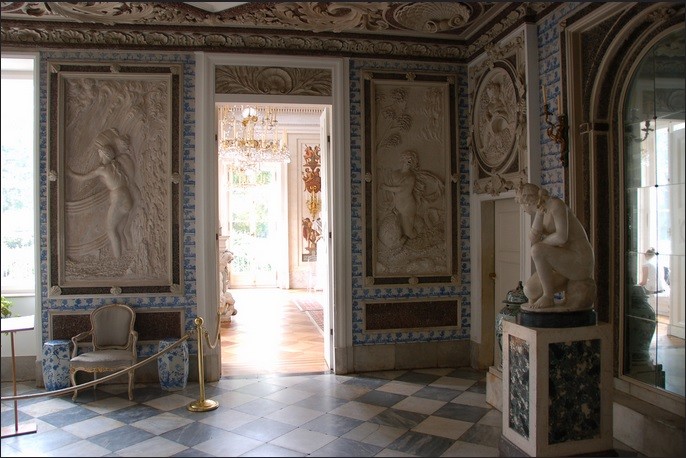 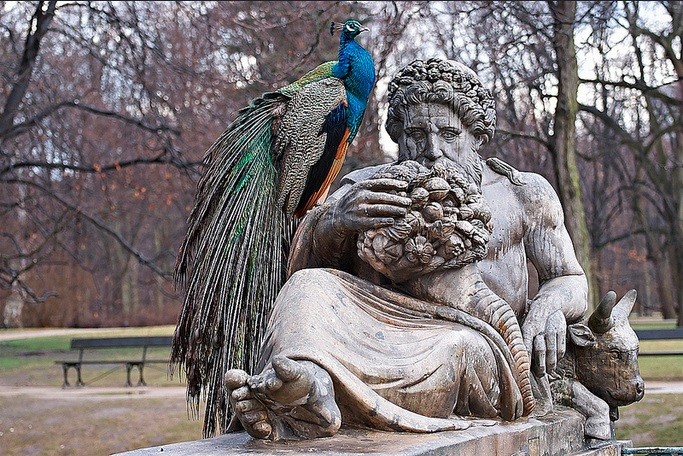 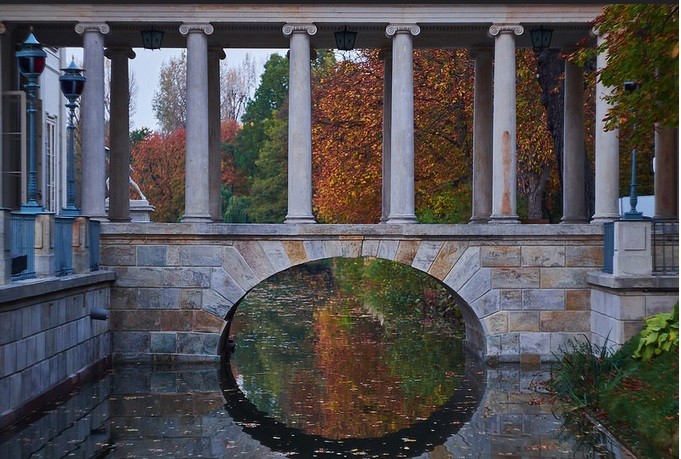 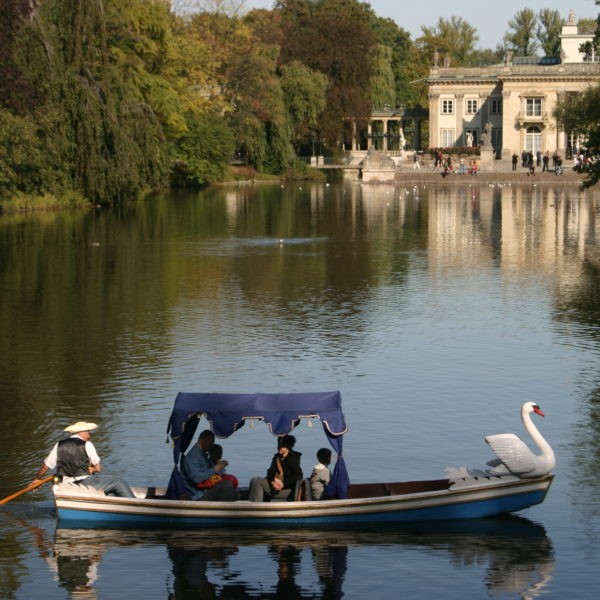 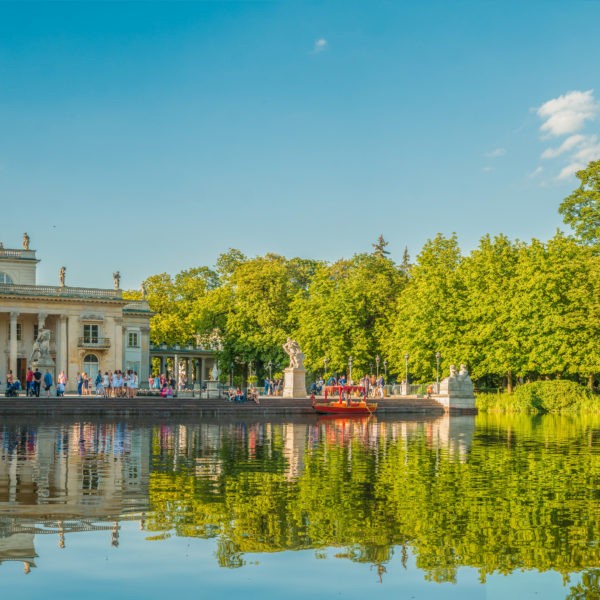 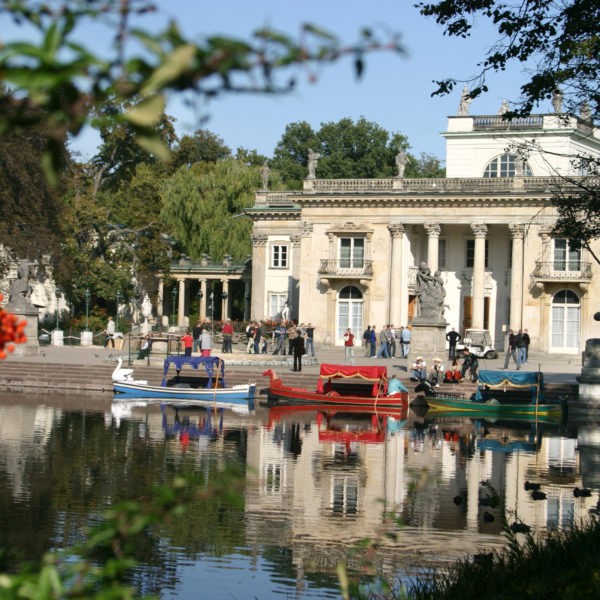 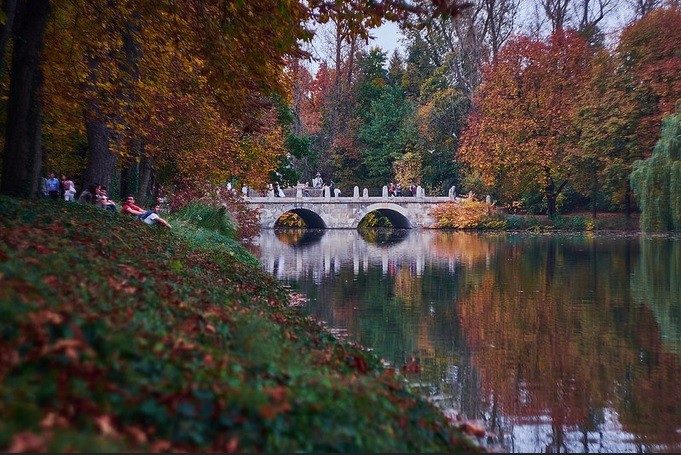 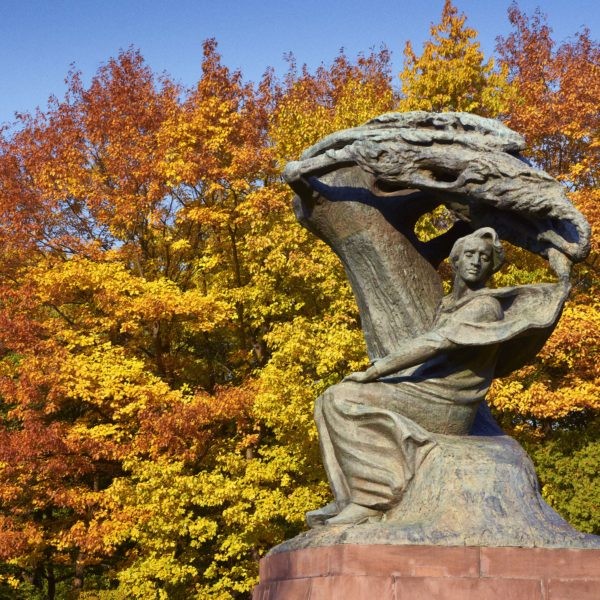 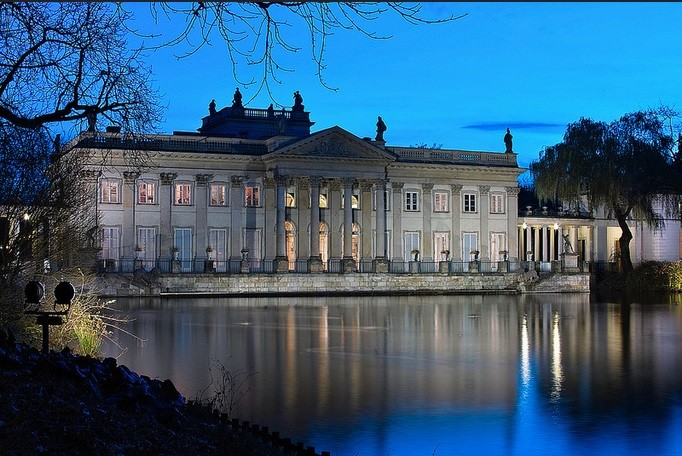 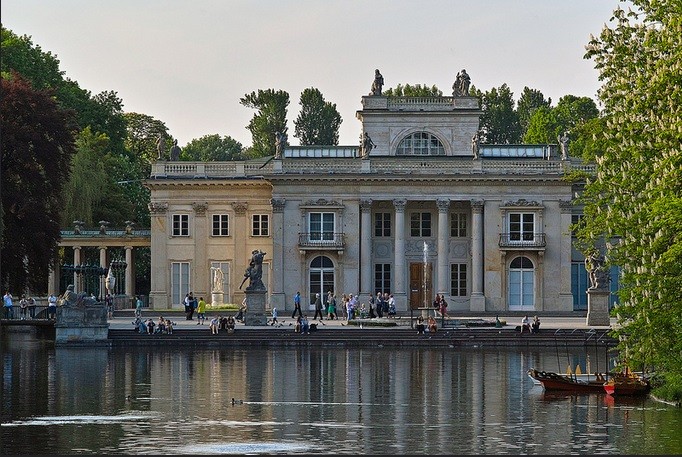 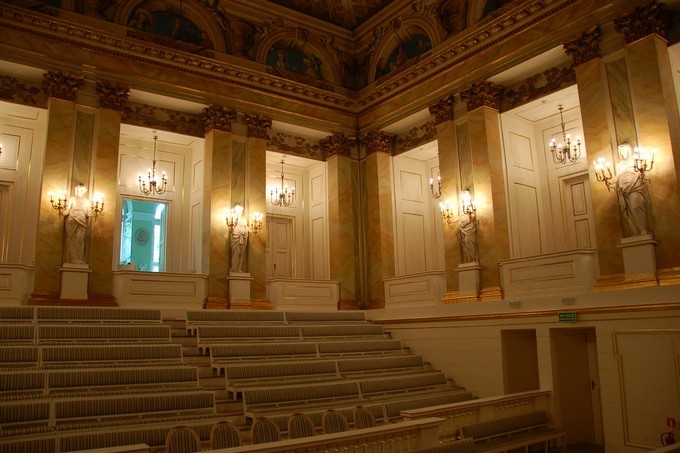 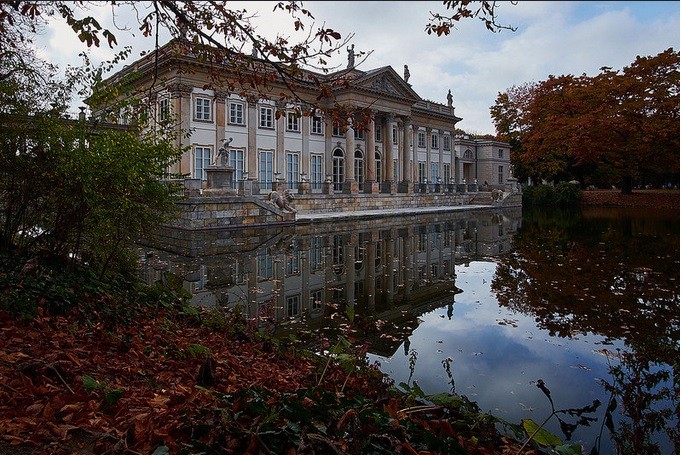 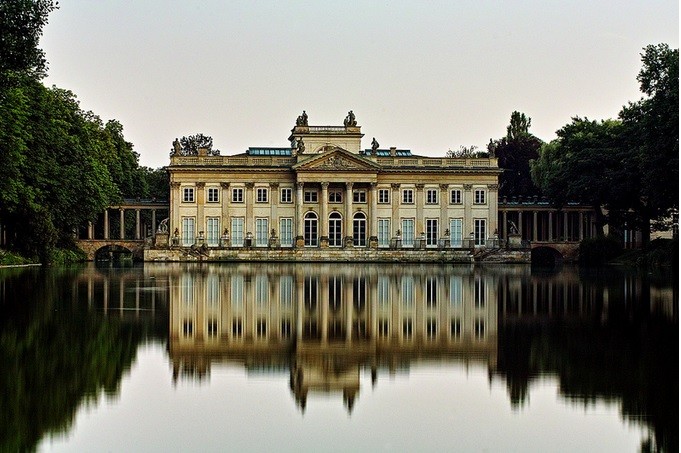 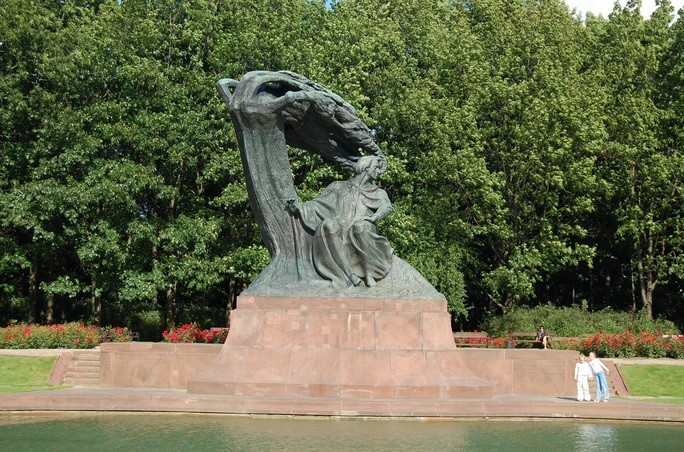 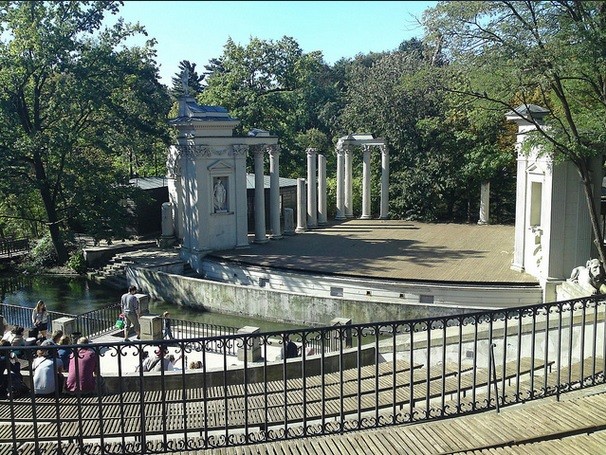 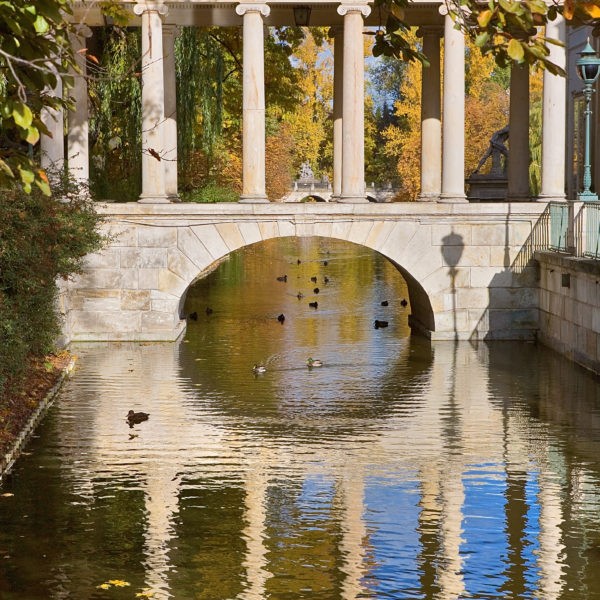 Royal Baths or Łazienki Królewskie is the largest park in the centre of Warsaw. Łazienki are situated halfway down the Royal Route, between Royal Castle and Wilanów. On the area of 76 hectares one may find over 40 points of interest and numerous historic buildings, designed by the king Stanisław August Poniatowski’s in-court architects. Palace on the Isle, Roman Theatre, Myśliwiecki Palace or Chopin Monument are just a small selection. Łazienki Królewskie host various cultural and entertainment events, displays and exhibitions, including Royal Collections of portraits, coins, paintings and sculptures.

Łazienki Park also known as Royal Baths Park is a charming park and palace complex, which today serves as a museum. They are open all year round for tourists. It is one of the biggest tourist attractions in Warsaw.

In the Middle Ages, in the place of today's Royal Baths, there was a zoo, which was used by the Dukes of Mazovia as a place for organizing hunting. Then, in the 1880s, Stanisław Herakliusz Lubomirski built two pavilions there, which were designed by Tylman van Gameren - Hermitage and Baths.

In later years, the area and the buildings were bought from the Lubomirski family (exactly from the widow of Lubomirski and her son) by the Lithuanian carpenter, Stanisław August Poniatowski. Preparing for the role of king, he was looking for a place outside the city for his private residence. The reconstruction and modernization of this area has started. The first building built by King Stanisław was the White House. Numerous other buildings, sculptures, ponds, gardens and parks were also built. All buildings that were erected during the reign of King August Poniatowski were in the classicist style. As the Royal Łazienki was the king's summer residence, he stayed there from the end of May to September. During this period, he hosted there representatives of other countries, famous writers and scientists. The king lived in the Palace on the Island rebuilt from a pavilion, the royal family in the White House, senior court officials in the Myślewicki Palace, and lower officials and servants - in the Great Outbuilding. In 1767, Belweder was officially attached to Łazienki.

During the Second Republic of Poland, Łazienki became the property of the State Treasury. During World War II, Łazienki was closed to Poles by the German authorities. Many buildings, monuments and works have been destroyed. Among other things, the monument to Fryderyk Chopin was completely destroyed.

From 1959, from May to September, Sunday Chopin concerts began to take place at the rebuilt monument of Fryderyk Chopin. The Palace on the Isle was handed over to the National Museum in Warsaw, while the Łazienki Park as a whole was subordinated to the Palace of Culture and Science. In April 1960, a museum was established in Łazienki as a branch of the National Museum in Warsaw.

In 2012–2015, the Palace on the Island, as well as the Amphitheater, the Myślewicki Palace and their surroundings were renovated. The asphalt was completely removed from the park alleys and replaced with paving stones or mineral pavement. In 2018, the Museum of Hunting and Horsemanship was added to the Łazienki Królewskie Museum.

The entire complex of Łazienki covers an area of 76 ha, of which nearly 5 ha are water reservoirs. Visitors can enter the park through 10 gates. There are a total of 40 buildings here, many of which are valuable monuments.

The most famous building is the Palace on the Isle with stylish interiors. There are many works of art and items from the period. On the ground floor there are: Bacchus Room, Ballroom, Portrait Room, Rotunda with statues of rulers, Picture Gallery, Chapel and the Dining Room reminiscent of the royal "Thursday dinners". On the first floor, visitors can admire the former royal apartments.

Parallel to the Palace on the Isle, other residences were built. In the years 1774-1776, the White House was built at the Royal Promenade, a monument of 18th-century residential architecture unique on a Polish scale, with the Royal Gallery of Graphics and the first grotesques in Poland by Jan Bogumił Plersch and Jan Ścisła.

The Myślewicki Palace, which became the seat of the royal nephew, Prince Józef Poniatowski, was situated in the eastern part of the Łazienki gardens. The building has survived almost unchanged - in its interiors you can admire mostly original painting decorations by Jan Bogumił Plersch and Antoni Herliczka.

The Old Orangery, designed by Dominik Merlini, houses the Royal Theater, one of the few original 18th-century court theaters in Europe, and the Royal Sculpture Gallery with plaster copies of the most famous sculptures of the ancient world.

The architecture of the amphitheater visible from the terrace of the Palace on the Island refers to the ruins of Herculanum and the Roman Forum. His scene is captured on both sides of the sculptures: the dying gladiator and the dying Cleopatra.

From 1 January 2018, the Museum of Hunting and Horsemanship also became a part of the Royal Łazienki Museum.

In addition to the magnificent architecture in Łazienki, visitors can also see beautiful nature. There are many picturesque nooks, bridges, ponds, sculptures and sundials, native and exotic plants in the amazing gardens. About 100,000 flowers bloom here in spring. Lawns and meadows cover over 36 ha. Many species of birds live here. The oldest garden is the Royal Garden, decorated in the 18th century in the English style. It is here that the main walking axis between the White House and the Palace on the Water - the Royal Promenade - and the Chinese Garden, which is a restored establishment initiated also by King Stanisław August Poniatowski, are located. Next to the Belweder Palace there is a 19th-century Romantic Garden, and in the 20th-century Modernist Garden visitors can admire the Palm House and the famous Chopin Monument, where concerts are held in summer.

Events in the Park

The Royal Baths is a place teeming with culture and art all year round. The Museum in Łazienki Warszawskie regularly organizes various events and various exhibitions according to the calendar that can be found on the website of the Royal Baths in Warsaw. The calendar includes attractions for people of all ages. It is a perfect place for kindergarten and school trips, as well as for people who come individually.

The Gardens of the Royal Baths are open daily from 5.00-22.00. Admission to the Palace on the Water, the Old Orangery, the Myślewicki Palace and the Museum of Hunting and Horsemanship is ticketed and takes place from Tuesday to Sunday at different times depending on the season. Thursday is the day of free admission.

The Royal Baths in Warsaw is a place that everyone should visit at least once in their life. This is a must-see on the tourist list of attractions in Warsaw. Next to the Palace of Culture and Science, Łazienki is one of the most recognizable places in the capital.