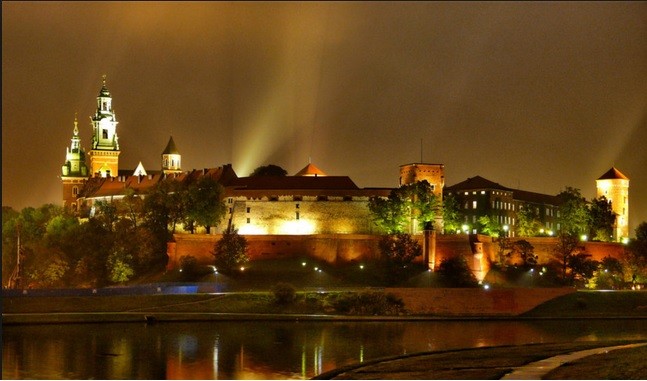 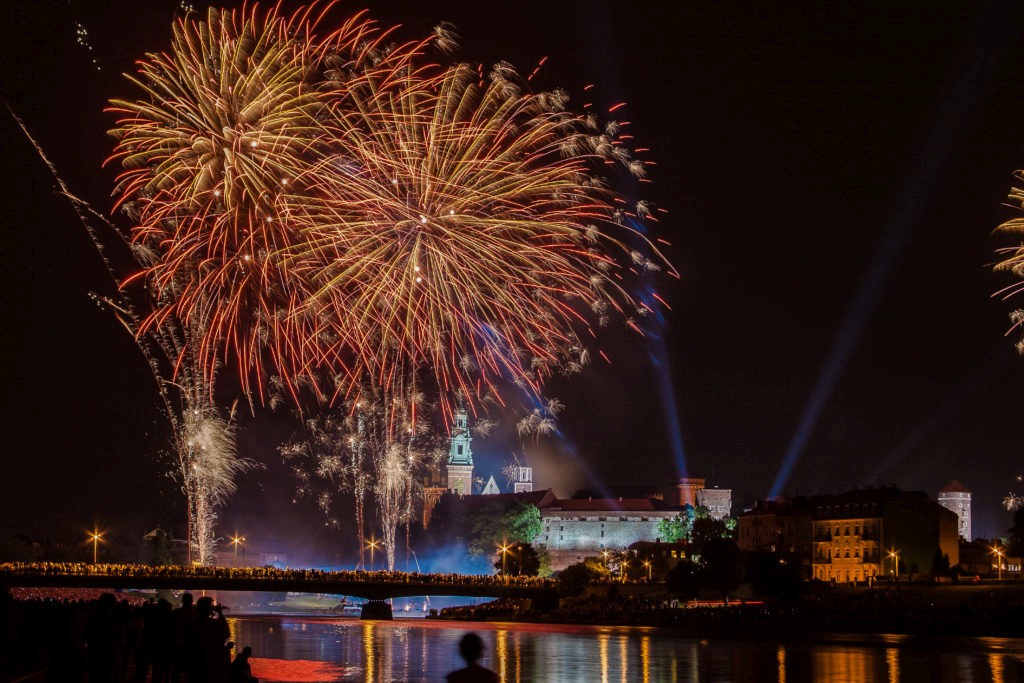 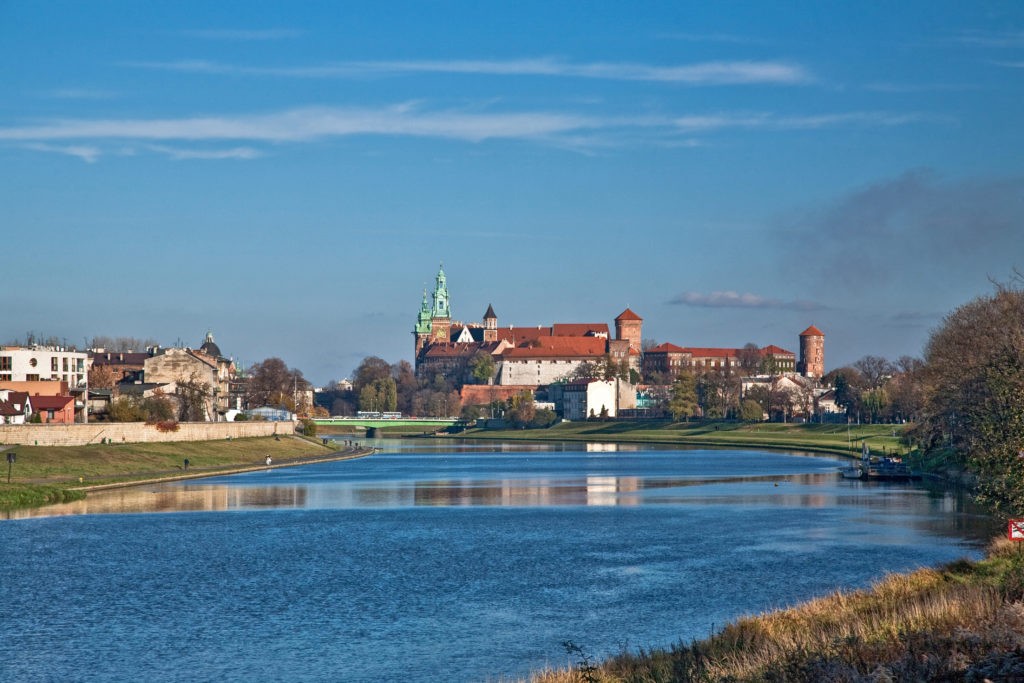 It is the old residence of Polish kings situated in the heart of Cracow at Wawel Hill which is a Jurassic limestone rock rising at the left bank of the Vistula (Wisła) river. During the first Polish kings reigns from Piast dynasty Wawel was one of the first royal abodes. In 14th century when Kuyavia Ladislas the Short (Władysław Łokietek) was crowned and moved to Wawel, this is how the new royal headquarters was established. The golden age of Wawel castle was during the Jagiellon rule, especially during rains of such kings as Sigismund III the Old (Zygmunt III Stary) and Sigismund Augustus (Zygmunt August) who were fascinated by Renaissance movement in Europe and wanted to give their main abode really modern character.

A historic Royal Castle atop the Wawel Hill

Wawel Royal Castle is one of the top highlights in Kraków. Inscribed on the UNESCO World Heritage List it is one of the most visited places in Krakow. For centuries, the seat of Polish kings and a symbol of statehood, in 1930 the Castle also became one of the most important museums in Poland.

The Wawel Royal Castle together with the Wawel Hill is one of the most historically and culturally significant places in Poland. Wawel was the seat of Polish rulers, their necropolis and the place where the history of Poland was shaped. One of the most important museums in Poland has been located here since 1930. The museum collects works of art historically or artistically related to Wawel, with Polish rulers, and great magnate collections. The museum collects paintings, prints, sculptures, fabrics, goldsmiths, militaria, porcelain and furniture. The chambers exhibit the famous tapestries of Zygmunt August and wonderful Italian Renaissance paintings from the Lanckoroński collection, and the Wawel collections of eastern art contain the most important and largest collection of tents in Europe.

The castle is divided into several exhibitions: permanent and seasonal, it also organizes temporary exhibitions. There are six permanent exhibitions - Representative Royal Chambers and Private Royal Apartments, the Crown Treasury and the Armory, Oriental Art, The Lost Wawel and Wawel Recovered.

The exhibition includes several rooms on the ground floor and representative rooms on the second floor of the palace. In the three rooms on the ground floor, which served as the suite of the Governors of Cracow, Renaissance wooden ceilings have been preserved. The second floor of the palace in the eastern and northern wings houses representative rooms. In this place, audiences of official guests, parties and balls were held. The Royal Council used to meet in the Tournament Hall. The Deputies’ Hall (also known as the Envoys’ Hall) was the place of meetings of deputies, and the Senator’s Hall - the place of meetings of senators. Here visitors can see the famous collection of King Sigismund Augustus tapestries, portraits of kings, paintings by Italian and Dutch masters from the 15th to 17th centuries, and Italian Renaissance furniture.

They include rooms on the first floor of the castle - private royal rooms, chambers of the court entourage and rooms for guests. In this part of the palace, Renaissance ceilings have been preserved, and in two rooms - also painted colorful wall friezes. The equipment comes from the Renaissance era. These are northern European and Italian works, including landscape and animal tapestries and the grotesque tapestries of King Sigismund Augustus. In the northern wing of the castle there are two rooms with exhibits from the times of the Saxon Wettin dynasty.

The exhibition on the ground floor in the north-eastern corner of the castle refers to the historical institution located here - the Crown Treasury. Polish coronation insignia and jewels of the Republic of Poland were kept there. Items saved from the original treasury were on display, including the coronation sword - Szczerbiec, memorabilia of Polish monarchs, works of Polish and Western European goldsmiths, and various types of weapons and armaments from the Middle Ages to the 18th century (including parade horse ranks).

In six halls, visitors can see carpets, banners and tapestries as well as Turkish and Persian armament, and Japanese and Chinese ceramics. The most valuable parts are trophies and memorabilia related to Jan III Sobieski and the relief of Vienna (1683).

The exhibition shows the architecture and history of the medieval Wawel Hill. The created archaeological and architectural reserve includes the four-apse rotunda of the Blessed Virgin Mary – Rotunda of SS. Felix and Adauctus, as well as the remains of a Gothic castle, relics of Renaissance royal kitchens. It presents the results of archaeological discoveries made on the Hill, fragments of architectural sculptural decorations, from the Middle Ages to the modern period.

The exhibition "Wawel Recovered" is devoted to the history of the hill from the Poland’s loss of independence in 1795 - when after the Third Partition of Poland, Wawel was converted into barracks and surrounded by fortifications, and some buildings were demolished and new ones were erected - until today. The exhibition is also a story about the efforts made to restore the royal residence after its recovery from the hands of the Austrians.

The Wawel Royal Castle is located on Wawel Hill in Cracow’s Old Town, about a 10-minute walk away from the Main Market Square and a 20-minute walk from the train and bus station. Admission to Wawel Hill and to the Arcaded Courtyard is free. The various parts of the Castle have different opening hours, but generally Wawel Castle is open from 9:30 am till 4pm/5pm. Timed tickets are issued for most exhibitions. Entry time is included on the ticket – visitors must be punctual. Number of tickets available daily is limited. Tickets are valid on the day of visit only.