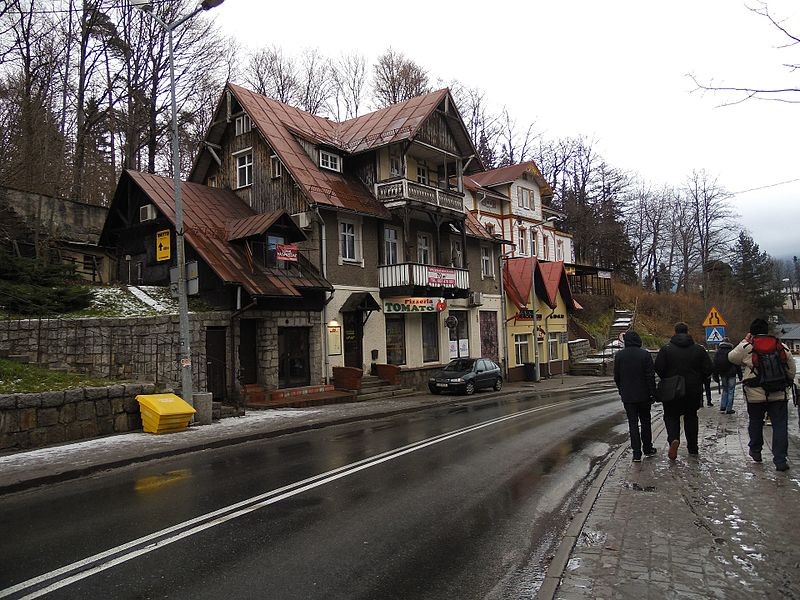 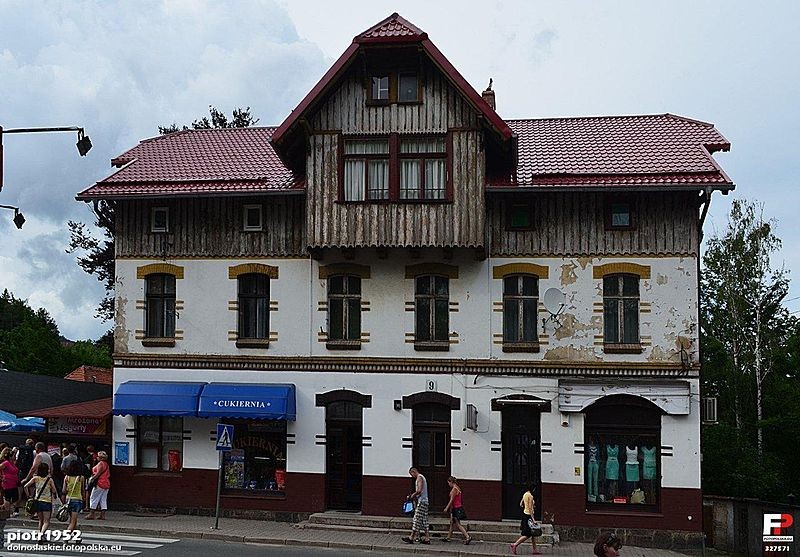 A perfect getaway in Szklarska Poręba

Szklarska Poręba is a place where two mountain ranges meet - the Jizera Mountains and the Karkonosze Mountains. It is a place eagerly visited by tourists both in summer and winter.

The history of Szklarska Poręba is closely related to the development of the manufacture of glass, the search for precious stones and ores, and from the mid-19th century with tourism. The first glass factory started operating in the 14th century. The development of the manufacture of glass was associated with intensive logging. As timber was needed for melting the glass, the works "wandered" along the stream valleys into the mountains, and so did the settlement steelworkers, lumberjacks and smelters. The name Szklarska Poręba (literally: glass clearing) is associated with the 'wandering glassworks', because the pastoral settlements were created in the clearings, which gave rise to today's town. The name was established by the Silesian Institute in 1946 and announced in the Official Journal of the Regained Lands No. 5. For several hundred years, the glass industry was the leading branch of the local economy.

From the mid-nineteenth century, tourism began to develop intensively. The beauty of the area made Szklarska Poręba a well-known climatic and tourist station in Lower Silesia. The breakthrough was the construction of the road from Piechowice through the Szklarska Pass to Harrachov in 1847. and the railway line from Jelenia Góra to Tanvald in 1902. Another event important for the development of tourism was the construction of the "Szrenica" Cableway (chairlift) in 1962.

Szklarska Poręba is a city located in the the valley of the Kamienna River and its tributaries at the height of 440-886m above sea-level. From the south the city is surrounded by the slopes of Karkonosze, with the highest peak Szrenica Mountain (1362 m AMSL). From the north the city is surrounded by the slopes of Jizera Mountains with the High Stone (1058m AMSL) and the Black Mountain (965m AMSL), and from the East by the Foothills of Karkonosze, separating the town from Jeleniogórska Valley.

Szklarska Poręba has a big area of 74 km2, 86% of which is forest. It is the biggest climate station in Lower Silesia. The climate conditions here are comparable to those of alpine towns lying above 1200m AMSL.

During the stay in Szklarska Poręba, you can get to know many attractions, discover monuments and spend time outdoors. The most popular attractions are:

·        Szklarki Waterfall - located in the Karkonosze National Park Enclave; is the second highest (13.3 m) waterfall in the Karkonosze Mountains, located at an altitude of 250 m above sea level; the water from the stream flows in a wide cascade narrowing downwards; "Kochanówka" shelter is located at the waterfall;

·        Death Curve (Zakręt Śmierci) - a very sharp and dangerous bend (the road curves at the angle of almost 180’), located on the Sudecka Road, between Szklarska Poręba and Świeradów Zdrój, at an altitude of 775m above sea level; it is an excellent view point with a panorama of the Karkonosze and Jelenia Góra Valley; below the curve, there is an old pyrite mine tunnel;

·        Raven Rocks (Krucze Skały) - an impressive group of rocks on the right bank of the Kamienna River at the altitude of 718 m above sea level; there is an extreme sports center - the "Quasar" Mountain School;

·        Snowy Kettles (Śnieżne Kotły) - two best formed post glacial kettles in The Karkonosze Mountains with well preserved glacial forms; the vertical rock walls are about 200 m high, the upper edge of the Large Kettle is 1490 m above sea level; inside and at the bottom of Large Kettle there are two small Snowy Ponds; the Large Kettle (East) is 800 m long and 600 m wide, together with the Small Kettle (West), they constitute a strict nature reserve with an area of 127 hectares; the name of Kettles derives from the patches of snow which persist below their vertical stony edges till late Summer (in 1970 until September 2);

·        Szrenica - a mountain peak located on Szklarska Poręba in the western part of the Karkonosze in the Karkonosze National Park; its altitude is 1362 m above sea level and can be reached by a chair lift from SKI ARENA at the foot of Szrenica; in 1922, a tourist hostel was built at the top; next to the top there are three interesting rock groups – Końskie Łby (Horse Heads), Szronowiec (Hoar-frosted rock), Trzy Świnki (Three Pigs);

·        Mineralogical Museum - one of the most original geological collections in Poland is located here; the museum offers almost 3000 exhibits: mineral stones and fossils from all over the world, as well as Gibeon’s meteorite - an exhibit from cosmic space; a separate section of the museum is dinosaur fossils and skeletons; it is the largest private collection of these reptiles in Poland from millions of years ago;

These are just some of the numerous attractions the city offers. During the stay in Szklarska Poręba, it is also worth visiting: The Golden View, JUNA The Walloons’ Hut, Glass Factory in the Woods, Wlastimil Hofman’s House, The Red Den, Dinopark, TROLANDIA – rope park, as well as ESPLANDA Family Theme Park.

Szklarska Poręba is also a skiing, cycling and mountain tourism center. Numerous events are organized here, such as the Piast Ski Race, which has been taking place since 1976 or Retro ski competition - a venture whose main goal is entertainment and demonstration of old ski equipment, costumes from the era. Dog sled runs are held in the area. In the summer downhill tournaments, cycling and water jumping tournaments, a bicycle marathon and BMX competitions are organized.

Regardless of the weather for the season, tourists can not only relax here, but also spend your time in an interesting way.