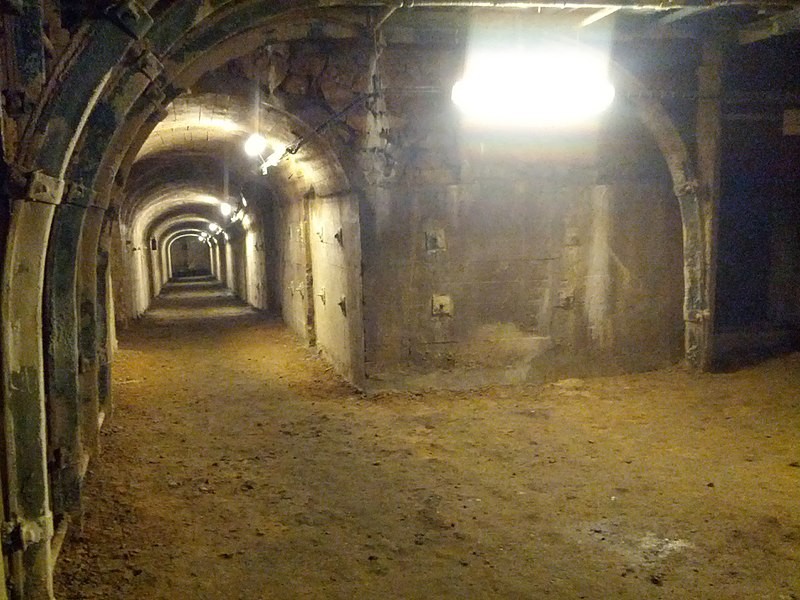 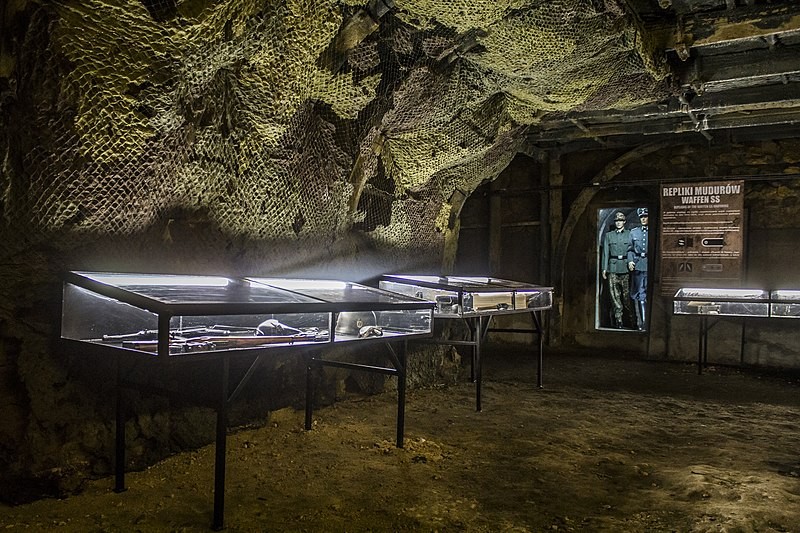 The Będzin Underground (Podziemia Będzińskie) is an underground tourist route, set up in a former WWII air-raid shelter in Będzin. The route is available from the Zagłębie Museum in Będzin and was opened on December 13, 2013. It leads through the corridors of an air raid shelter, built in 1943–1944 to protect the German population of the city. The bunker was forged by concentration camp prisoners inside Góra Zamkowa. The entrance to the underground is located at Alei Kołłątaja, near the Church of St. Trinity. The route itself is about 400 meters long and can be visited all year round. Visiting is possible seven days a week - after prior appointment by phone. It takes place in groups led by a guide. Admission is free.