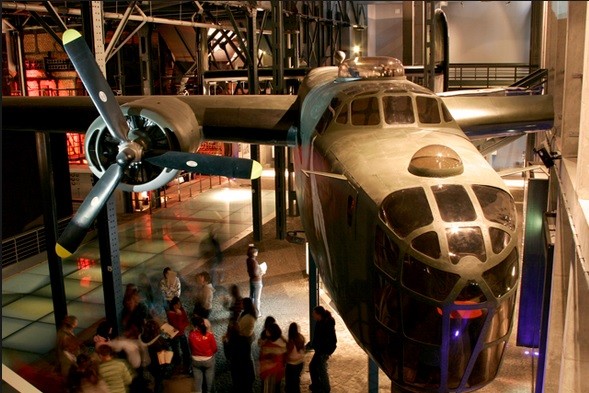 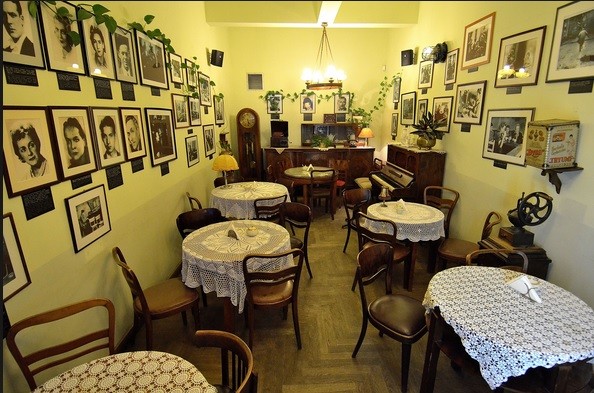 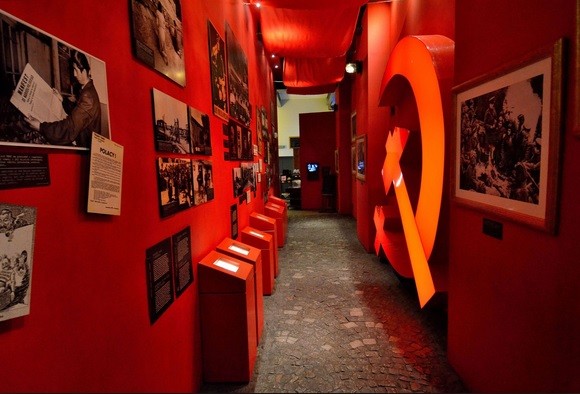 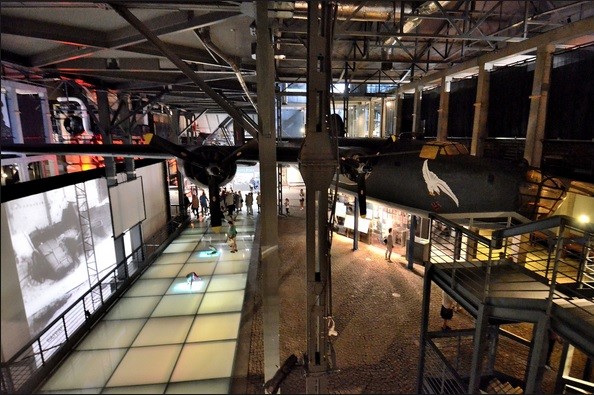 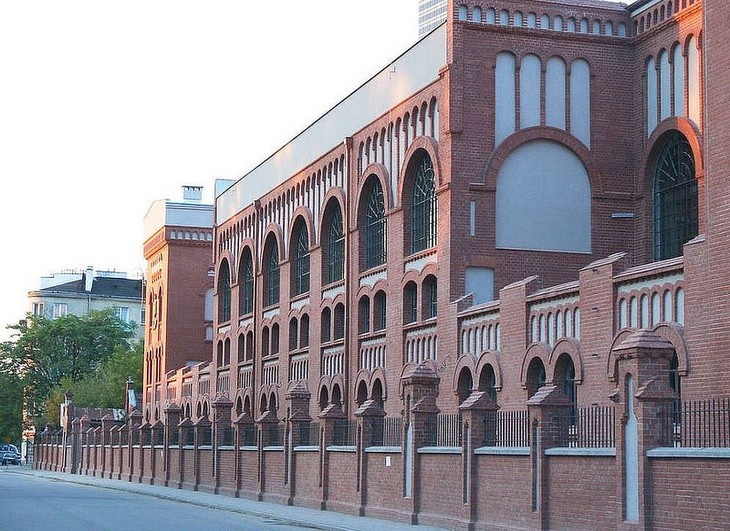 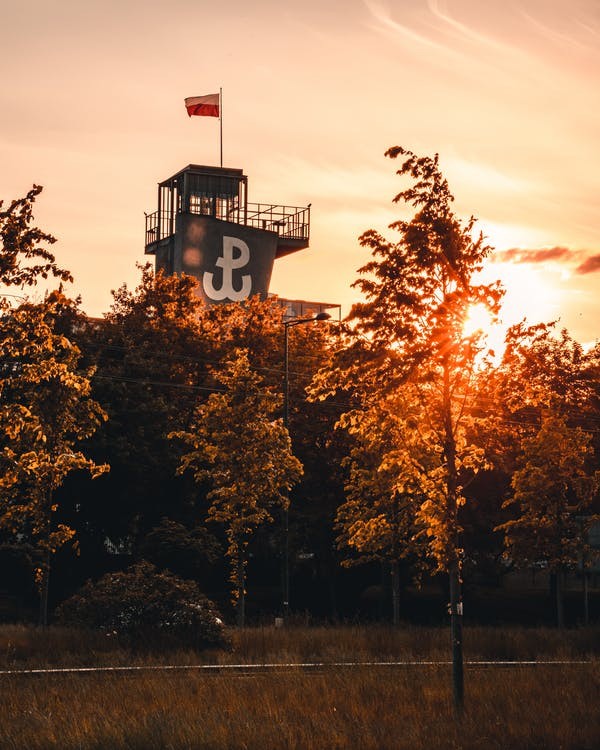 Warsaw Rising Museum is located just 3 kilometres from the Royal Castle. The museum was opened in 2004 and is situated at 79 Grzybowska Street. The main aim of the museum is to provide documentation and present history of Warsaw uprising during the Second World War and activities of Polish Underground State. The exhibition shows everyday life and fights during Nazi occupation and the fate of the insurgents during communist regime in People’s Republic of Poland (PRL). The museum has gathered 30 000 exhibits. The exhibition is very modern and uses the newest audiovisual technologies to successfully reach nowadays audience. It is located at 3 stories and it has more than 3000 m2. Warsaw Rising Museum is said to be one of the most interesting museums in Poland, which is why, you shouldn’t omit it during your Polish travels.

The Warsaw Uprising Museum was established in the historic building of the former Tram Power Plant at 28 Przyokopowa Street. The exhibition of the entire museum is located on three levels with a total area of 3,000 m2. There are about 500 exhibits, 1,200 photographs and 225 biographical and historical information. The museum also has many maps, documents, films and chronicles. The rest of the exhibition is located in the neighboring hall B, where you can see, among other things, a reconstruction of the B-24 bomber.

The marked out route presents the chronology of events and leads through individual thematic rooms. Visitors move in the scenery from 60 years ago, walk on granite cobblestones among the rubble of the dilapidated Capital. The heart of the Museum is a steel monument that crosses all floors of the building. On its walls there is a calendar of the Uprising, and the sound of a beating heart emanating from it symbolizes the life of Warsaw in 1944. After applying the ear, you can hear the sounds of the fighting city - screams full of terror, sounds of gunfire, insurgent songs and radio broadcasts "Błyskawica".

On the ground floor, the time of occupation and the outbreak of the Uprising itself - the "W" hour are shown. The everyday life of the occupied capital is shown, as is the terror symbolized by the cemetery in Palmiry, the ghetto and the prison in Pawiak. Right at the entrance, you can, using pre-war telephones, listen to the memories of five insurgents on the eve of the 60th anniversary of the uprising.

Another part of the exhibition is devoted to the "Storm" action. The symbol of the upcoming hour "W" is the clock set at 5.00 pm. The atmosphere of the Warsaw street of that time is reflected by Polish flags on a replica of one of the German street bunkers and photographs by Eugeniusz Lokajski.

Printing machines from the 1940s are exhibited in a separate room historical announcement of August 3, 1944, "Information Bulletin" and leaflets.

There is also the Little Insurgent Room on the ground floor, where children learn history through play, watching an insurgent theater or playing the role of scout postmen and nurses. They also have replicas of old toys that their peers played during the war (cuddly toys, rags and teddy bears), board games and puzzles.

The course of the fights in the first weeks of the fight and everyday life in the insurgent Warsaw are presented on the mezzaine. Shown here include, among others genocide in Wola, the capture of Gęsiówka, religious and cultural life and an insurgent hospital. Various types of weapons used by both fighting sides were placed in the display cases. Part of the exhibition is also devoted to provisioning during the uprising.

The last part of the mezzanine is a 25-meter long canal, which, using appropriate sounds, visual and scenery effects, is to allow visitors to feel at least a little bit into the situation of insurgents who had to escape through the sewers from the occupant.

The canal and stairs lead to the second floor. This fragment of the exhibition shows the fall of the Uprising and the events that followed - the rise and activity of the Polish Committee of National Liberation, the decisions of the Big Three, the capitulation and exodus of the Warsaw population. The highlighted part is the Memorial Site with the insurgent graves. There are also three small exhibition rooms available to visitors: "Radiostacja" (you can see a replica of the "Blyskawica" radio station here), "Field Mail" and "Germany".

On the first floor there is also the "Pół Czarnej" cafe with interwar decorations.

The hall under Liberator

Hall B, commonly known as Hala pod Liberator, is the second, separate part of the museum's exhibition. It is a large, spacious room located in the former boiler hall of the power plant. A 1: 1 replica of the Liberator B-24J aircraft was placed here and, among others, a 3D cinema showing the movie "City of Ruins" (a 5-minute flight over the destroyed city).

One of the attractions of the museum is the 32-meter high observation tower. There is an observation deck at the top of the tower, from which you can see the panorama of Wola and the western city center. On the terrace, on the special boards have been marked with pre-war buildings located near the museum.The tower was designed by Wojciech Obtitowicz and is the only new element added to the building of the former power plant.

From Hall B you can go to the museum chapel. The patron of the Warsaw Uprising Museum chapel is one of the 108 blesseds, Father Józef Stanek, who was captured by the Germans and then hanged on his own stool during the pacification of Czerniaków on September 23, 1944.

Some parts of the exhibition are also outside, outside the museum building, mainly in the so-called Freedom Park. The most important of them is the 156-meter-long Memorial Wall with the names of almost 10,000 insurgents who died in the fighting in August and September 1944.

In the central part of the Wall, a bell "Monter" weighing 230 kg, dedicated to Antoni Chruściel - commander of the Warsaw Uprising, three-time knight of the Order of Virtuti Militari and the Cross of Valor, was hung.

Other symbols of memory placed in the Wolności Park include a fragment of the former monument to Prince Józef Poniatowski, an obelisk in honor of lawyers - soldiers of the Warsaw Uprising, and a monument to the Fallen, Murdered and Expelled Residents of Warsaw.

The museum, apart from collecting and presenting memorabilia after the uprising, also plays an important educational role. Since January 2005, the Educational Center of the Warsaw Uprising Museum has been conducting museum lessons for children and adolescents, adapted to the age of the participants. In addition, there are also various artistic happenings, concerts, research projects, various teaching aids, compendiums and multimedia materials are published. There are also organized conferences, scientific seminars, courses and training.