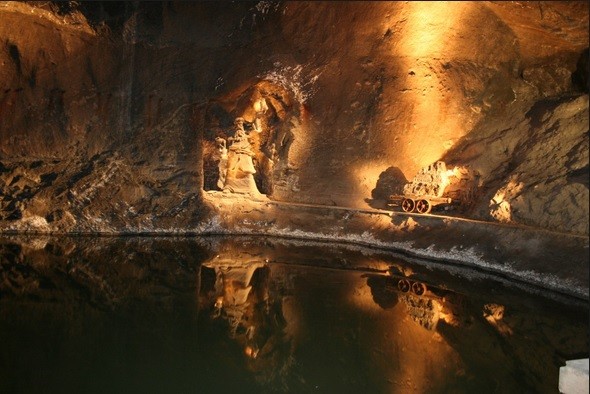 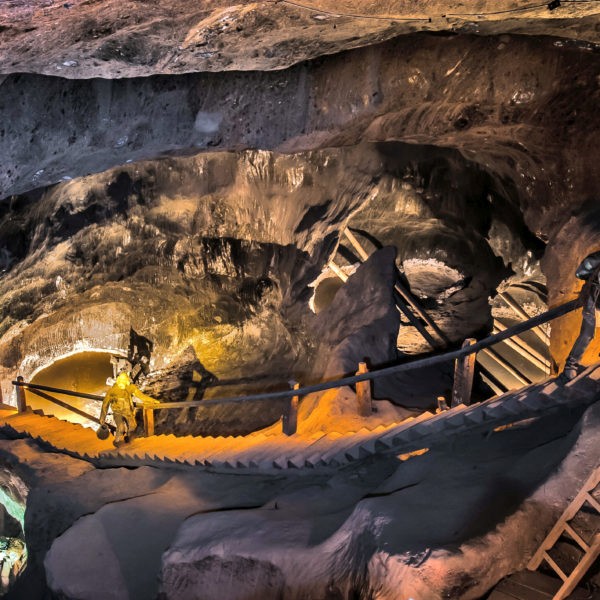 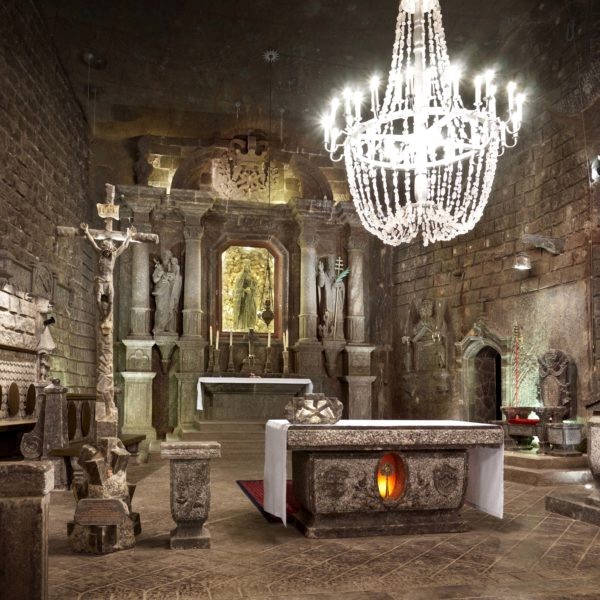 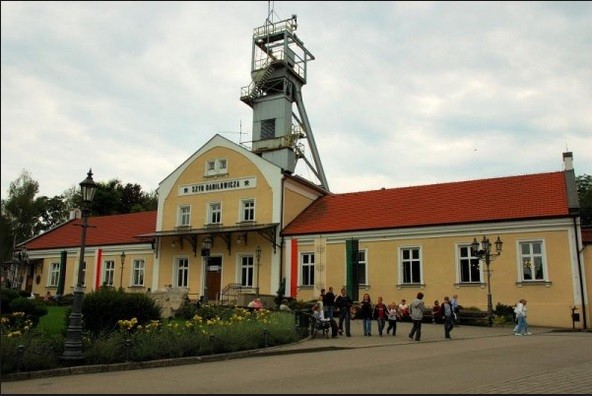 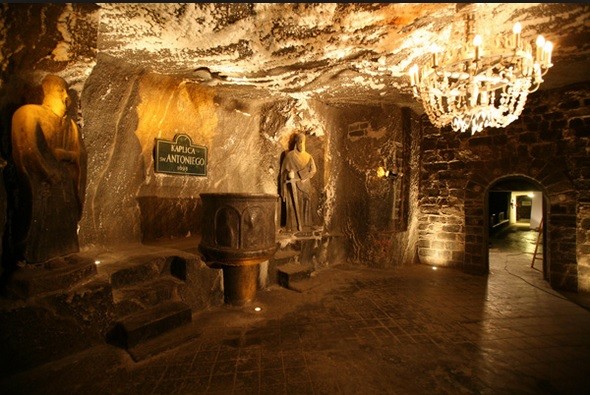 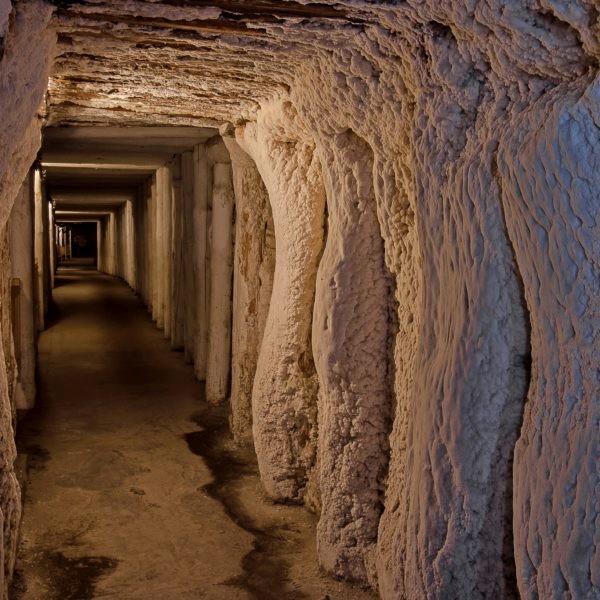 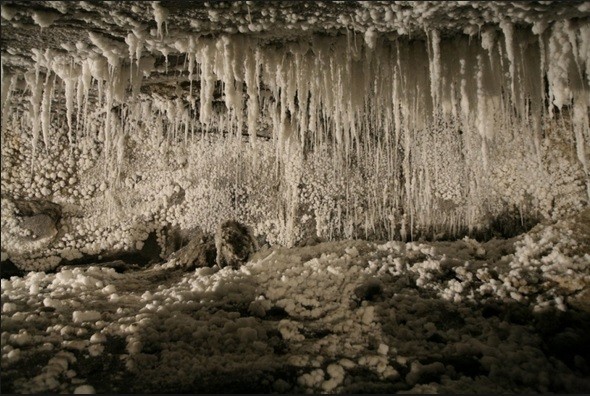 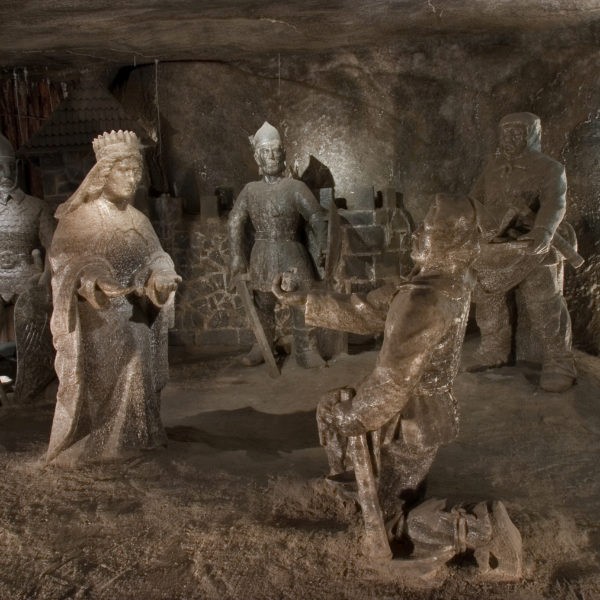 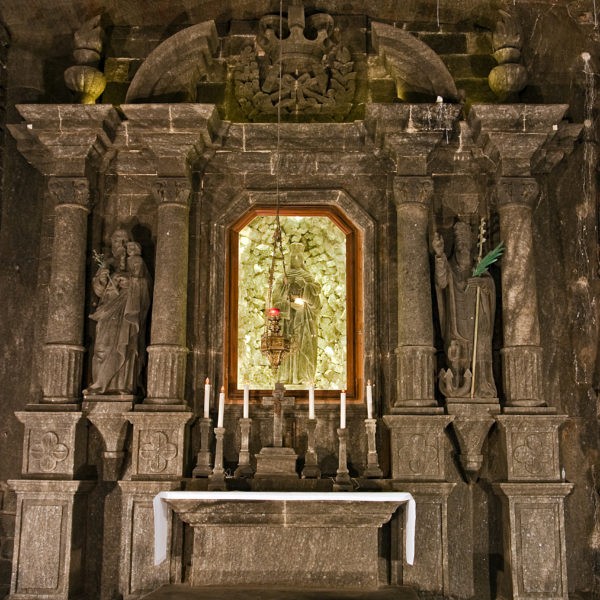 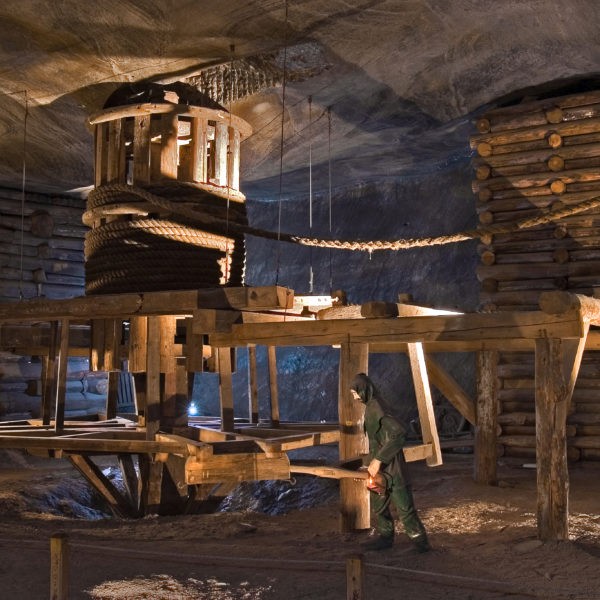 The salt mine in Wieliczka is undoubtedly one of the greatest tourist attractions in Poland. Every year it is visited by almost two million tourists from all over the world. In 1978 it was entered on the UNESCO World Cultural and Natural Heritage List. The Wieliczka salt mine has 9 levels and reaches a depth of 327 meters. The mine can be visited in various ways, you can choose from the classic Tourist Route, the Mining Route, which will allow you to get to know the specificity of work "downstairs" and the pilgrim route, allowing you to discover the religious past of this place. The Tourist Route of the Wieliczka Salt Mine consists of chambers and pavements, salt and wooden chapels, and salt lakes. A walk along the route resembles a journey not only deep into the Earth, but also deep into history. Mining machines, tools, traces of manual salt mining - all these create a fascinating story about the place and the people who created it for many centuries. Sacred places, among them the enchanting chapel of St. Kinga create a unique, because the only one in Europe, and perhaps in the world, underground pilgrimage route. Due to the fairly long walking time (about 2.5 hours) and the necessity to climb the stairs, the program is suitable for children aged 5 and up. Remember that the underground temperature is around 17-18 ºC, so take warmer clothes. There are also additional attractions waiting for tourists - after the end of the tour, you can have a delicious dinner in a restaurant located over 100 meters underground, and after leaving the mine, go for a walk to the brine graduation tower.

The Underground Wonders of Wieliczka Salt Mine

Wieliczka Salt Mine is one of the most visited tourist destinations in Poland for years. The huge underground city is situated on 9 levels and reaches a depth of 327 meters.

Brine - salt water drawn from springs - was already obtained in the Neolithic times. The secret of evaporated salt production was passed down from generation to generation. At the turn of the 12th and 13th centuries, wells began to be dug to get to the salt deposits. The discovery of rock salt took place in the second half of the 13th century. The heyday of Wieliczka took place during the reign of Casimir the Great. The Saltworks Statute, issued by him in 1368, regulated for the first time the rules of salt extraction and sale. At the end of the Middle Ages, 300–350 people worked in Wieliczka. The annual production of salt reached 7–8 tonnes. Until the end of the 15th century, there were only four mining shafts and one underground level in the mine. The first visitors appeared. The first tourist, known by name and surname, was Mikołaj Kopernik.

During the partitions, Wieliczka came under Austrian rule. Nevertheless, the mine developed. Salt extraction using gunpowder was started, a railway line was built underground, a steam hoisting machine and a power plant were commissioned, and the production of salt resumed in modern saltworks. Part of the old workings has been made available for tourism. In 1774, quest books were introduced to be signed by visitors. After the end of World War I and Poland regained independence, the mine again became the property of the Polish State Treasury and passed under Polish management.

In the following years, Wieliczka developed very dynamically. A system of leaching – obtaining brine by dissolving salt rocks with water – was developed. Salt production increased steadily, tourism was developing. Eventually, the mine grew to 9 levels, the maximum depth was 327 m.

In 1978 the Wieliczka was placed on the original UNESCO list of World Heritage Sites. The official name is the Royal Salt Mines in Wieliczka and Bochnia.

Wieliczka Salt Mine has 9 levels, the first of which - the Bono level - is 64 meters deep, and the last one is 327 meters below the Earth's surface. Underground galleries and corridors form labyrinths, 245 km in length. Only 2% of all underground passages are open to the public. There are two sightseeing routes: Tourist Route and Miners’ Route.

The Underground Tourist Route was established at the turn of the 18th and 19th centuries. It consists of 20 chambers located at the depths from 64 to 135 meters (levels I - III). The assembly point is the Daniłowicz Shaft, which the tourists then use to go down into the salt underground. The route includes approx. 800 stairs, 380 of which are at the start. Sightseeing takes about 2-3 hours. The most beautiful and famous chamber is the Chapel of St. Kinga. Elements of its furnishings are entirely made of salt, including floors and chandeliers of extraordinary craftsmanship. The oldest preserved chapel in the basement is the 17th-century chapel of St. Antoni about baroque architectural and sculptural forms.

In addition to the tourist route, visitors can also visit the underground exhibition of the Krakow Salt Works Museum located on the third level at a depth of 135 meters. The collections collected in 14 chambers show the fate of the mine, tools and devices used to extract and transport salt, as well as the history of the city itself.

The Miners’ Route is prepared for people who like challenges. The tour takes about three hours. The assembly point is the Regis Shaft. Each visitor here receives special mining equipment - a suit, helmet, absorber and lamp. The tour takes place with a guide who tells the history of Wieliczka and assigns tasks such as searching and transporting salt, testing methane concentration or exploring unknown chambers.