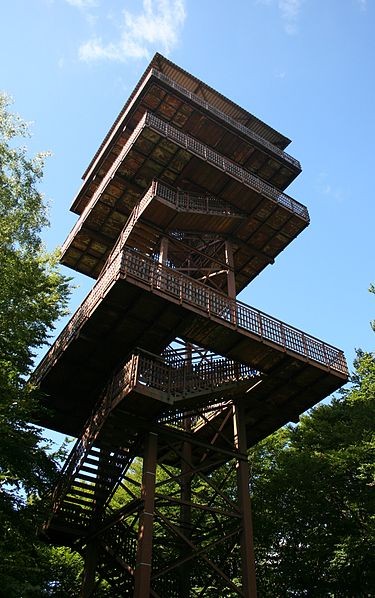 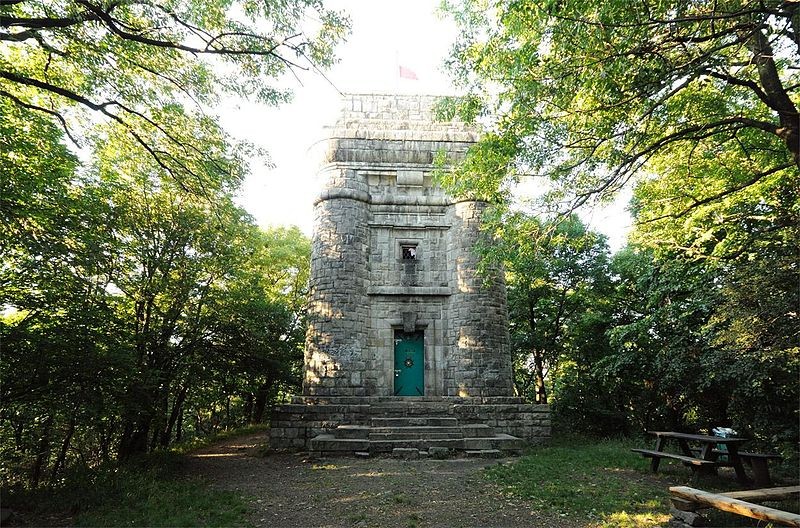 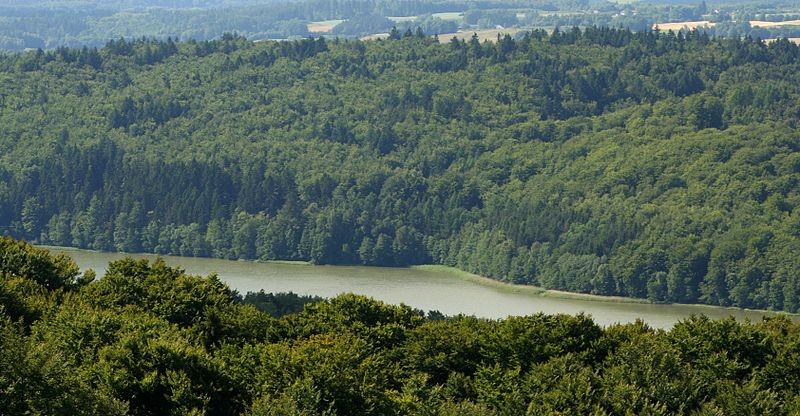 Wieżyca (Polish spot: Wieżyca Wieża Widokowa) rises 329 meters above sea level and is the highest place not only in Pomerania, but also in the whole of northern Poland. It is one of the so-called hills "Kashubian Switzerland", which is a hilly part of Kashubia rich in forests and lakes. In 1997, the Kashubian Observation Tower named after John Paul II was opened at the top, from which visitors can admire the vast panorama of the surrounding area. The easiest way to get to Wieżyca is via the black trail, from the parking lot located approx. 100 m from the national road No. 20 (Gdańsk - Kościerzyna). This car park is located on the local road to Szymbark. From the top, visitors can see not only Kashubian forests and lakes, but also - in completely cloudless weather - also Helska Spit, which seemingly seems to be hundreds of kilometers away. Climbing the tower, despite its height (approx. 35 m), is not difficult. The stairs are comfortable and wide, with appropriate railings, and the terrace itself is also extensive.