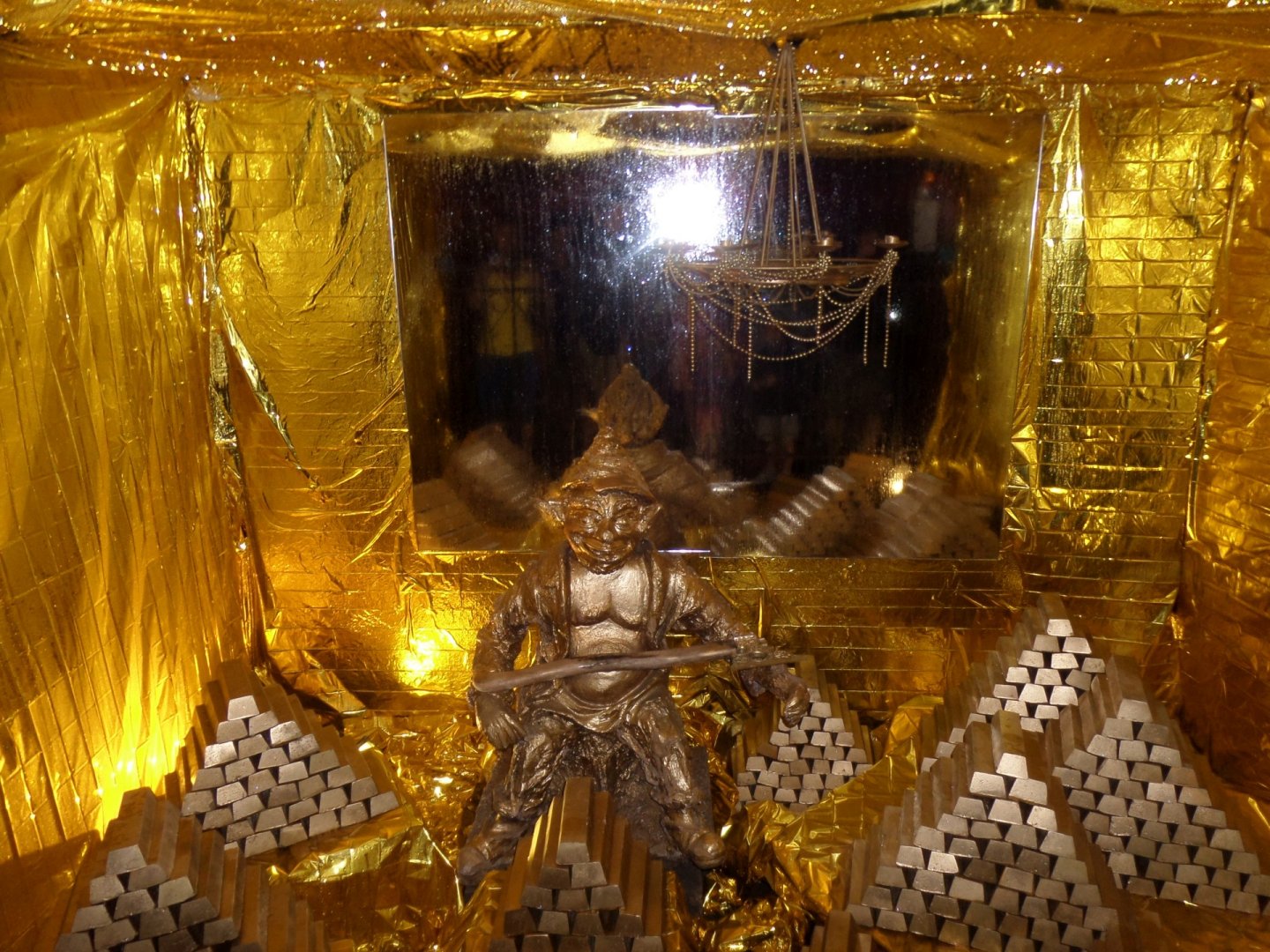 Złoty Stok is situated only 18 km from Kłodzko (17 min drive) and 86 km from Wrocław (1.5 h drive). The Gold Mine in Złoty Stok is one of the most interesting tourist attractions in Lower Silesia. It is a specially prepared tourist route with a museum exhibition, including two adits. In the first of them - Gertrude (500 m) - visitors can admire a unique collection of geological maps, old mining geodetic instruments, crucibles and a gold smelting furnace, rich a collection of rocks, ores and minerals from around the world. The second adit - Black (700 m) - is located in the upper part of Złoty Jar. Here, the greatest impression on tourists is made by the only one in Poland, a magnificent underground waterfall with a height of 8 meters treasures. The tour ends with a ride on the Underground Orange Tram on the 300 m route. During the tour in both adits, visitors can learn about mining techniques used over the centuries, admire the only underground waterfall in Poland, take a ride on an underground tram, mint a commemorative coin with their own hands, take part in gold panning, watch a gold bar casting show, make handmade gold paper or watch exhibition of minerals. There is also the Ochrowa Adit, considered the most beautiful adit in the Golden Mountains, and the Medieval Technology Park, which is a replica of a medieval mining settlement equipped with devices constructed on a 1: 1 scale based on engravings and descriptions by Georgius Agricola. Additional attractions on the premises of the facility are: the Minerals Museum and the Memorial Hall, sailing in a boat along the underground corridor, climbing wall, a ride on a replica of a Leonardo da Vinci tank, a medieval playground.

The Gold Mine in Złoty Stok is a large area in the Kłodzko Valley with attractions visited annually by thousands of tourists from various parts of the world. The main attractions include visiting the Gold Mine, the Medieval Mining Village and the Ochrowa Adit.

A bit of history

Złoty Stok is the oldest mining and metallurgical center in Poland. Arsenic and gold deposits were mined in these areas as early as the 13th century. The mining activity flourished in the 16th century. In the golden age of mining, there could be as many as 150 small and larger mines in the areaIn 1962, the mine in Złoty Stok ceased its activity, and later it was completely flooded. It is estimated that during 700 years of exploitation, 16 tonnes of pure gold were obtained from local deposits.

On May 28, 1996, the Underground Tourist Route "Gold Mine" was launched. Extremely interesting tunnels were made available: "Gertuda Adit", "Black Upper Adit" with the only underground waterfall in Poland (8 m high) and the newest section, open to the public since 2008, the Lower Black Adit.

Visiting the Mine - Gertrude's Adit

The Gold Mine in Złoty Stok is one of the most beautiful attractions in Poland. Visiting the underground tourist route starts from the Gertrude Adit. The adit owes its name to the brave wife of a miner, who went in search of her missing husband. What happened to her is unknown. However, it was Gertrude who became the good spirit of this tunnel, and it is said that she helped lost miners find their way. In this part, there is an exhibition of mining tools, minerals, furnaces and an 18th-century cart. Here you can also see how arsenic was formed (from the arsenic ore mined here), and enter the Treasury. On the top floor there is the so-called Death Walkway. Here, miners suspected of stealing gold were sentenced to death. The convicts were placed against the wall, where mortar was poured over their elbows in specially drilled holes, and then they died in torment alone. The sightseeing route also includes the Museum of Warnings, Remarks and Appeals - a collection of plaques related mainly to health and safety regulations and the laboratory of Scharfenberg, who, in order to discover the elixir of youth, discovered arsenic - a powerful poison, which, however, if used in sufficiently small doses , has rejuvenating properties. Part of the route can be covered by a special eight-meter slide. Also, part of the Gertrude Adit (about 500 m) can be covered for an additional fee by boat on the flooded part.

The next part of the route is the passage to the Black Adit located in Golden Jar. The entrance to it is under a huge quarry in Sołtysia Mountain. There is, among other things, a tunnel that goes out on the Czech side of the border, but the greatest impression on tourists is made by the only one in Poland, a wonderful underground waterfall with a height of 8 m. Underneath it, there are mysterious sidewalks in which the Germans allegedly hid various treasures during the Second World War. The tour ends with a ride on the Underground Orange Tram on the 300 m route.

In the Gold Mine complex, you can also visit the Ochrowa Adit, which has been open to tourists since 2017. The underground labyrinths were completely submerged for decades, so the discovery and preparation of the tunnels for tourist traffic was quite a challenge. The winding 130-meter tunnel is the result of difficult conditions and hard work of the miners in the tunnel. The inside has been preserved in the original. In the Ochrowa Adit, the rock has a characteristic ocher color, derived from iron compounds. The corridors are very narrow here, so you can feel like in a medieval mine. In front of the entrance there is a tap with spring water - arsenic and iron.

On the huge area belonging to the mine, there is also the Medieval Mining Settlement. There is a very carefully recreated mining settlement here, and all medieval devices are recreated with great accuracy in the 1: 1 scale. All machines are based on medieval engravings by Georgius Agricola. Each machine functions and is presented in such a way as to enable the viewer to play - all you need is the strength of your own muscles to set in motion, for example: a powerful 3-ton treadmill, a 15-meter treadmill, a steel plant and a crusher. Here you will learn what the beginnings of gold mining looked like, and learn about the operation of machines that facilitate the work of miners. There is also a tunnel of fear ...

Mine in Złoty Stok - Museum

The museum is located in a characteristic building with a mining coat of arms above the entrance. Inside, there are many archival photos from the life of the mine and the city of Złoty Stok. There are souvenirs from the vicinity, but also things belonging to the former owners of the mine - the Güttler family.

The Gold Mine, in addition to the standard sightseeing program, offers many additional paid attractions, among other things, gold panning, minting a commemorative gold coin or climbing on an artificial climbing wall. It is also popular to visit the Gold Mine with a storyline, only available for groups. The group is divided into small teams that compete with each other. Each group performs the same tasks during which they earn gold ducats and gold bars.

School trips, integration events and role-playing games are organized here. There is a hotel, guesthouse, restaurant and bar at the Gold Mine.