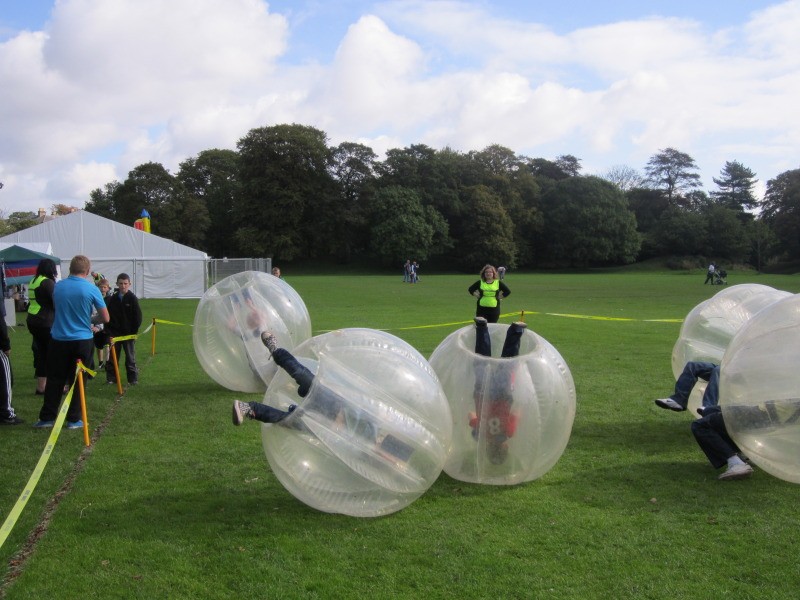 In July 2018, one of our school groups, staying in Krakow for short city break (4 days), was trying a new attraction – Bumper Football. Of course they have visited many standard attractions such as Kraków Old Town, Wawel Castle, Auschwitz-Birkenau Concentration Camp Museum in Oświęcim and Wieliczka Salt Mine (both enlisted at UNESCO prestigious World Heritage List), but bumper ball activity was a real highlight for youngsters. The game took place in a large sports hall on the outskirts of Krakow. We had to divide the group into some smaller teams as we had 102 participants. Kids claimed that it was the most amusing attraction and it also really strengthened team spirit cooperation of students that don’t have so much contact on every day basis. Another advantage included the fact that most people participated in such an event for the first time. Most announced that it will definitely not be the last time. Bubble Football is an interesting proposition for football lovers and more. It is a real great fun for teenagers and but also for adults. We have already tried it with adult groups as a team building activity as well. It’s an unique proposition for active time during school trips, integration trips or during meetings with friends.