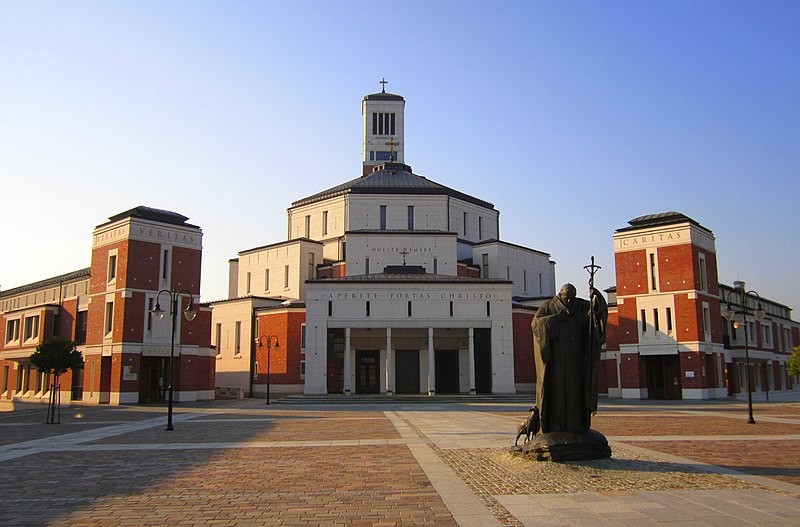 Cracow area is a really interesting region in terms of catholic religion. Here in close vicinity we have Divine Mercy Sanctuary where pilgrims meet the character of saint Faustyna Kowalska, in Auschwitz-Birkenau Concentration Camp Museum visitors learn about martyrdom of saint Maksymilian Maria Kolbe and finally in Wadowice and in John Paul II Centre in Cracow pilgrims discover facts from life of saint John Paul II. All of them are saints who lived in the last century which make them more appealing to contemporary pilgrims. Apart from that in close vicinity of Cracow visitors find Zebrzydowska Calvary enlisted in UNESCO World Heritage List and Jasna Góra Monastery in Częstochowa, the biggest pilgrimage centre in Poland. This is why Cracow has become very popular destination for pilgrimages. Here, we would like to share details of one such pilgrimage joined with Cracow area sightseeing that took place from the 7th till 14th of September 2015. It was organized for our British client that was arriving with 47 pilgrims. The pilgrimage included some of the above mentioned places but apart from that there were also such important elements as everyday holly masses in Cracow in Saulus Populi Romani church (due to close location to Wyspiański Hotel where group stayed) and in Divine Mercy Sanctuary in Łagiewniki, but masses were also organized in an underground chapel in salt mine Wieliczka and in Podhale region most well-known sanctuary - Krzeptówki. Apart from typical religious highlights the group also visited major tourist attractions in Cracow and its area such as: Wawel Castle and Cathedral, Kraków’s Old Town, Kazimierz District, Zakopane, Dunajec Gorge, Schindler’s Factory and Auschwitz-Birkenau Concentration Camp Museum. All in all, it was really interesting, educational and spiritual event that we felt privileged to organize.