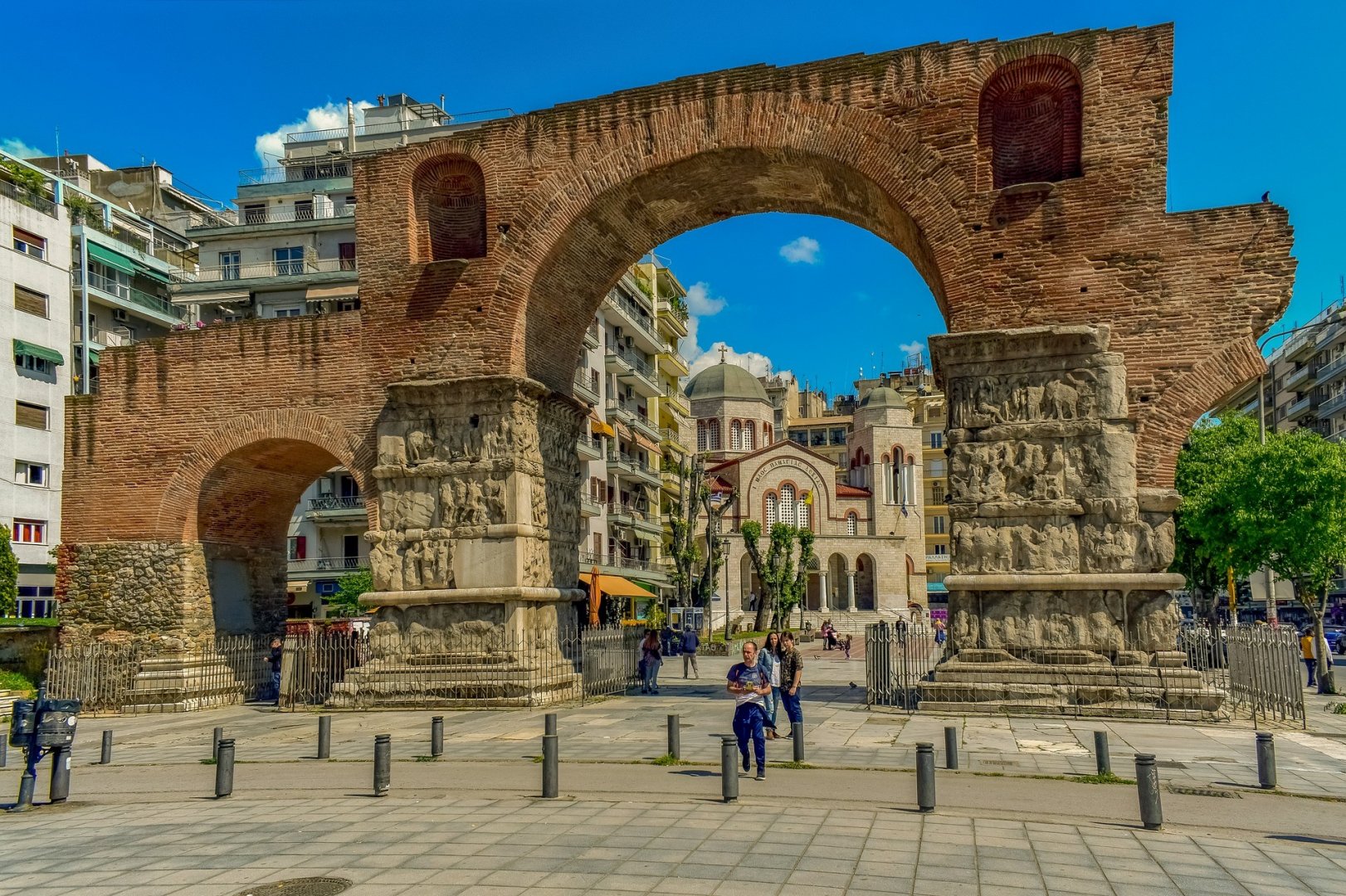 One of the best parts of international business trips is the fact that you can do some sightseeing and have leisure time in a foreign country. One of such opportunities appeared during a business trip of one of our groups to Greece. The event was taking place in Thessaloniki on the 1st of July and our group had free afternoon and evening. The city is the second largest city in Greece with over 1 million inhabitants. It is located on the Thermaic Gulf, at the north-west corner of the Aegean Sea. The city is renowned for its festivals, events and vibrant cultural life in general and is considered to be Greece's cultural capital. It also has UNESCO World Heritage Sites. The whole event was planned for 5 hours. We organized for them a panoramic tour of the city on board of a coach with a guide. There were of course also a few stops on the way by the most recognisable Thessaloniki’s monuments. The group had some free time by the coast to enjoy themselves during dinner in one of the famous Thessaloniki’s restaurants. The whole event was a fine and expected break during a packed business schedule. We greatly advice all our groups to plan such short relax breaks during their business travels to make the most of time spent abroad.