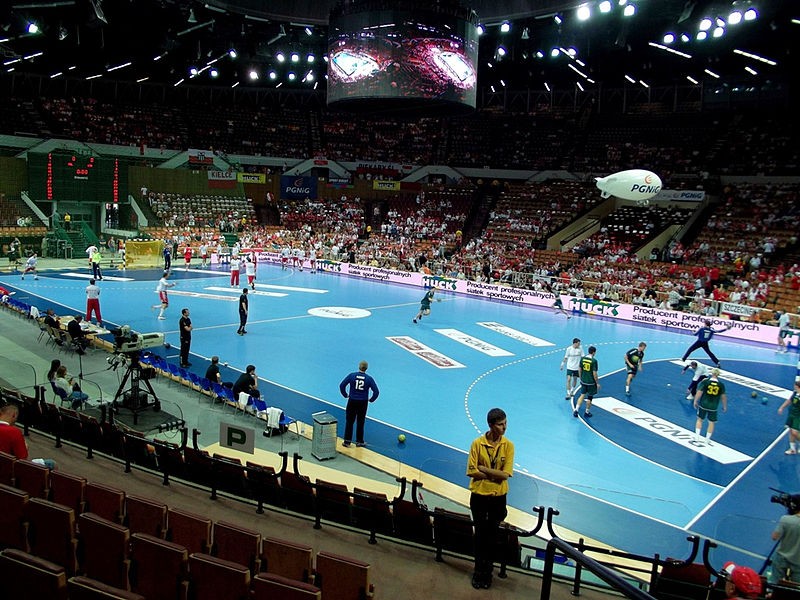 More and more often Poland is becoming the host of international sport events. Such games attract not only teams and training stuff but also many supporters and fans. Here we want to share with you some details of a stay of Norwegian handball team who arrived to Poland to support their national team in European Man’s Handball Championships in 2016 that were taking place in Katowice in Silesia region. The group was staying in Poland from the 14th till 21st of January. As they were also handball players they came to watch games but also wanted to practice. We have arranged for them an accommodation in Neo Hotel in Tarnowskie Góry, only 42 min drive from Katowice Spodek Arena where the championships took place. Neo Hotel was an excellent choice for the team as it provided such sport facilities as swimming pool, handball hall and a gym for them. During their stay in Poland apart from regular visit on games in Katowice (Norway vs. Iceland, Norway vs. Croatia, Norway vs. Belarus), the team also had regular trainings and games on site in Tarnowskie Góry. ITS Poland also organized for the group all meals during their stay and airport and Spodek Arena transfers. All in all, it was a very successful stay and fruitful for the handball team. ITS Poland assist sport teams from all over the world in organizing their trainings, sport facilities in Poland, arranging tickets for sport’s events and sparing partners on site.