It is true to say that museums in Poland make civilizational leap into modernity. For years Polish museums where an old fashioned facilities where you could only read too long descriptions and observe exhibits from afar. We are happy to report it is no longer the case and we have had a lot of interesting modern and interactive museums opened in the last few years. It is real the highest time you explore them.

Of course it is impossible to give you the full list of all interesting museums in Poland but here you will read about the most interesting ones picked up by our groups in our key cities: Gdańsk, Poznań, Warsaw, Wrocław and Cracow.

The most interesting Tri-city museums include:

The most interesting museum in Poznań is:

The most interesting museums in Warsaw include:

The most interesting museum in Wrocław is:

The most interesting museums in Kraków include:

Here you will find descriptions of some of the best modern and interactive museums in Poland:

World War II began with Germany’s attack on Poland at the Polish military base at Westerplatte on September 1, 1939 and it’s therefore, appropriate that the remarkable WWII museum, opened in March 2017, should have been built in Gdańsk. A conflict that claimed the lives of an estimated 55 million people is a both a huge and complicated story to tell. The museum grounds cover almost 2.5 acres, while the building covers 26,000 square meters. In total there are over 2,000 exhibits on display spread over three narrative blocks: ‘The Road to War’, ‘The Horrors of War’, and ‘The War’s Long Shadow’. This is divided into 18 thematic sections, which is reflected in the layout of the exhibition rooms. Sightseeing of the museum takes at least 3 h.

European Solidarity Centre exhibition and the newly built museum are really impressive. The museum chambers are filled in with historic exhibits, modern multimedia equipment and artistic installations all about Polish aspirations to be a free country at the end of the 20th century. It is not a quiet place as while walking from exhibit to exhibit we can hear real historic recordings. The museum has seven main chambers at two floors of the new building. Sightseeing takes about 2h.

It is located just 3 kilometres from the Royal Castle. The museum was opened in 2004 and is situated at 79 Grzybowska Street. The main aim of the museum is to provide documentation and present history of Warsaw uprising during the Second World War and activities of Polish Underground State. The exhibition shows everyday life and fights during Nazi occupation and the fate of the insurgents during communist regime in People’s Republic of Poland (PRL). The museum has gathered 30 000 exhibits. The exhibition is very modern and uses the newest audio-visual technologies to successfully reach nowadays audience. It is located at 3 stories and it has more than 3000 m2. Warsaw Rising Museum is said to be one of the most interesting museums in Poland, which is why, you shouldn’t omit it during your Polish travels.

Museum of the History of Polish Jews – it is a new, ultramodern cultural museum on the map of Warsaw. It is situated at 6 Mordechaja Danielewicza Street in the place which was former Jewish district and also later on Warsaw Ghetto. The museum is a place dedicated to all those who are interested in heritage of Polish Jews and it is a symbol of breakthrough in Polish-Jewish relations during 1000 years history from Medieval times up till now. It is a place of meetings of people who want to know the past and current Jewish culture. The interactive exhibition was opened in October 2014 which means that it is one of the newest museums in the capital. The exhibition has 8 galleries of 4 200 m2 common area. The galleries include 73 multimedia stands, 120 multimedia passive stands, 170 historic exhibits and 200 copies and models. The museum can be visited by 800 guests at a time. POLIN is an impressive modern museum which you really must see during your visit in Warsaw.

Frédéric Chopin Museum – with seat in Ostrogski Palace. The founder of the museum, Frédéric Chopin Institute, began collecting exhibits as early as 1943. Today, the museum has over 5,000 of them. The Chopin museum itself was opened in 1955. Among museum collections there are numerous manuscripts, printouts, iconographic sets and other Frédéric Chopin memorabilia.

It is a high-tech multimedia museum dedicated to water. Divided into eight thematic parts and started off with a short 360-degree film which takes you from the Big Bang to nucleosynthesis to the formation of planets to the origin of Earth's aqua, Hydropolis is a friendly-for-all-ages discovery zone where visitors can peek at creatures found in a drop of water, spin an Archimedes' screw, sit in a replica of the Trieste bathyscaphe, which made a descent to the bottom of the Mariana Trench in 1960, or kick back in the sea-sounds-and-bioluminescent-jellyfish relaxation space. Informative and impressively designed, this is one experience we wholeheartedly recommend.

The factory is a part of National Museum in Kraków and shows exhibition devoted to World War II. The place itself was popularized by 1993 film “Schinler’s List” by Stephen Spielberg picturing Oskar Schindler saving Jews during World War II. Tourists who come here from all around the world may see the exhibition “Cracow – times of occupation 1939-1945”. It tells the story of Polish, Jewish and German citizens in the occupied Cracow during World War II. As the exhibition uses new ways of presenting historical materials it is very interesting and the museum is exceedingly popular among Kraków tourists.

The above described museums are just a few best well known examples of modern Polish museums. We heartily recommend exploring them all but also many others as the facilities of this type in Poland, really become more and more interesting.

Every year there is also so called “Night of the Museums” organized, during which major museums in Poland are open to the public all night long, which can ad an interesting twist to a museum visit. Moreover, most of bigger Polish museums have developed special workshop programs which can be ordered for groups. They allow closer contact with museum exhibits and exploring interesting aspects of some museum exhibitions.

All in all, it is really worth include modern and interactive museums into your Polish trip schedules. ITS Poland DMC specialists will happily prepare tour programs including these interesting spots for you. 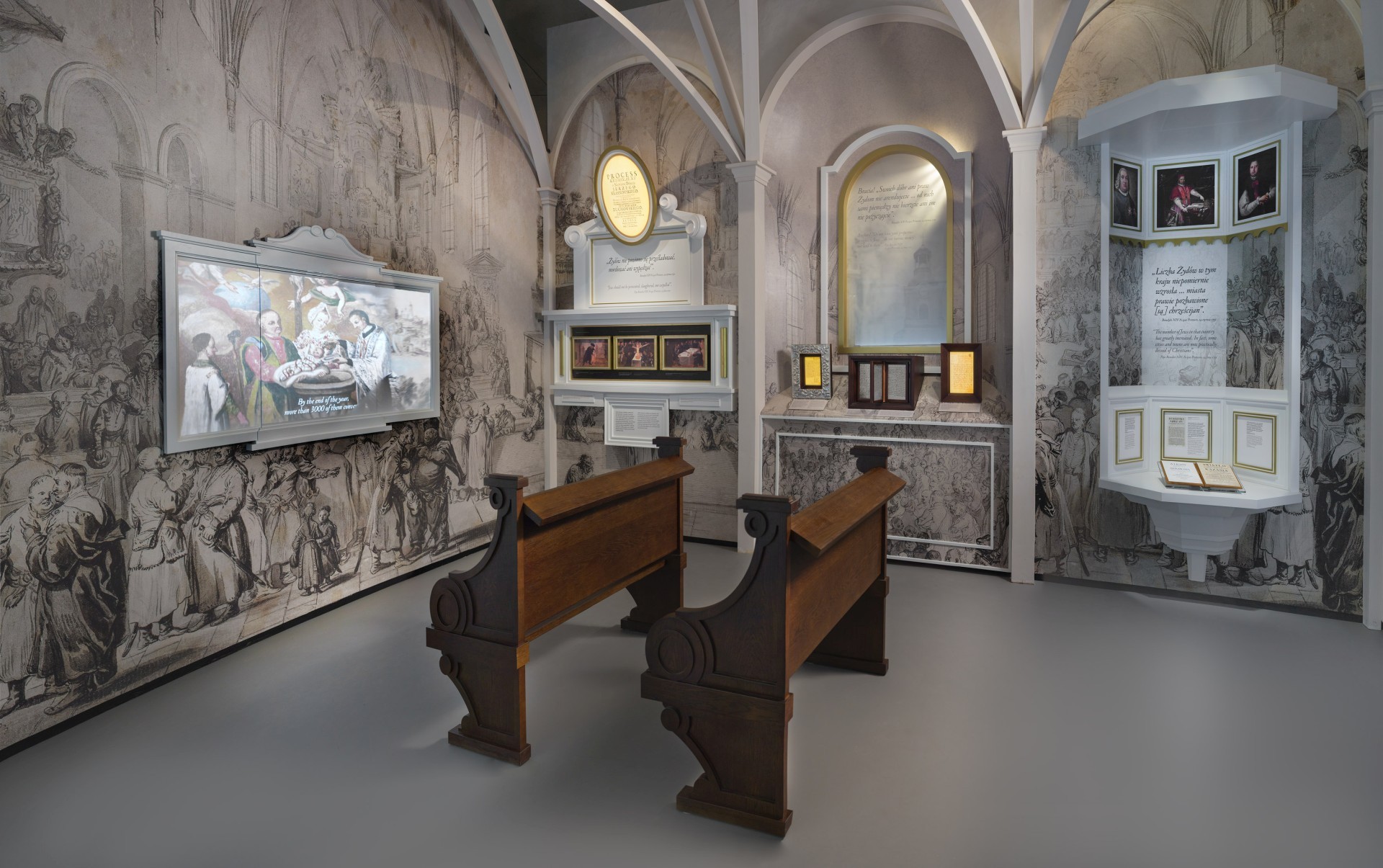