Everything that you should know about Polish witches

Most people are familiar with Halloween celebrations in English culture countries. Still, not many people know that Poland has its own witch’s tales and even a region that treats a witch on a broomstick as its main symbol and a must have souvenir. In this article, we want to invite you to St. Cross Mountains region, the land of Polish witches.

You may ask at this point an obvious question: which place is the best to observe magic and divination customs in Poland? The first destination that comes to Polish minds when we think about magic is Łysa Góra (in translation: Bald Mountain) in Saint Cross Mountains. The best place to find accommodation in the region is Kielce the region’s capital. The symbol of świętokrzyskie voivodship is actually the witch. According to legends, tales and stories, it is a place where witches met for the Sabbaths. Repeatedly immortalized in literature and music, Łysa Góra is today primarily one of the greatest attractions of the St. Cross Mountains and part of the Świętokrzyski National Park. It measures 593 meters above sea level, which gives it the second place among the highest elevations in the area just after Łysica (611 m). The first legends about Łysa Góra began to appear in the Middle Ages and were associated both with the cults of the Slavs and witches who visited the mountain during the Sabbaths. The name Łysa Góra was popular as early as in the Renaissance (1538).

The witches' meetings were to be presided over by a great witch. Part of them was, among others, a great feast in the moonlight, with horse hooves, egg shells, and skulls as covers. Then the witches danced with the devils, and if the devils were not enough, with black cats. Besides, the devil was called and magic potions and poisons were prepared. According to the legend: "When the rooster was crowing, the witches would free themselves from the fiends' embrace, pick up various magic utensils, mount their brooms and fly back to their homes." Let us add that witches pretended to be exemplary women who were not afraid of any work.

Nowadays, tourists can find on Łysa Góra an embankment surrounding the former place of worship of pagan Slavs and witches. There is also a radio and television tower, 157 m high, on the top. There are also interesting rock formations called ‘gołoborza’ (a stone run also called a stone river, stone stream or stone sea, that is a rock landform resulting from the erosion of rock caused by freezing-thawing cycles). There are also the Natural History Museum of the Świętokrzyski National Park and the Monastery of the Missionary Oblates with the Holyrood relicts. According to legends, it was the monks who chased the witches from Łysa Góra for good with their prayers.

Apart from these places ITS Poland recommends taking part in the Rally in Search of the Holy Cross Witches which is one of the most enchanted rallies in the world. The route of the rally runs through Świętokrzyski National Park. Many facilities are involved in the event - tourist attractions, hotels and restaurants, which fund prizes for competition participants. The route has about 15 km. During the route, many surprises await participants of the rally. Everyone will have the opportunity to be enchanted, fly on a broomstick, meet a robber and learn the most beautiful legends. The rally ends with sausages roasting on a bonfire in the Medieval Settlement in Huta Szklana. The organizers of the annual rally are the Geo Travel Tourism Agency and the Regional Tourist Organization of the Świętokrzyskie Voivodeship. The aim of the event is to popularize a healthy lifestyle and active recreation, but also to promote St. Cross Mountains with their extraordinary history and rich tradition.

The St. Cross Mountains hide many secrets, passed down from generation to generation in legends and tales. The inhabitants of these mountains know them well. The Świętokrzyskie Mountains Heritage Park "Łysa Góra" decided to collect them in one place, describe and show them in order to preserve this priceless, intangible cultural heritage of the region for the future. Legends of the Świętokrzyskie region is a world full of magic, witches, devils, converted robbers, noble knights and ... saints. A world where good ultimately wins over evil and evil witches turn out to be good, beautiful sorceresses. Visitors of the centre will learn, among other things, where the madejowe bed came from and what was the fault of the robber Kak, that he was hanged on the gallows in Krakow; what were the witches' sabbaths on Łysa Góra like and what were devils afraid of; and also, who was the mysterious pilgrim and what made the miraculous spring famous for? The Heritage Park is a must visit place in Nowa Słupia.

Other worth mentioning attraction is Slavic Bajduły ritual. It is a magical walk with torches in the Świętokrzyskie Mountains. On their way, participants meet characters known from Slavic mythology and Świętokrzyskie legends, try a lovage infusion, as well as Baba Yaga's tincture. They go back to the times when witches flew on the Sabbaths on Łysa Góra and also learn about Slavic deities, ancient rituals, secrets of the magic of the St. Cross Mountains. The ritual offers an amazing, different look at the history of Poland, traditions and customs prevailing in Polish lands. It is a marvellous attraction for adult groups and school groups. Emotions are guaranteed. 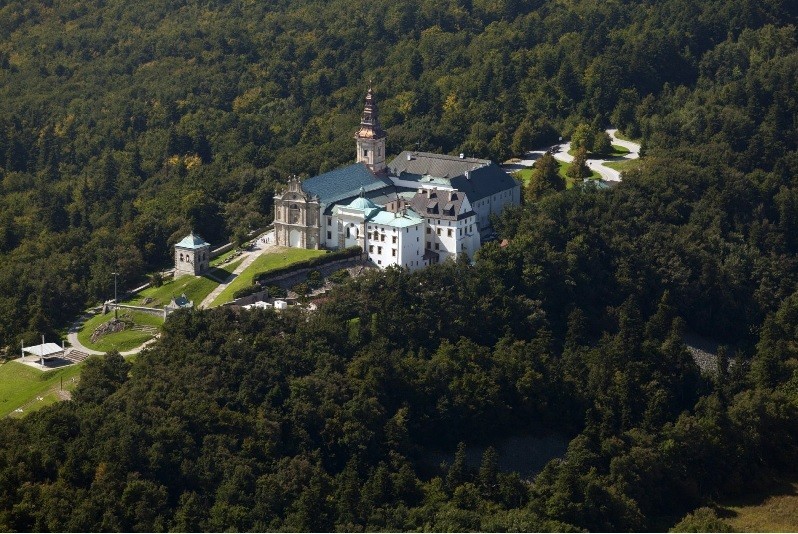 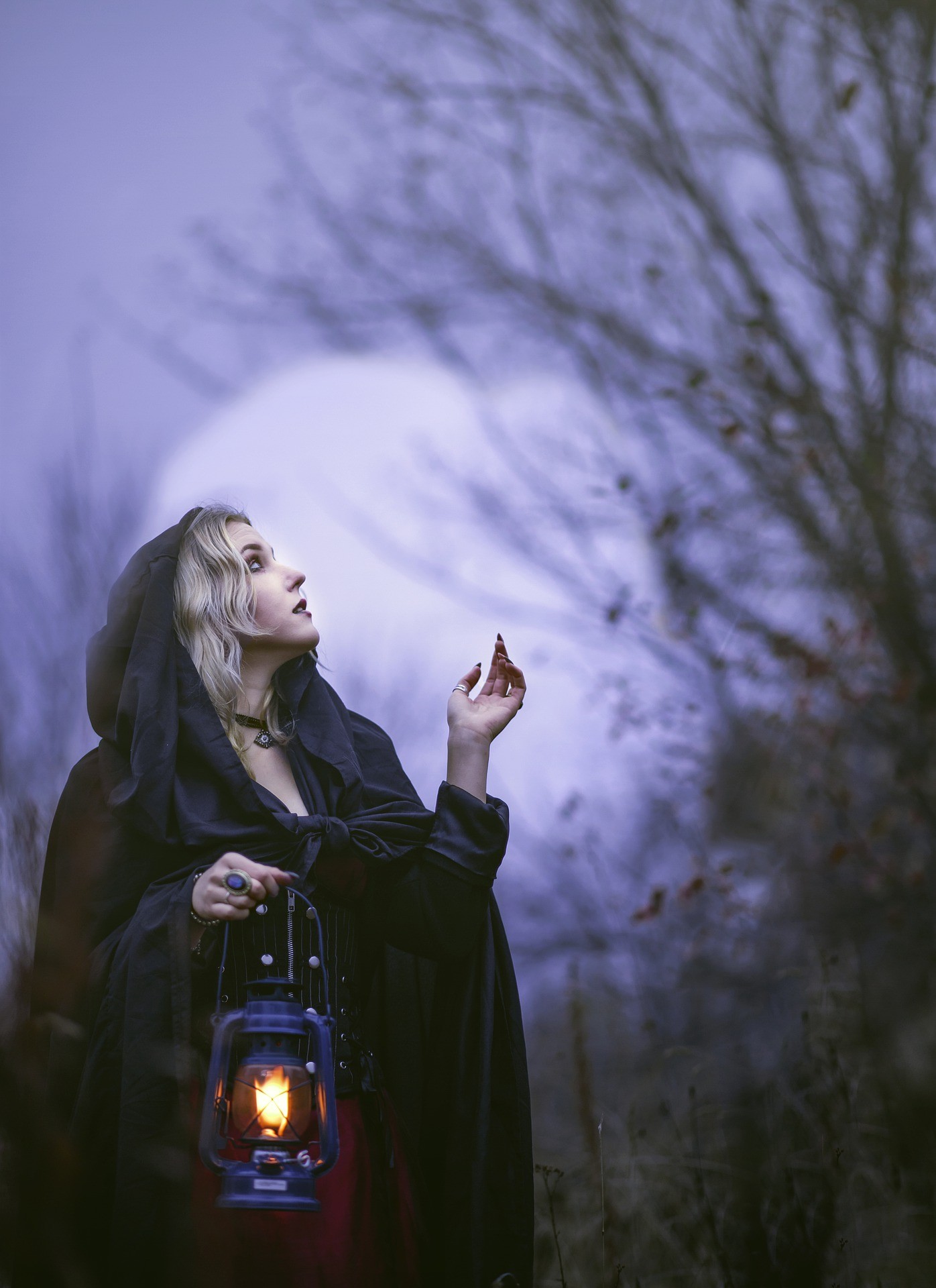 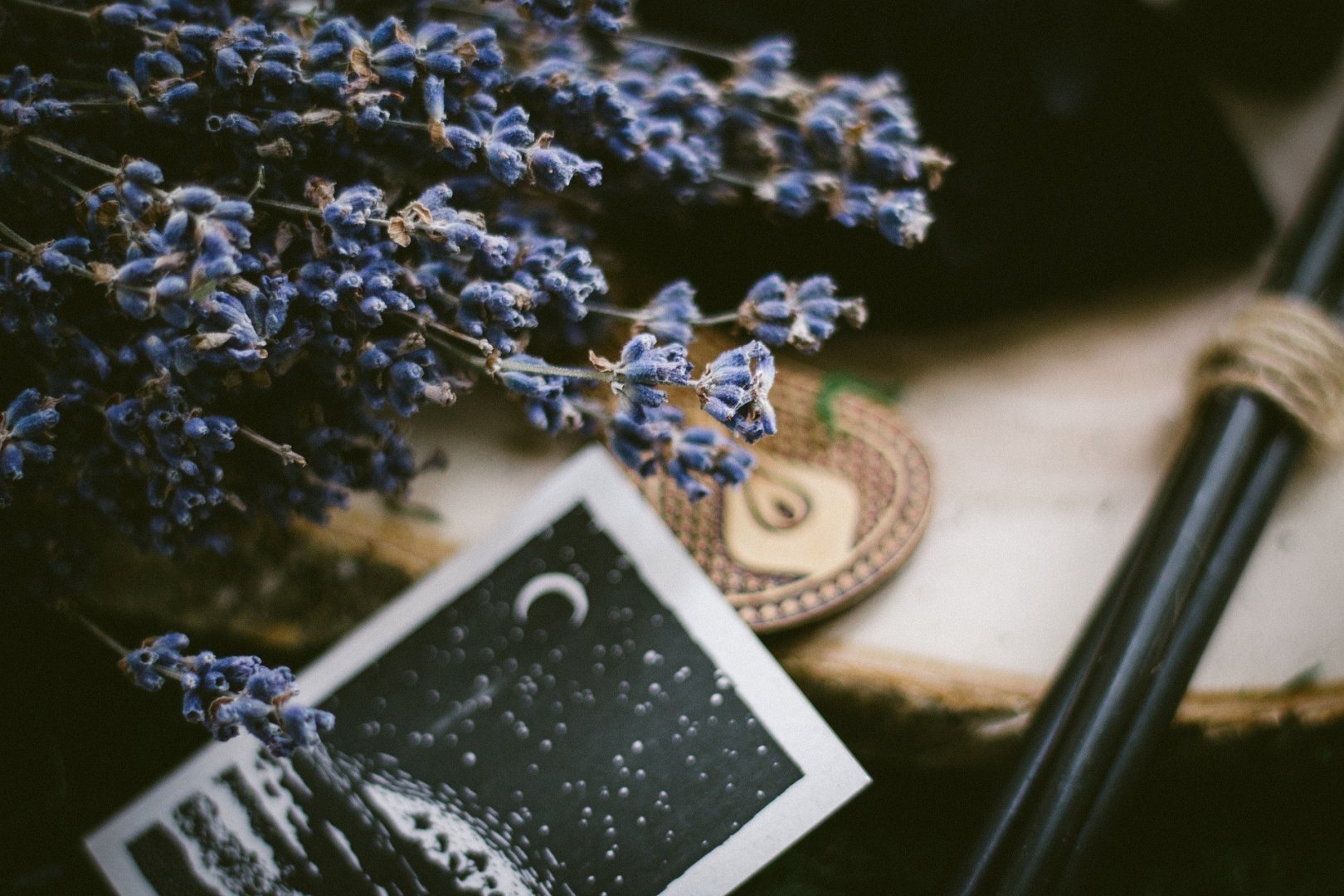