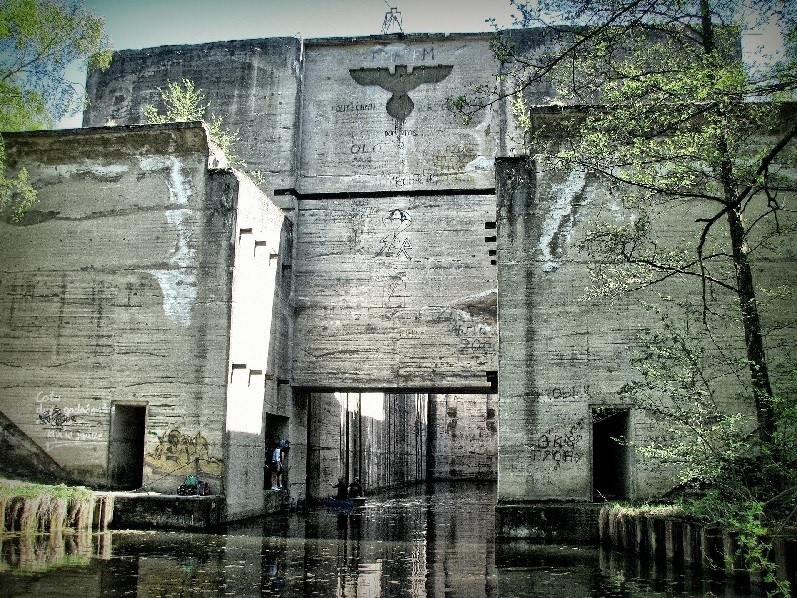 Warmia and Masuria the land of the best well known Polish Lake Districts are full of fortifications, trenches and defensive positions from World War II scattered throughout the forests. The Masurian Fortifications Trail is over 400 km of learning about the rich history that hides many secrets. From the times of the Prussians, there are strongholds and earth embankments, from the centuries of the Teutonic Knights there are monumental Gothic brick castles, and from the interwar and WWII period hundreds of concrete bunkers.

Wolfsschanze (Wolf’s Lair is located in Polish Lake District Mazury in small settlement Gierłoż about 36 km from Mrągowo (about 40 min drive) and 96 km from Olsztyn (about 1.5 h drive). In years 1941-1944 it was the headquarters of Adolf Hitler. This town camouflaged in the forest consisted about 200 buildings including bunkers, barracks, 2 airports, a railway station, a power plant, an air-conditioning facility, a water supply system and a thermal power station. In 1944 Wolf’s Lair was inhabited by 2 000 people. From this place Hitler commanded armies that were conquering the USSR. Moreover, it was also a place where a failed assassination of him was attempted. At the end of the war the bunkers were blown up. Currently, tourists visit the remains of the town and museum with guides. In the complex there are also a hotel, a restaurant and a shooting range. There are also company events, fairs and historic reconstructions organized. It is also possible to have a ride in historic vehicles.

One of the best-preserved complexes of German bunkers from the Second World War is located in Mamerki on the Masurian Canal. The complex includes a "giant" bunker, whose walls and ceilings are 7 meters thick. Corridors and shelter interiors are undamaged and accessible to tourists. Descents to the canals and the entire 30-meter underground tunnel connecting bunkers number 28 and 30 in "City of Brigid" have survived. The Germans did not manage to blow up the shelters, they were abandoned without a fight by the Wehrmacht army in January 1945. Currently, the Museum of the Second World War is located in the Mamerki complex in the "City of Bridget". The shelters of the Communication and Command Centre were illuminated and the interiors restored (over 600 sq m).

Boyen stronghold is situated in Giżycko, only 35 km from well-known Mazury resort Mikołajki. The star shape stronghold was erected between 1843 and 1855 and was designed to protect the pass between 2 great lakes Kisajno (southern part of Mamry lake complex) and Niegocin. It was designed for 3 000 Prussian soldiers and its area is 100 hectares. It was used for military purposes both during first and second world wars. The stronghold is opened for tourists all year long with a guide but from September till March the visit has to be arranged in advance. Apart from admiring stronghold buildings and architecture there are a few exhibitions in a barracks gallery, gun powder laboratory, stable and coach house. At fortress area there is also a youth hostel. The stronghold also offers other entertainment such as historic reconstructions, motorcycle rallies and concerts in the amphitheater situated also in the fortress. Boyen stronghold is really worth visiting during Mazury trip.

Hidden in a dense forest near the village of Pozezdrze, the complex was the field quarters of the SS and Gestapo commander Heinrich Himmler. It was called Hochwald, which means "High Forest". It consisted of nine buildings: six bunkers, two guardhouses and an underground garage. It was blown up in 1945 by German sappers, but the largest bunker, occupied by Himmler himself, suffered the least and can be still visited.

Along the Sapina river, between the Gołdapiwo and Kruklin lakes, there are remains of fortifications from the Second World War, which are part of the Giżycko Fortified Region. It consists of several dozen facilities, including shelters with machine gun positions, shelters for infantry, communications and command. One-person shelters called by soldiers "Koch's pots" attract attention. Most of the objects were blown up by German and Soviet sappers, but some have survived. You can see them while walking along the "Discover with us the secrets of Kruklanki" route. The remains of the railway viaduct blown up in 1945 over the deep Sapina valley near the village of Grady Kruklaneckie are also very impressive.

At the Gołdap Lake, in the Kumiecie Forest, in the vicinity of the present sanatorium, during the Second World War the headquarters of the Luftwaffe, codenamed Robinson, were located. A special Hermann Göring train was stationed there, on which the commander of the German air force traveled, among others to his estate in Romintach. Currently, there are shelters hidden among trees and the remains of a research center near the sanatorium.

Bridges in Stańczyki are two viaducts from 1917–1918 entered in the register of immovable monuments in the Warmian-Masurian Voivodeship. These are part of the already unused section of railway line between Goldap and Zytkiejmy, a length of 31km. The viaducts are located beyond the village of Stanczyk. Both are of a massive size and are considered the highest in Poland. They are about 200 m long and 36 m high. Reinforced concrete structure, five-span with 15m arches. The architecture is characterized by perfect proportions and the pillars are decorated with elements modelled on the Roman aqueducts in Pont du Gard. Hence the name - 'Aqueducts of the Romincka Forest'. The Błędzianka river flows under the buildings. Stańczyki is the best and most beautiful place in Poland for bungee jumping and swing jumping. Recently, it has been officially banned due to the poor technical condition of the bridges. In the vicinity of the viaducts, it is worth seeing the Swedish Rowan Avenue and several shelters that are part of the fortifications of the Masurian Border Position. At a distance of 3 km from Stańczyki, in the Prawy Las settlement, tourists will find a well-preserved bunker of the 105c type with steel shooting range covers and an observation dome.

Reszel lays about 67 km from Olsztyn (about 1:10 h drive) and 30 km from Mrągowo (about 30 min drive). The Gothic castle was built at the turn of the 14th and 15th centuries. During its turbulent history it was besieged and conquered a few times by Polish and Teutonic Knight, in the 19th century it was also used as a prison. Only after the World War II it was thoroughly reconstructed. Currently, in the castle we will find museum with art gallery, hotel for 50 guests and restaurant that can host an event for 60 people. It is possible to visit a museum individually or with a guide. Visiting Mazury area it is worth to see this Medieval fortified castle.

It is a Gothic building erected in the second half of the 14th century. The castle was built in a shape of square. Initially it had three wings built around a courtyard. It was surrounded by a defensive wall with three towers and an entrance gate from the town side. In the northern wing there was a refectory, chapel and apartments of the main Teutonic official. The castle and the farm that adjoined it housed, among others: a kitchen, a brewery, a mill, a bakery, a granary, a pantry, an armoury, a powder magazine, a chapel, and a prison. Currently, the castle houses the Municipal Library and the Regional Museum. The basement of the northern wing is a house of a knight brotherhood. The museum's collection includes, among others a collection of paintings, sculptures and antique furniture from the 15th to 19th centuries.

It is situated about 50 minutes ride from Olsztyn (about 50 km) and 1:30 h from Elbląg (95 km). It was built in 14th century and has an area of about 2700 m2. Currently, most of the chambers are available for tourists. Castle exhibitions present Gothic art, original interior decorations, furniture, documents about famous inhabitants of the castle, icons, 19th and 20th century Polish paintings. The youngest tourists will be happy to use historic costumes rental located at the castle grounds. Sightseeing of the castle is possible also with a guide. Gothic Lidzbark Warmiński castle is definitely worth visiting.

Summing up, Warmia and Masuria districts are a real heaven not only for sailors and natural environment fans but also the lovers of history and military. It can be a really fascinating journey to discover this region according to the historical key. If any of the above mentioned sights caught your attention, feel free to contact ITS DMC Poland group specialists that will help you to design the best sightseeing plan and make it come true. Fall in love with Poland and Masuria! 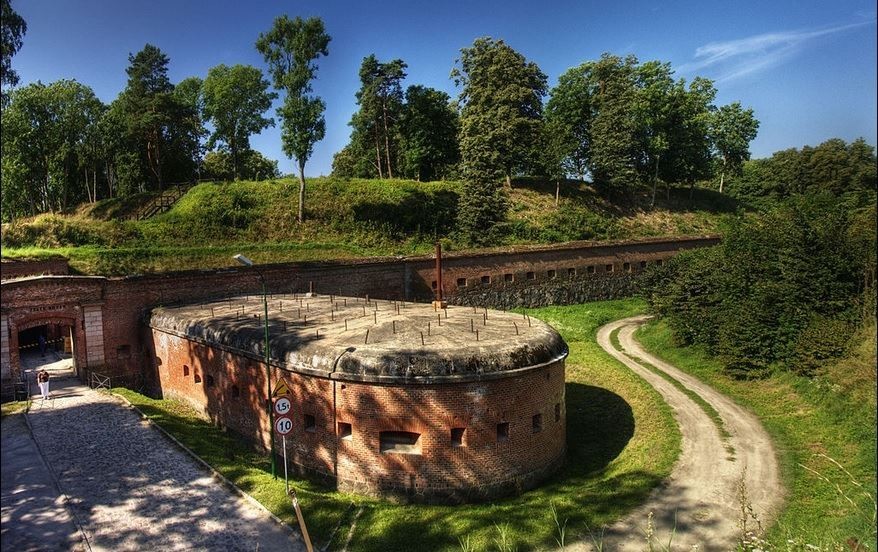 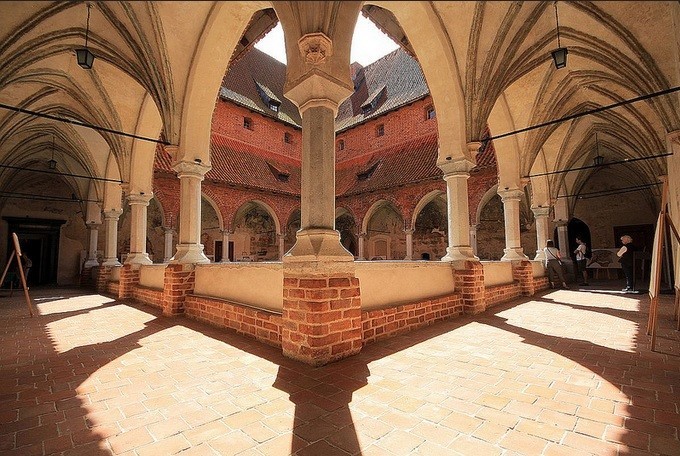 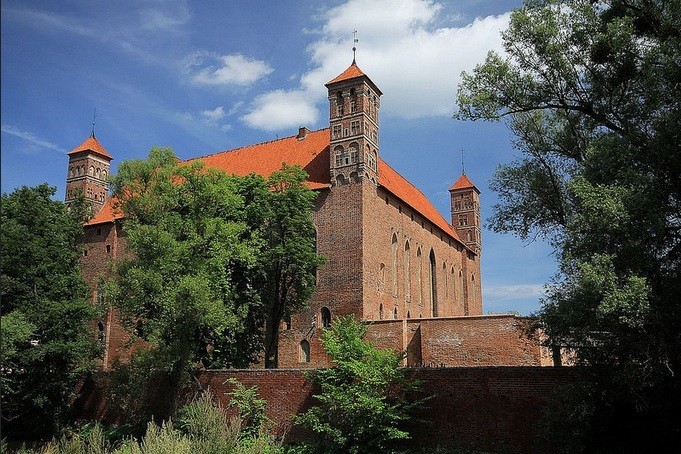 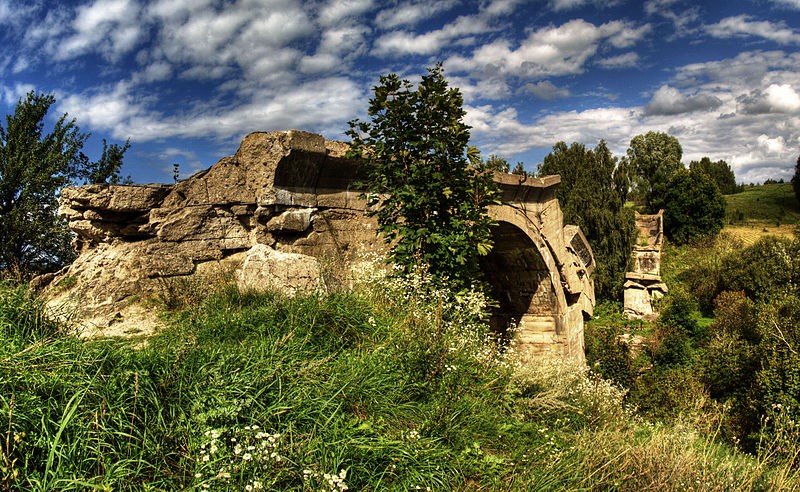 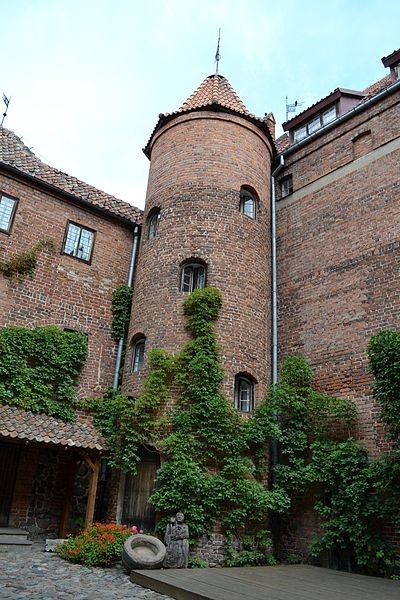 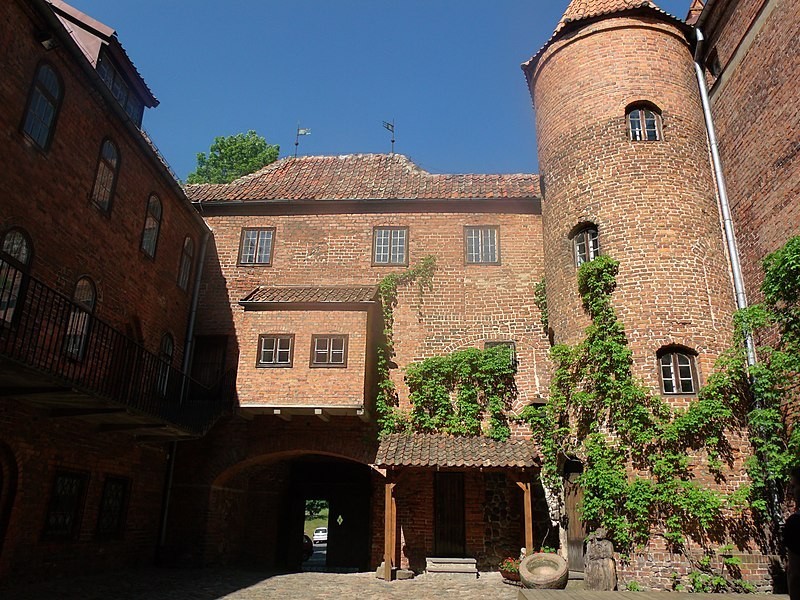 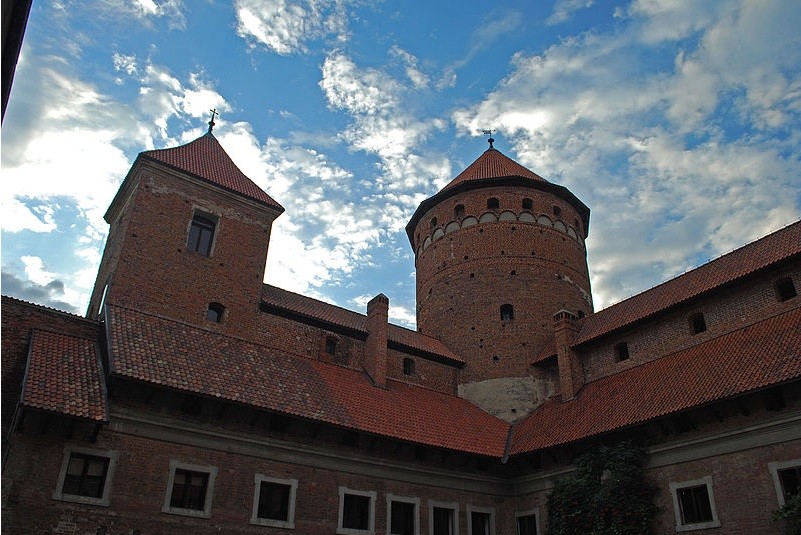 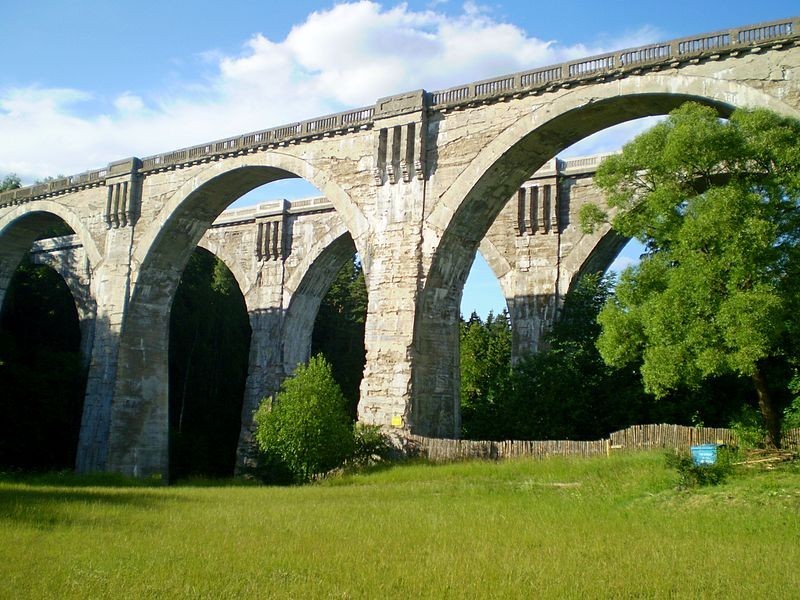 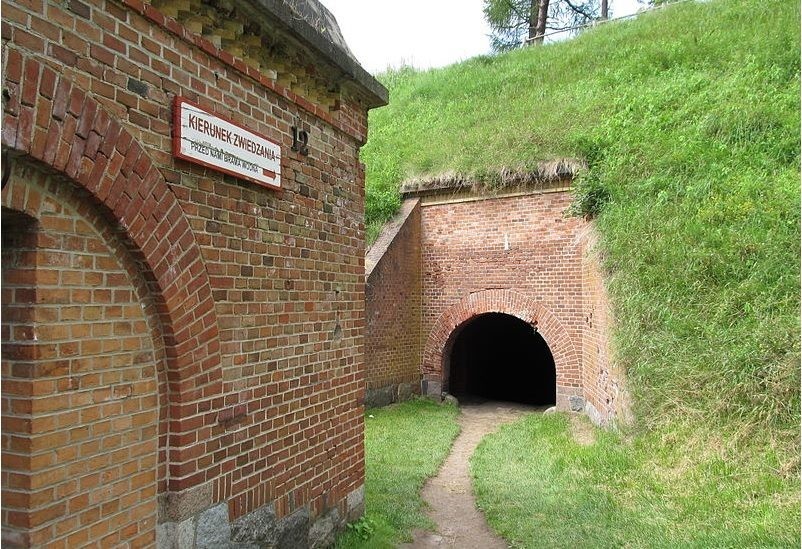 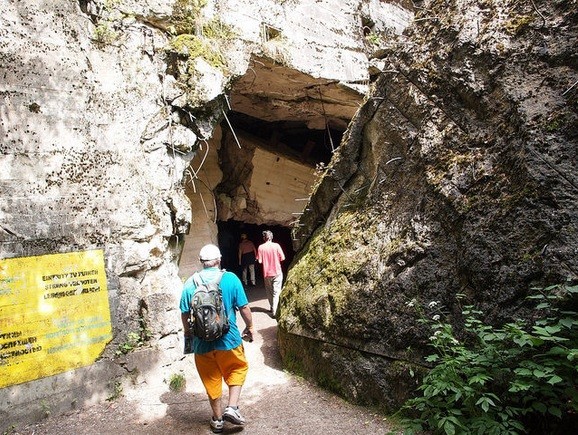 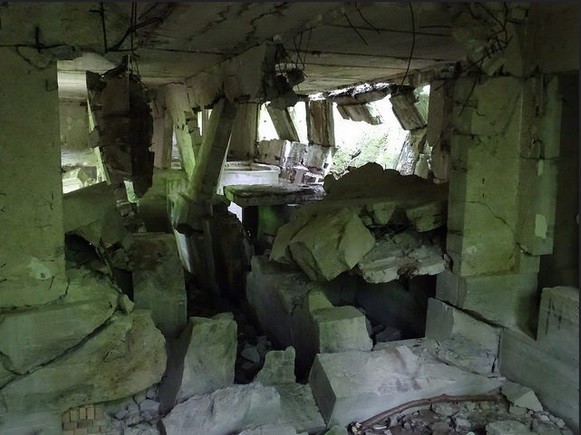 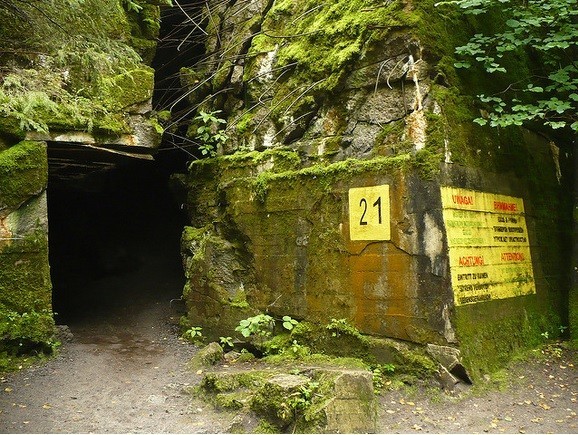 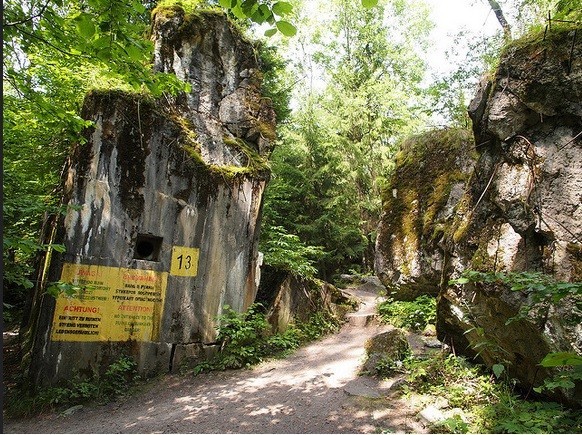 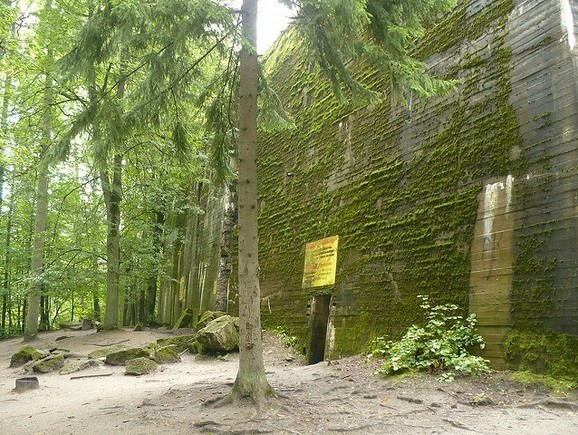