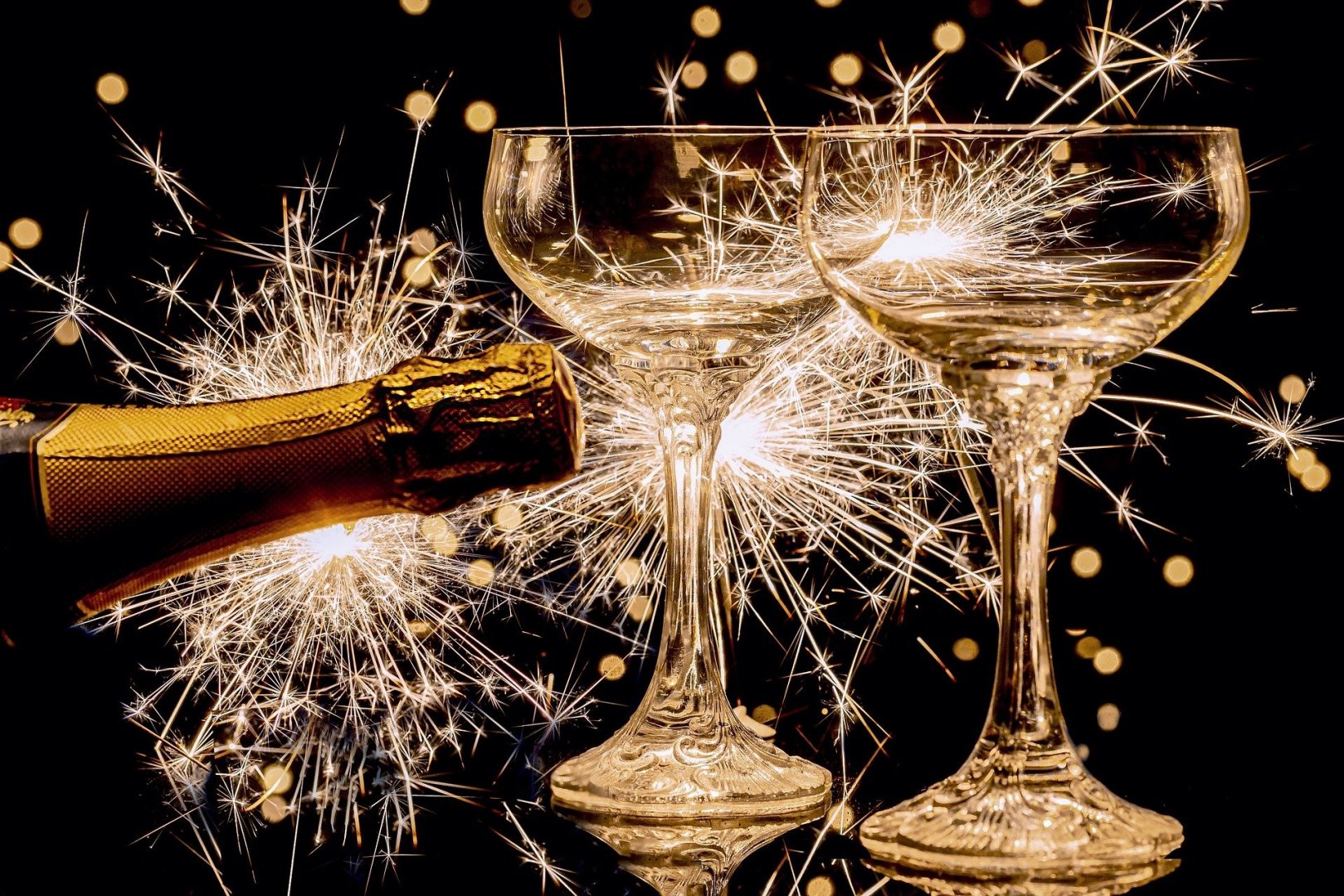 New Year’s Eve and the beginning of the New Year is a cause for celebrations all over the world. It is one of the most important nights during a whole year and it is no different in Poland. Most people associate the New Year’s celebrations with sparkling wine, fireworks and dancing, still the traditions are much richer. In this short article we want to present to you a history of New Year’s Eve celebrations and customs that you can encounter visiting Poland.

According to most sources, we owe the New Year's Eve fun to the prophecy of Sibyl, which marked the end of the world for the year 1000. At the turn of 999 and 1000, the dragon Leviathan was to wake up to destroy humanity. On the threshold of the new millennium, therefore, the apocalypse was expected, which was also described by St. John. When the catastrophe did not take place, in the early morning of January 1, A.D. 1000, then the pope Sylvester II blessed Rome and the world. On the other hand, people took to the streets to celebrate, and the Holy Father was considered a hero.

It is worth adding that it was only in the 19th century in the Austrian and Prussian partition areas of Poland the New Year's parties and balls custom appeared, which became common throughout the country in the interwar period. In Poland, the New Year's Eve party tradition was started by the nobility, who organized lavishly set parties, during which toasts and whip shots were raised to chase away the old year. Initially, only the richest classes of society had fun, later the tradition of the New Year's Eve party became more and more common, and finally it engaged all social classes. The farewell to the old year was usually spent in boisterous parties. For example the Kashubian tradition dictated the expulsion of the old year through a noisy walk around the village with songs and clattering sounds. The louder and happier people behaved that night, the happier the next year was supposed to be.

There are many traditions and superstitions connected with the first day of the New Year. It is often said that the rest of the New Year will look like the first day of the year. This is why it is recommended not to work hard on this day. Also remember that on New Year's Eve you should not clean the house, because in this way we can "sweep" happiness out of our lives.

According to traditional Polish customs, there must be nothing missing at home on New Year's Eve and New Year's Day. As a result, the coming months will be abundant and prosperous. It was also necessary to pay off all debts by then and return the borrowed items in order to start the new year with a blank slate. In Podhale region, pockets full of small coins were to provide abundance. They were also thrown into a bowl of water during the evening bath. Success in financial matters is also to be ensured by carrying Christmas Eve carp (traditional Polish main Christmas dish) scales in the wallet throughout the year. In order to ensure a good future harvest, oats were also sprinkled on one another. The same notion of ensuring abundance is also expressed nowadays by an obligation of eating a doughnut just after midnight at majority of New Year’s Eve parties.

Moreover, it is also believed that if we want to get rid of unpleasant memories, it is best to write them down and then burn them. A fire lit on New Year's Eve means symbolic purification and oblivion.

Another New Year’s Day superstition states that if a man is the first guest in the house in the New Year, the year will be a happy one. It was believed that women brought bad luck, so it was usually men who went out to express New Year's greetings to their neighbours. In return for a visit, they received a sweet treat.

Finally, New Year's Eve is also an occasion for unmarried maidens to divine whether they will be successful with the opposite sex. Putting something new on the New Year's Eve and taking special care of the appearance was to guarantee love conquests.

The end of the year provokes reflection. On many TV programs and internet portals, people tend to find out summing up of the passing year’s major events. People sum up the past events and try to predict what upcoming year holds for them.

Currently, fireworks, loud music, dancing and lots of snacks are the most common people's ideas for spending the New Year’s Eve. Most Poles choose either organized balls, house parties or huge outdoor concerts organized by majority of big Polish cities. The best well known concerts of this type are usually organized in Warsaw, Cracow, Wroclaw and Gdansk. This year, due to the prevailing coronavirus pandemic, celebrations around the world and in Poland will again be different. As a precautionary measure, in many cities mass celebration is cancelled or limited to a minimum. People eager to meet and have fun, this year will only have meetings with their loved ones in the family circles or at bigger parties organized especially for vaccinated people.

Traditionally, it is fairly easy to fall prey to the jokers on New Year's Eve. Usually, pranks are the domain of the young, and their type depended on the imagination. In the past, it happened that the chimneys were blocked with glass so that on New Year's Day the hostess could not light the fire in the stove. The boys often took the carts outside the farm, and sometimes they took them to the roofs of the barns. After New Year's Eve, you could look for not only a cart, but also other agricultural tools. This is not all that threatens the hosts from jokers - windows covered with lime, dismantling the fence or gate, wiring on the door are probably the most common pranks that happen and for which you cannot be offended. Bachelors are usually pranksters, and the most attention is paid to the houses in which there are unmarried girls.

In modern times, people gather in the streets at midnight and admire the display of fireworks or firecrackers glittering in the sky. These shows have been very popular for many years although more and more often they are limited due to appeals of environmentalists about the harm the loud celebration makes to the domestic animals.

Most people spend the New Year’s Day quietly, resting after the extravagances of the New Year's Eve. It is often a very family day when people can walk slowly and enjoy the presence of their loved ones. What is more, in many Polish cities, New Year's marathons and other forms of active leisure are very popular.

New Year’s Eve and New Year’s Day are always a good reason for cheerfulness and celebration. No matter if you believe in numerous traditional superstitions or New Year’s resolutions it is good to lower your pace and meditate a little about passing year and what 2022 brings. We all at ITS-Poland believe that 2021 has taught us many lessons and we feel we will emerge from it strengthened and enriched. The pandemic has shown us the value of partnership, communities and how, together, we can make a difference. We want to give you our warmest wishes for faith, hope and peace is safe 2022! 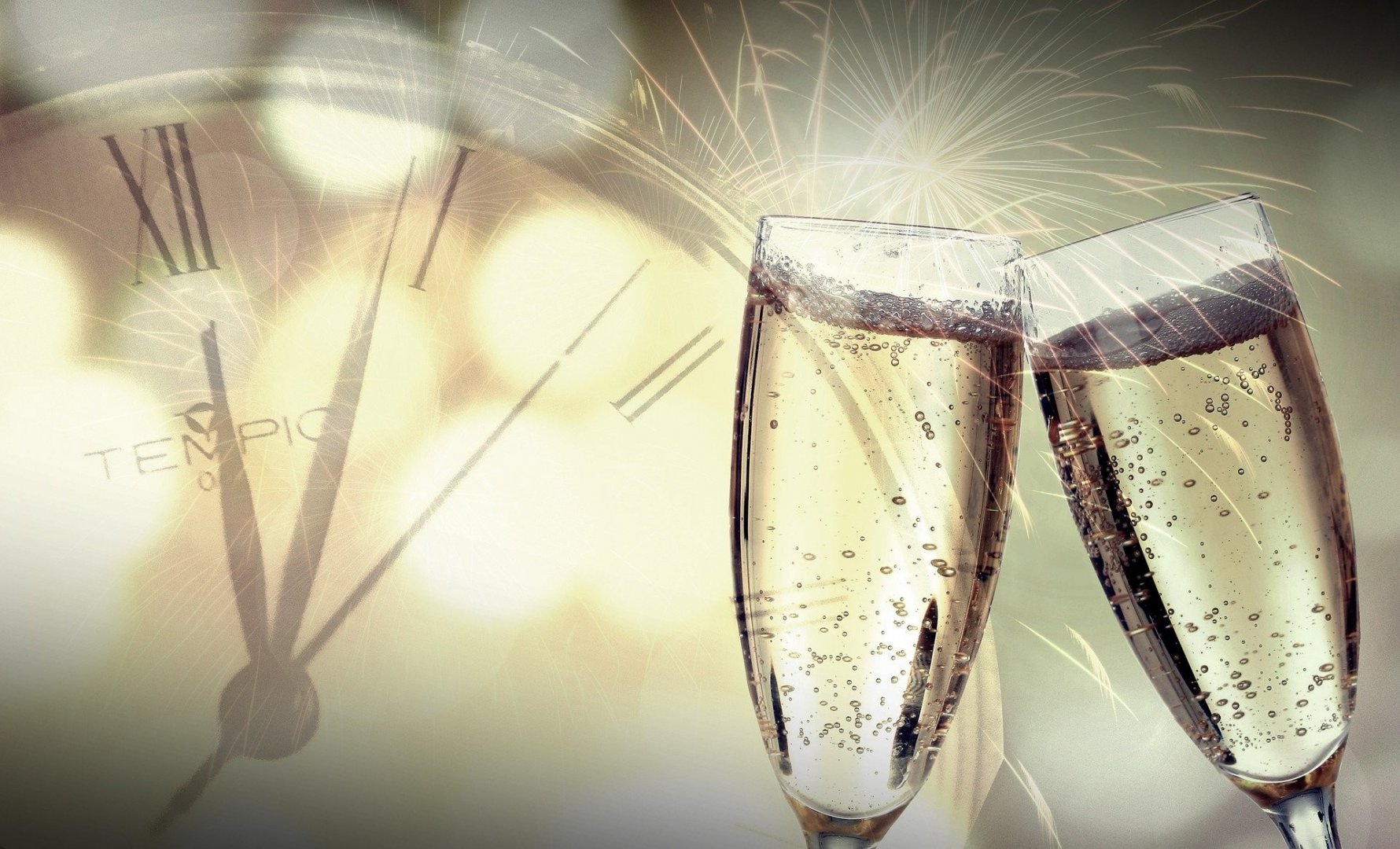 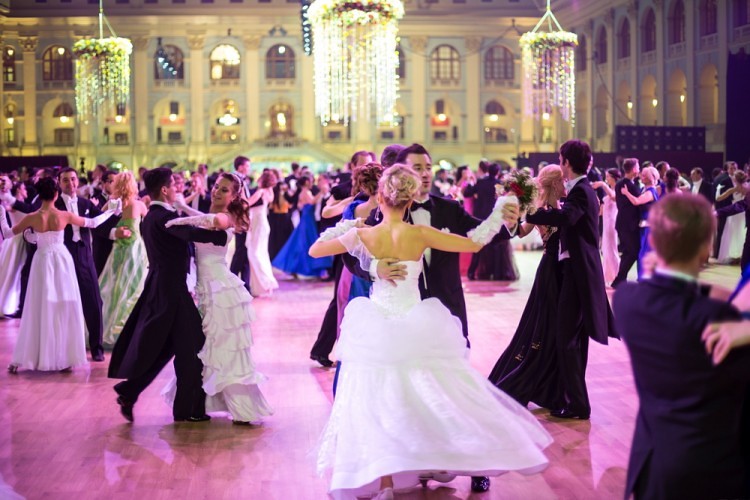 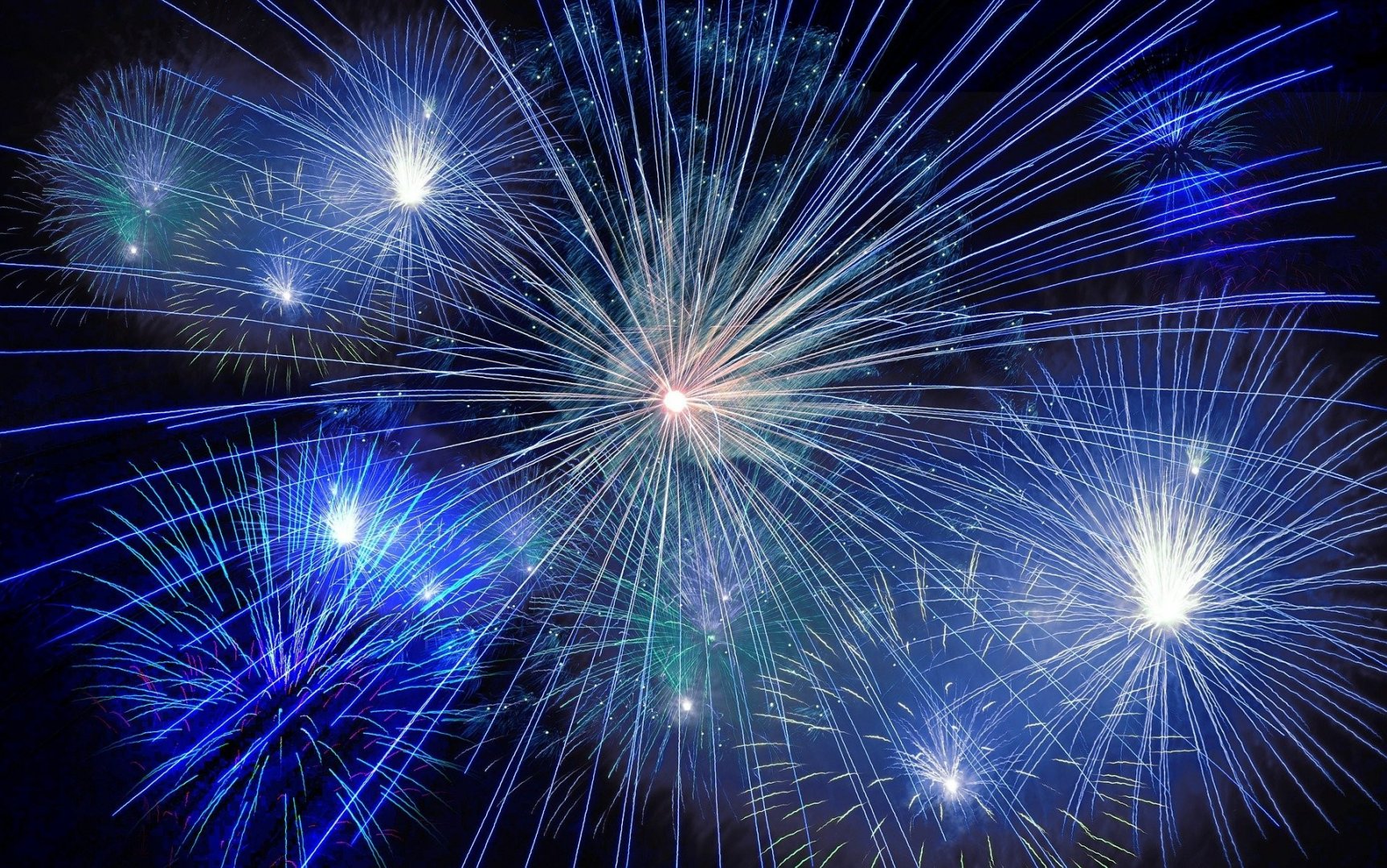 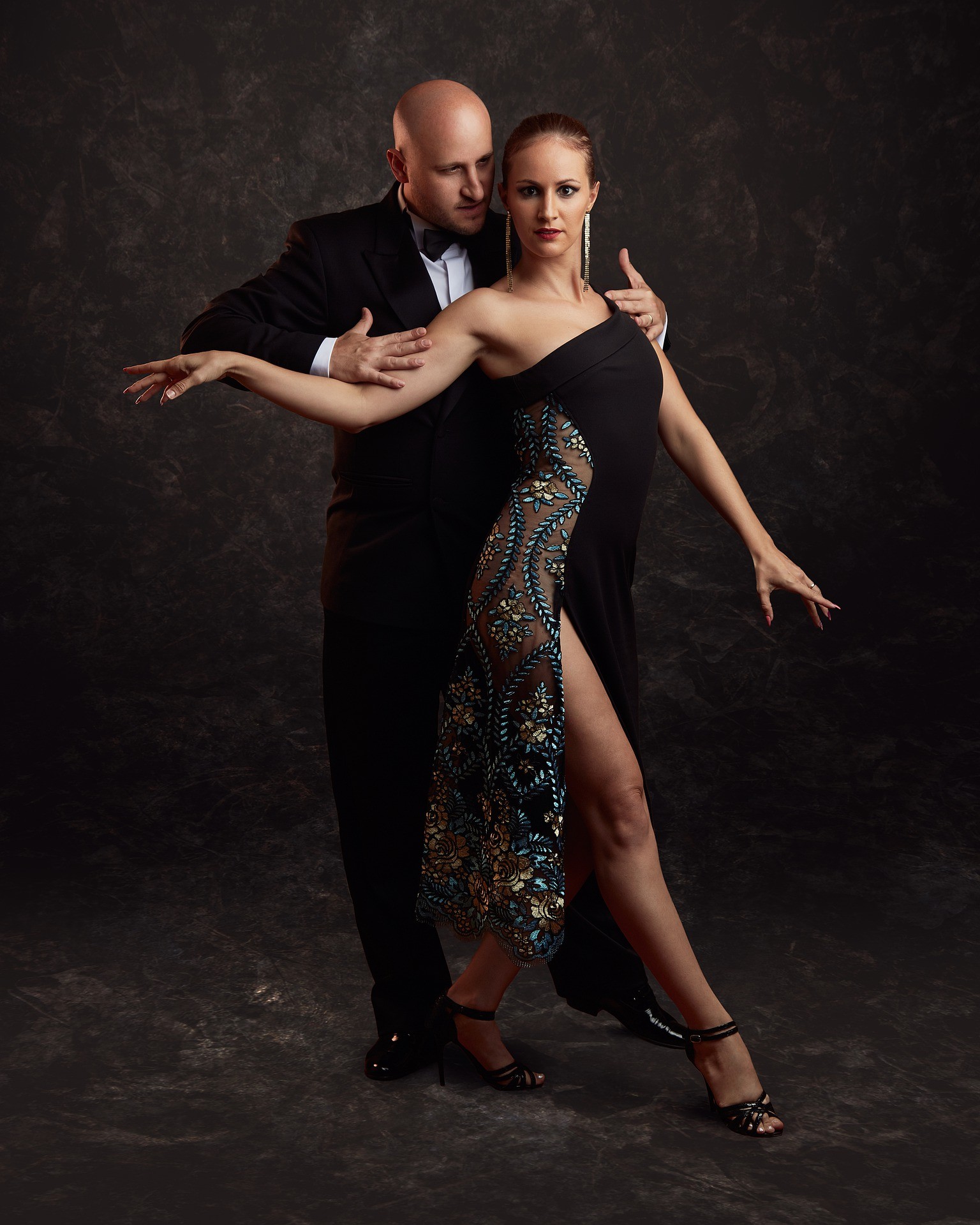 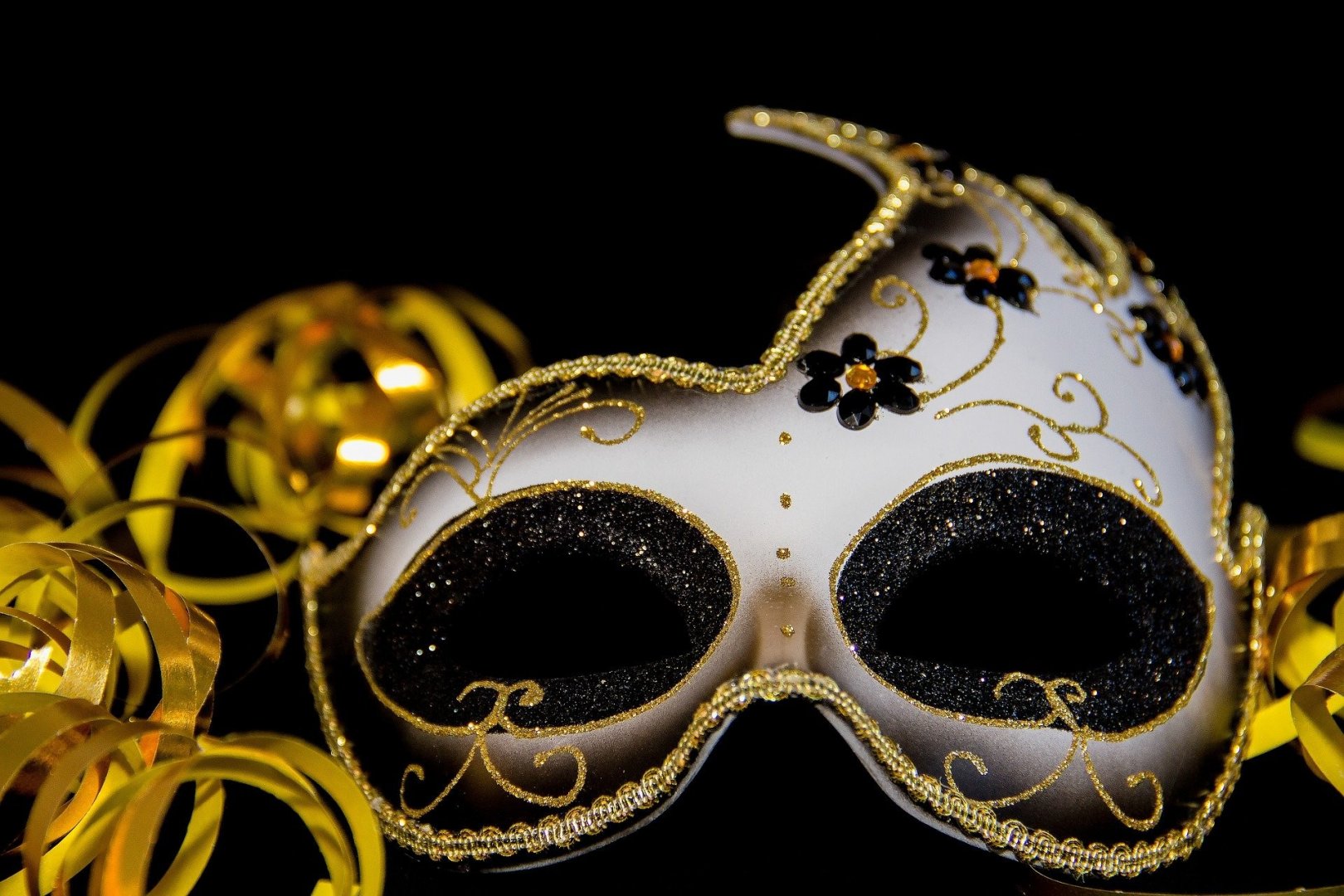 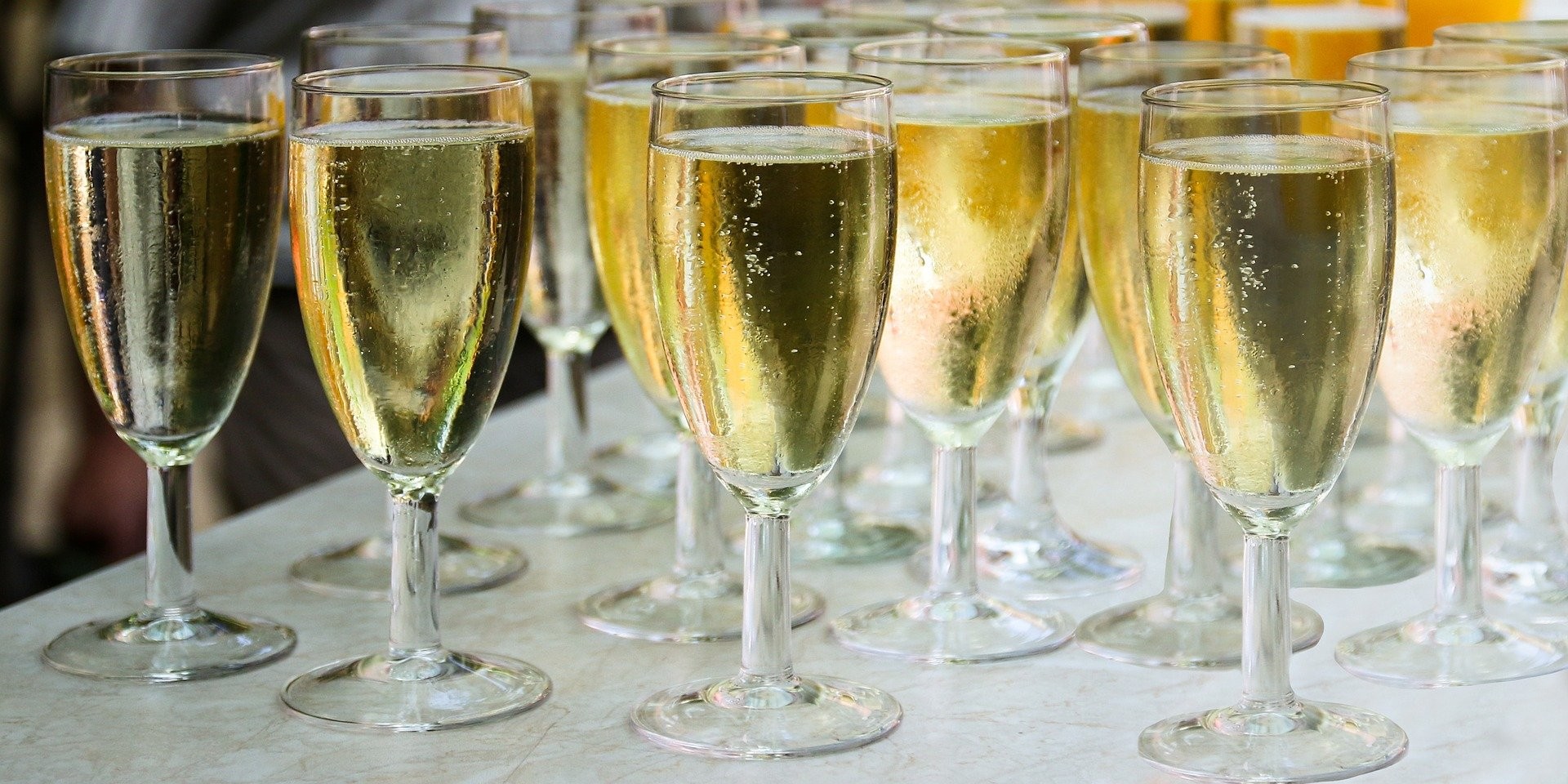 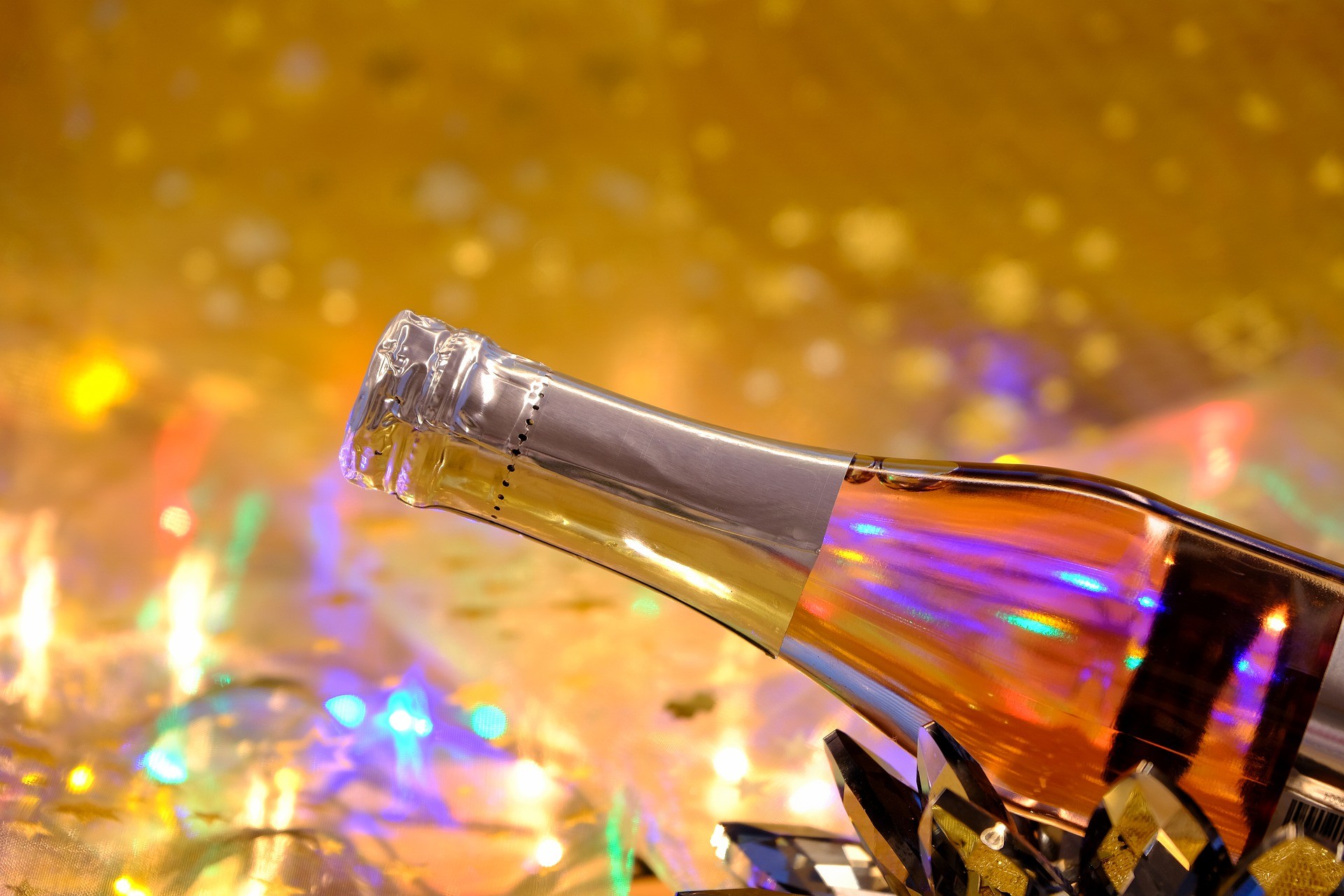 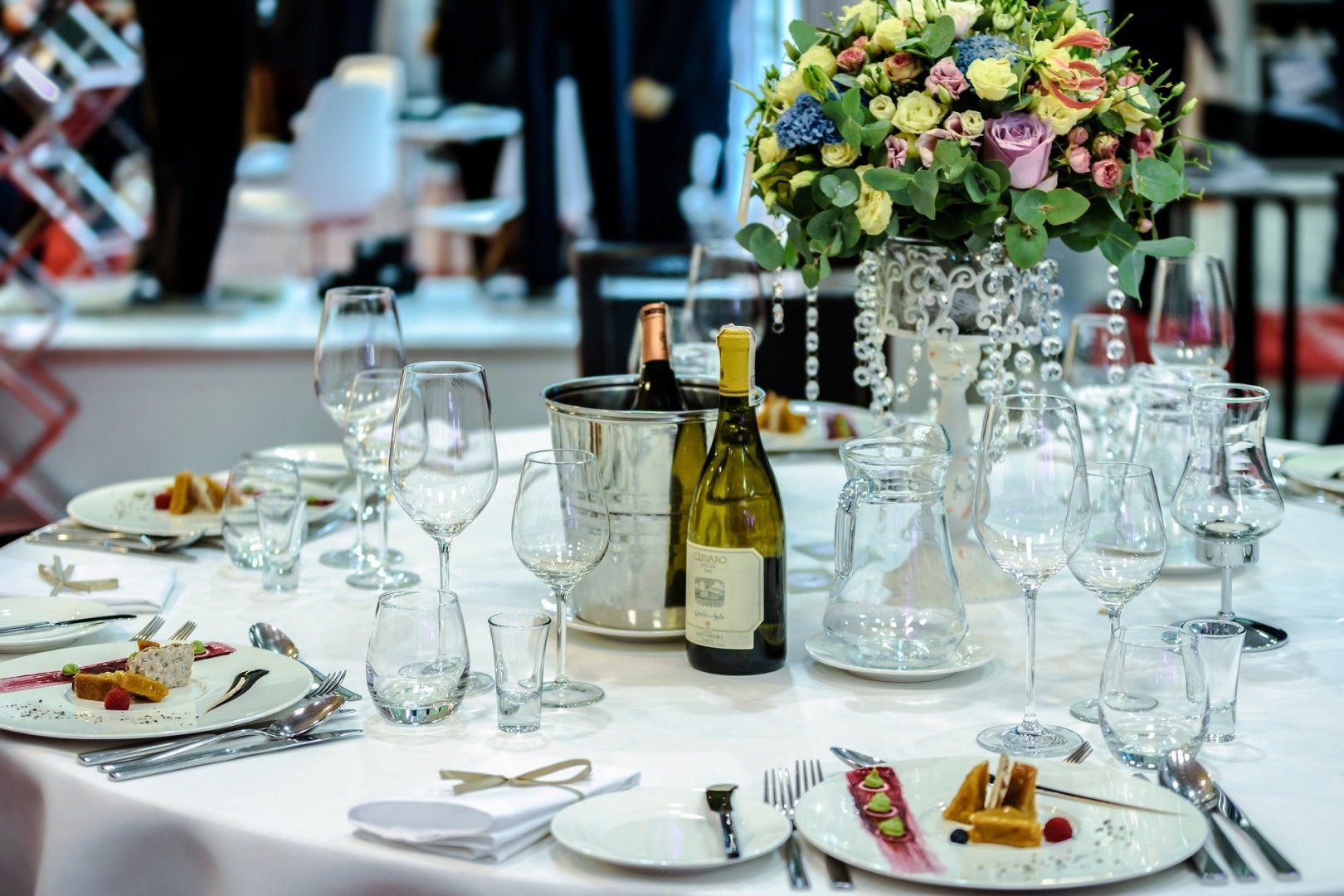 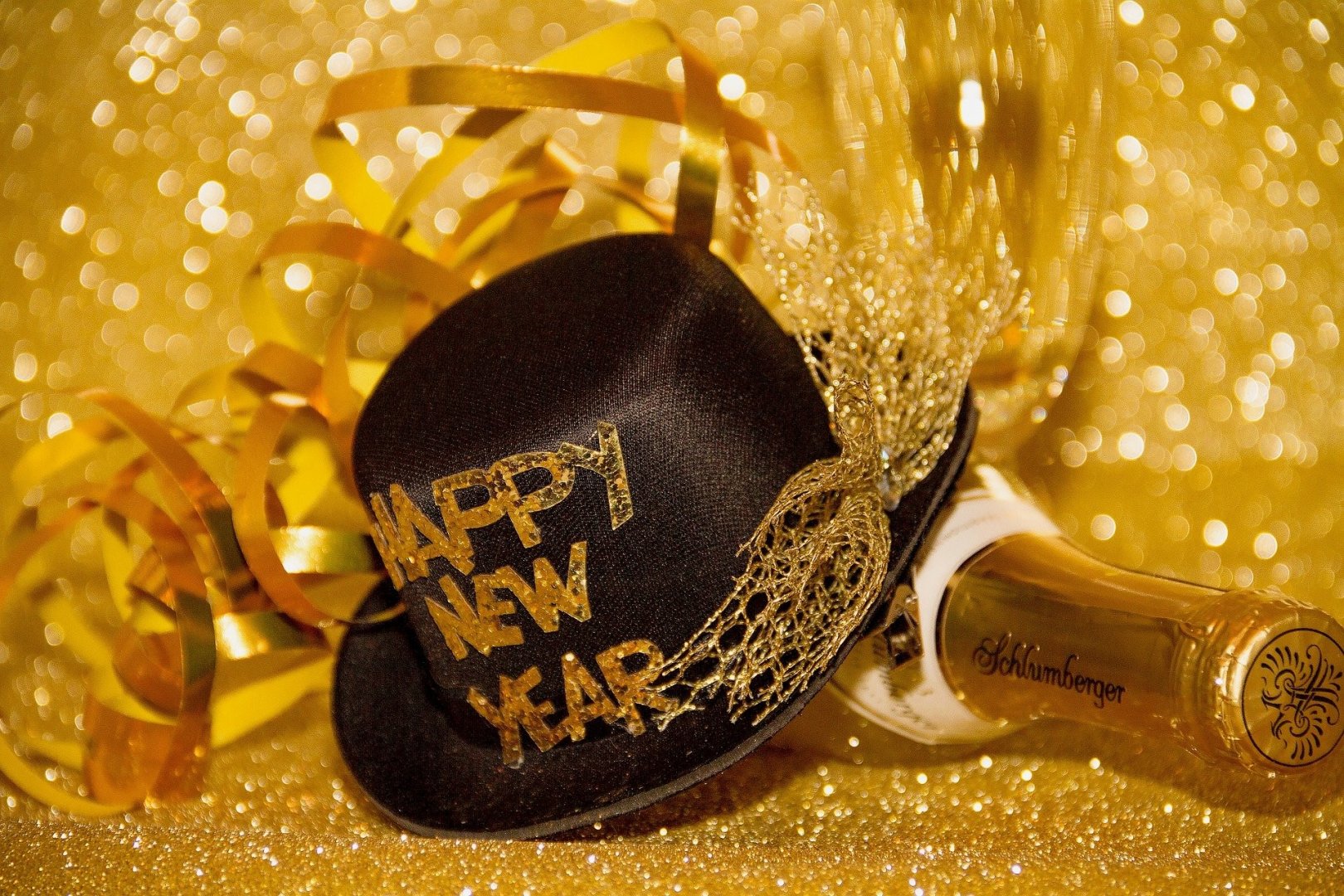