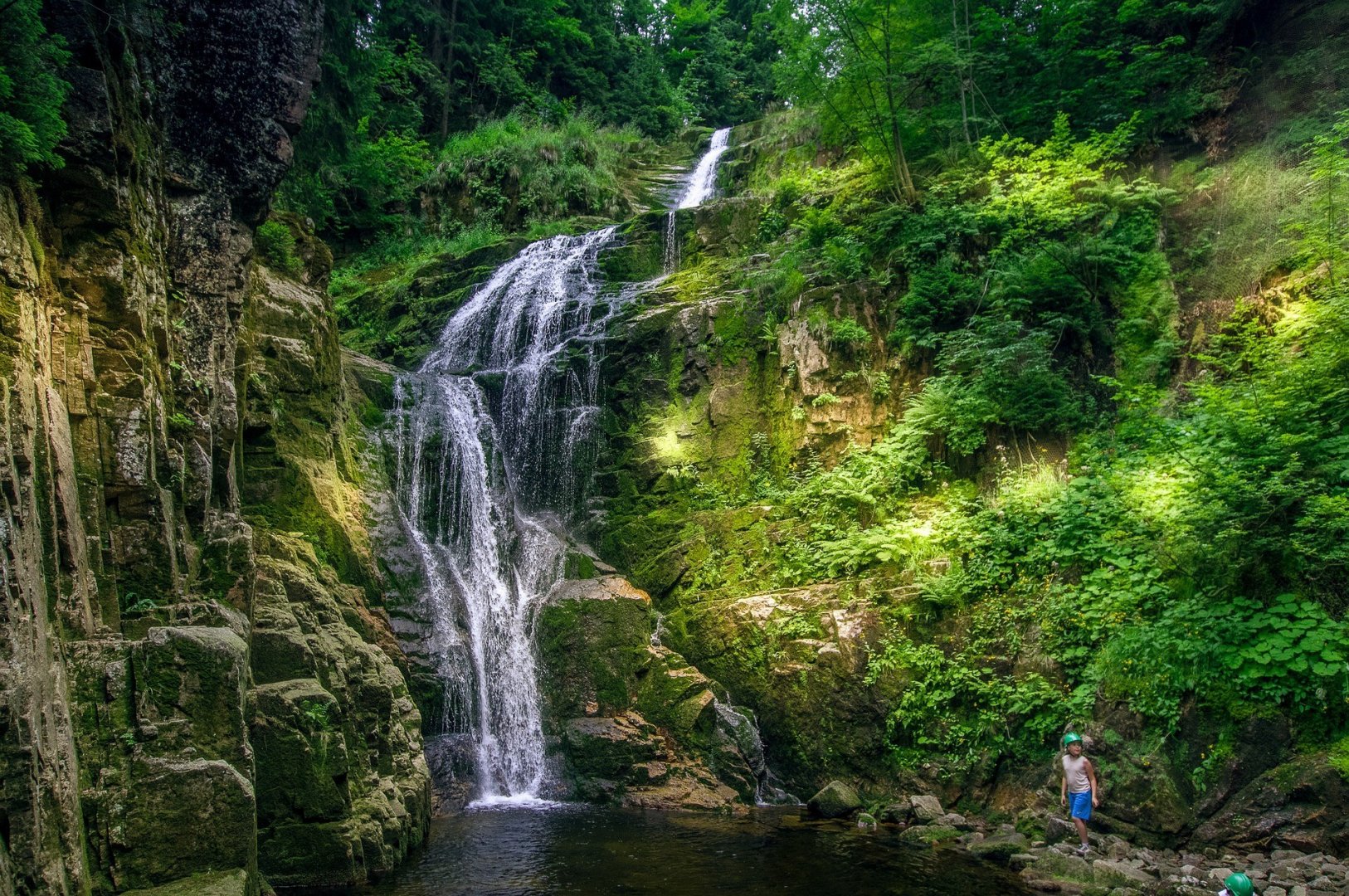 Waterfalls are one of the most stunning views that nature can offer. It is nothing more than water of a river or a stream falling from a certain height and creating a gorgeous phenomenon. Waterfalls are always nice to look at. The tallest one in the world is Salto Angel in Venezuela with almost 1 km of height (precisely 979 m). However, probably the most famous waterfall all over the world are the Niagara Falls which actually consist of three waterfalls and are a border between New York in the USA and Ontario in Canada. Poland also can boast about some beautiful waterfalls and here is the list of the most impressive ones.

The highest waterfall in Poland is the 70-metre Siklawa in Zakopane. It is also the highest waterfall in the Tatra Mountains cascading with two or three streams right between the Valley of Five Ponds (Polish: Dolina Pięciu Stawów) and the Roztoka Valley. Siklawa is an attractive point worth seeing especially during fine weather when falling water creates amazing, multicoloured rainbows. Under the northern wall of Giewont, there is also a waterfall with a similar name – the 23-metre Siklawica.

Kamieńczyk is, in turn, the tallest waterfall in Polish part of the Sudety Mountains, picturesquely situated among greenery on the route from Szklarska Poręba to the main ridge of the Karkonosze Mountains. Here, water falls from a height of 23 m with three cascades. Behind the central cascade there is a grotto (called ‘Złota Jama’). It is worth to mention that the place was a setting for some scenes to a famous film “The Chronicles of Narnia: Prince Caspian” from 2018. Moreover, the Kamieńczyk Waterfall is a part of the Karkonosze National Park.

The charming locality Szklarska Poręba has also another beautiful waterfall which is the Szklarka Waterfall . It is the second tallest waterfall in the Karkonosze Mountains in terms of height – water falls here from 13 m with one cascade creating characteristic spirals. Although the Szklarka is hidden in a scenic forest, the place is easily reachable for tourists because it is located next to the trunk road.

Another well-known and impressive waterfall in Poland, located in the High Tatras on the Roztoka stream, pours out of the Valley of Five Ponds. The waterfall consists of 3 larger cascades (3-10 m of height) and a few smaller ones, and it is scenically surrounded by larches and Swiss pines. Its name ‘Wodogrzmoty’ (lit. water + thunder) is connected with a bang caused by water hitting the rocks. In 1891, the name of Mickiewicz was added to the name of the waterfall in remembrance of bringing the ashes of this great Polish national poet to the Wawel Royal Castle the year before. Today, tourists can admire only one part of the Mickiewicz’s Waterfalls from the stone bridge placed on the trail to the largest lake in the Tatra Mountains – Morskie Oko (Eng. Eye of the Sea).

The last one on our short list is Dziki Waterfall (the Wild Waterfall) which is undoubtedly one of the main tourist attractions in Karpacz. Actually, it features a dam built on the Łomnica River due to massive floods which were overflowing the nearest area in the 19th century. Today, this breathtaking waterfall is one of the most beautiful and gladly visited places in the Karkonosze Mountains.

These are of course only some of numerous stunning waterfalls in Poland, because Polish mountains have much more to offer. If one wishes to explore the indisputable natural beauty of southern Poland, they should not forget about these unusual water phenomena. 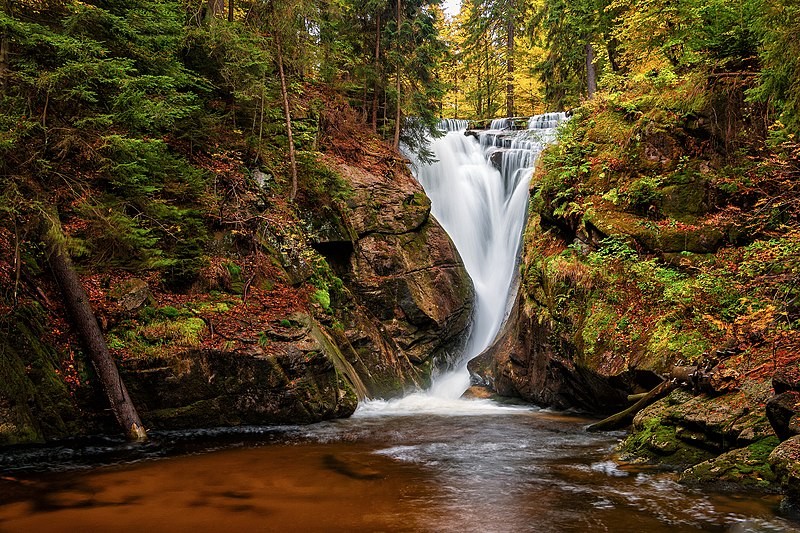 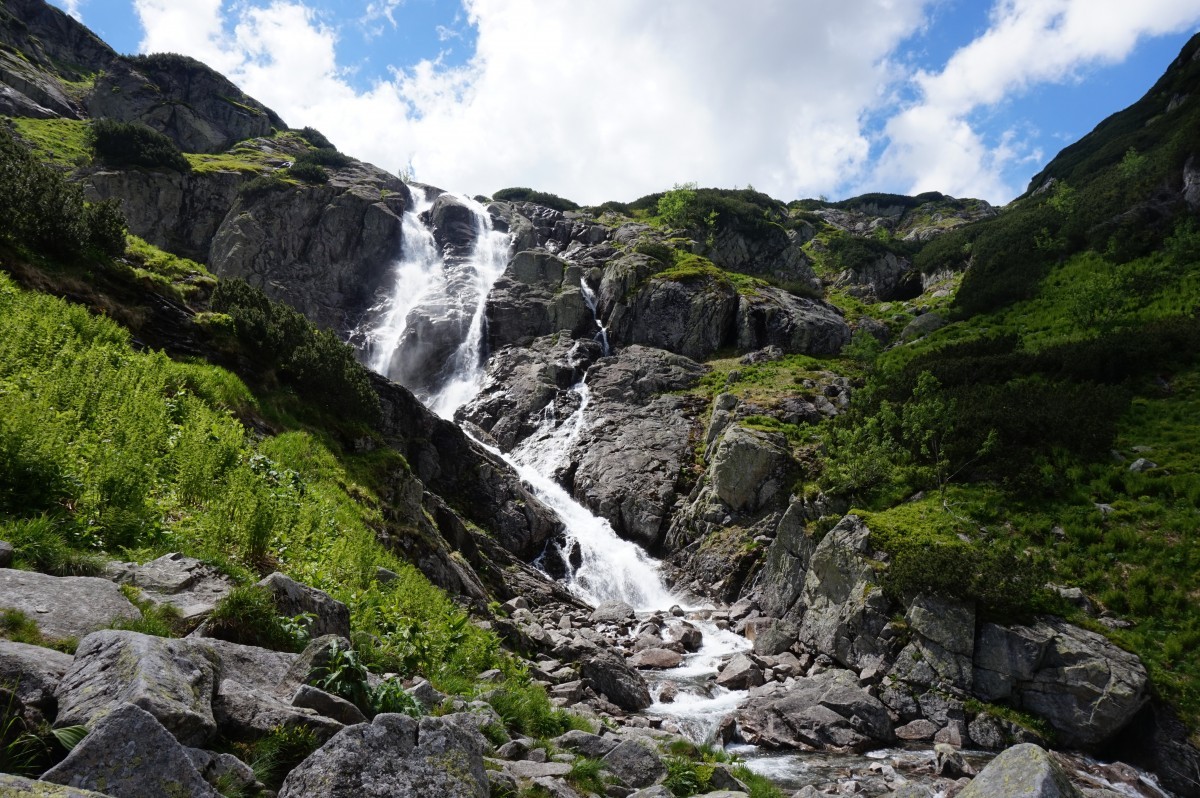 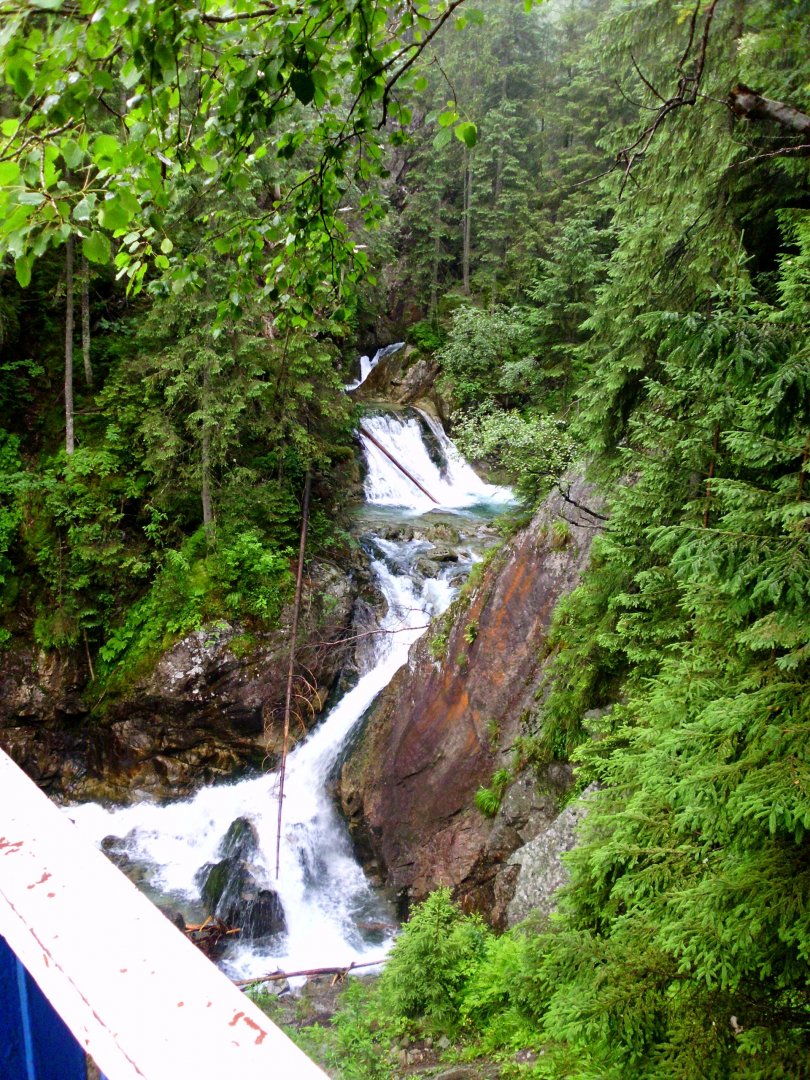