Jura Krakowsko-Czestochowska (Kraków-Częstochowa Jurassic Region) is one of the most interesting, especially in terms of nature, tourist regions of the country. It stretches across southern Poland and covers an 80-kilometer belt between Kraków and Częstochowa. The local landscape is distinguished by medieval castles, elegant palaces, historic wooden churches, museums and open-air museums. It is famous for its Orle Gniazda (English: Eagles’ Nests) castles, speleology favourable conditions, rock climbing Błędowska Desert, Ojcowski National Park, Kraków and Czestochowa cities. Take a tour with ITS Poland DMC and discover the most interesting attractions of Jura Krakowsko-Czestochowska.

The main aim of the park is the protection of Prądnik Valley with caves, plant and animal life in this area. The land of the park is built of Jurassic limestone created about 150 million years ago. Such a geological structure created favourable conditions for developing of caves. In the park there are about 700 of them. The most famous one is Łokietek Cave. In the park there are also deep canyons even up to 120 m high. There are also 950 plant species and 1200 animal species. The most interesting animals are bats. There are 19 species of them living in Ojcowski region. In the park we can also find architecture monuments such as Pieskowa Skała Palace and Ojców Castle. Visit in the park can be easily combined with a trip to Kraków as this old Polish capital is only 20 km from the park (30 min drive).

It is the only desert in the country and also the biggest European desert. The length of the desert is 10 km and its width is 4 km. The area of moving sands is about 33 km2. Currently only 1/3rd of the whole sand layer is covered in sand only. The rest of it is slowly reclaimed by plants. The distance from Kraków to the desert is 47 km (1:10 h). It is an attractive walking and horse riding area and also a magnificent natural curiosity. At the desert, before and after the Second World War, there was a military training ground organized. Right now Polish army trains parachute jumpers in this area which can also be very spectacular for the tourists in the area. The most popular viewing point for Błędowska desert is Czubatka.

They are Gothic, fortified structures perched on rock massifs. Mostly, they were castles built in Medieval times, but now most of them are ruins. The fortified castles perched on high rocks in Jura like eagles' nests. These former border strongholds, built in very hard-to-reach places, were perfectly integrated into the massive limestone inselbergs, so they formed an inseparable whole with the Jurassic hills. That is why for centuries they were as difficult to conquer, unattainable as the habitats of wild birds, and were an important defense link for the country. There is a special tourist red trail of Eagles’ Nests from Częstochowa to Kraków which has 163 km. The most important castles along the route include: Olsztyn, Mirów, Bobolice, Bąkowiec, Góra Birów, Ogrodzieniec, Rabszyn, Smoleńsk, Bydlin, Pieskowa Skała, Ojców, Korzkiew, Wawel, Jasna Góra Stronghold.

Jura Krakowsko-Częstochowska is the most popular rock climbing destination in Poland due to very convenient limestone rocks. There are many schools of rock climbing that help to organize rock climbing events. The length of the rock climbing routs differ from a few meters to even 20 meters.

It is a city laying abort 125 km from Cracow which is the spiritual capital of Poland. Every year Jasna Góra Sanctuary situated here is vi sited by a few million pilgrims from all over the world. It is the most important pilgrimage site connected to Marian devotion of the famous painting of Black Madonna. The sanctuary has been run by the Order of Saint Paul the Firs Hermit since 1382. The painting has been famous through the ages for miracles and healings therefore, tourists can observe here many thanksgiving offerings. The sanctuary has been already visited by 3 popes John Paul II, Benedict XVI and the current pope Francis. The Bright Mountain as the sanctuary is called by the Poles offers much more to tourists: the beautiful basilica, cenacle, Knight’s Chamber, rampart, viewing tower antique Golgotha and museums: Treasure, Museum of 600 Years Anniversary, Treasure of National Memory, Armoury. Częstochowa is a place where you should spend at least one day during trips around Poland.

Kraków is the second biggest city in Poland with over 774 thousand inhabitants. Still, in terms of tourism it is the most important city in the country. Kraków was the capital of Poland between 1320 and 1609. It has multitude of monuments and its Old Town was enlisted at UNESCO World Heritage List. The most important tourist sights in Kraków include: the Main Market Square, St, Mary’s Basilica, the Cloth Hall, Collegium Maius, Florian’s Gate, Słowacki’s Theatre, Wawel Castle and Cathedral, Franciscan Church, St. Paul and Peter’s Church, Kazimierz District.

Jura Krakowsko-Częstochowska is an amazing area for natural wall climbing fans and mountain stroll lovers. A real treat awaits also speleologists and castle enthusiasts. Even the most demanding tourists will find something for themselves in this region and the most popular tourist city in the country Kraków. If you want to explore Kraków-Czestochowa Jurassic region, don’t wait any longer and contact ITS Poland DMC. 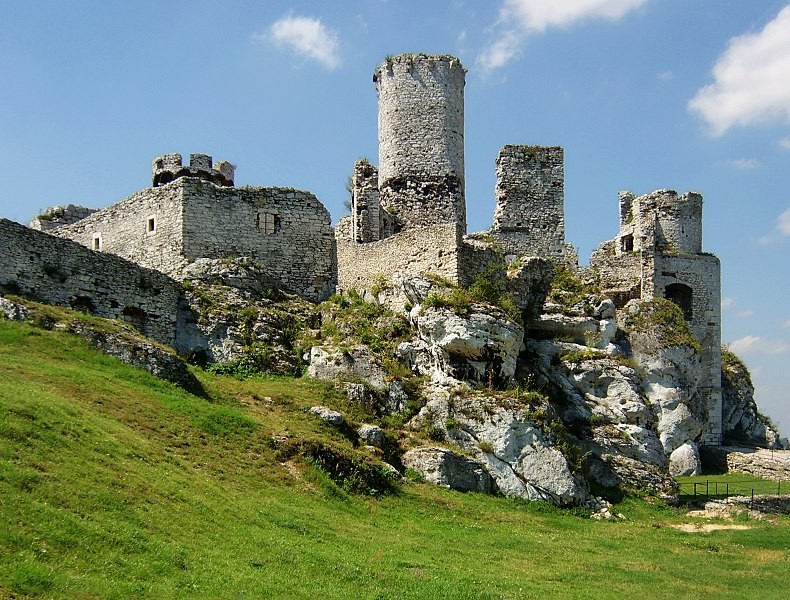