Strongholds and forts in Poland

After the 16th century castles were no longer suit for defence purposes. They were displaced by fortifications and strongholds of various types. Poland due to its turbulent past has many strongholds erected by various nations that are real tourist attractions, unique and one of the kind. They attract adventure seekers, history lovers, reconstruction groups and tourists that want to admire reconstruction spectacles. Nowadays, the most interesting strongholds are museums or gastronomical and tourist centres that offer organization of various group events. They are often opened for tourists both on the surface but also underground.

The main Polish strongholds were erected in times when Poland lost its independence for 123 years (1795-1918) by the three partition armies. The partitions were conducted by the Habsburg Monarchy, the Kingdom of Prussia, and the Russian Empire, which divided up Polish lands among themselves progressively in the process of three territorial seizures and annexations. During that period the following strongholds has been built: Prussian (Goniądz, Toruń, Poznań), Russian (Warszawa, Osowiec) and Austrian (Kraków, Przemyśl). In the interwar period and during the last war, large fortified areas were established (among others Międzyrzecki Fortified Region and Wał Pomorski).

The best well known strongholds in Poland include:

Kłodzko Fortress is one of the most important and impressive monuments of Lower Silesia. The Main Fortress is located on Góra Forteczna (369 m above sea level) in the city center on an area of over 30 hectares. From the higher parts visitors can admire the beautiful panorama of the city and the surrounding mountains, inside - see well-preserved traces of military culture and exhibitions devoted to the history of this place, and in underground labyrinths - feel the atmosphere of old soldier's life.

Srebrna Góra stronghold is situated 26 km from Kłodzko and 82 km from Wrocław (about 1.5 h drive). It is a unique object in European scale which was built in 1756-1777 and at the time it was one of the most modern fortifications in Europe. Srebrna Góra fortress is a complex of forts and bastions overlooking a town. It is a very spacious construction with 151 rooms which could host 3.7 thousand soldiers. This size made it one of the biggest European mountain strongholds. Nowadays, the fortifications can be visited by tourists all year long both during a day and at night. Visitors can also often encounter history reconstruction groups which present epic shows about Napoleonic times. The stronghold is also opened to business groups with its conference rooms and group packages for congresses and integration meetings. Srebrna Góra fortifications is one of the major Lower Silesia attractions which you shouldn’t omit in your Polish travels.

Boyen stronghold is situated in Giżycko, only 35 km from well-known Mazury resort Mikołajki, 42 km from Mrągowo and 103 km from Olsztyn (about 1h 35 min drive). The star shape stronghold was erected between 1843 and 1855 and was designed to protect the pass between 2 great lakes Kisajno (southern part of Mamry lake complex) and Niegocin. It was designed for 3 000 Prussian soldiers and its area is 100 hectares. It was used for military purposes both during first and second world wars. The stronghold is opened for tourists all year long with a guide but from September till March the visit has to be arranged in advance. Apart from admiring stronghold buildings and architecture there are a few exhibitions in a barracks gallery, gun powder laboratory, stable and coach house. At fortress area there is also a youth hostel. The stronghold also offers other entertainment such as historic reconstructions, motorcycle rallies and concerts in the amphitheater situated also in the fortress. Boyen stronghold is really worth visiting during Mazury trip.

It is also known as the Eastern Fort, is one of the forts of the Świnoujście Fortress. It is one of the best-preserved 19th century Prussian coastal forts in Europe and since 2010 it has been the seat of the Coastal Defense Museum in Świnoujście. It is also one of the few living museums in Europe where tourists can feel the taste of military service on their own skin. Visiting the fort takes the form of accelerated military training. Tourists visit the fortress under the care of a "mean" uniformed Prussian soldier. During the march around the grounds and the interior of the fort, visitors learn about its history, while undergoing several tests to check whether the candidate is fit for military service. Sightseeing takes about 75 min.

Międzyrzecki Rejon Umocniony (MRU, Ostwall or Festungsfront im Oder-Warthe Bogen) is a series of fortifications, bunkers and defensive structures in the West of Poland built by German military before and during the World War II. The underground tunnels stretch as long as 35 kilometres and today instead of soldiers they are mostly inhabited by different species of bats. The heavy armoured MRU was to be equipped with machine guns, automatic grenade launchers, flamethrowers, anti-tank weapons and heavy artillery with the range varying between 15 and 20 kilometres. Parts of MRU and underground tunnels are open to the public and tourists.

Its German name was Pommeranstellung, also known as the Pomeranian Position, it was established in the 1930s, several dozen kilometers from the border with Poland. The main task was to protect West Pomerania from an attack by the Polish army. Contrary to popular belief, it was not created during the war to repel Russian attacks. By 1937, about 235 km had been built. Fortifications were stretching from Gorzów Wielkopolski to Biały Bór. In total, the fortifications of the Pomeranian Wall consisted of about 1,000 reinforced concrete structures for various purposes, shooting ditches, road anti-tank barriers, tank obstacles, minefields, and tranches. During WWII the Pomeranian Position was underestimated by the command of the German army. Partial disarmament took place, and the lack of modifications made the fortifications obsolete in the face of the threat. Nowadays, it is possible to view part of the fortifications near Wałcz town.

Wisłoujście Fortress is the oldest seaside fortress on the Polish coast it was situated at the main entrance to Gdańsk harbour. Various architectural styles (starting with Gothic), techniques and building materials can be seen in the construction of the fortress. This is due to the fact that over the years the fortress has been rebuilt after each destruction. In the early modern period, it was called the Gate to the Republic of Poland. The imposing fortification protected ships on their way to the Gdańsk port. It also acted as a lighthouse, a mooring place for the Polish fleet and a prison. Nowadays, it is a branch of Museum of Gdańsk City. It is opened for visitors from May till September. Every year, reconstruction groups and historians organize here sea battles, workshops of old crafts, conferences and lectures. Finally, it is one of the largest wintering grounds for bats in the Pomeranian Region.

It is situated 40 kilometres outside Warsaw. It is one of the largest and best preserved fortresses in Poland and a unique one in Europe. The Modlin fortress was built in 1806 on the command of Napoleon Bonaparte. Its location, where rivers Vistula, Narew and Wkra meet, made it a strategic and important military position for the years to follow. Today, apart from being open to the public, Modlin holds various trainings, museum lectures and open-air events.

The above mentioned fortresses and strongholds are just examples of the best well known buildings of this type in Poland. Still, there is more to discover for militaria lovers. We hope that this list will give you a starting point for your trips planning. Apart from theme tours, we also invite you to include these interesting objects in your general sightseeing plans as they are real curiosities. If you would like some help in organizing your group tour to Poland, contact our ITS Poland DMC specialists. They will be happy to help you with all your stay details. 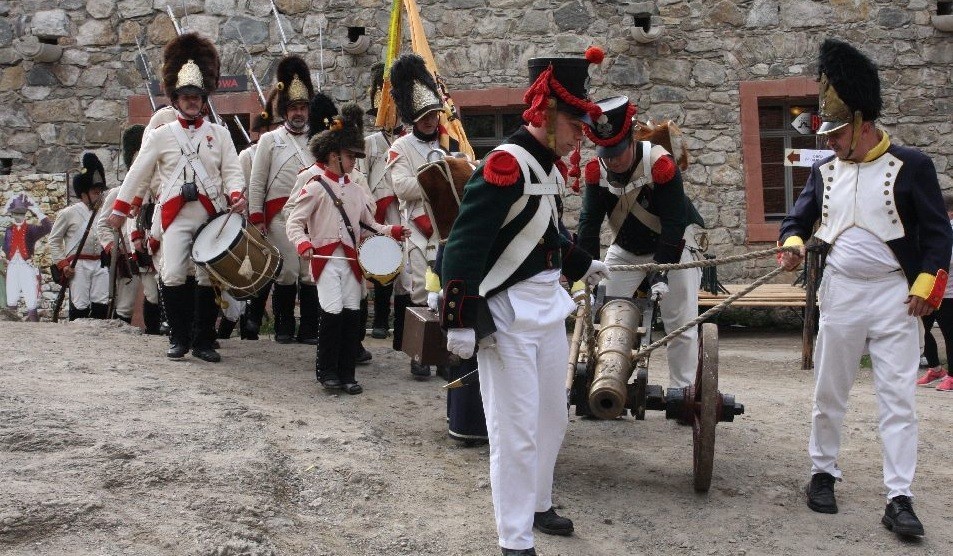 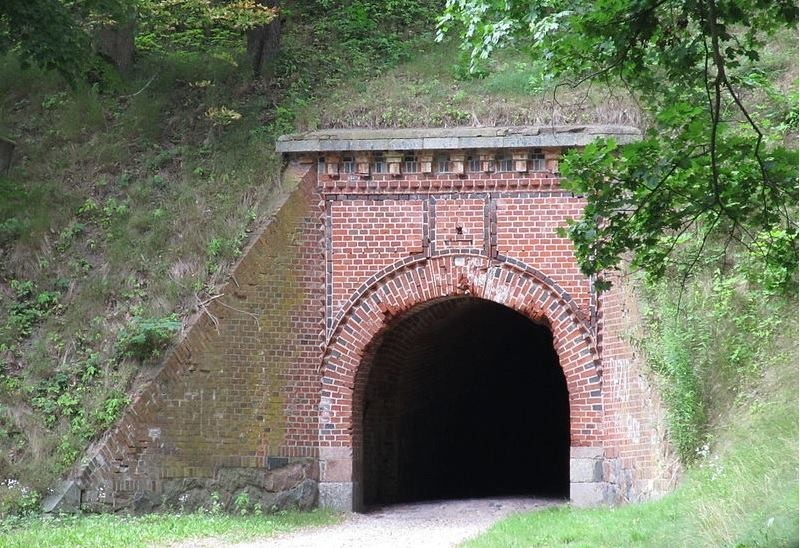 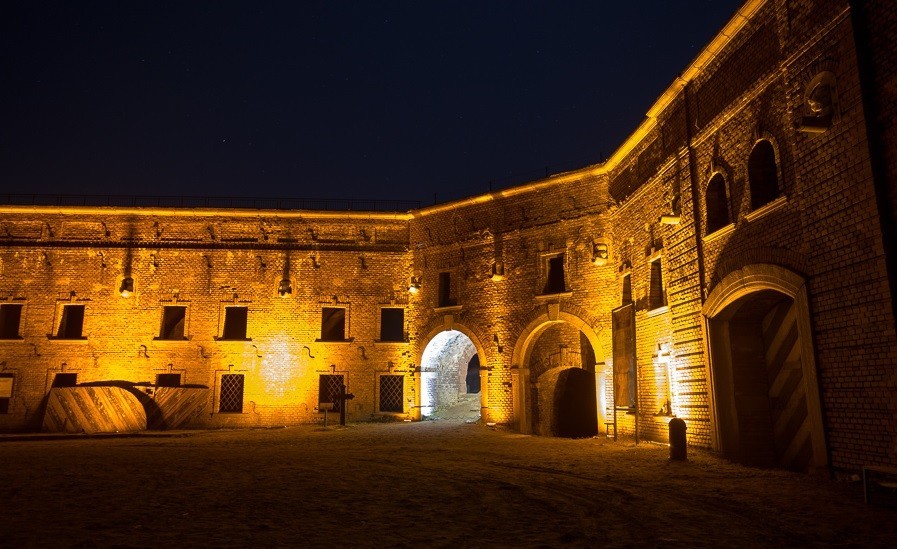 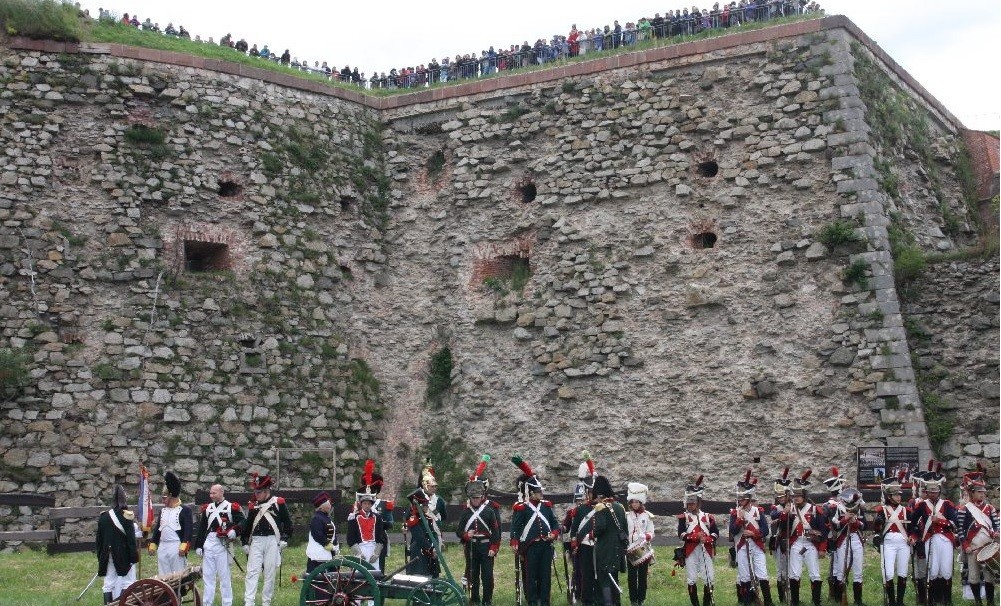 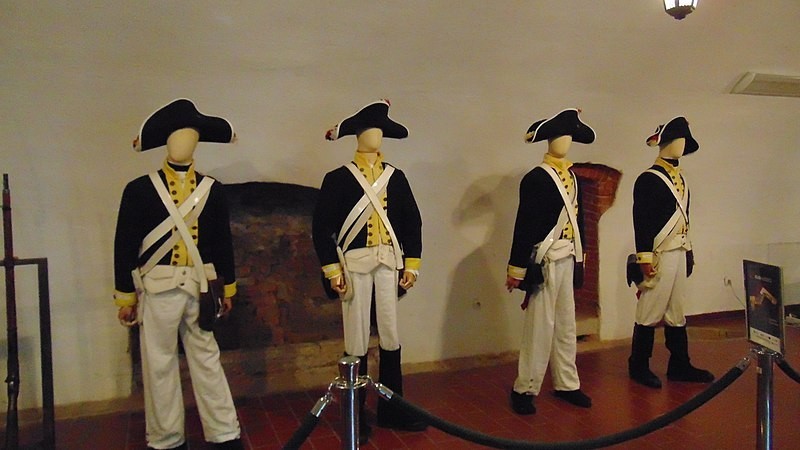 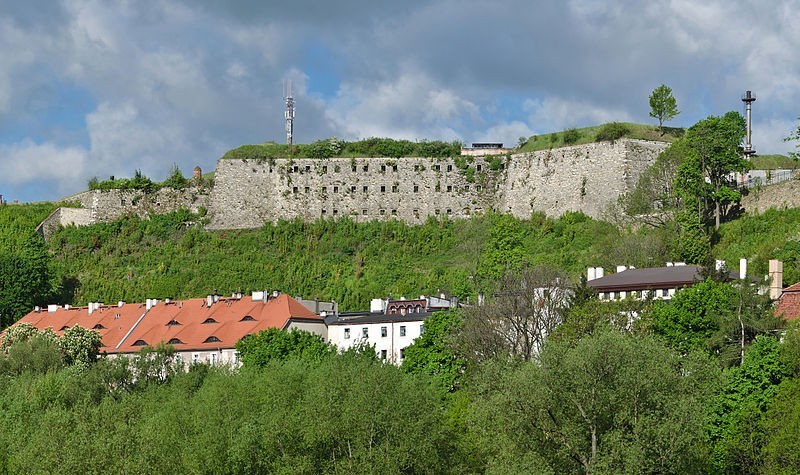 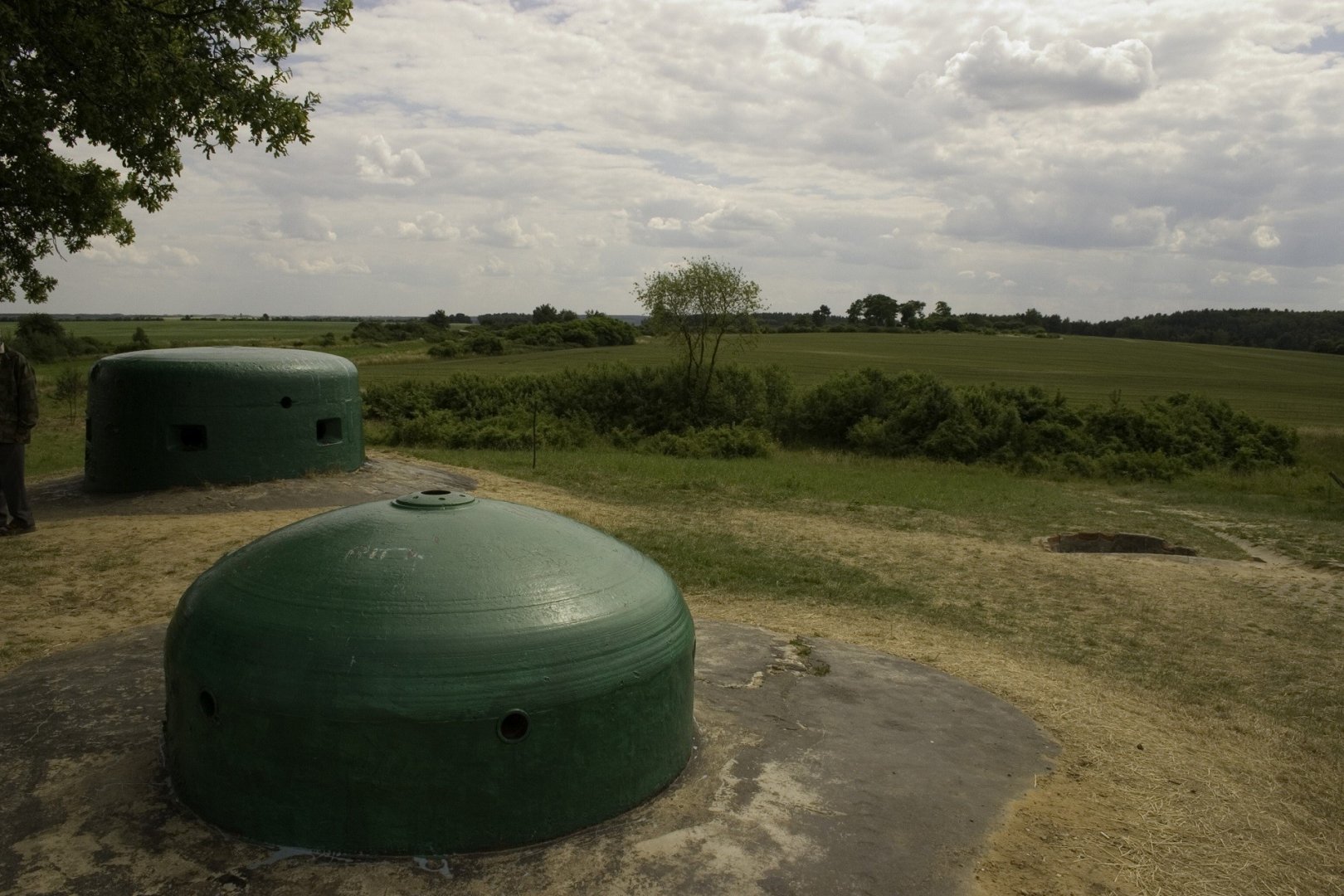 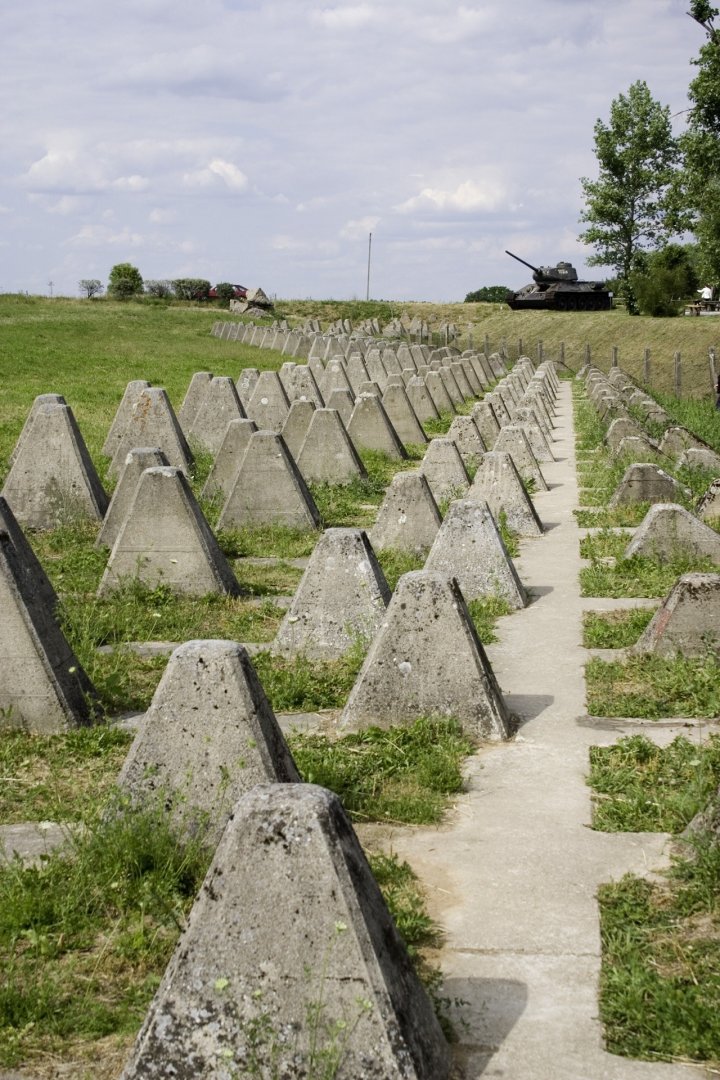 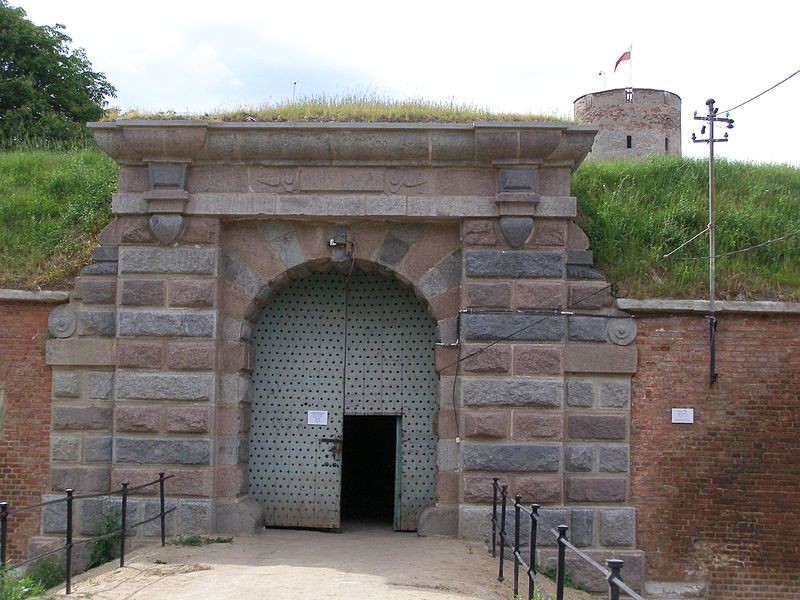