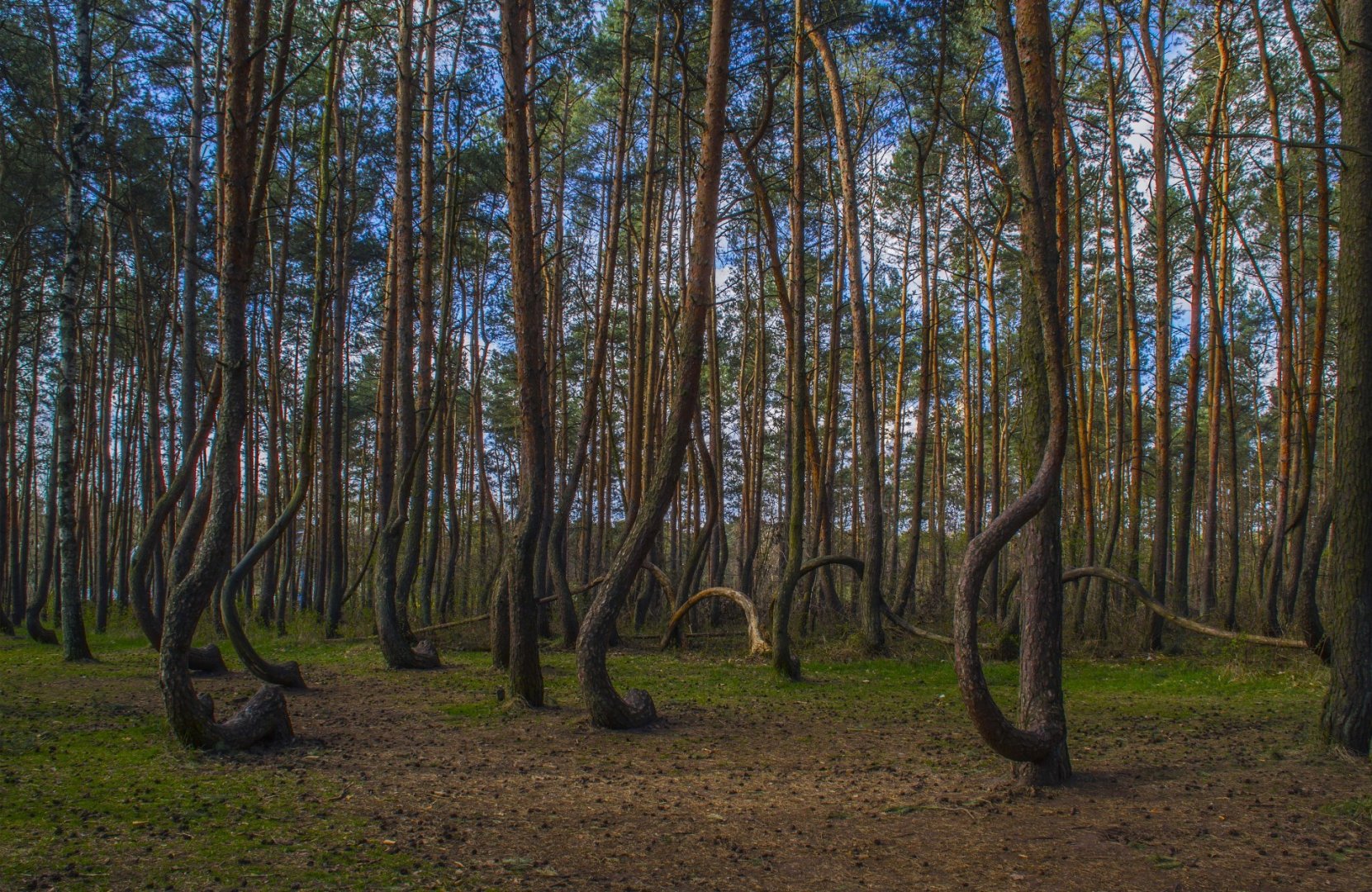 The lovely landscape of Szczecin area is en route with the Oder River. It is full of beautiful nature.

A sequoia can also be spotted here, which is quite a peculiarity for the region.

A rich dendrological garden Puszcza Bukowa Park, a Beech Forest, is in the immediate surrounding of Szczecin.

The park was founded in the beginning of the 19-th century and encompasses magnificent nature, mostly trees such as cypress, fir and sequoia. The park lies between Szczecin and the Miedwie Lake next to Stargard Szczeciński, where you can admire historical churches, city walls with gates and towers called the Ice, White Head and Red Sea. A penance cross is also possible to sightsee here. The cross is set outside of town and holds a medieval history. The 2m cross made of stone was used for penance of murderers, as they were obliged to take the heavy cross, which symbolised their sin and remorse, and place it on the sight of their crime. This way prayers could be placed on the exact spot where the soul was left. This act was popular during medieval times in Europe.

The neighbouring towns carry a familiar story and tourists can visit the old city walls and gothic churches in Pyrzyce and Myślibórz.

Mieszkowice is a town with a special name. It was founded by Mieszko I, the prince of Poland who is set in the history line as the first leader of the Poles in the recorded documents. He ruled the Polanians from 960 until his death in 992. The Polanians later gave their name to Poland. Mieszko I had great ambitions to unite the neighbouring tribes under his control.

Following the Oder River route, tourists can make a stop at the late-Romanesque church in Moryń.

Here is also located the famous Cedynia Valley on the Oder River bank. It is known for the Polish victory over Germans on the Oder River in 972 and thanks to it, Mieszko I was able to continue with the unification of the Slav tribes around him. First clashes were lost and then the hidden at the Cedynia stronghold reinforcements helped Mieszko I in defeating the German margrave Hodo. The battle, one of the first known locations by name, strengthened Mieszko's hold over western Pomerania. The place has also magnificent sights such as a stone church from the 13-th century and ruins of a Cistercian nunnery.

The River shows us further direction of the trip, going east, shows now the town of Chojna. Here historic churches show different eras of the forgone times. City walls, gates of entrance with watch towers still keep an eye on the visitors. Abundant nature includes plane trees and other Mediterranean style plants in the town's palace garden. A must see is the 28m high Chojeński Tree. Also here you can find the Świecka gate which is the surrounding like-style of the strongholds and city walls of the area.

Next on the list is Nowe Czarnowo, where one can see a water powerplant. The Oder River gives not only wonderful views but also power. The nature in this place is also very charming, as there is a forest with pine trees shaped like lyras.