Kazimierz Dolny is one of the most bohemian Polish small towns. It is especially famous for its art galleries and outdoor painting sessions as it is a town loved by Polish artists. It is also famous for its romantic nature and very popular weekend destination for couples. With just about 2 h drive from Warsaw and Kielce and 1 h drive from Lublin it is a very popular tourist destination.

Kazimierz is picturesquely situated at a hill by Vistula River. It is part of the tourist triangle of Puławy - Kazimierz Dolny – Nałęczów. Kazimierz Dolny has very interesting history as it was established in Medival times. It was the royal city of the Crown of the Polish Kingdom. The beginnings of the settlement date back to the 11th century. It burned down twice in the 16th century, to be finally rebuilt thanks to the grain trade (it was the most important center in the entire Republic of Poland). Shortly thereafter, it was taken over by the Swedes and a time of defeat ensues. After this event, the town could not return to its former glory for a long time, until the 20th century, when its artistic time came. At this time academic professors from the newly established Warsaw School of Fine Arts took a liking to it as a place for artistic outdoor painting events. Since then, the view of academy students and the artists themselves has become part of Kazimierz Dolny.

The market square is also the natural city center. In the middle of it there is an antique wooden well where you can get drinking water. It is one of the most well known Kazimierz landmarks depicted at all postcards from the town. At the square there are also the most famous Przybyła tenement houses, they belonged to Nicolaus and Christopher Przybyła. They are the most precious and appreciated houses in Kazimierz. They date back to the early 17th century and were built in Lublin Renaissance style.

The Hill of Three Crosses, the Castle Complex and the Tower

Currently, on the hill there are only the ruins of a monumental building that was built during the reign of Casimir the Great. It was originally a defensive structure. It consisted of a ground floor with six rooms and a floor. It had a small tower from the city side and a larger one from the Vistula River. The elongated courtyard was surrounded by a wall with an entrance gate on the side opposite the city. On the top of the castle hill there is a round tower from the turn of the 13th and 14th centuries. Tower as the so-called the upper castle had a defensive function before the castle was built. Some researchers claim that it was also the seat of the customs guard and served as a river lighthouse at night. In the highest point it has over 19 m. At its top it offers a beautiful view of Kazimierz and the Vistula valley.These are the best places to admire Kazimierz surroundings the same as the Hill of Three Crosses. The name referring to Golgotha were erected in 1708. They were to commemorate the numerous victims of the plague that took place in these areas. The slopes and the peak of the Three Crosses Hill are overgrown with legally protected, rare vegetation among which we can find dwarf cherry, omani and stonework. Despite the fact that the slopes are covered with elms, hornbeams and hazel, all Kazimierz can be seen from here.

The Fara Church is the oldest temple in Kazimierz Dolny, located by the market square and below the castle ruins. Its origins date back to 1325. The founder was King Casimir the Great himself. In 1561 it burned down during a fire in the city. However, it was rebuilt. Inside there are the oldest organs in Poland.

There is a legend connected with Kazimierz’s rooster. It says that a devil flew over the town and decided to settle in the surrounding ravine because of the beautiful terrain. He liked the local poultry to such an extent that soon there was only one rooster left, which hid in the local cave. The monks sprinkled the entrance to it with holy water. The devil escaped, and the rescued rooster continued to walk around the city. And so since then, yeast and buttery Kazimierz cocks have been baked. Rooster is the recognizable symbol of the town. Rooster cakes and traditional fudge candies can be purchased in many shops of Kazimierz. They are truly delicious.

Almost on every corner of Kazimierz there is some art gallery or art shop. It is a real marvel as there are about 60 of them in this small town. Kazimierz Dolny is famous for its paintings and galleries. Everyone will find something for themselves here. Many people come here specifically to purchase paintings.

At Lubelska Street there is the former synagogue. It is a building from the 17th century. Currently, it hosts a museum and rooms rental.

Sanctuary of Our Lady of Kazimierz

It is located at 3 Klasztorna Street. Here tourists can find the painting of the Annunciation of the Blessed Virgin Mary from 1600. It is said that it not only heals, but also converts and grants blessings to the faithful (according to a book of grace that has been kept for 300 years). The author of the painting on canvas is a local artist. From the walls of the sanctuary, tourists can admire not only the town, but also the Hill of Three Crosses (on the right), the ruins of the castle and the tower, and the Fara Church (on the left).

Along Vistula Promenade there are ships moored. On board of which there are restaurants and cruises are performed. Standard cruises last about 60 minutes.

To reach ravine from Kazimierz Square it takes about 25 min walk. Tourist can also just drive there or take one of tourist electric golf carts. It is a 500 meter loess ravine with hiking rout. The roots create here magical shapes and it gives completely different tourist experience that the rest of Kazimierz area. A few hundred meters from the Root Ravine, also on Doły Street, tourists can see a hut from the 17th - 18th centuries. It truly makes an impression. Its history dates back to medieval times. The exact date of construction is unknown. But the way it was built hints 1700.

Another interesting ravine is also Czerniawy ravine. At its bottom runs Czerniawy Street, and on the route there is a Jewish cemetery with a monument modeled on the Wailing Wall in Jerusalem.

Summing up, Kazimierz Dolny is a great place for one day trip, weekend stay or a longer relax. It also has interesting vicinity. While being in Kazimierz Dolny, it is worth to add to you plan a trip to Janowiec Castle ruins and take the Vistula ferry there (it operates from April to November). In worm months, children will especially enjoy Magiczne Ogrody theme park in Janowiec. Further, tourists can continue their journey to Nałęczów spa resort and Lublin capital of eastern Poland. All in all, it is really worth to visit this part of the country. ITS Poland DMC specialists wil l happily help to organize any kind of tourist or business stay in this beautiful region. 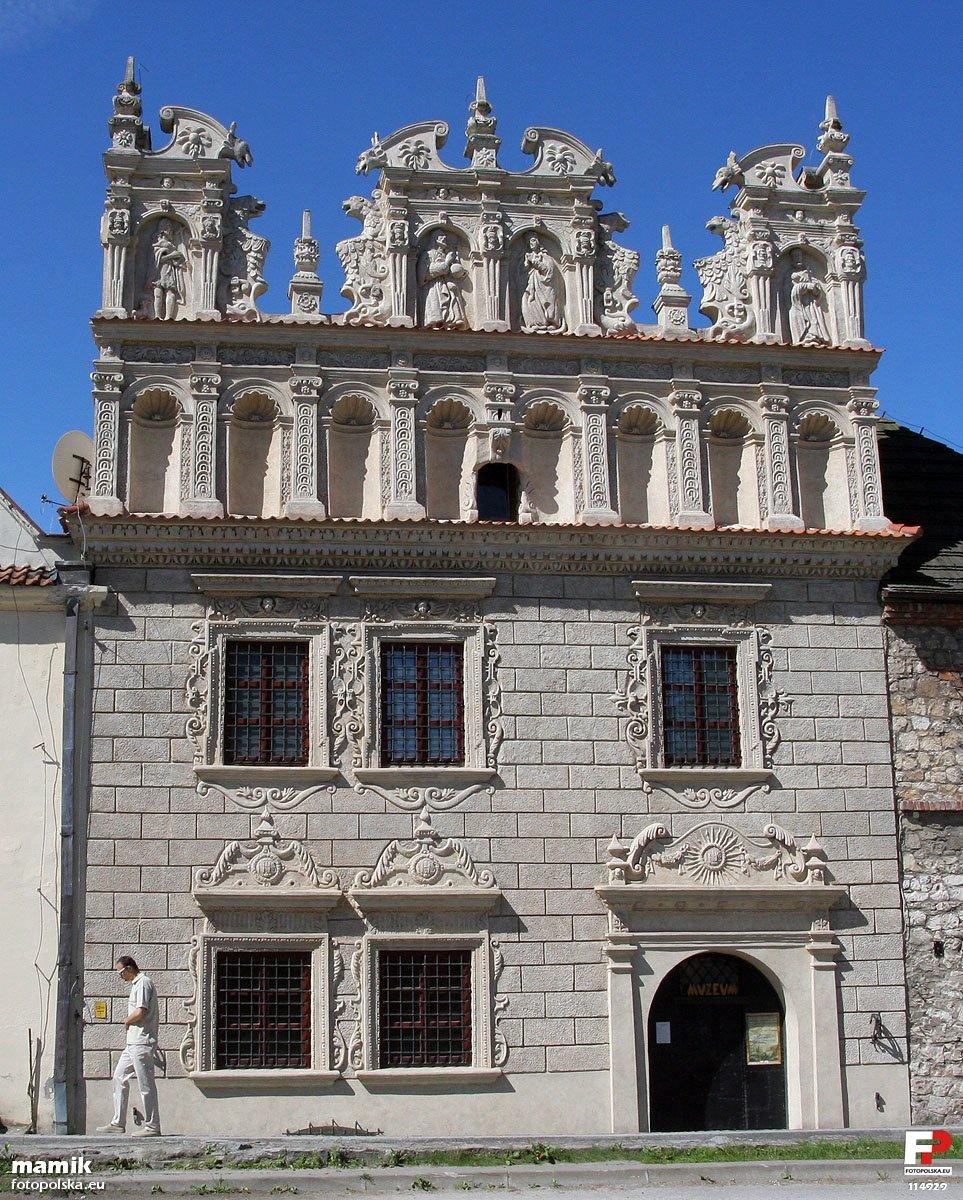 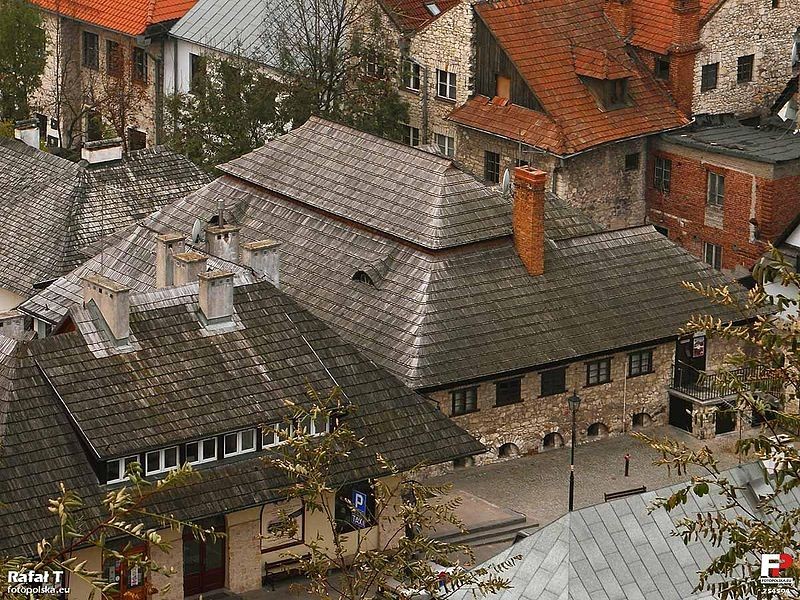