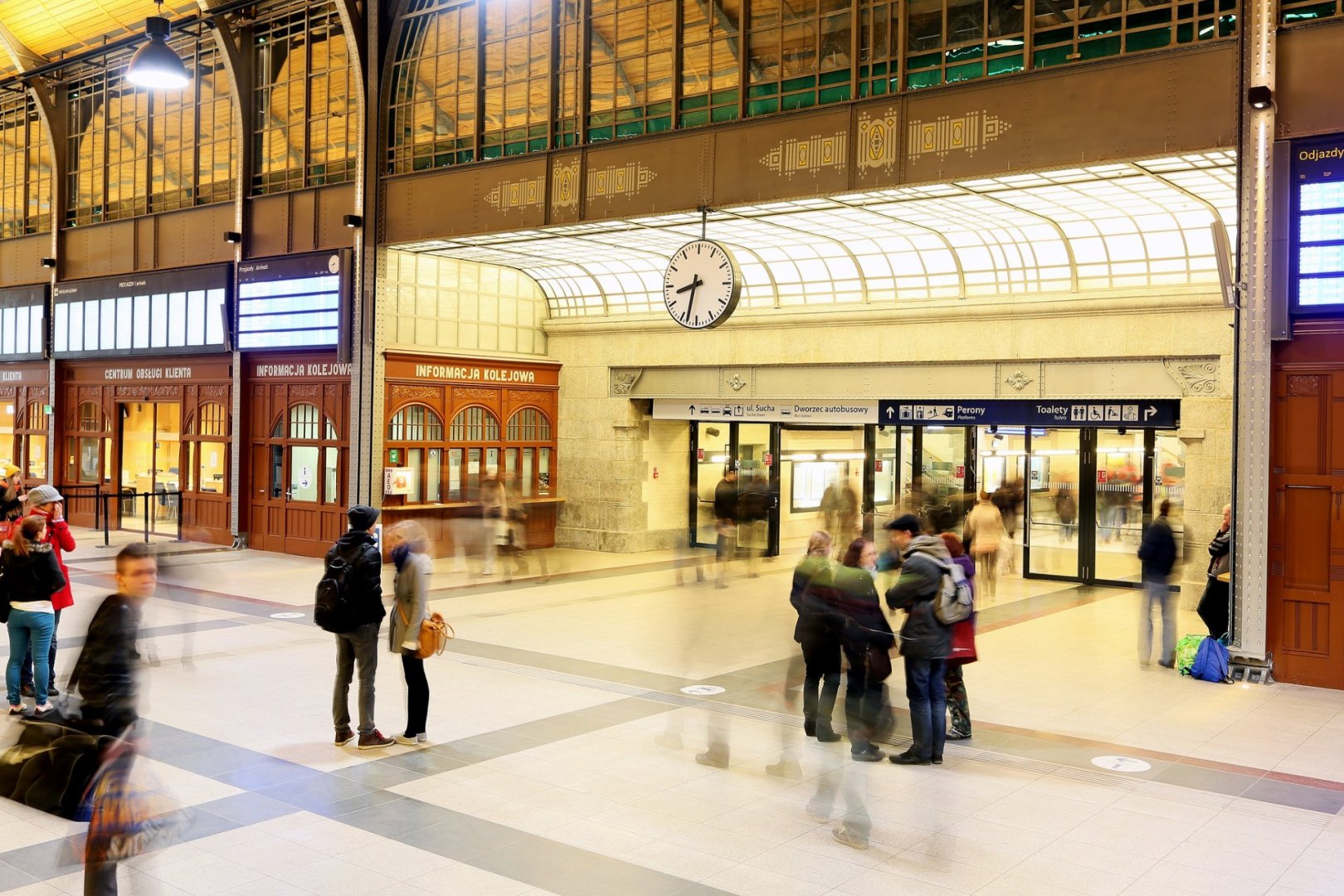 Have you ever wondered what Medieval town gates, railways stations and airports have in common? Actually, all of them in their heydays were considered as one of the most prestigious parts of towns and cities as they were the doors to these urban units. This is why apart from their transportation functions they were always designed to impress. In the last few years Polish railway stations were thoroughly renovated, redecorated or rebuilt and nowadays, they are still inviting elements of the towns and cities. As quite often tourists start their adventure with Polish towns at railway stations it is really worth to discover the most impressive ones.

The most interesting Polish railway stations include:

Below you will find descriptions of the interesting historic buildings.

The Wrocław Main Railway Station is probably the most beautiful railway station in the country. It impresses with its size and 19th-century style. It was built in 1855-57 according to the design of the royal builder Wilhelm Grapow in the Tudor Gothic style. At the time it was an astronomical investment. The reconstruction in 2010-2012 was a milestone in the history of Wrocław Główny railway station. The investment covered the entire complex. The station square changed its appearance, becoming a real city square with green islands, tidy greenery, promenades, colourful fountains and new small architecture. At the same time, it was extremely important to preserve its historical and architectural values. A new element was the creation of a fragment of a platform hall covered with a membrane between two historic halls.

The magnificent building was erected in the years 1894 - 1900 in the then popular Gdańsk Renaissance style. Once the renovation is completed, it will restore the historic building to its shape from one hundred years ago. The space of the Gdańsk Główny railway station is friendly to both passengers and cultural initiatives. The station accepts and leaves an average of 9 million passengers a year.

The present building of the station is the third project existing in the city, which in its appearance combines the style elements typical to social realism with modernism. It has impressive, several-meter-high windows on the front, a spacious hall and frescoes with marine motifs from 1957. The station is included in the Pomeranian register of monuments. The modernization was carried out in 2010 - 2012. The architecture of the building remained intact, while modern technical solutions were introduced. As part of the renovation, impressive murals and mosaics decorating the interior of the station were restored. Some of them were discovered by accident during the renovation of the walls of the restaurant room. The layers of paint concealed colourful maps of the world, Europe and the coast. Over 9 million travellers use the Gdynia Główna railway station every year.

The station was built between 1863-1877. The first expansion of the station was made, which immediately after its opening seemed too small, in the years 1893–1894. Its next modernization took place in the years 1924–1925, then the building lost the features of a typical tsarist railway station, and thanks to the design of the architect Jerzy Muller, it became more eclectic. Today, the renovated and modernized building, with a newly built part, was opened in 2004.

This station is rather small but very charming. The distinctive features of the Opole railway station are both its platform layout, which do not lie in a straight line, but run along an arc, and the acoustics of the building itself. If you stand under the arches in front of the rows of cash registers, you can hear the voice from the other end of the room. The construction of two station buildings connected by tunnels, as well as the reconstruction of the entire railway junction in Opole, was planned in 1890. The buildings were designed in the style of the German Neo-Renaissance, built of red brick, finished with sandstone elements and black tiles. The cash register building is finished inside with white clinker bricks and rich woodwork. The main designer of both buildings was Paul Thoemer. Construction began in 1898 and was completed in May 1900. It was a very expensive undertaking undertaking at the time.

The station is located at an altitude of 327 meters above sea level. The station serves approximately 4,500 passengers per day. It was built in the years 1889-1890 by the architect Karol Korn according to a design by architect Karol Schulz. The design referred to the architecture of the railway stations of the Silesian and Galician Railways established in 1888. Inside, the waiting room has stylized polychromes made by Viennese artists in Pompeian style. The station is on the register of monuments. In the years 1997-2001 it underwent renovation.

The neo-baroque palace of the railway station in Przemyśl dates back to 1860 and reflects the architecture of the Austro-Hungarian Empire. It has a warm, historic interior. There are paintings by Marian Stroński and plafonds by Feliks Wygrzywalski and Jan Talaga on the walls. The building is more than a station. It is a journey back to the 19th century.

During the implementation of the investment related to the reconstruction of the railway station in Nowy Sącz, the Polish State Railways acquired all authentic paintings by Edmund Cieczkiewicz. The layout, arrangement and frames of the paintings were recreated on the basis of historical photos of the building's hall. Originally, the railway station in Nowy Sącz was put into use at the beginning of the 20th century. The last modernization ended in 2014.

Polish railway stations are truly something to behold. They are proud examples of modern city gates and thanks to recent investments in Polish railways in general, they are becoming pearls in urban layouts of many Polish towns and cities. This is why we recommend not to omit them in Polish travels. If you happen to be railway enthusiast we also recommend our article about Railway Museums in Poland. Find out the marvels of railway with ITS Poland DMC! 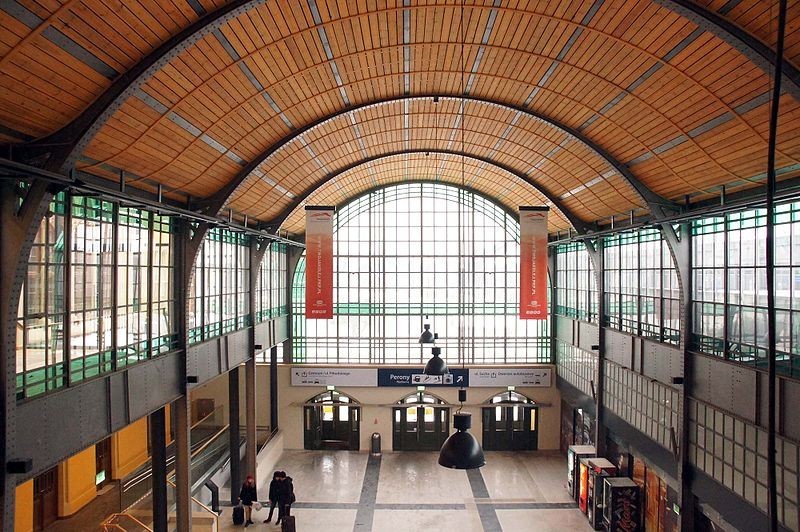 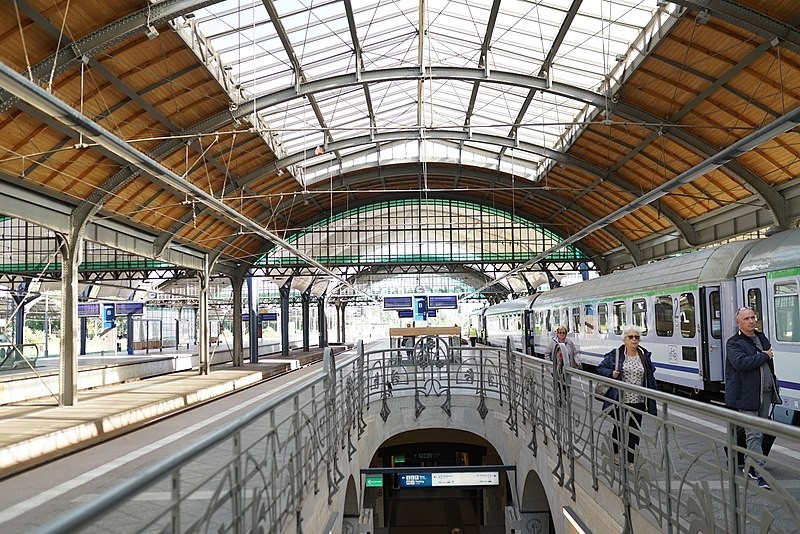 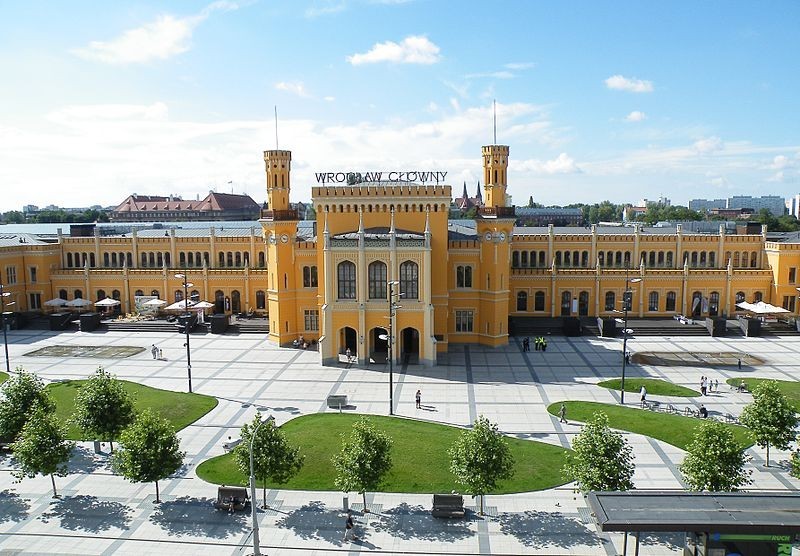 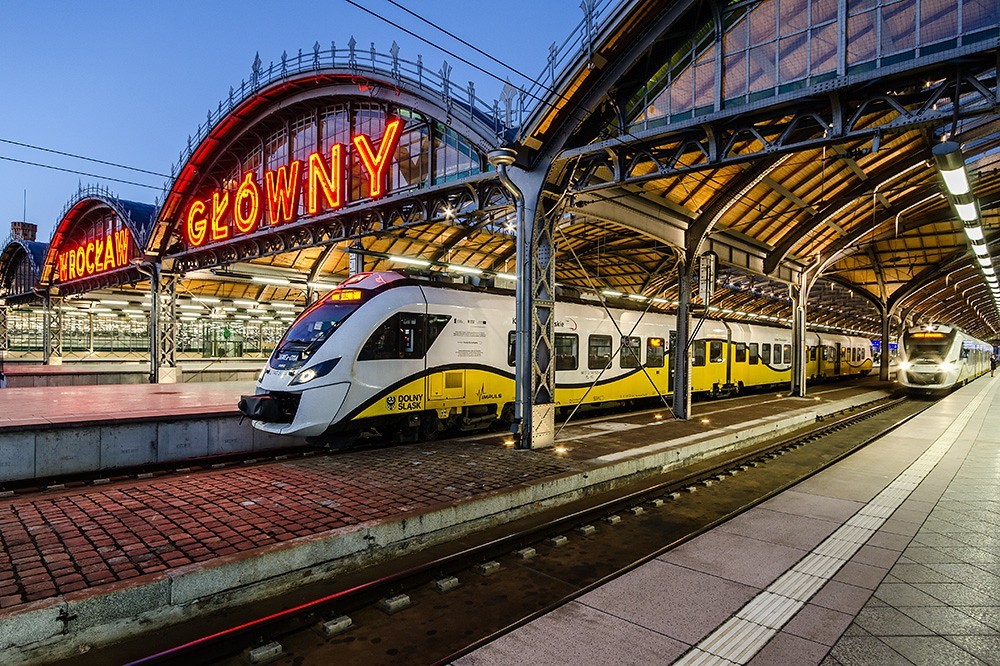 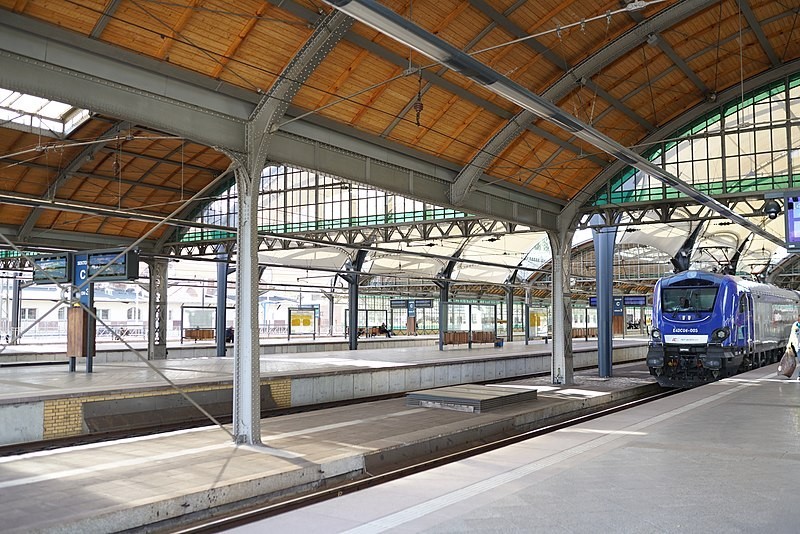 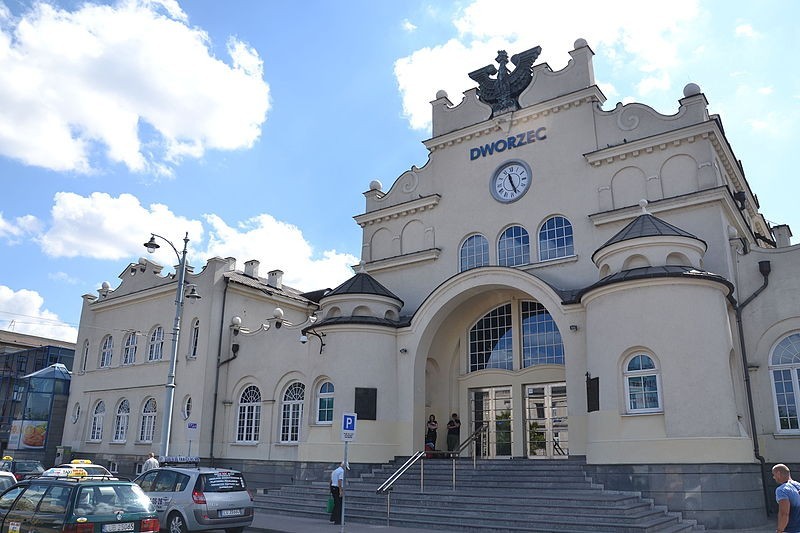 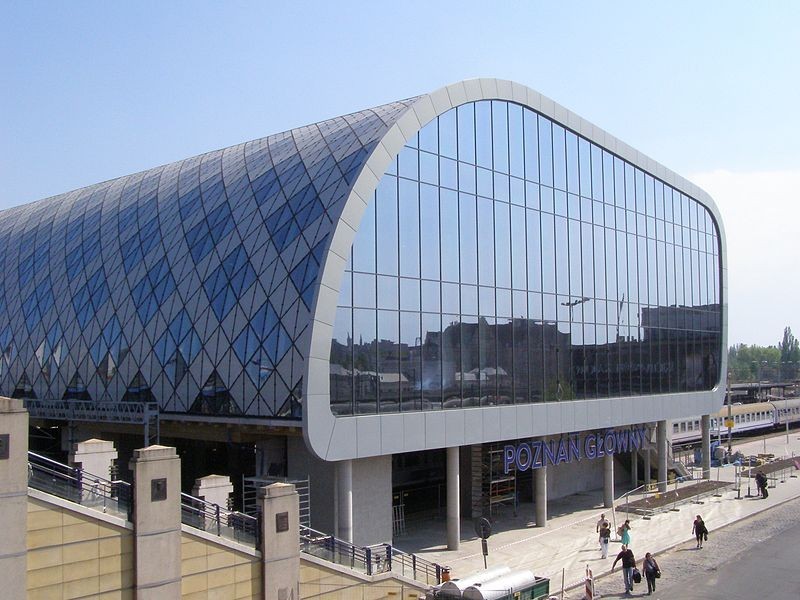 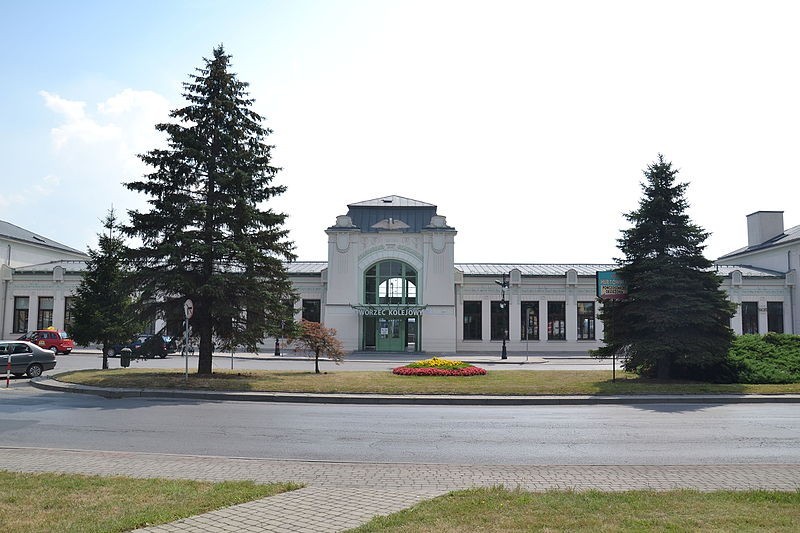 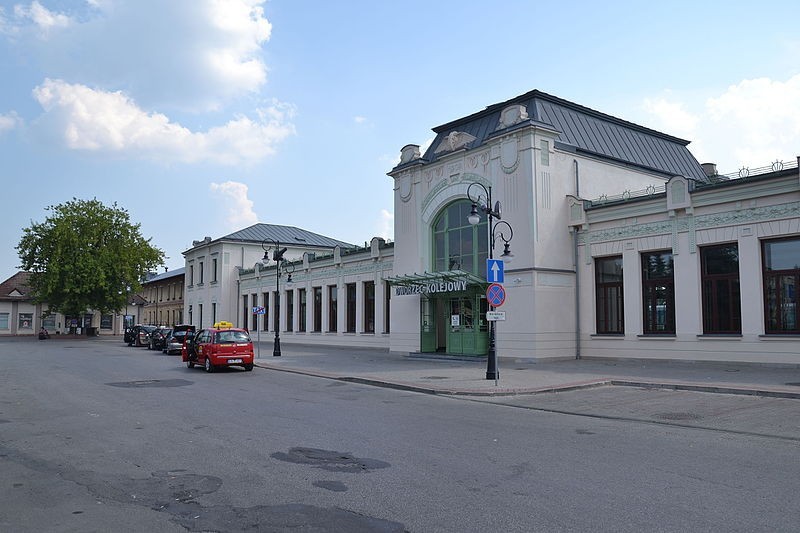 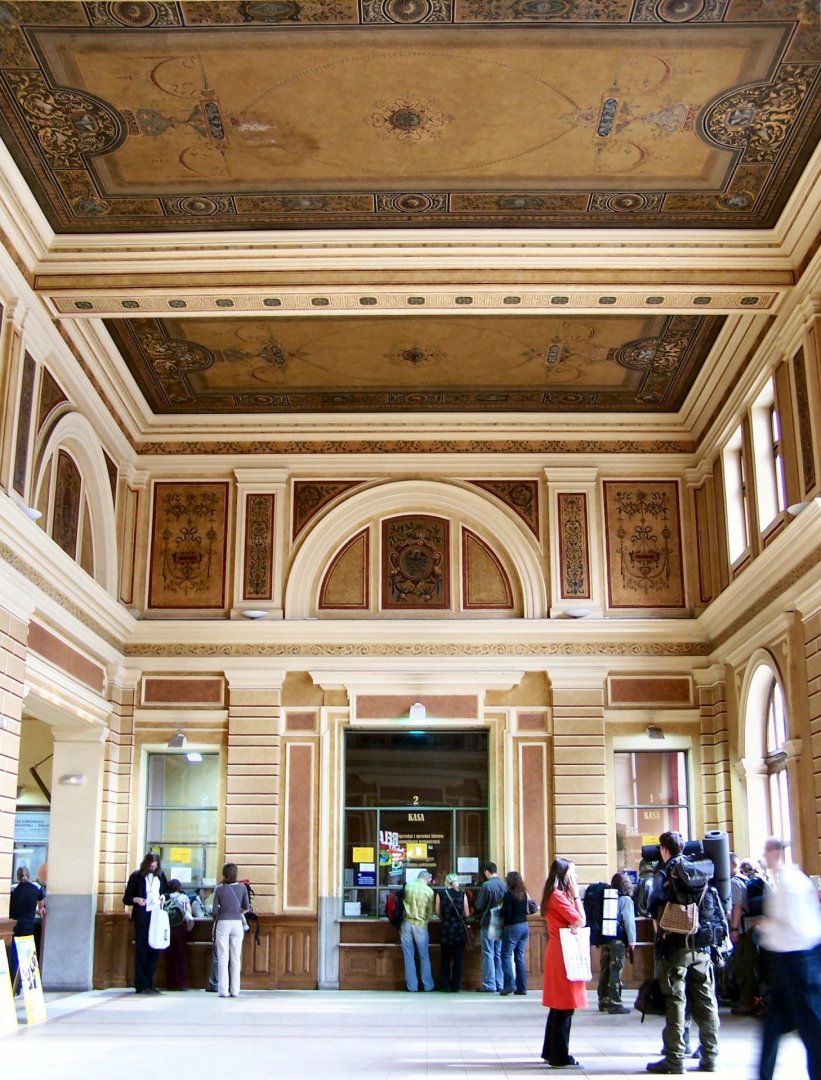 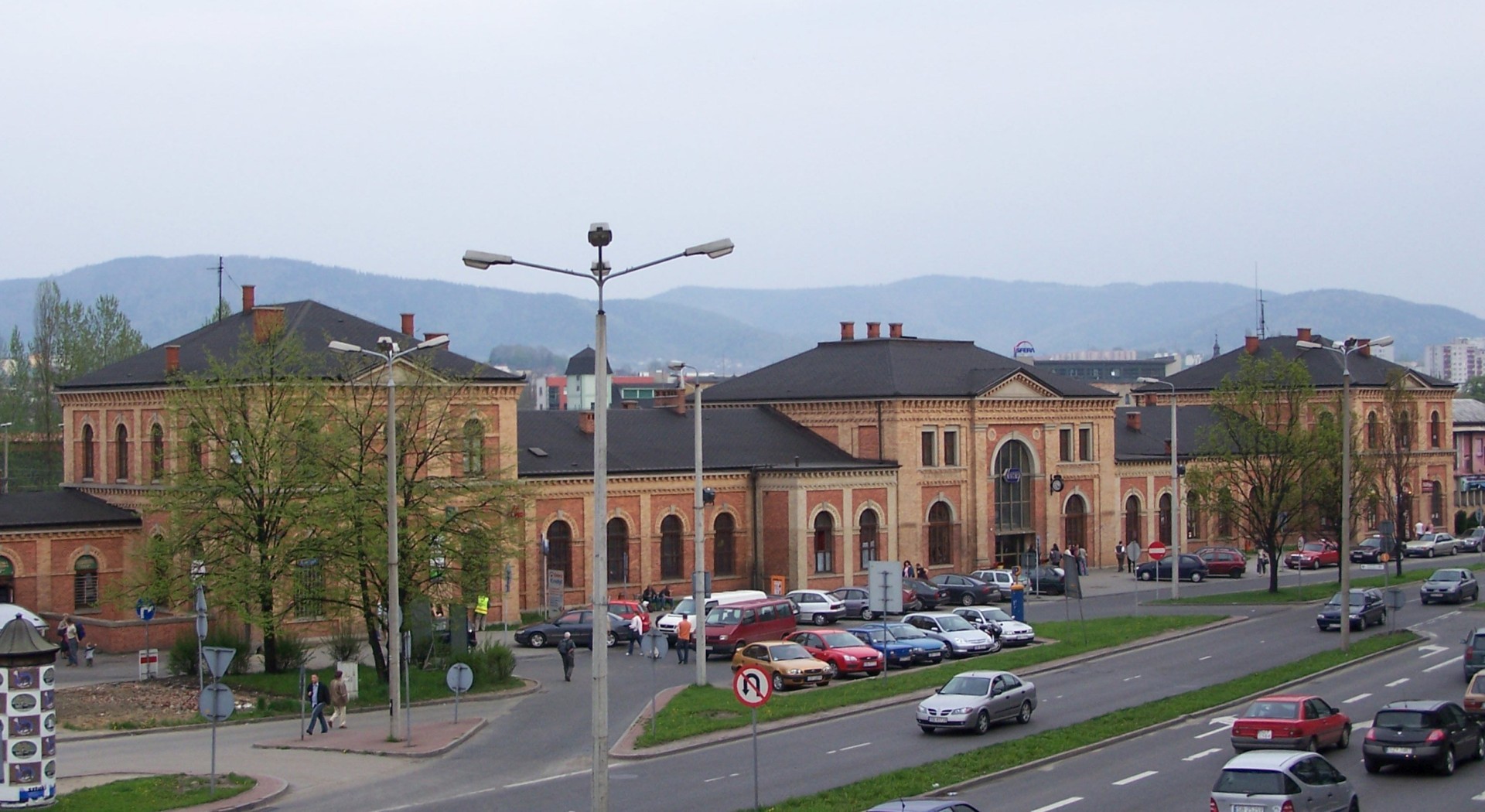 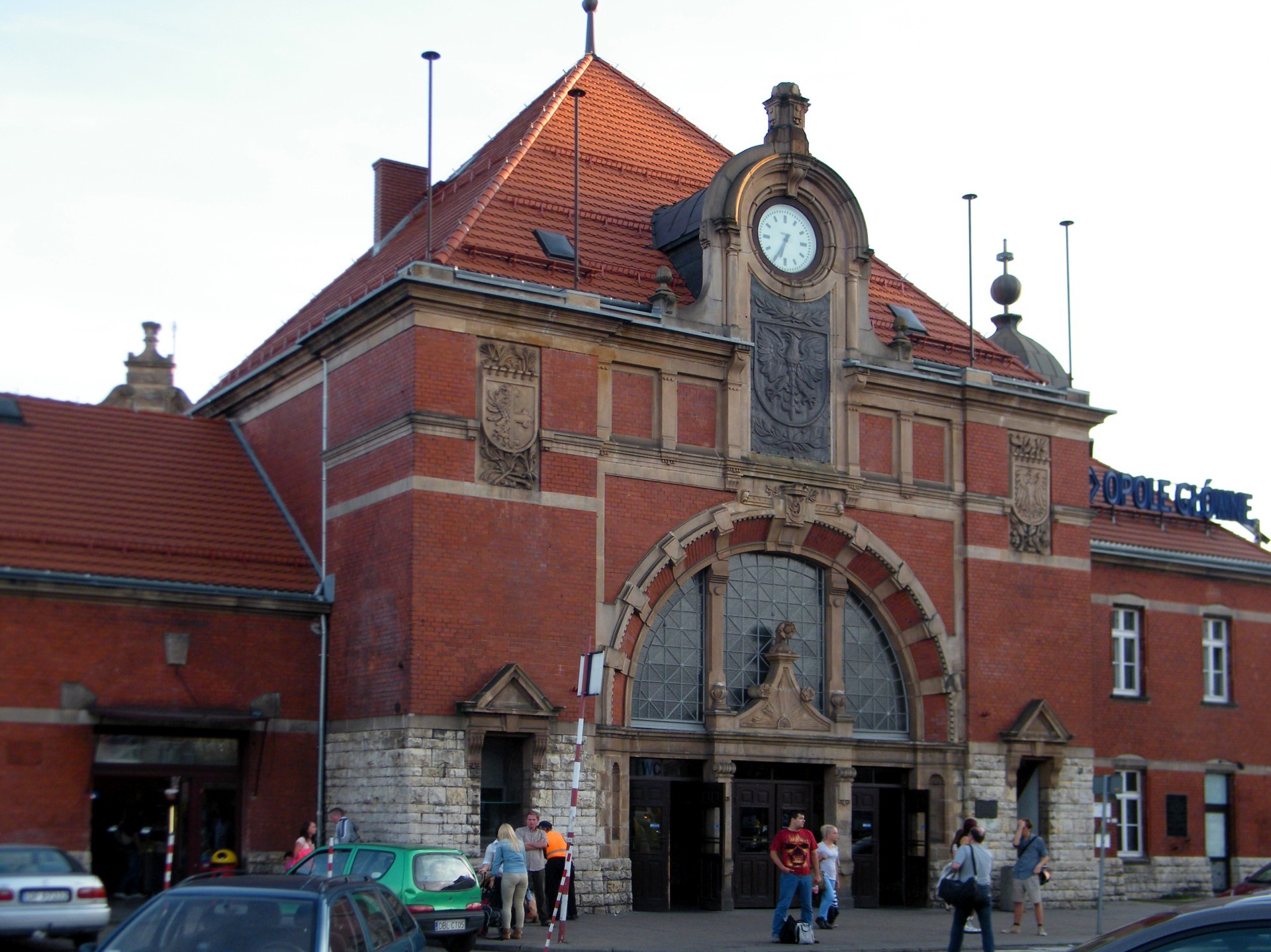 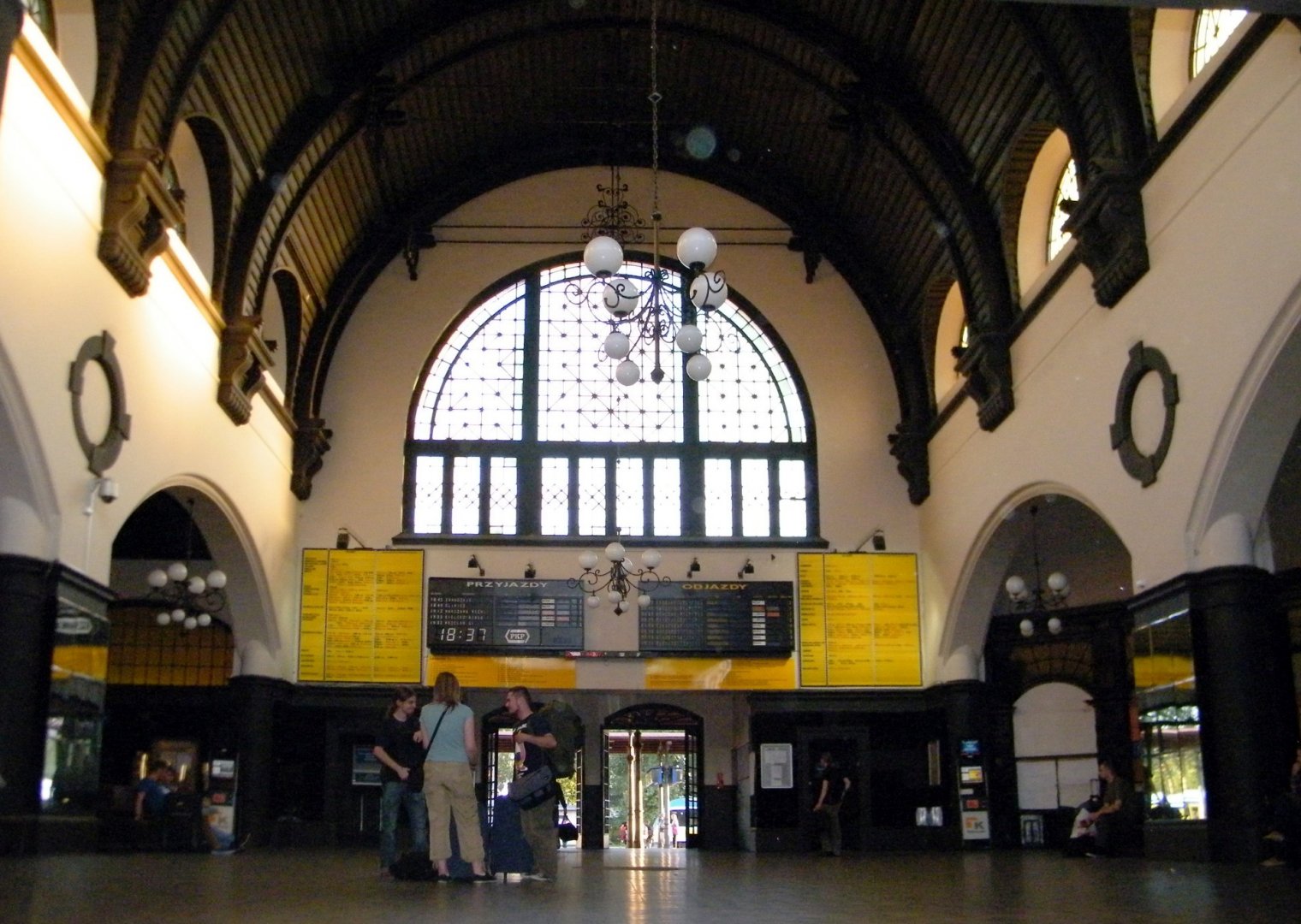