Torun (Polish Toruń) is one of the most popular tourist cities in central part of Poland due to its Medieval Old Town enlisted at UNESCO World Heritage List; astronomy with Nicolaus Copernicus figure; and famous Torun’s gingerbreads. Every year it is visited by numerous tourists from Poland and abroad. Find out all Torun highlights in this ITS Poland DMC article.

Torun has an interesting history as it was established by the Teutonic Order knights (military monks of crusaders era) and then rapidly developed as a member of Hanseatic League. It was possible thanks to its location at the Vistula river. The Medieval Town of Torun as an UNESCO World Heritage List comprises of three elements: the ruins of the Teutonic Castle, the Old Town, and the New Town. The Old Town was granted an urban charter in 1233, which swiftly led to its expansion as a major commercial trading centre. The adjacent New Town developed from 1264, mainly as a centre for crafts and handiwork. The castle built in the middle of 13th century was destroyed during uprising in 1454 but the remains were excavated and can be viewed by tourist nowadays. The castle and both towns were encircled by town’s wall that can still be admired today. The original street patterns and original early buildings create complete illustration of the Medieval way of living. Both the Old Town and the New Town have Gothic parish churches and numerous fine medieval brick townhouses, many of which have retained their original Gothic façades, partition walls, stucco-decorated ceilings, vaulted cellars, and painted decoration. The Medieval Town of Torun is remarkably authentic in terms of its location and setting, forms and designs, and materials and substances. Tourists usually visit Torun Square with the historic Town’s Hall, original medieval Copernicus house, crooked tower and town’s walls, Vistula boulevards, Teutonic knights castle ruins and St. John’s Cathedral.

Torun the capital of Polish astronomy

Nicolaus Copernicus is a world famous astronomer. The author of heliocentric universe building theory and a father of Copernican revolution that laid the foundation for the Renaissance ideas. His original birth house can still be visited and is the great Torun attraction. It is a complex of two historic Gothic tenement houses which belonged to the Copernicus family in the second half of the 15th century. Nowadays, it is a place of modern science museum commemorating this late Medieval scholar. The exhibitions present the great astronomer and his achievements. The museum combines the most recent multimedia technologies and historical tissue of a medieval house. Extended reality, 4D cinema with films about astronomy, history of the universe, great scientific discoveries, the Medieval city of Toruń, holograms or visual displays are the key elements that tourists can find here. One of the most interesting things in the museum is an exceptional Medieval roof truss open to visitors. From there visitors can admire a show with starry skies, as it is there that young Nicolaus saw starts for the first time. The architecture of the 15th-century Gothic house and historical objects also made it possible to restore the reality of everyday life of middle-class families in interiors of a late Medieval household. Numerous objects, including, in particular, those showing material culture and customs of middle-class families from Toruń originate from archaeological excavations in the Old and New City of Toruń. Copernicus House Museum is a must while visiting Toruń. Another astronomical attraction is Planetarium. It offers various astronomical performances both in Polish and in English. Finally, Torun has astronomical observatory of international importance. The Astronomy Center of the Nicolaus Copernicus University is located in the village of Piwnice, 13 km north of Torun. It is the largest center of observational astronomy in Poland. The Department of Astronomy and Astrophysics, located in a picturesque park, makes it possible to visit, among others, the largest telescope in Poland, fully modernized - 90 cm reflecting Schmidt-Cassegrain telescope and the historical Draper astrograph. In the Radioastronomy department you can visit, among others two radio telescopes: 15 m and the largest in Poland and our part of Europe - the 32 m radio telescope. Sightseeing takes about 2 h. Visitors are professionally guided by a researcher who demonstrates the modern work of an astronomer and also introduces fascinating issues of the structure and evolution of the Universe and the latest research achievements in astronomy.

One of the oldest Polish legends and fairy tale that all Polish children know is connected with Torun gingerbreads. Therefore, you will find these cookies in all souvenir shops in Torun. There is also a huge tourist attraction connected with them – the Live Gingerbread Museum. It is situated only a bout 300 m from the historic Town Hall and famous Nicolaus Copernicus Statue in the heart of Torun. The museum is one of a kind in Europe and was opened in 2006. Visitors can travel back in time to Medieval period to get to know all rituals connected to traditional gingerbread production. All procedure is very interactive as guests prepare dough on their own and also bake from it their own famous Torun’s gingerbread. Later on they visit gingerbread manufacture exhibition from the 19th and 20th century period and design their own gingerbread icing. The museum has about 100 exhibits connected with gingerbread production and distribution. The Living Museum of Gingerbread is a place with great atmosphere and full of good humour. Every year it is visited by more than 100 thousand guests.

Torun is also a city full of culture. It is worth to mention here the new Torun Center for Contemporary Art "Znaki Czasu". It is the first in the country, since 1939, a completely new museum facility to present the latest art. There are also 3 major theatres in the city and Baj Pomorski Theater operates in an extremely fairy-tale building, with an exceptionally original facade, which is like a large wooden wardrobe through which one enters the interior. Every year in Toruń there are also international festivals such as Camerimage, Song of Songs or Bella Sky Festival.

Apart from the above mentioned attractions Torun has still much to offer. It is a seat of the most powerful religious radio and television in the country and due to this fact a place of pilgrimages to Church of Mary the Star of the New Evangelization and St. John Paul II. There is the Museum of Legends, that is a combination of theatre and museum. Children will also enjoy Młyn Wiedzy (English: Mill of Knowledge) the modern science center. Jordanki Cultural and Congress Centre shows a very interesting example of modern architecture. There are also an interesting ethnographic museum, zoo, Toruń Stronghold, and finally, huge and modern speedway stadium.

All in all, Torun is a real gem for tourists and it is really worth discovering. It is good to plan at least a two day trip to this marvellous tourist destination. ITS Poland travel agent has some interesting tours to this city and our professional group specialists will happily help you to prepare your own trip to this Medieval UNESCO gem. 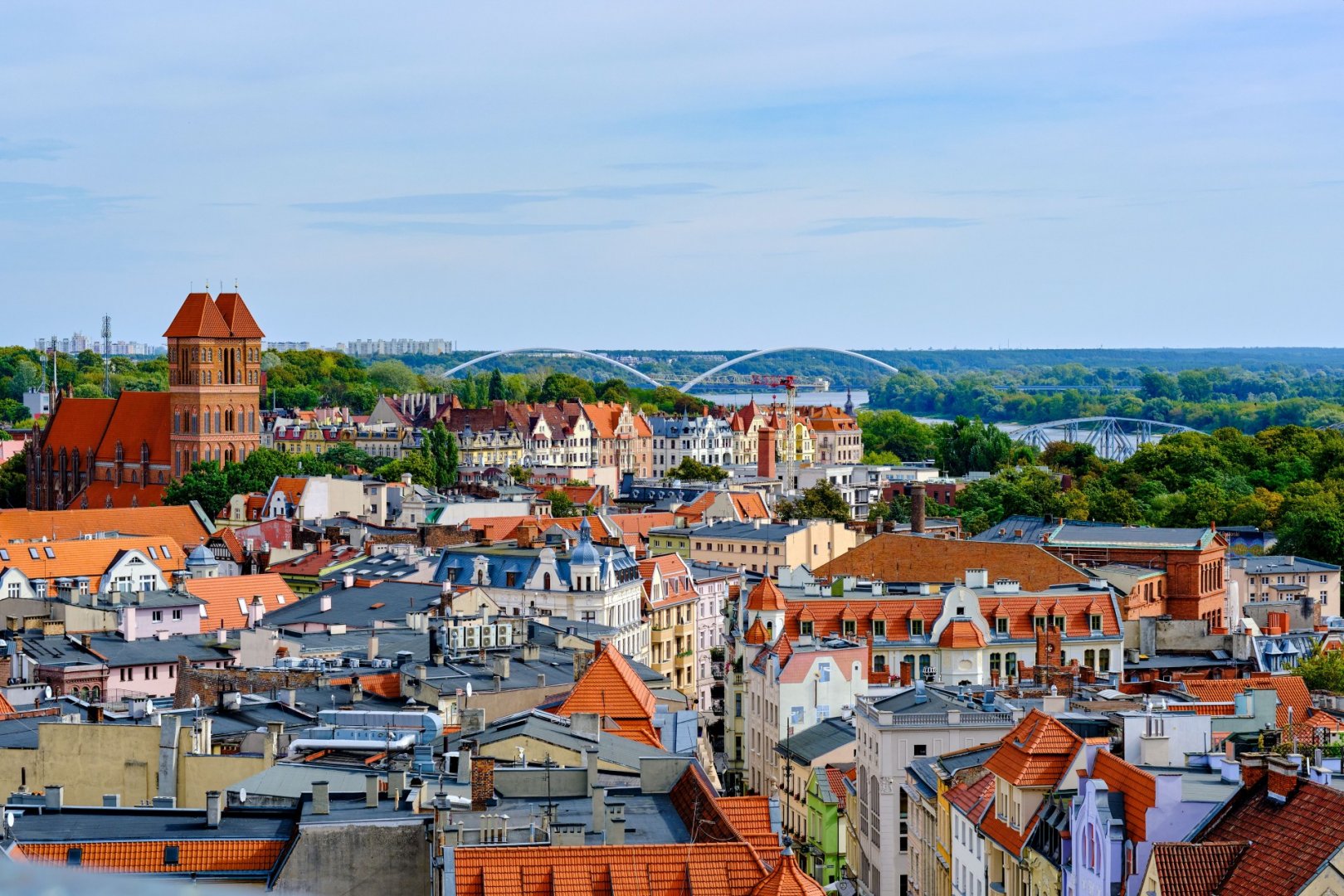