Let's explore things to do in Lublin Area : Kozłówka, Okrzeja, Nałęczów Plateau. These are the three chosen attractions of the region. It is great to be here, get into the many routes and watch the local sightseeing highlights near Lublin.

Kozłówka is the place where the late-baroque mansion of the Zamoyski aristocratic family is situated. Built in the 19-th century it has held many important events and now is one of the best-preserved palace complexes in Europe. Nowadays it serves as a museum and can be visited and contains over a thousand paintings, also copies of well-known artists.

The palace is surrounded by beautiful gardens, rosaries and trees. The park was built between 1890-1910 by the order of Konstanty Zamoyski, who was given the palace as a wedding gift. The interior design combines traditions of European culture and Polish national traditions, showing the connection of the cultures. Each room has unique tile heating stoves with ornamented fireplaces. Walls are also covered with mirrors with rich patterns of the frames. They were used to reflect the light of day and candlelight during evenings, in order to make the space bright. Paintings are hung on every available space of the palace walls. There is also a chapel in which an organ is placed. It was played by Zamoyski. The chapel itself was designed to resemble the Versailles royal chapel for the wish of Zofia Zamoyska from the Czartoryski family.

At the visitor's disposal is The Art Gallery of Socialist Realism. Its collection is based on the works of Polish artists mailny from years 1949-1956 warning against the threat posed by the totalitarian system and also showing the other side, that is depict heroes, slogans and banners typical for that times.

In 2002 another exhibition was opened. The Coach House in the southern pavilion is set for guests to see. It is an 18-th-century stable.

In the historic town of Okrzeja, visitors can see the Sienkiewicz Mould from 1938. It is dedicated to Henryk Sienkiewicz, Nobel Prize winner and writer of the famous Trilogy that includes The Deluge and author of other works, such as Quo Vadis. He also painted his own landscapes in The Deluge, which depict his birthplace. The writer was baptised in the local Baroque-classicistic church, founded by his great grandmother.

The Mould was made by people from all over Poland. It is 15 meters high and was made of 6 000 square meters of soil. The top offers a view of the surrounding area. There is a monument to the writer at the top that was unveiled in 1980.

Historically, Okrzeja is located on the border of three geographical regions Mazowsze, Lubelszczyzna and Podlasie. It is situated among fields, meadows and forests in the valley of the Okrzejka river. Here, away from the hustle of the city, time passes pleasantly. The towns of Okrzeja, Wola Okrzejska and Wola Gułowska are full of history and are at the visitors' disposal to sightsee. Henryk Sienkiewicz was born in Wola Okrzejska and the forests of Gułów are the places of last fights of the IIWW September campaign, known for the heroic soldiers under the command of General Franciszek Kleeberg.

Nałęczów Plateau is located right next to Lublin. Nałęczów itself was the subject of the writer Bolesław Prus's saying, that whoever comes to Nałęczów leaves it being a better person. It is easily accessed from Lublin. The neighbouring Kazimierz Dolny town is a Renaissance pearl of the Plateau.

These towns lie in the Vistula valley. Yellow soil is quite typical of this area, making a beautiful view especially of the canyons made by rainwater. Geological conditions and surface features make the erosion process possible. Some canyons are 40-meter deep.

Nałęczów is a SPA town of circa three thousand inhabitants. Tourists find here the Stefan Żeromski Museum, as the writer came here in 1890 as a teacher and stayed after meeting his wife. Another museum to see is the Bolesław Prus Museum, dedicated to the journalist and novelist, who was the leading figure of the Positivists.

Nałęczów is the only health resort that focuses mailny on heart problems in Poland. Diseases such as arterial hypertension, cardiac neurosis and states of general psychophysical exhaustion are treated here. The local microclimate helps in recovery and naturally lowers blood pressure.

An important point of the health resort's offer are mineral water springs with calcium and iron bicarbonate. The healing properties of waters were discovered around 1800s. Due to the mineralization and very good quality of the water in Nałęczów area, it is used for the production of mineral waters.

Kazimierz Dolny is surrounded by hills from one side and the Vistula River from the other side. There are plenty monuments built in Renaissance style that build a charming atmosphere. Here guests find also peace and quiet in the church of the Reformati monks. Richly ornamented tenement houses with abundant attics are also available to see. Ruins of a 14-th century castle and tower with a few-hundred-year-old stairs are all to be found in Kazimierz Dolny.

Must see museums are The Natural Museum in the historical granary and The Goldsmithery Museum. The Three Crosses Mountain is beatifully lit during eveningas and offers a lovely view of the town and neighbouring Vistula panorama. While staying here it is obligatory to taste diverse dishes that are connected with the Jewish culture of the region.

Poland's Lubelskie region is packed with beautiful nature and historic sights. The close area of the Lublin and the Vistula river is a standout not just because of the panoramic views and easy access but also the abundance of sightseeing places to visit. 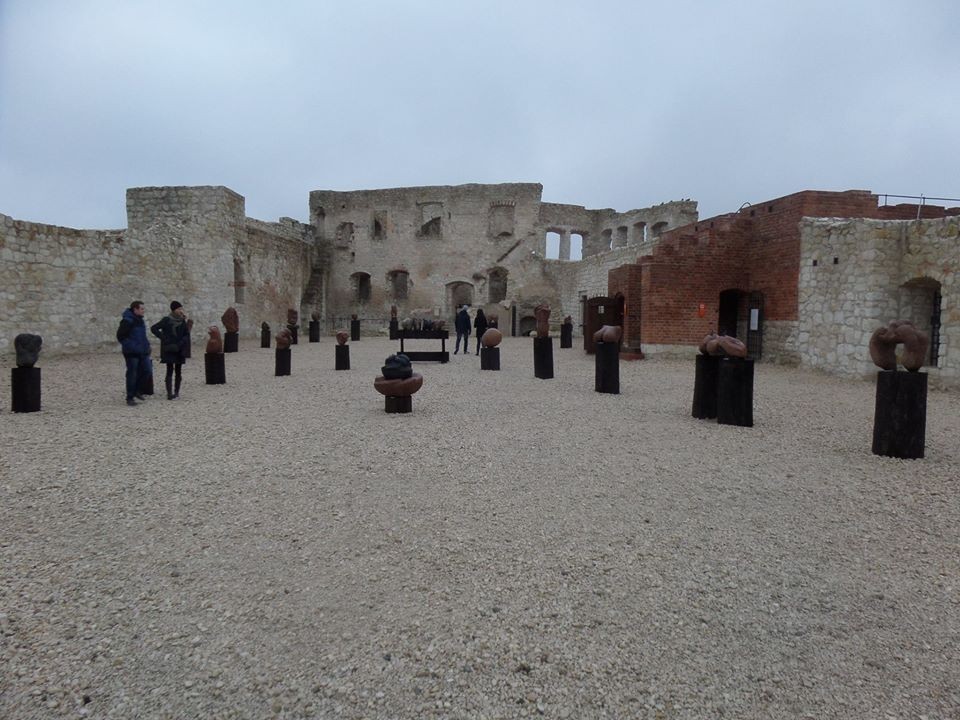 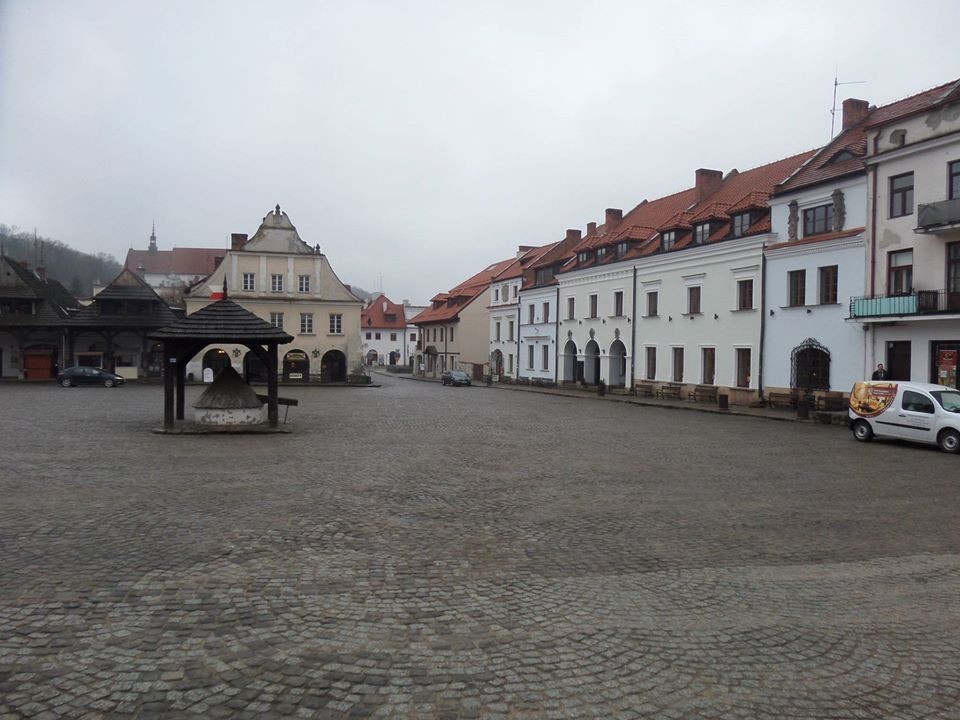 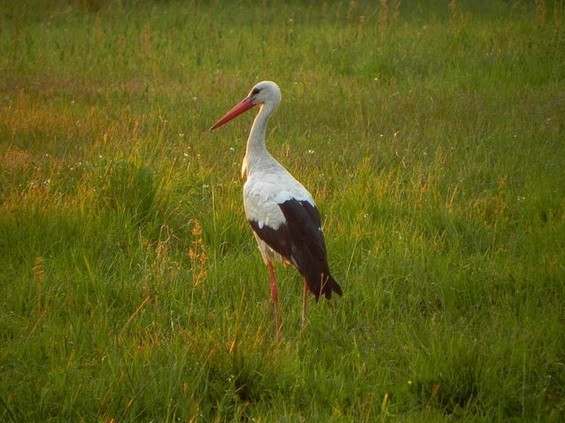 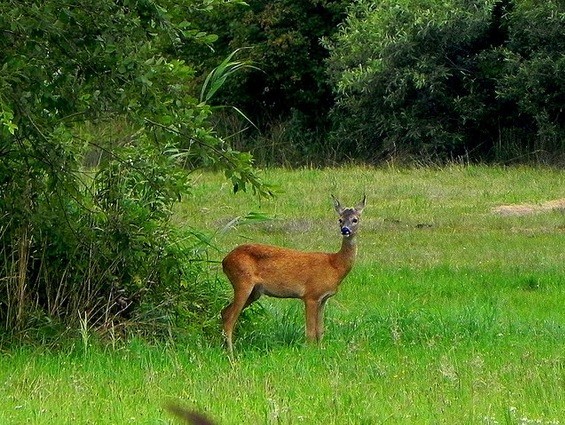 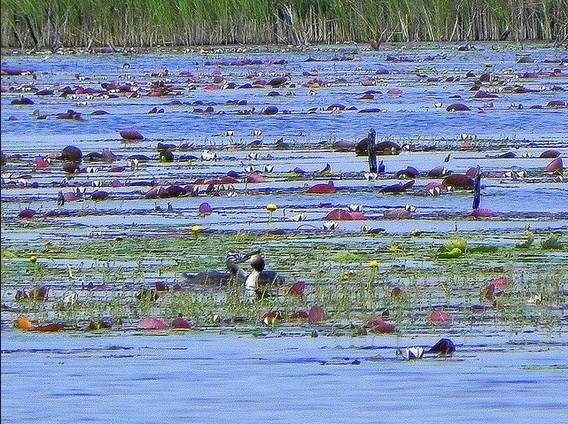