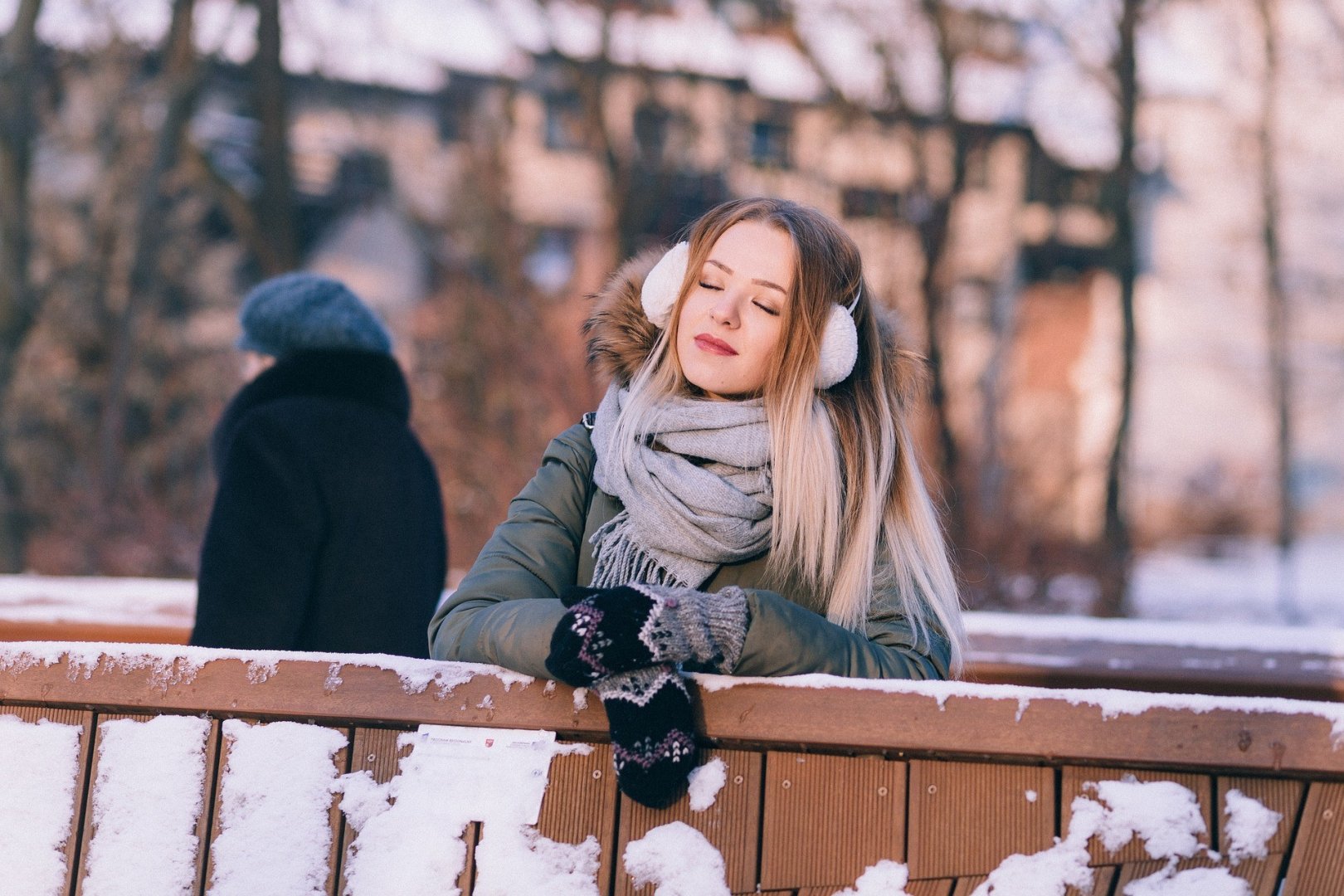 What should you see in Krakow in winter?

Krakow is an amazing agglomeration with multitude of attractions. The same is true when we consider winter stay in this most popular Polish tourist destination. Still, as Polish winter can really get cold, frosty and snowy you will find below the list of outstanding attractions that will protect you from cold. Discover Krakow with ITS Poland, your local DMC!

The Wawel Royal Castle together with the Wawel Hill is one of the most historically and culturally significant places in Poland. Wawel was the seat of Polish rulers, their necropolis and the place where the history of Poland was shaped. One of the most important museums in Poland has been located here since 1930. The museum collects works of art historically or artistically related to Wawel, with Polish rulers, and great magnate collections. Just by the castle there is also famous Wawel Cathedral.

It is a grand market hall built in 13th century and successively extended in the next years. It is situated in the heart of the Main Square in Cracow. Apart from its commercial area on the ground floor, there is the department of the National Museum on the first floor. Currently, there are 4 galleries available for the visitors: Bacciarelli, Michałowski, Siemiradzki and Chełmoński parts. Visitors can also enter observation deck.

The factory is a part of National Museum in Kraków and shows exhibition devoted to World War II. The place itself was popularized by 1993 film “Schinler’s List” by Stephen Spielberg picturing Oskar Schindler saving Jews during World War II. Tourists who come here from all around the world may see the exhibition “Cracow – times of occupation 1939-1945”. It tells the story of Polish, Jewish and German citizens in the occupied Cracow during World War II. As the exhibition uses new ways of presenting historical materials it is very interesting and the museum is exceedingly popular among Kraków tourists.

It was created in 2000. The Museum presents the origins of the Home Army, the Underground State and the lives of Polish soldiers on the fronts of World War II and after the war until today. The museum's collection consists of historical souvenirs donated by Home Army soldiers and their families, archival photographs and films. This museum exhibition is devoted to the Polish Underground State and its armed strength, which was the Home Army. In addition to the permanent exhibition, temporary exhibitions are also organized on site.

Manggha Museum of Japanese Art and Technology is located at 26 Marii Konopnickiej Street. Only 1.1 km from Wawel Castle (15 min walk by Vistula river). The building was designed by a famous Japanese architect Arata Isozaki and it is a distinctive design in the scale of our country. The museum was opened in 1994. The permanent exhibition consists of collections of Mr Feliks Jasieński, the Wajdas family and other donators. The museum often also has temporary exhibitions connected with Japanese art, culture and technology. Among exhibits we can find Japanese, Korean and Polish art including: paintings, graphics, sculptures, installations, photography, drawings, posters, artistic books, handicraft, ceramics, katagami (dying templates), kimonos and theatre costumes. Manggha combines museum and active culture centre functions so, visitors can enjoy here various experiences and events.

Prince’s Tychy Brewery is a very interesting tourist spot. The brewery is located about 1:15 h drive from Kraków (about 85 km). Sightseeing takes about 2.5 h. During a tour with full of good humor guides, tourists get to know how beer is produced, learn abort the brewery history, watch 3D film, send postcards from the inside of a huge barrel, taste Tyskie beer and purchase beer bottles as souvenirs. There are also two special tour options: ecology trail and Silesia stories. The brewery tours are available to adult tourists. Visiting Tyskie Brewery is an amazing adventure, which can end at a visit in Tyskie Brewery Pub.

Family Home of John Paul II in Wadowice town is about 53 km from Kraków (1:15 h drive). It is situated at main market square just by a church where we will find the original baptismal font of the Saint and holy relics of his blood. The museum can be visited with a guide and it takes about 1 h. The exhibition covers 3 floors of original building and about 1000 m2. Apart from the Wojtyła’s family flat the exhibition demonstrates John Paul II life starting from his family and hometown through youth, World War II period, priesthood and pontificate till death. All those who are interested in life of Karol Wojtyła later John Paul II and finally Saint will definitely be satisfied after sightseeing of this modern museum.

Wieliczka salt mine (13 km from Cracow) is an extended underground city and certainly one of the most interesting touristic objects In Poland. In 1987 it was put down to UNESCO World Heritage List. Every year the mine is visited by over a million tourists from all over the world. The main is no longer producing salt and since 1996 it has been only a touristic attraction. The mine has 9 levels, the deepest is at the depth of 327 m. One of the best well known chambers in Wieliczka is St. Kinga’s Chapel. Visiting Wieliczka it is also good to visit Żupny Castle and Brine Graduation Tower.

An underground slide, travelling with an underground train or an underground boat cruise are just a few attractions of Bochnia. Bochnia hasn’t got such a long tourist tradition as Wieliczka but it is equally interesting. One of the most crucial goods of the mine is healing climate. This is why the mine hosts many sanatorium clients. In the underground gym, sports events also take place. Finally, the underground massive chambers are excellent place for conference organization. Bochnia mine constantly develops adding to their offer new points, also using so currently popular multimedia effects.

Summing up, Krakow has much to offer even during winter and tourists can easily avoid blistering cold, even in the middle of a winter season and enjoy world class works of art and fascinating exhibits that witness Krakow’s captivating history. We greatly advice to visit this former capital of Poland also in winter, when there are not so many tourists as in warmer months and enjoy Krakow’s cultural and historical heritage. If you are interested in visiting any of the above sites, just contact one of ITS Poland group coordinators, that will deal with all the necessary preparations and trip details for you. 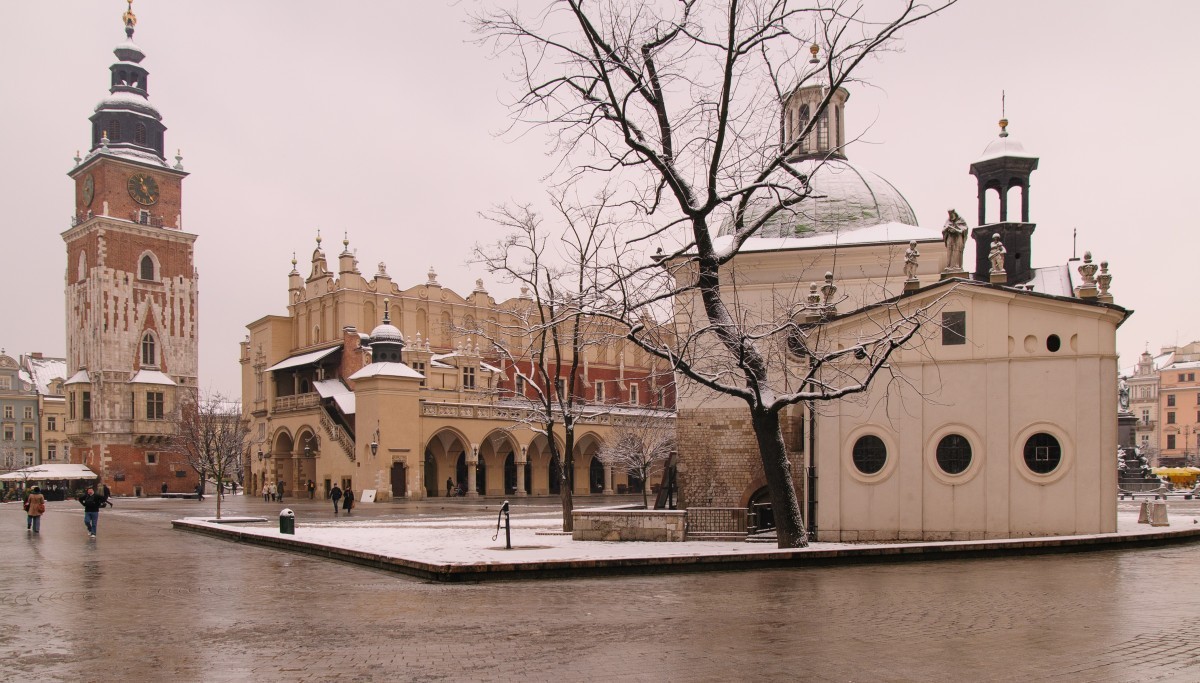 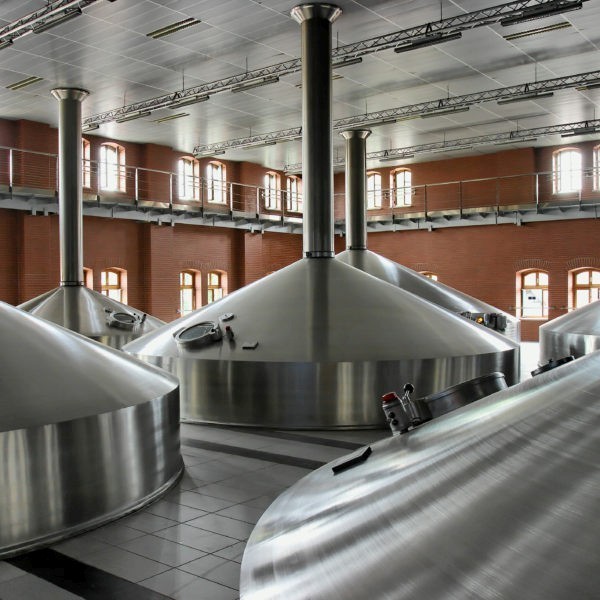 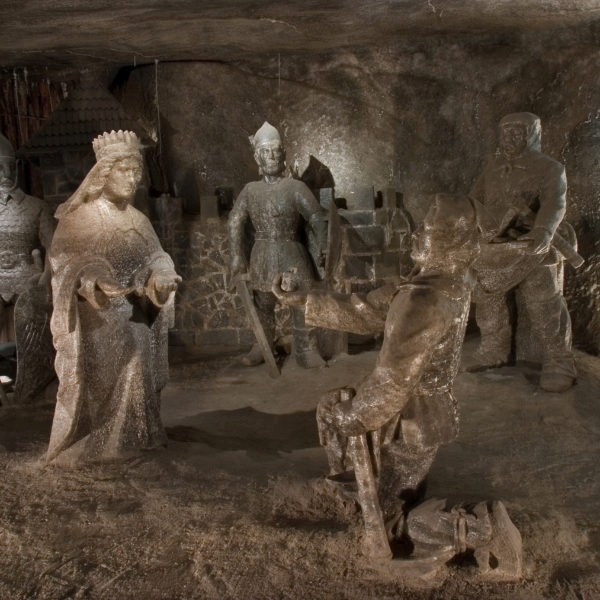 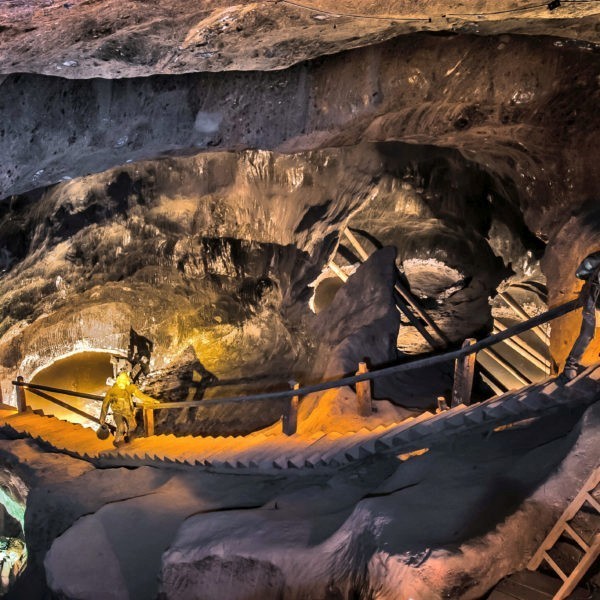 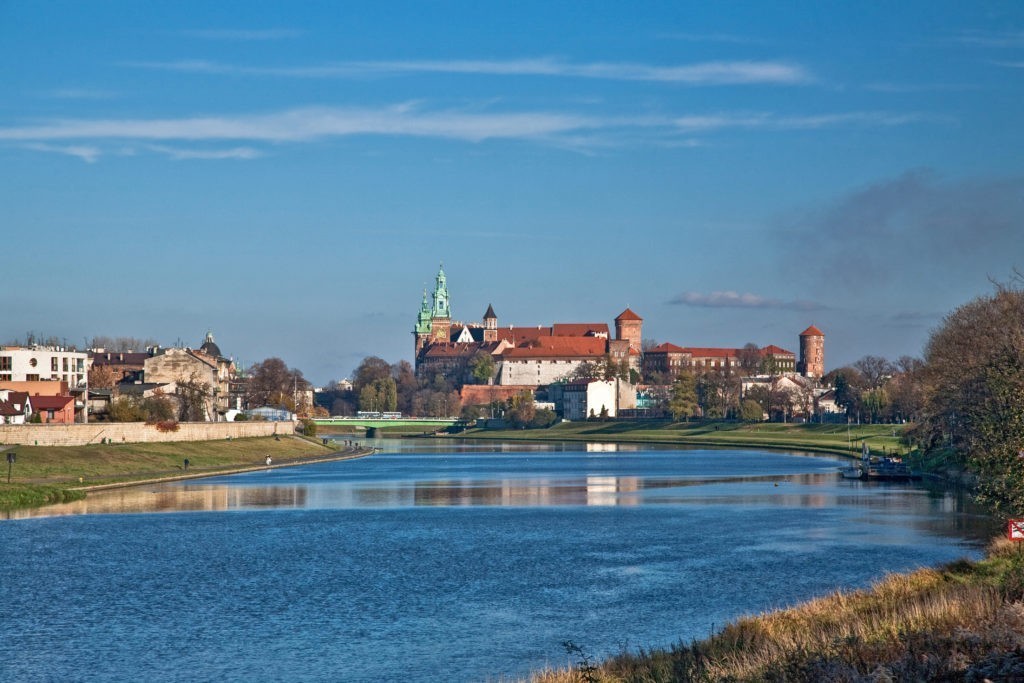 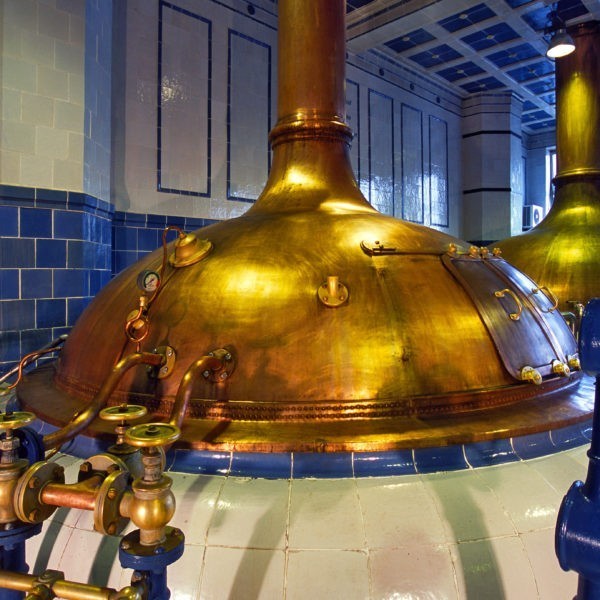 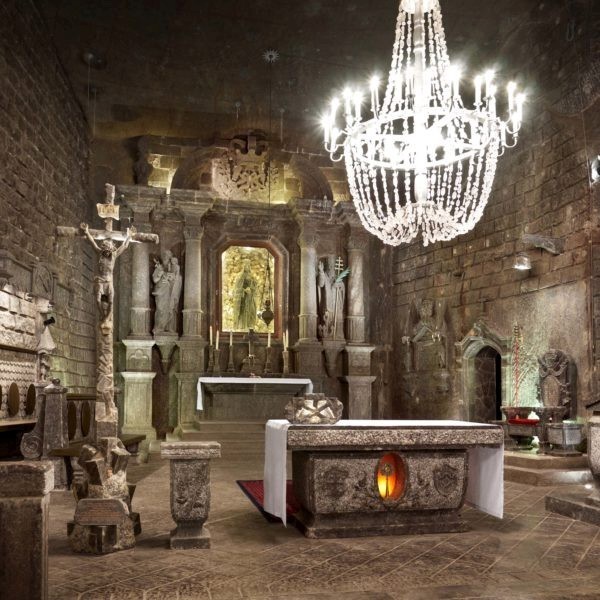 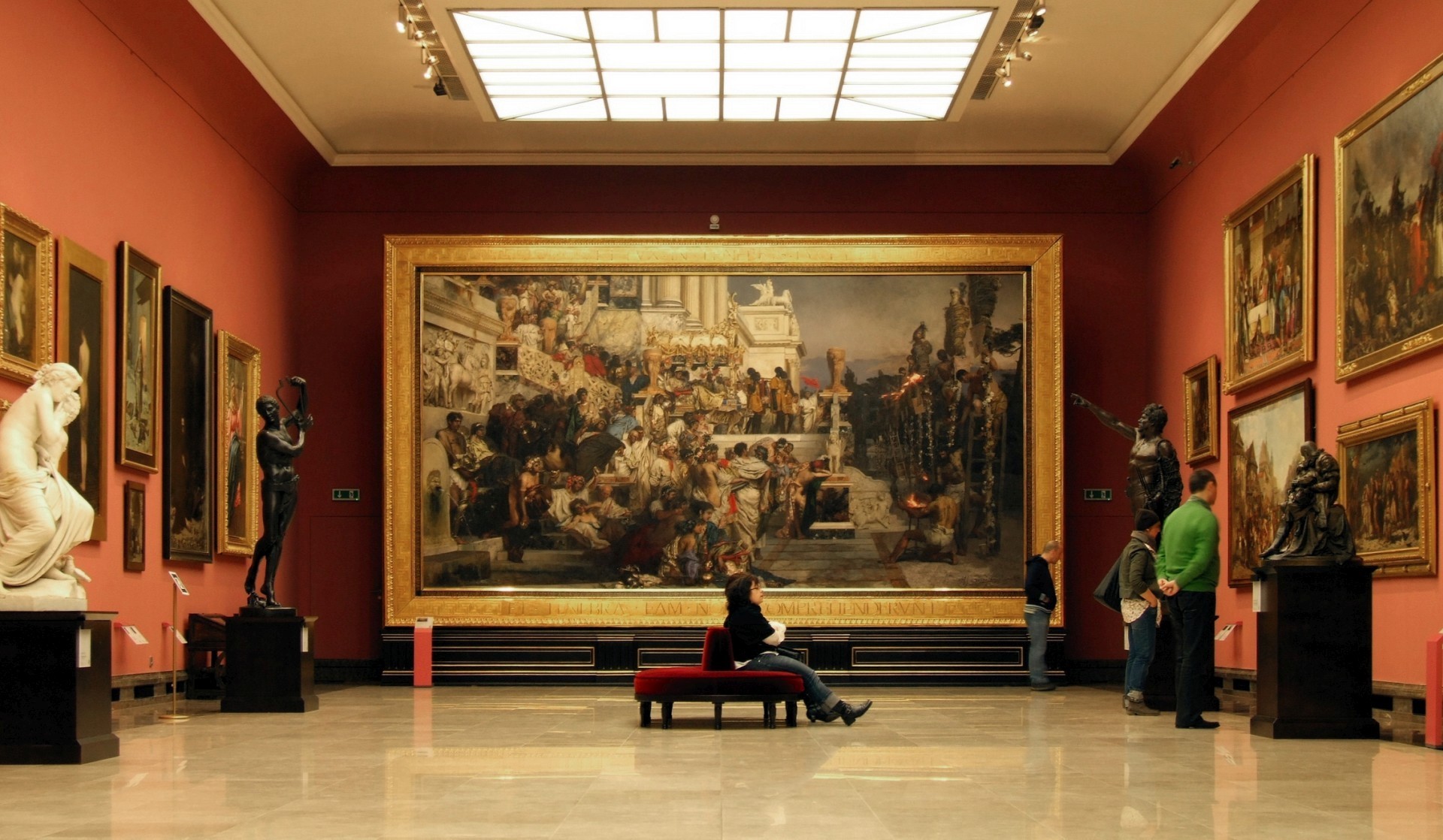 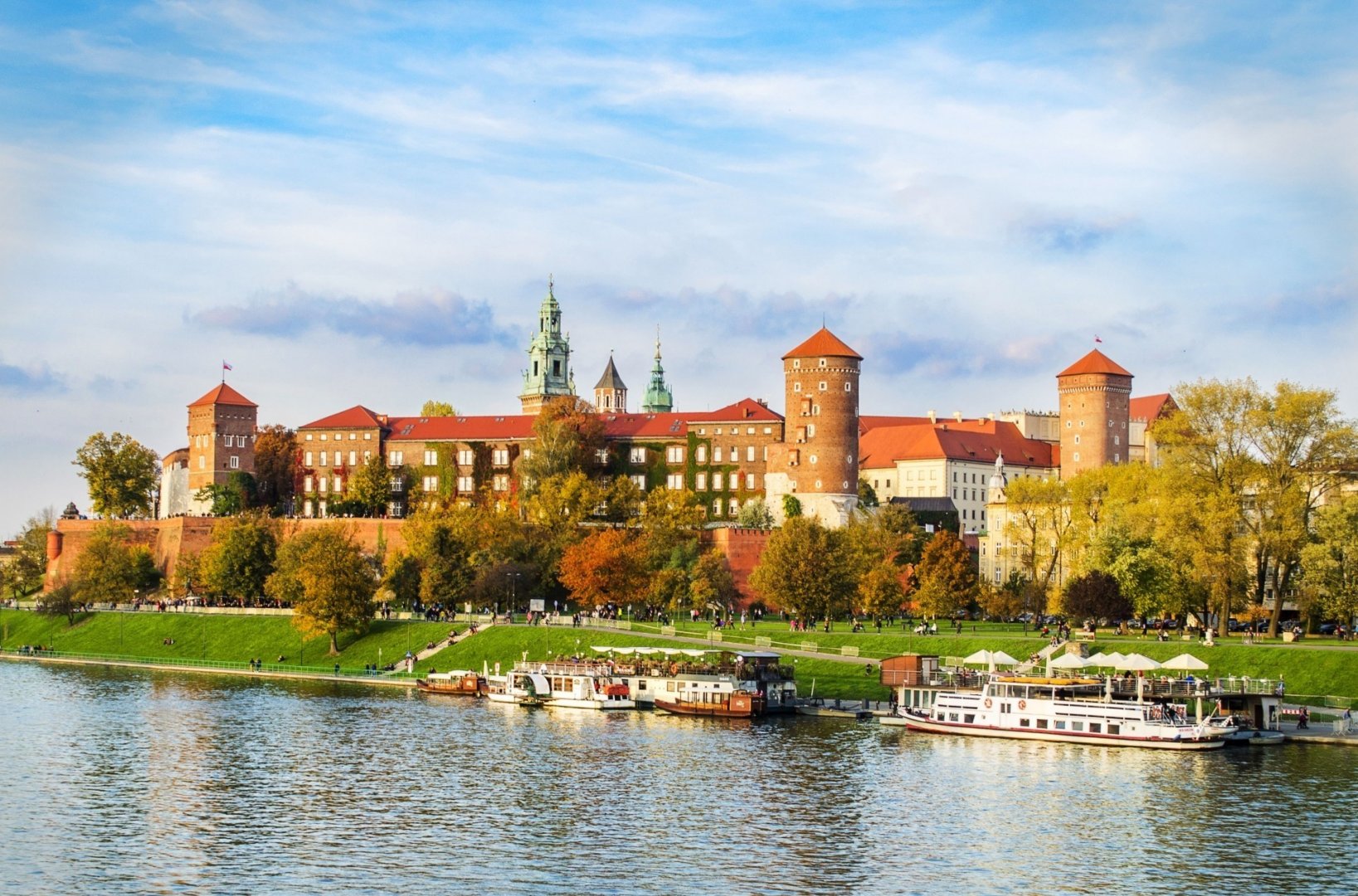 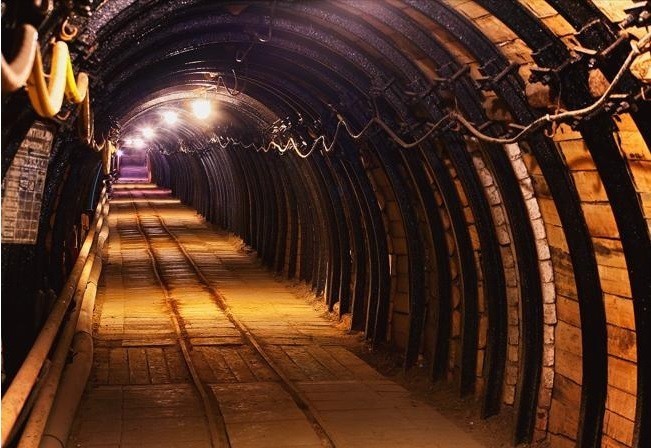 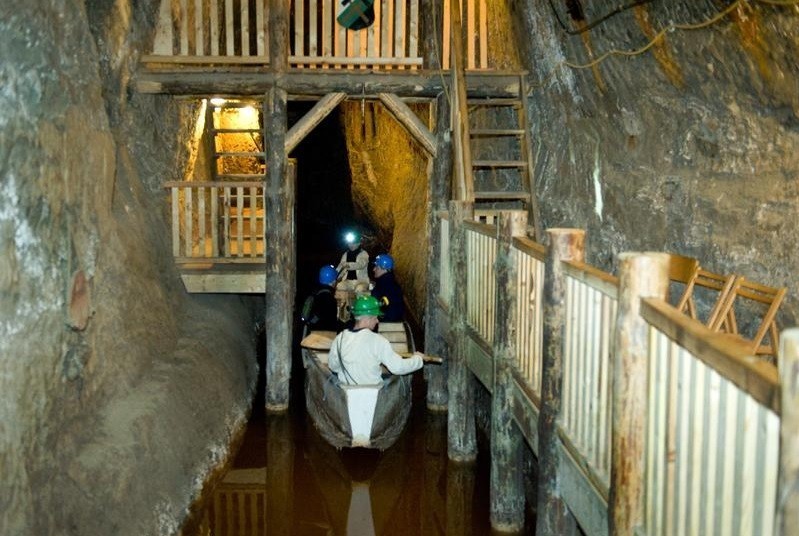 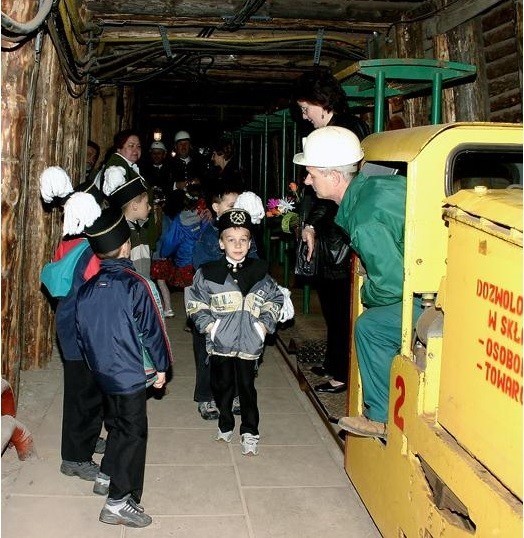 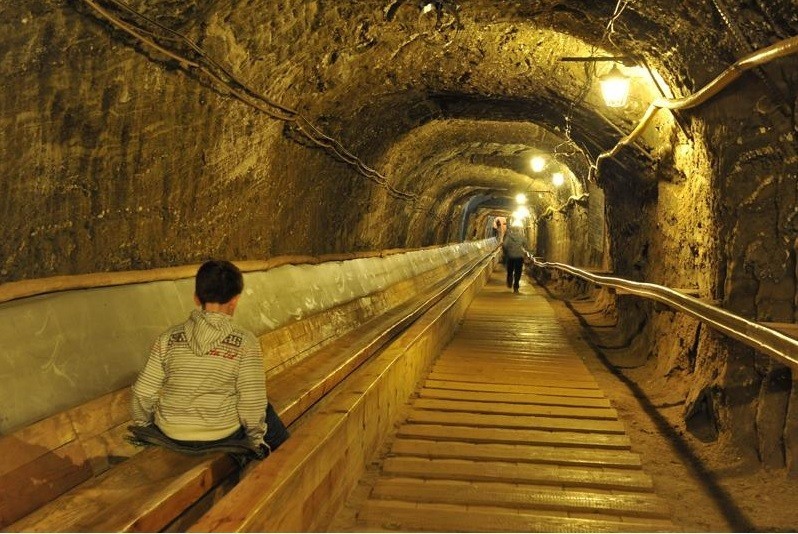 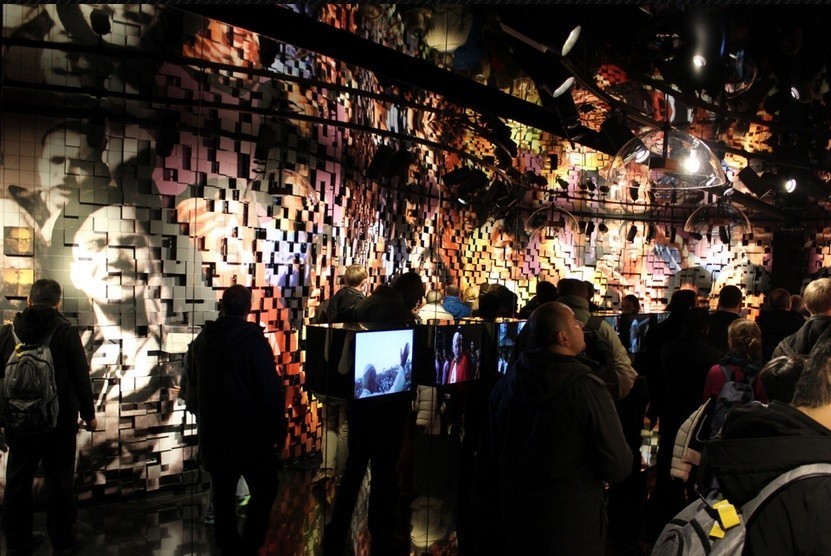 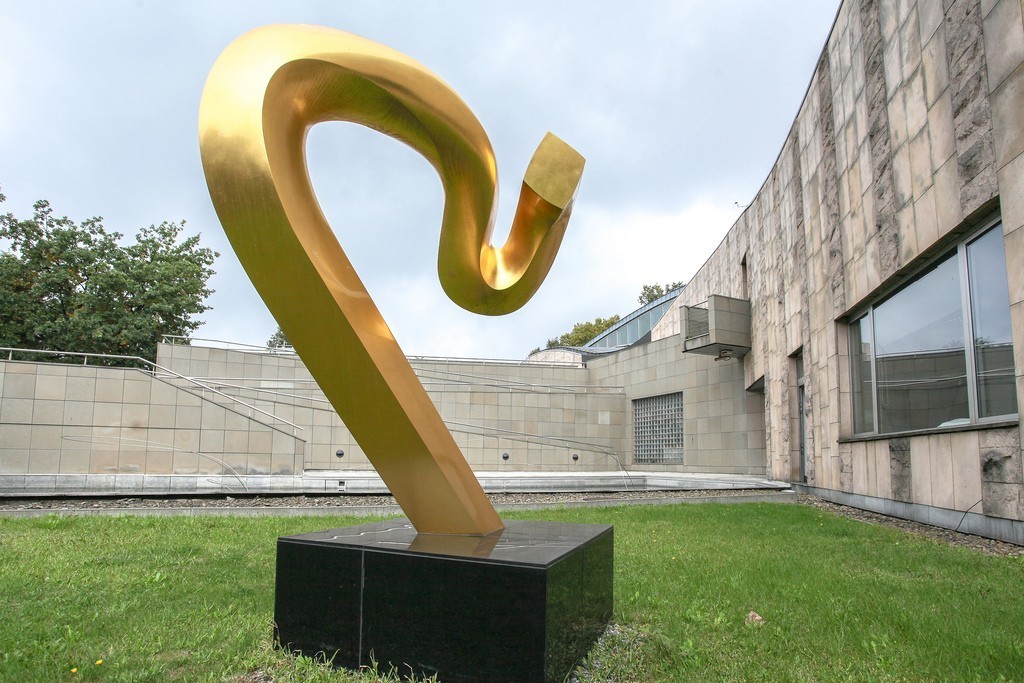 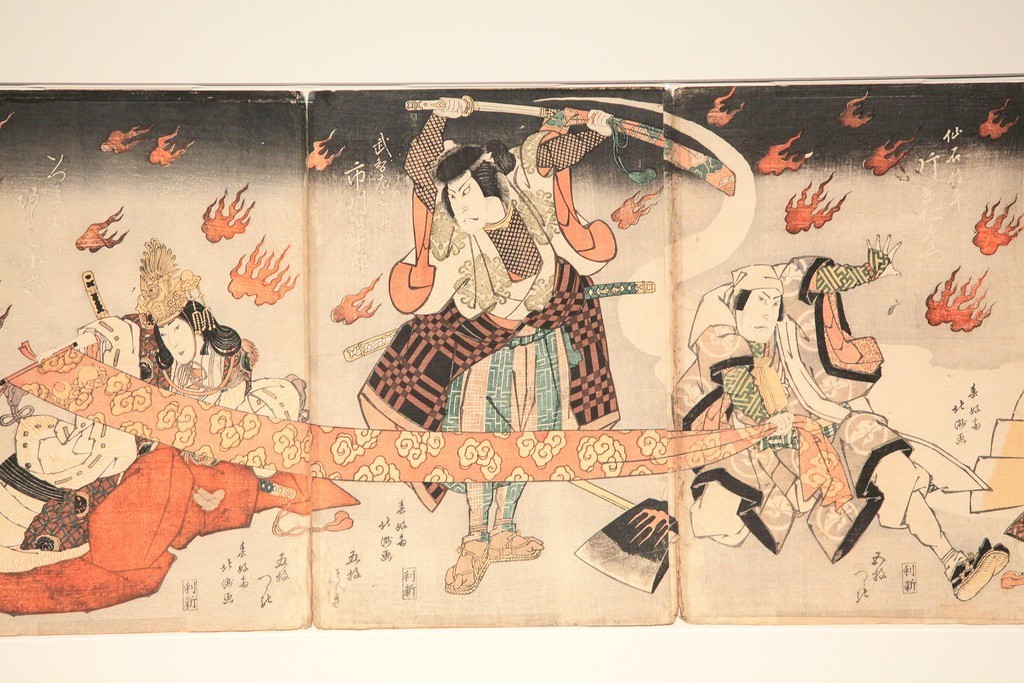 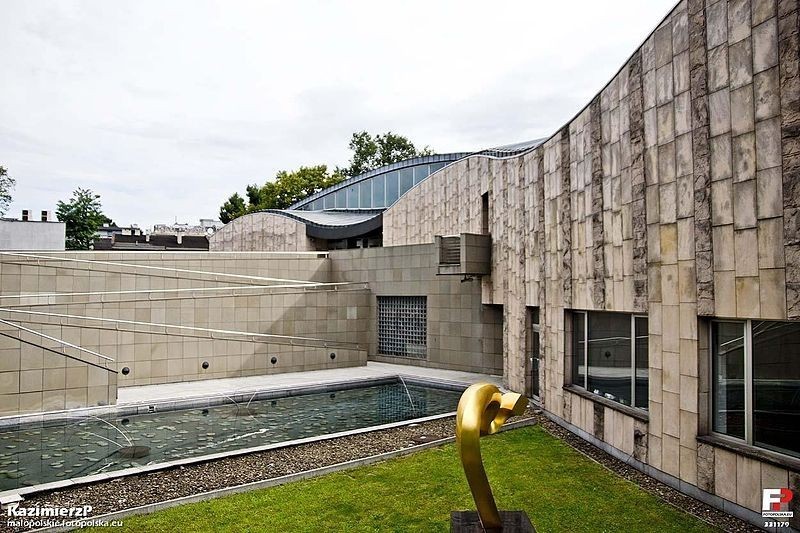 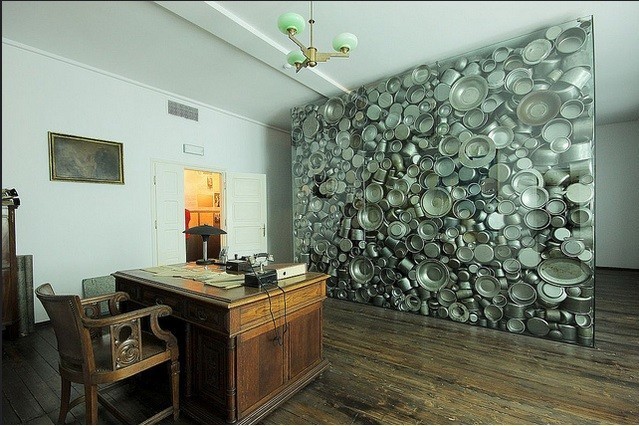 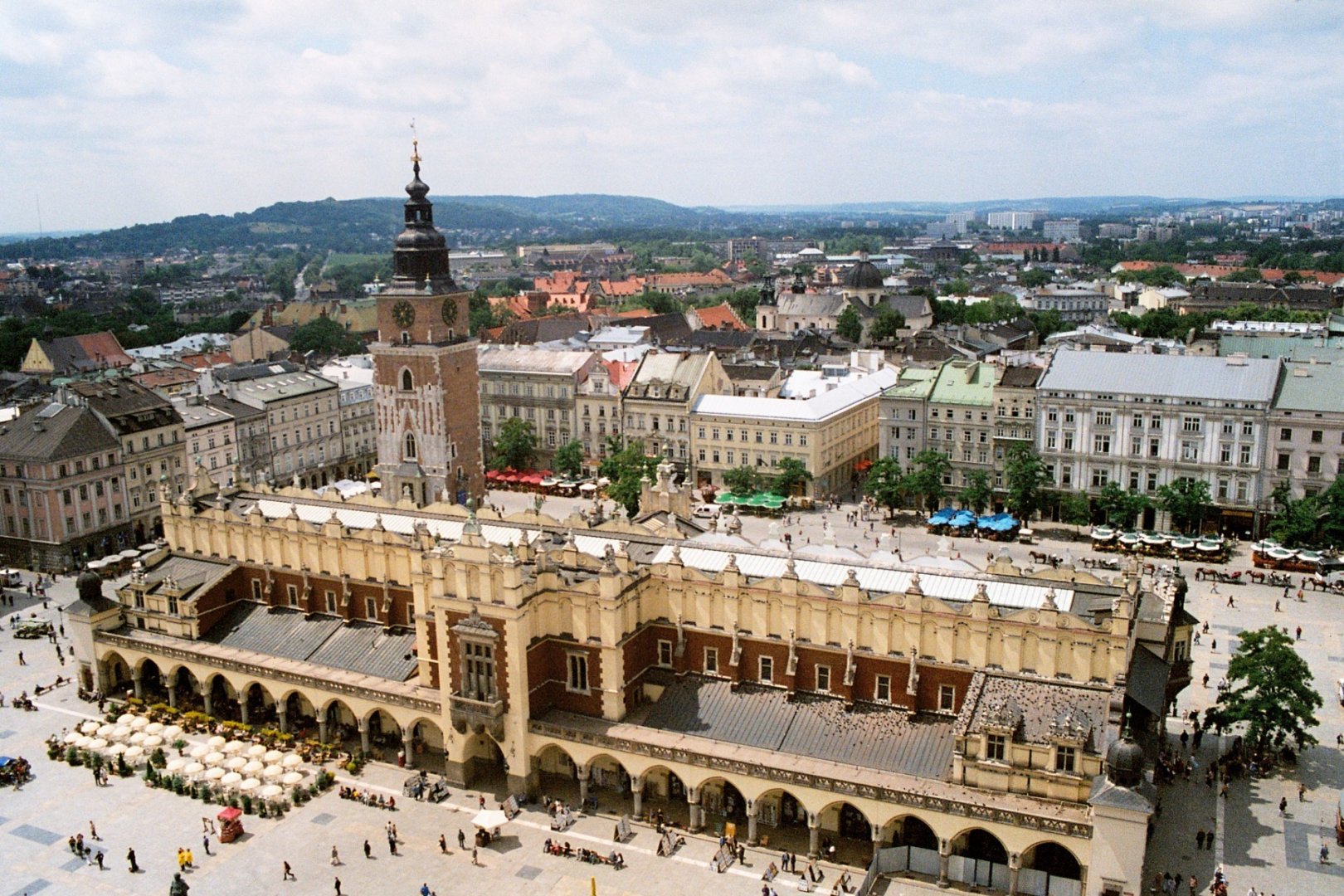 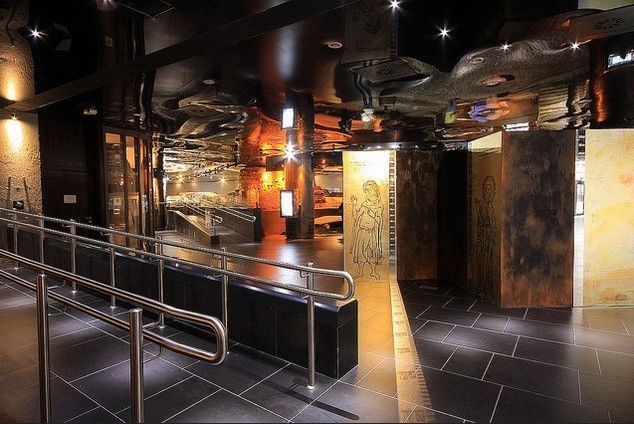 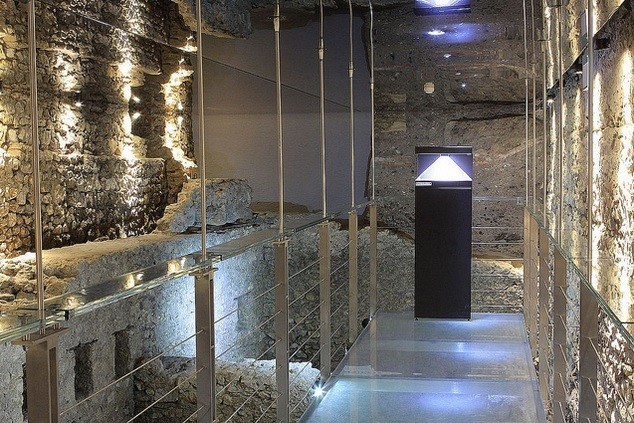 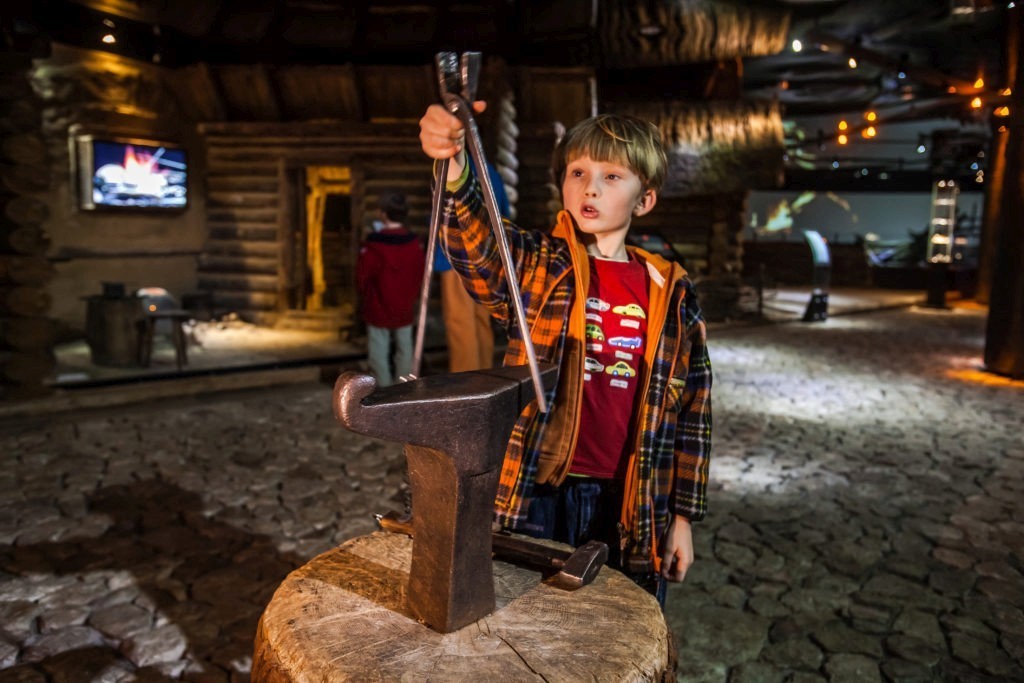 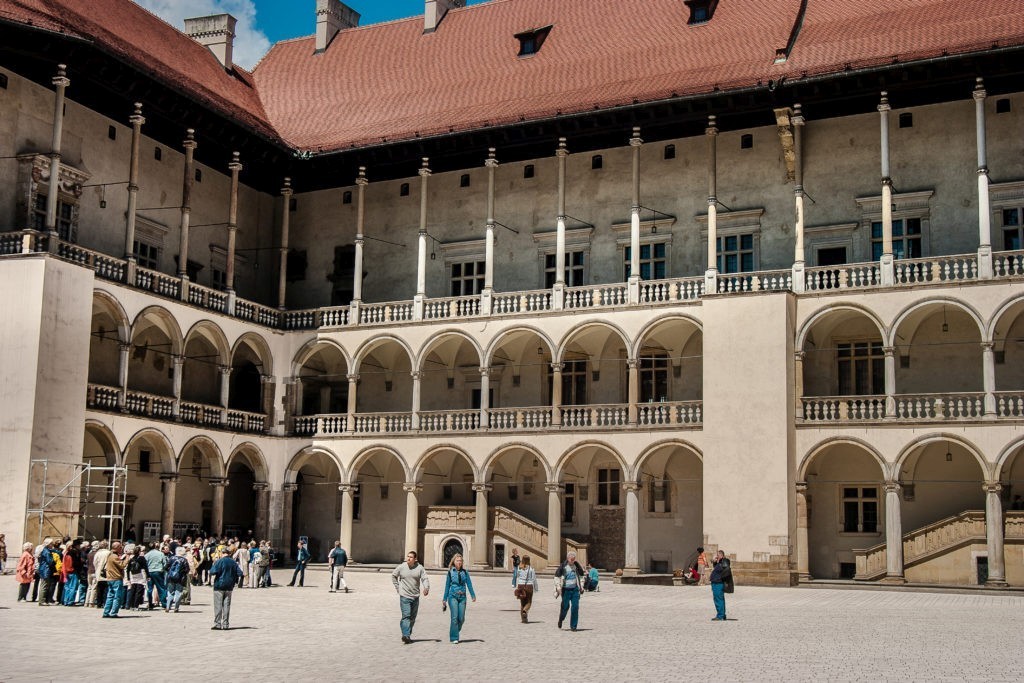 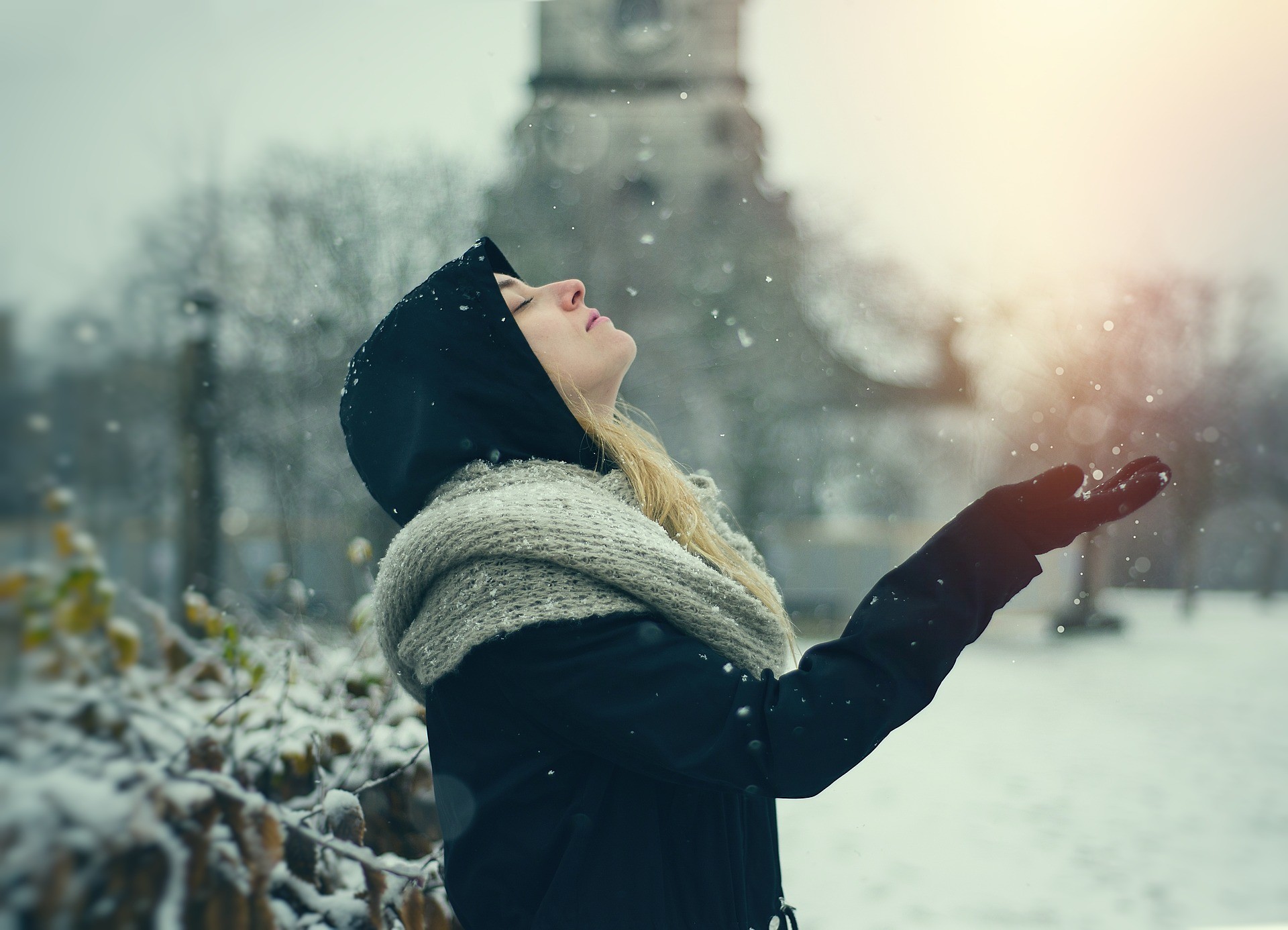