Where to spot Wild Nature in Poland?

European Bisons, Mooses, Polish Ponies and more, there are big, beautiful animals, that can be spotted in Poland on wild, or in in special reserves. ITS Poland, Polish Travel Agency will be glad to share a handful of information about these animals, at the same time encouraging you to see for yourself about their beauty and majesty. Here are some information about best places for observation.

Across Podlasie and the Bison

There is a Bison reserve in Podlasie, the North-East part of Poland. It is near Białystok, the main city of the region.

The most of the region is covered by forests with the most treasured Białowieski Forest with the formally created Białowieski National Park, next to Białowieża. Here you can spot the European bison. It is featured on the National Park's emblem. Bisons run here free and it is the largest such reserve for bisons in Europe. Changes in the climate have had some effect on the population of the species but they are in good hands and the reserve is making everything to increase their numbers. The last wild living bison was found here in 1919 and started to be bred by the Park's zoologists. There are circa half a thousand bisons living in Białowieski reserve. The Park itself is a great example of preserving primeval nature on its over a thousand square kilimetes of land and thanks to all these features it has been listed by the UNESCO as the Natural World Heritage.

Oh, and there is also a beer named after the bison :)

Around Kampinos and the Elk

The Kampinoski National Park is near Warsaw. The Centre of Poland. The capital of Poland is the only such city in Europe to have a National park next to it. The nature surrounding the city is one of a kind. Visitors can spot the animals living free in the forests when only crossing the city's border.

Wild nature here includes the elk and the lynx, which is their natural habitat. Also beavers and cranes or backwoods can be seen. Beavers build dams which irrigate the forests. All this helps to renovate the nature next to the city. Going into the heart of the forest takes 20 kilometers. Such a big reserve next to a capital is quite a rarity. The Park was established first to protect the flora next to the city. It includes beautiful landscapes such as dunes that are the remnant of the previous era glacier. They are mixed with plentiful forests with protected plants growing on many routes crossing the reserve. Here is also a Museum to be found and visited with exhibitions regading the Kampinos.

The Elk is the emblem of the Kampinoski National Park.

A stay in Warsaw can be booked via Polish Travel Agency. There are multiple hotels and hostels, ranging in standard from 2-5 star. Transfers are easy to arrange and the capital itself is very nicely connected by highways, train and bus routes and planes as well. Renting cars and bikes is common.

Southern part of Poland is the place where The Roztocze National Park is situated. It is near the city of Zamość and locally know tong-twister town name Szczebrzeszyn. The landscape here is made mostly of hills and wild nature. There are waterfalls in the National Park that make the views even more beautiful. Vast forests encompass the region. The first time the reserve was set up, was in the 16-century by the Polish noble Jan Zamoyski in the village of Zwierzyniec. He wanted to preserve the nature surrounding his lands and started a zoological garden as well. Nowadays the Roztoczański National Park is one of the most handsome with many nature trails, where you can spot free living animals. Wonderfully peaceful sights include broad lands of flora, set among fir and beech trees.

The Polish Ponies are tarpans and they were introduced in Zwierzyniec zoological garden by Zamoyski 400 years ago. There was a time when they were gone and then reintorduced. Ponies have many features of the genuine tarpans, such as their small hight, one of a kind mouse-grey colour and a nice to the eye black back stripe. They are very resistant and like living in the winter specific south-east climate.

Tarpans, aka the Polish Pony are the symbol of Roztocze Park.

Must see in Roztocze: Zwierzyniec with its Museum of Roztoczański National Park, The Roztocze Reserve, 18-th century shire built on water

Fun fact : There was a car produced in Poland which name is Tarpan, after the ponies, as it was a small truck.

Time to see them on Your own eyes.

There are many places in Poland for lovers of animals and nature where you can observe these beautiful creatures.

If you would like to see them up close, please let us know.

ITS Poland Polish DMC will organize everything you need to make this extraordinary journey. 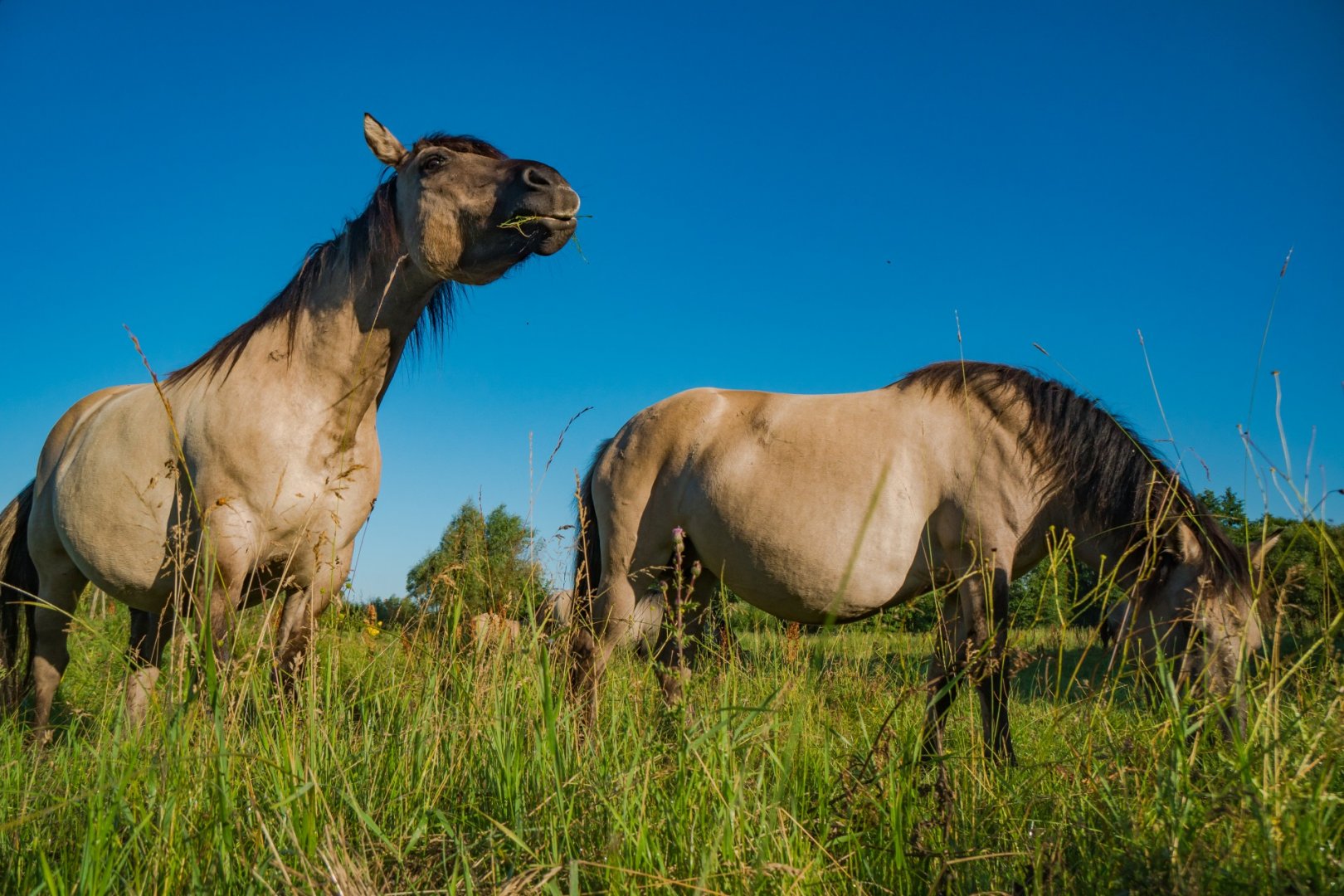