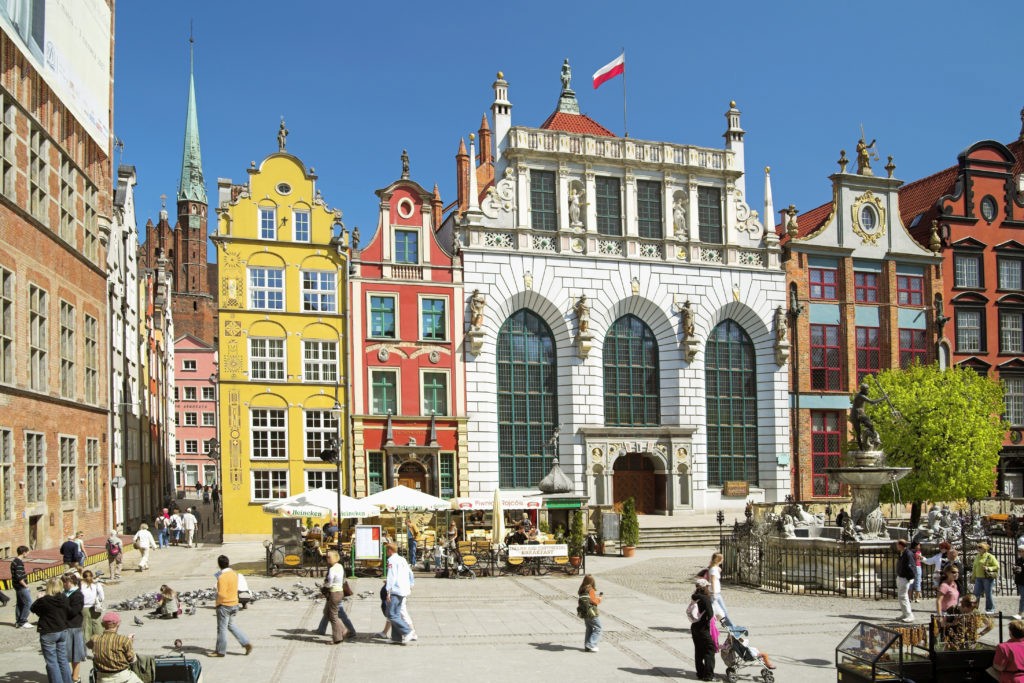 Artus Court (Polish: Dwór Artusa) is one of the most recognisable buildings on Długi Targ street, where the first tenement houses date back to Middle Ages. It is situated by 44 Długi Targ Street and in front of this building we will also find one of the best well known Gdańsk’s landmarks Neptune Fountain. Originally the building was erected in 1348-1350 and its golden age was in the 16th and 17th century. During its history it was a place of gatherings, society meeting centre, commodity exchange and currently it is a part of Gdańsk History Museum and it also performs representational functions. Tourists can explore unique mansion interiors and their design. They are partly historic and partly reconstructed. Arturian Mansion is one of the most recognizable historic landmarks of Gdańsk.