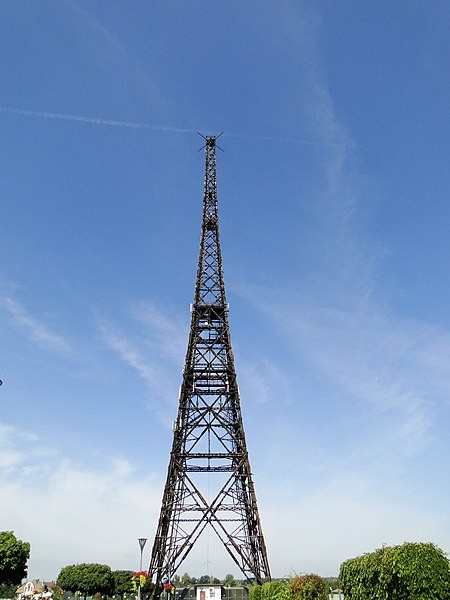 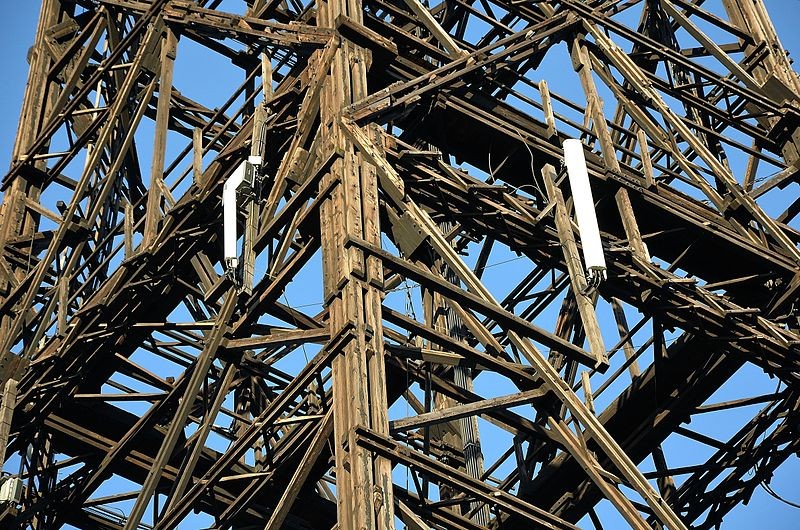 The Gliwice Radio Tower (Polish: Radiostacja Gliwicka) is a transmission tower in the Szobiszowice district of Gliwice, Upper Silesia. The radio tower is one of the most interesting technical monuments in Silesia, and at the same time the highest wooden construction in Europe. Its height is 110 meters. It was built in 1935 by the German company Lorenz, from impregnated larch wood, especially resistant to pests and weather conditions. In 1939, the buildings of the radio station became the site of the so-called Gliwice provocation - a fake attack by a German special unit on a German (and therefore their own) post, which was part of the propaganda and disinformation preparation of aggression against Poland. These provocations were used in propaganda radio and press releases. They became the justification for the aggression of the Third Reich against Poland, which was blamed for the beginning of the war. Currently, the tower complex and surrounding buildings form a branch of the Museum in Gliwice. Visitors can see the original equipment of the station, as well as a film about the Gliwice provocation. The Gliwice radio station is located on the Industrial Monuments Route. On March 15, 2017, it was entered on the list of Historical Monuments.