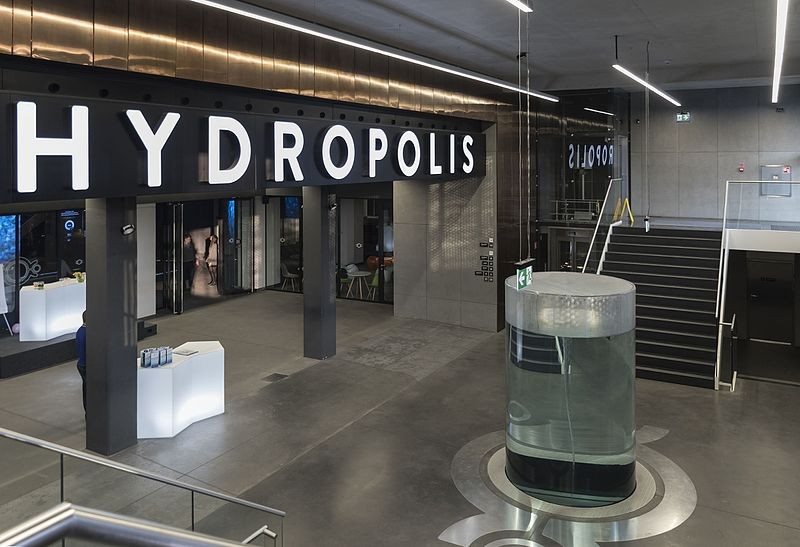 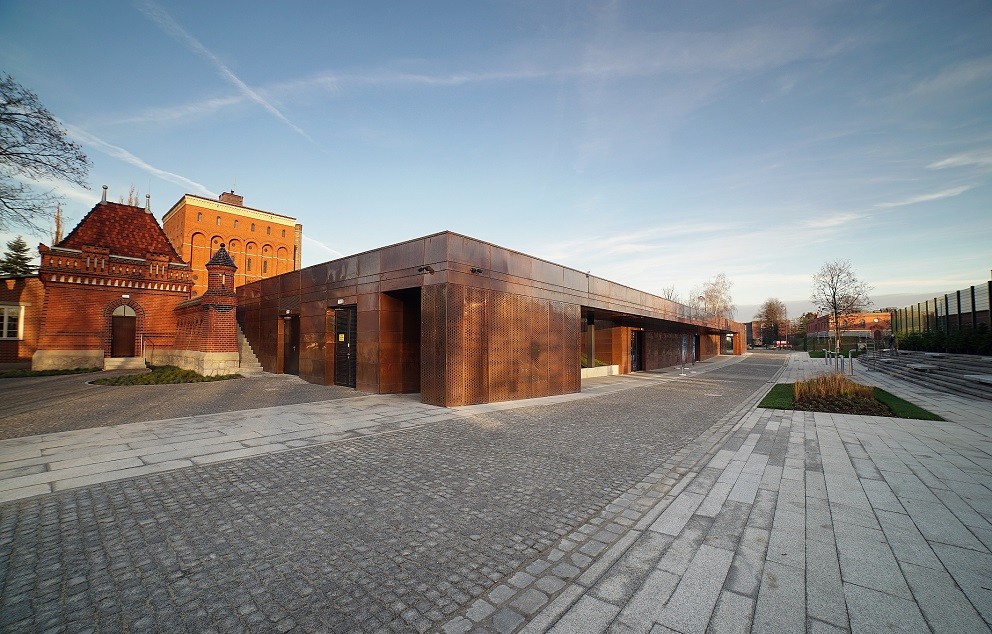 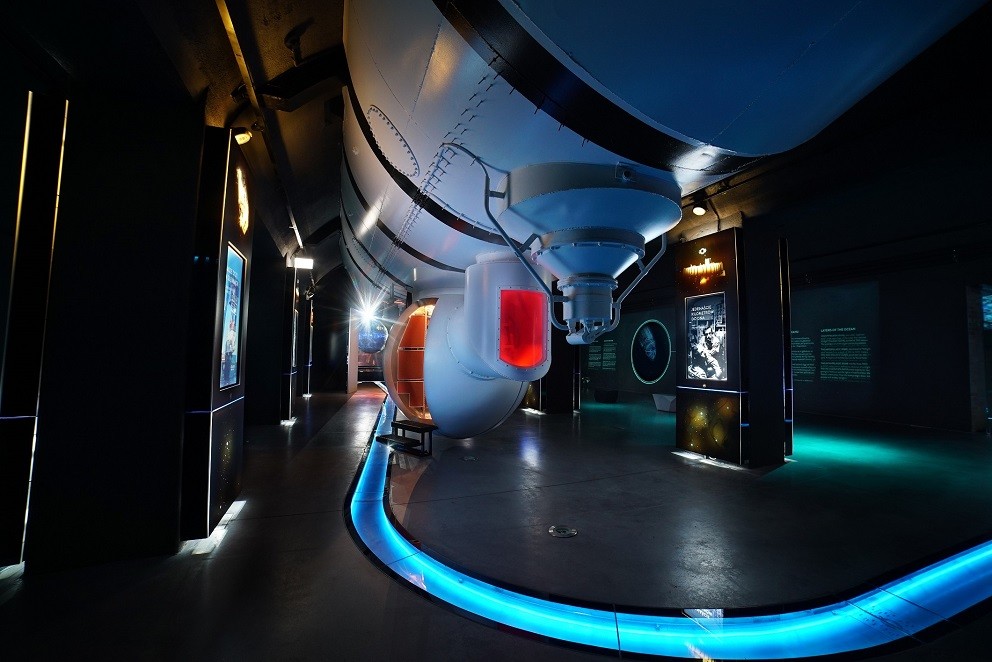 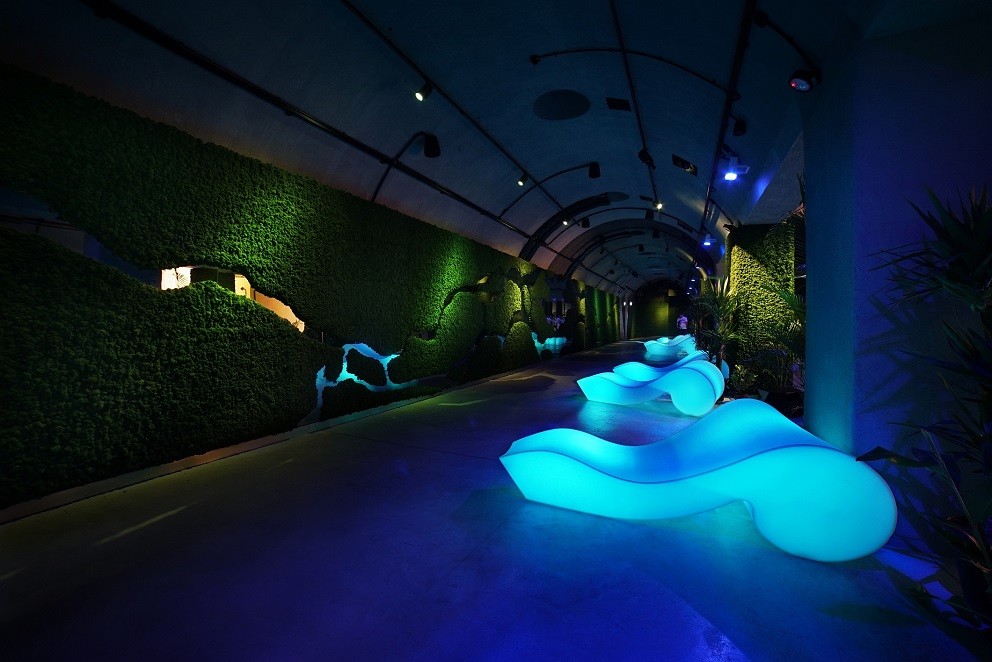 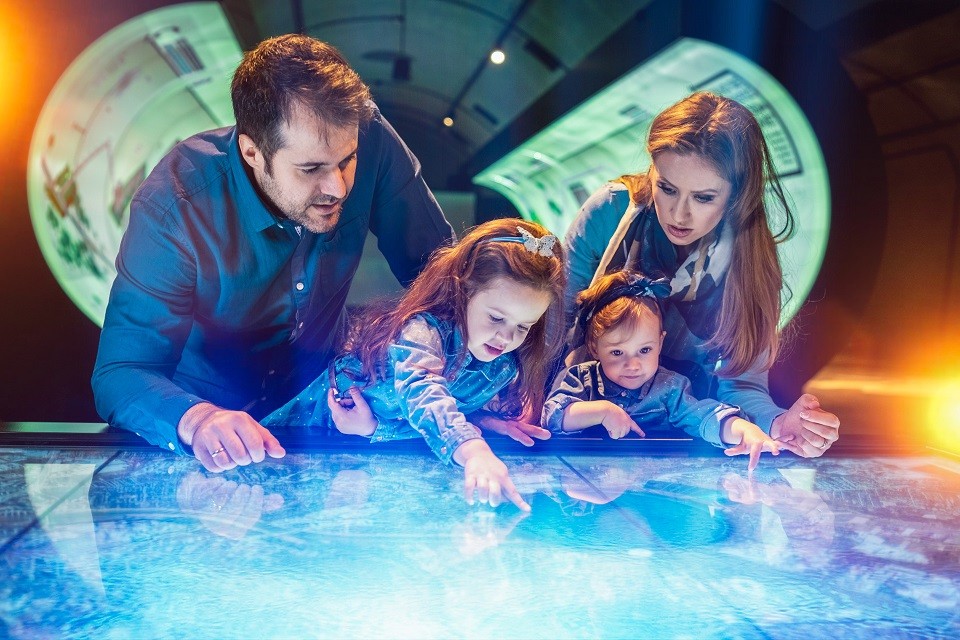 Hydropolis is a high-tech multimedia museum dedicated to water. Divided into eight thematic parts and started off with a short 360-degree film which takes you from the Big Bang to nucleosynthesis to the formation of planets to the origin of Earth's aqua, Hydropolis is a friendly-for-all-ages discovery zone where visitors can peek at creatures found in a drop of water, spin an Archimedes' screw, sit in a replica of the Trieste bathyscaphe, which made a descent to the bottom of the Mariana Trench in 1960, or kick back in the sea-sounds-and-bioluminescent-jellyfish relaxation space. Informative and impressively designed, this is one experience we wholeheartedly recommend.

Opened in December 2015, the extraordinary multimedia exhibition devoted to the most valuable treasure in the world - water - attracts thousands of visitors. The ultramodern water knowledge center is the only such facility in Poland and one of the few in the world.

Hydropolis is a unique knowledge center that combines educational values with a modern exhibition form. It discovers the processes in which water is involved - from functions in the human body to ocean currents that shape the climate on Earth. It is one of the most modern interactive exhibitions in Poland. It presents fascinating issues that are helpful in understanding the world around us in a very spectacular way. Hydropolis is located in a historic, 19th-century clean water reservoir with an area of 4000 m2. Since 2002, the facility has been listed as a historical monument. It is an attraction of Wrocław for people of all ages. It is a place where multimedia technologies, interactive installations, faithful replicas and information-rich touch screens serve one purpose - to show water from different perspectives.

The exhibition is divided into seven permanent thematic zones. Each of them shows water in a different aspect.

To enter Hydropolis, you must walk through Europe's longest water printer (46.5m) which creates various patterns and inscriptions on the water wall. When someone approaches her, it opens like a curtain. The water printer works only in the spring and summer season.

In the first zone - the Entrance Zone - you can wait for the entrance to the exhibition, use the cloakroom, visit the souvenir shop or the intimate cafe - Molecule Cafe. This is also the last moment to use the Internet and download an application that will guide you around the exhibition.

In the zone The Planet of Water, you will learn the theory about the origin of water and its presence in the universe. In addition, in the center of the room, an image of the globe with a diameter of 2 meters is displayed with an animation of the tides on our planet. A 10-minute film, displayed on a 65-meter screen, will take you to the most distant corners of space.

The Depth Zone is a room where you will get to know the depths of the seas and oceans and their inhabitants. Here is also a replica of the Trieste bathyscaphe, which in 1960 traveled to the deepest place on Earth - the Marian Trench.

The Ocean of Life zone is dedicated to living organisms that have been developing in the water for 3.3 billion years. There are both microorganisms and giant squid and sharks. Everything in a multimedia setting.

The Relaxation Area is an underground beach where you can listen to the soothing sound of the ocean waves in the beautiful scenery and recharge your batteries for further exploration. One of the walls is covered with moss here. It is a visualization of the rainforests of the Amazon River.

The Kids Zone is a place designed for the youngest, full of multimedia games in which you can play with dolphins, see mythical water monsters or learn to care for coral reefs.

In the Man and Water Zone, you will learn how important it is for the proper functioning of our body and also its various views in culture and art.

In addition, there is a temporary exhibition zone in Hydropolis.

The first is the Water Engineering History Zone. In this zone you will learn about and test the operation of water inventions from ancient times: Archimedes' screw, water wheel, water clock and Heron's turbine. Using the examples of Egypt and the Nile, you will learn how important water is for the development of any civilization.

In the City and Water zone, you will find out where the tap water comes from, how the waterworks in Wrocław have changed over the years and you will see amazing hydrotechnical structures.

In the last zone - States of Water - you will learn about the structure of the water molecule and understand the phenomenon of changing states of matter. You will see how the water becomes steam and you will learn to distinguish between the types of clouds. You can also induce thunder with your fingertips.

Why is it worth visiting Hydropolis?

Hydropolis can successfully be called one of the best attractions in Wrocław. It is an ecological science center representing the most important substance on Earth - water.

Each room is enclosed with multimedia boards with interesting details on groundbreaking discoveries of the underwater world, the nature of water and the way it is used by humans. There are dozens of models of ships, boats and other floating structures in Hydropolis. You can see and touch many devices, pumps, motors, levers. What's more - everyone has a chance to become a thunderbolt for a moment and cause a thunderstorm with theatrical character.

In addition to exhibition activities, the Center has an extensive educational offer based on the curriculum of the Ministry of National Education. As part of special activities, school students can take part in scientific workshops. Special thematic paths and workshops have been prepared, during which children build water rockets, create soap bubbles, learn about the chemical and physical properties of water. Organized groups can also use the services of a guide.