Museum Ship The Gift of Pomerania 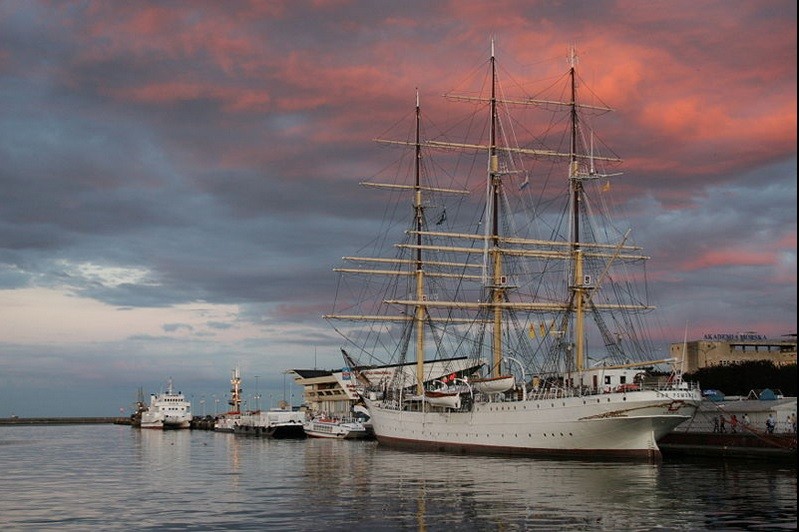 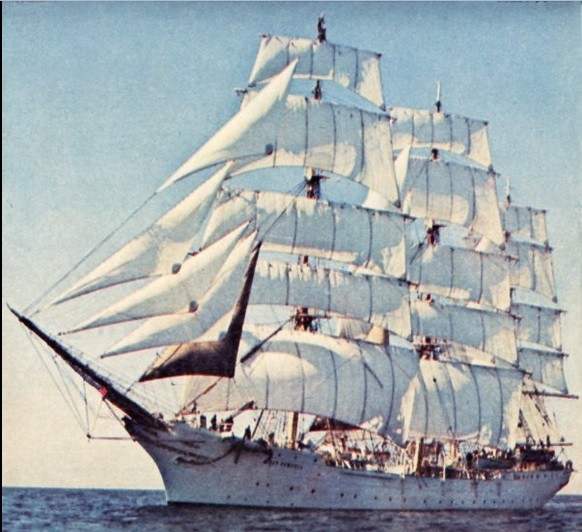 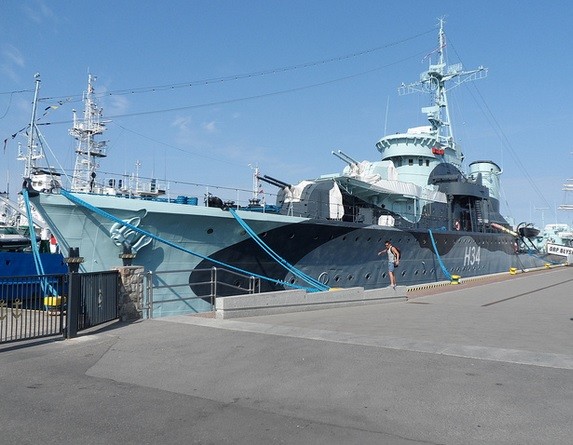 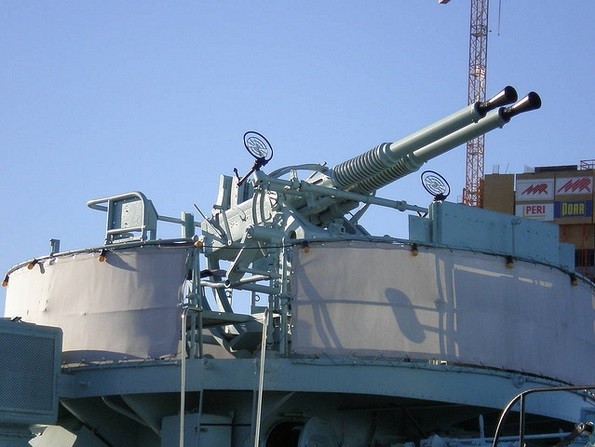 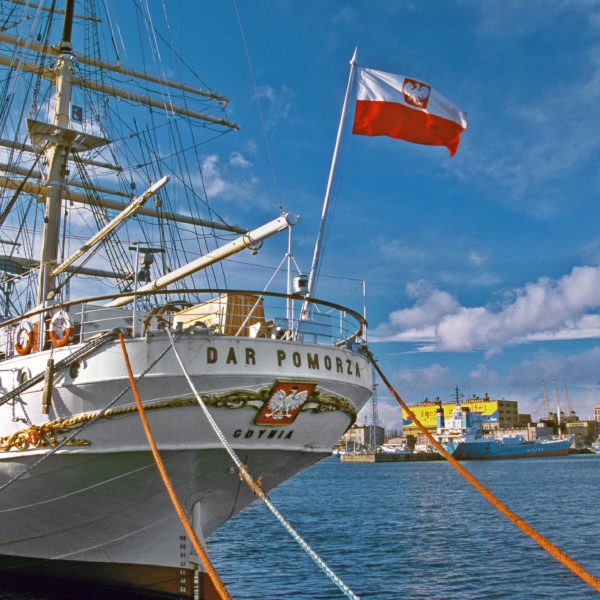 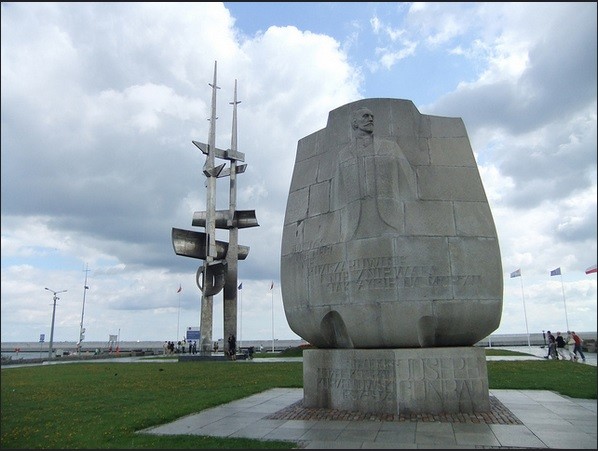 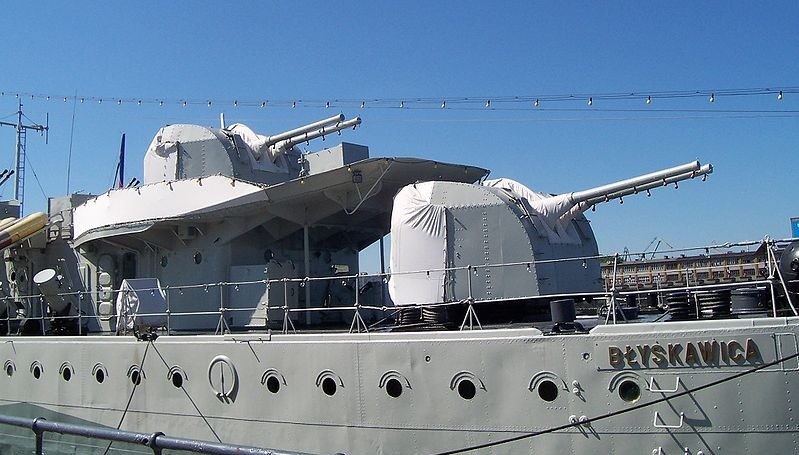 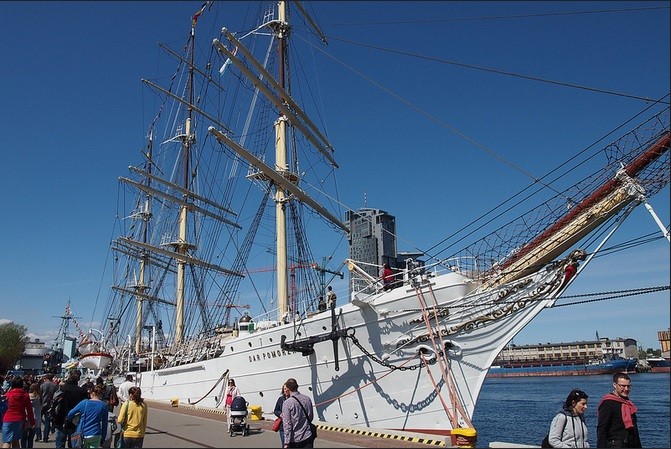 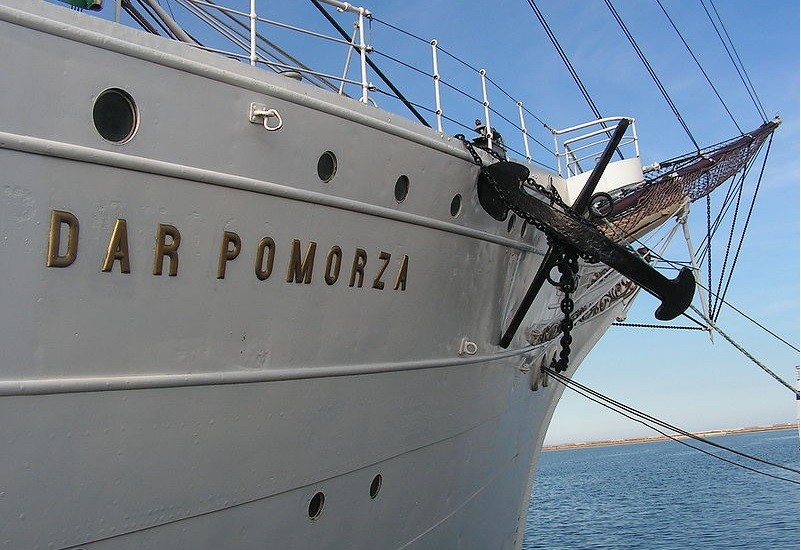 In Gdynia city centre there are museum ships moored to Pomeranian Sea Shore (Nadbrzeże Pomorskie). The first object of this type is long sailing ship Dar Pomorza (The Gift of Pomerania) which was built in 1909 and was a gift to Marine School in Gdynia. It made 102 training cruises and made distance of half a million sea miles (the distance that allows to sail around the globe 25 times), 13 384 students were trained aboard this ship. An average crew of it consisted of 189 people. Since 1983 it has been a museum. Currently, students are trained at long sailing ship Dar Młodzieży (The Gift of Youth), which is also sometimes moored in Gdynia sea shore. Another tourist attraction in this place is ORP Błyskawica (Warship Lightning). It is a Grom-class destroyer. It was built in 1937. It is the oldest existing destroyer of this kind in the world. It has been a museum since 1987. Aboard the ship you can see artillery and torpedo weaponry and exhibition about Polish presence at seas. The ship also fulfils representational functions. For all of you who are interested in marine topics we also recommend the Navy Museum which is situated only about 600 m from the ship. At the sea shore we will also find monuments commemorating sailors and Polish writer Joseph Conrad (Józef Korzeniowski). Visiting Gdynia sea shore center is a real must while visiting Tri-City.