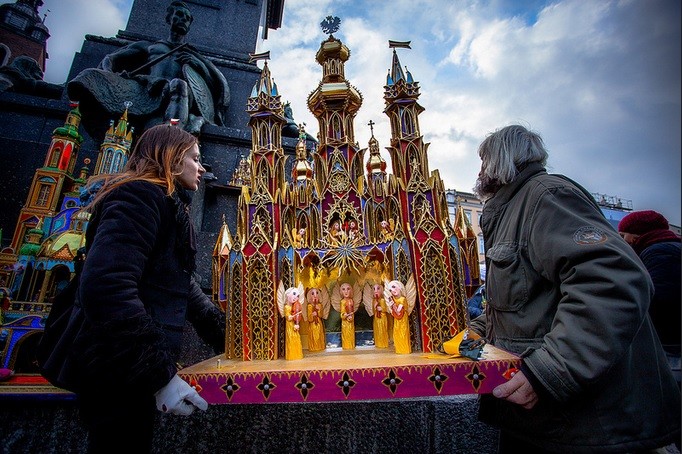 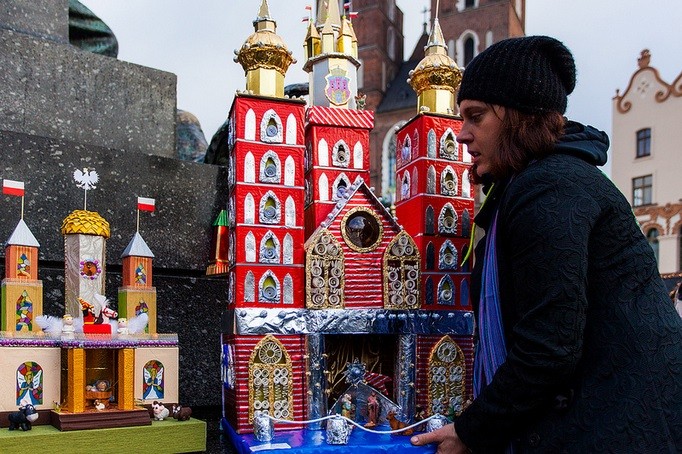 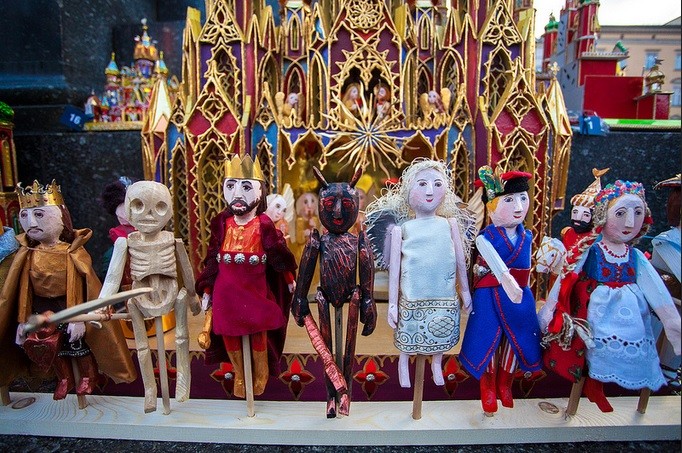 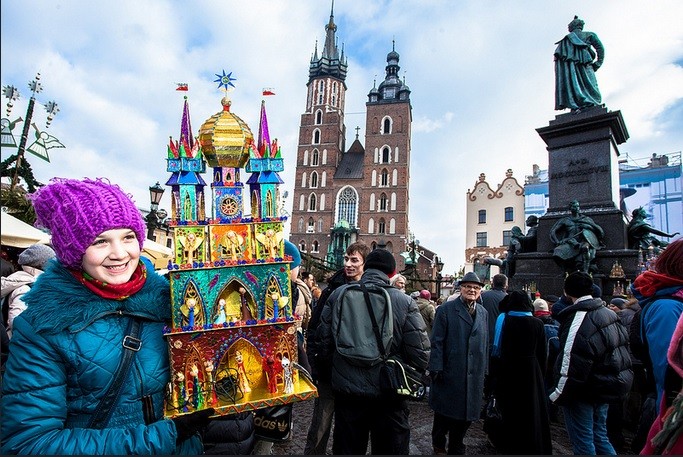 Szopai Bożonarodzeniowa is a shed constructed with live animals inside. It is also traditional for school children to organize nativity plays before Christmas free days off school. One of the most interesting nativity scene custom was born in Kraków in the 19th century. Every year Historical Museum of Kraków organizes open competition for so called Kraków Nativity Scene. The nativity scenes created for this event are usually high (the highest ones had even up to 3 m), they have lots of turrets, ornaments and resemble elements of Kraków’s most well known monuments. The characters in the scenes resemble current citizens and also historic figures. The nativity models can be seen at the Main Market Square during the competition and also after it in Kraków’s National Museum. Interesting, colourful and well designed nativity scenes are teaching, giving fun and are also really moving.