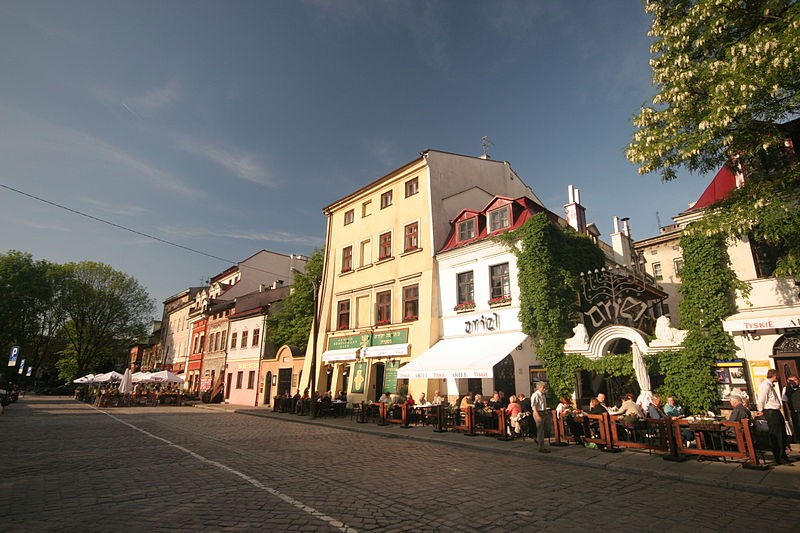 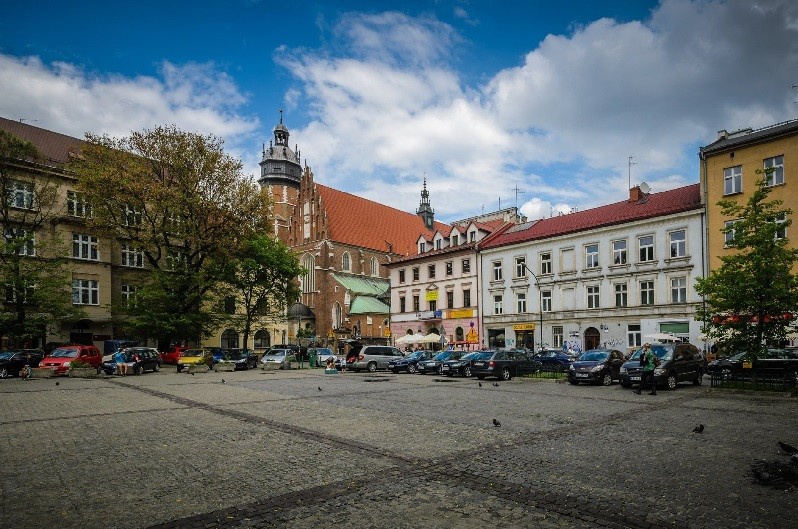 The Jewish people have always played an important role in the history of Krakow and Kazimierz and its Jewish population have always played an important role the history of Krakow and have had a great impact on regional economy as well as culture. Kazimierz, that is known as a district of Krakow, used to be a stand-alone city. It was granted city rights in early 14th century, not too long after Jews in the Kingdom of Poland received numerous rights, such as freedom of religion, trade and travel. Since the very beginning it has been one of the most significant spiritual and cultural Jewish centres in Poland and home to many Jewish scholars and artists. As such it was also referred to as Oppidum Judaeorum, meaning the Jewish City. In the pre WWII period Jewish inhabitants accounted for roughly a quarter of Krakow’s population with as many as 120 synagogues throughout the city, including Remah, High, Old and Tempel synagogues. During the post-war era and under the communist regime Kazimierz and Jewish presence was somewhat forgotten. However, in modern days it is once more a vibrant part of Krakow filled with tradition and Jewish heritage right at your fingertips.

Kazimierz is possibly one of the first items on any list of tourist attractions in Kraków and rightly so. The entire area is filled with some of the prime examples of Jewish history in Poland and it remains one of the most important cultural centres up to this day.

Kazimierz was granted city rights in 1335 and named after Casimir III the Great (Polish: Kazimierz III WIelki). Since the very beginning and throughout most of the history Kazimierz has been a stand-alone town separated from Krakow by Vistula’s distributary called Old Vistula. However, by the very end of 18th century with both cities’ growth and shared economies Kazimierz lost the city rights and became one of Krakow’s districts. This allowed for Kazimierz’s rapid development and the spread of Jewish communities in Krakow.

In 15th the growing tensions between Polish and Jewish residents of Krakow led to relocation of most of the Jewish people to Kazimierz and the two cities got separated by a wall. After these events Kazimierz became one of the most important centres of Jewish culture in Poland and with a Jewish population reaching half of all inhabitants of Kazimierz the city was referred to as Oppidum Judaeorum – a Jewish City. Kazimierz and Oppidum were home to many Jewish scholars, artists and craftsmen.

After World War II the Jewish heritage in the area was ignored and played down. Is was not util the end of 20th century that we saw revival of Jewish culture in Kazimierz and extensive renovation of historic sites.

The whole city of Krakow is full of history, famous landmarks and the district of Kazimierz is no different. A significant Jewish influence on the local community throughout the years has had a tremendous impact on the shape of Kazimierz. The Jewish heritage is best reflected in the historic sites and world-renowned Synagogues that will surely find their way onto your itinerary next time you are in Krakow. You might want to visit the oldest synagogue in Poland - 15th century Old Synagogue and Jewish history museum, or Remah - the smallest in Krakow together with its cemetery, High Synagogue with unique prayer hall on the upper floor, as well as still active Tempel Synagogue.

Apart from Jewish temples, a sight worth visiting is Saint Michael the Archangel and Saint Stanislaus the Bishop and Martyr Basilica, commonly referred to as Skałka. It is a 15th century Pauline monastery located on the bank of Vistula River, just south of Wawel Castle.

Kazimierz is also home to some of the finest museums in Krakow. If you would like to further your knowledge on the Jewish heritage Galicja museum is a best place to start. Nearby you will find equally exciting Ethnographic Museum of Krakow and Museum of Municipal Engineering.

Wandering the narrow, cobbled street of Kazimierz you may find yourself in need of a good, refreshing meal. The area if filled with traditional Jewish restaurants serving some of the best food Jewish cuisine has to offer. Naturally, Kosher options are available, as well as some prime examples of Polish and European cuisines. The ample variety of restaurants and sufficient price range guarantees that every culinary need will be cared for. Whether it is a quick bite before a sightseeing tour or an evening of fine dining you may rest assured because Kazimierz has it all.

Possibly the best way to experience Kazimierz is to go on a guided tour. With a number of knowledgeable guides ITS Poland will create a prefect tour just for you. Apart from a captivating 3-hour-long sightseeing full of stories of old and fascinating trivia this may be combined with a tasty lunch or dinner in one of Kazimierz’s Jewish restaurants and a comfortable bus transfer to and from your hotel.