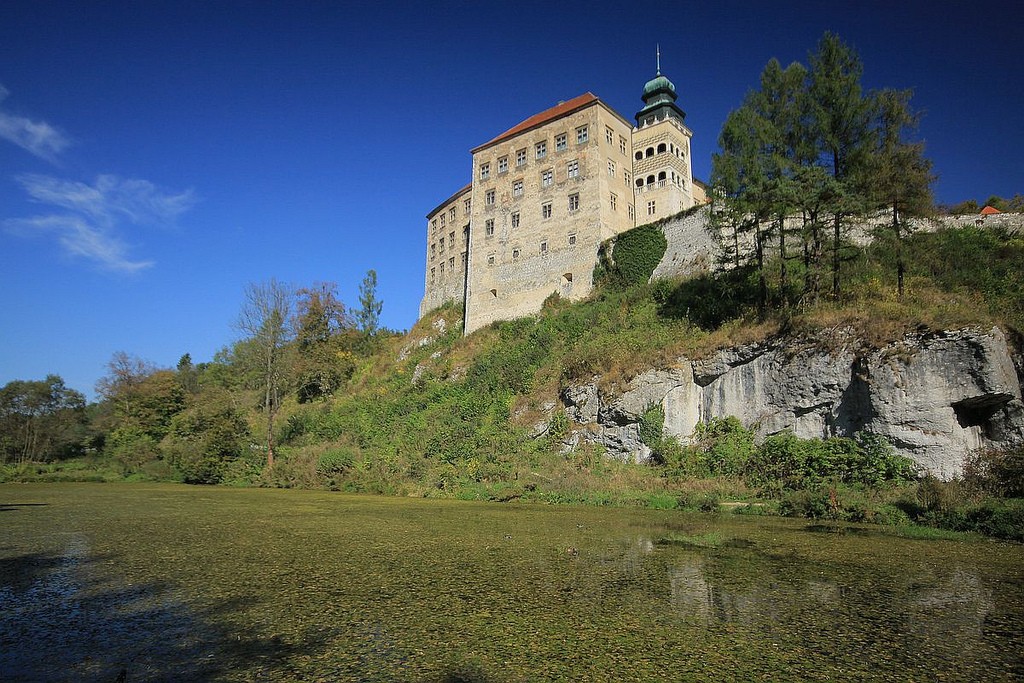 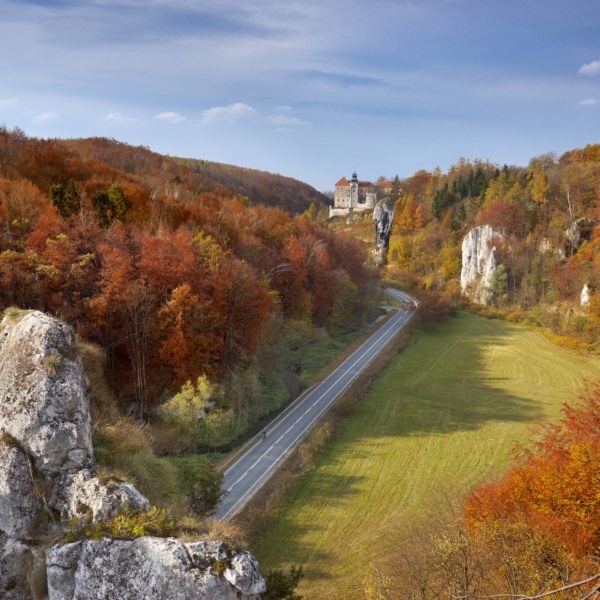 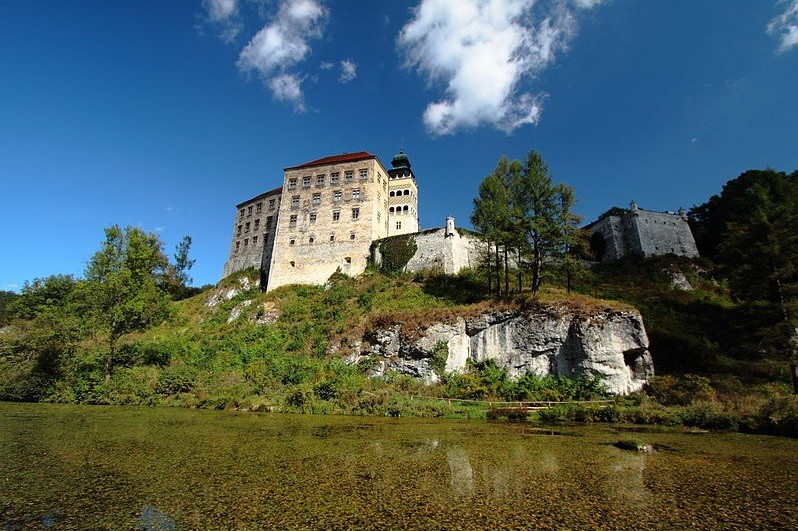 Pieskowa Skała Castle building is located about 30 km from Kraków (about 50 min drive) and 60 km from Katowice (about 1 h drive). The Gothic building was erected in the first half of the 14th century and was one of the components of “the Eagle’s Nests” defensive complex. In years 1542-1580 it was transformed into a Renaissance residence. The castle history was very turbulent. During Polish-Swedish wars in 1655 the castle was heavily damaged, later on it also burnt 3 times. In the 80s of the 19th century the building gained some Neo-Gothic elements. After the World War II the palace became part of the National Museum. Currently, there are 3 exhibitions here: English Painting Gallery, Changes in Style of European Art from Medieval Times till Poland’s Twenty Years of Independence after the World War I; and Pieskowa Skała History. Visitors can admire here paintings, sculptures and furniture from Wawel Castle Museum, as the original interior design of the castle was lost. The castle is often called a pearl of renaissance. Just by the palace there is also a scenic park with the famous “Hercules Club” rock formation. Moreover, by the castle’s hill there are 5 picturesque ponds. The palace and its unusual natural surroundings should be visited by all those people who want to know Polish culture and history.