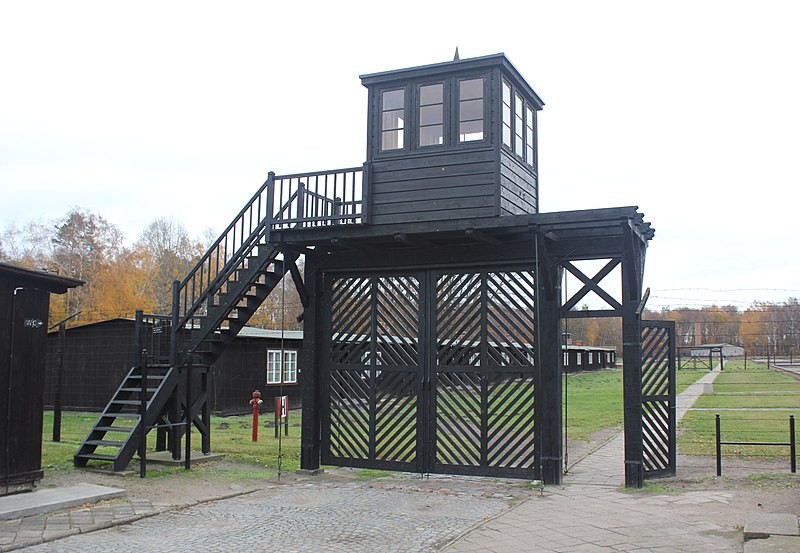 Sztutowo (Stutthof) is a small town about 65 km from Gdańsk in which during WWII there was a German Nazi extermination camp (Polish: Muzeum Stutthof w Sztutowie). The museum was created in 1962 thanks to former prisoners actions. In the area of about 20 hectares, visitors can see part of the Old Camp, the gas chamber, the reconstructed crematorium, the commanding officer headquarters and garages, the garden and greenhouses areas and the monument commemorating camp victims. The camp can be visited individually or with a group and museum guide. In the camp visitors can also watch some historic movies about the camp. Every year the museum is visited by about 100-130 thousand people who want to learn more about the history of this horrific place. A visit in the museum due to its traumatic history is not advisable for children below 13 years of age.

A shadow of the horrific past on the Polish seaside

The Stutthof concentration camp, located near Gdańsk, was the longest operating Nazi death camp in Poland. It was established on September 2, 1939. During the 6 years of the camp's existence, prisoners from at least 28 countries were imprisoned here.

Stutthof was the first and the longest existing German concentration camp in the occupied territories. The first prisoners were sent there just one day after the start of the war. Most of them were clergy, officials, teachers, political activists, soldiers, and the elite of the Free City of Gdańsk. The camp existed as long as the war lasted - 2077 days. For almost 6 years, over 110,000 people from 28 countries went here. More than half of them, around 65,000, never left the camp. Prisoners died in mass executions or died of exhaustion caused by hunger, disease and slave labor. In mid-1943, a gas chamber was built near the crematorium, which from mid-1944 was used to kill prisoners. It was then that Stutthof was included in the network of camps carrying out the "Final Solution to the Jewish Question" campaign. It is estimated that of the approximately 50,000 Jews imprisoned in Stutthof, more than half did not survive. On May 9, 1945, Soviet troops liberated the German concentration camp Stutthof. After the war, 85 members of the camp staff were tried in trials against former KL Stutthof criminals, including the commandant and camp kapos. There were over a dozen death sentences and sentences ranging from several months in prison to life imprisonment.

Living conditions were very difficult from the very beginning. The maritime climate characteristic of this area with frequent rainfall and winds from the sea contributed to the increased morbidity. In winter, the temperature dropped to -20 degrees Celsius. Residential barracks erected in a wet area did not provide protection against the cold. The temperature inside the barrack in winter did not differ much from the air temperature. The prisoners slept on a floor covered with a thin layer of straw, which was not allowed to be covered under the penalty of beatings. The walls of the barrack were covered with frost during the day because the doors and windows were open. There was only one latrine in the camp, a pit was dug in the middle between the barracks and a board was laid. Due to the lack of water, soap, toilet paper and towels, the prisoners were constantly dirty.

In the years 1939–1941, the newly arrived prisoners were not given any clothes in the Stutthof camp. They worked, slept in their own clothes in which they were arrested. Some prisoners were left without shoes in the winter. In the spring of 1940, prisoners were allowed to replace completely worn clothes with clothes that were still wearable. Changes in the prisoners' dress took place after Stutthof obtained the status of a concentration camp. In 1942, the Häftlingsbekleidung branch was established to supply clothes, shoes and tools.

Food for prisoners was to be distributed three times a day and consisted of basic food products such as: bread, margarine, marmalade, coffee, sugar, lard, potatoes, vegetables and cereals. In practice, the amount of food distributed to prisoners was never in line with the established norm. Food was stolen by SS men, block officers, room officers and those who, due to their work, had access to a food warehouse and a kitchen. The constant shortage of food resulted in the appearance of symptoms of starvation. If a prisoner did not receive help at the right time or could not arrange additional food for himself, after a few months, additionally burdened with hard work, he died.

The area was chosen for the camp, located far from the larger human clusters, between the villages of Stegna and Sztutowo. It was situated at the base of the Vistula Spit, to the west of the village of Sztutowo (Stutthof), by the Gdańsk - Sztutowo road. The cobblestone road connected Stutthof with Nowy Dwór Gdański, and also with Gdańsk through the ferry crossing in Świbno. There was also a narrow-gauge railway to the village. Moreover, in Stutthof there was a marina allowing contact with Gdańsk and Elbląg through the Vistula Lagoon and the canals. The area was surrounded on all sides by water reservoirs: from the west by the Vistula, from the south and east by the Vistula Lagoon with a network of canals, and from the north by the Baltic Sea. The area of the camp was surrounded on all sides by marshes and peat bogs, overgrown with a dense pine forest, which effectively masked the proper character of the camp.

Currently, the Stutthof Extermination Camp Museum is located in the camp in Sztutowo. The museum was established on the initiative of the former prisoners by a resolution of the Presidium of the Provincial National Council in Gdańsk on March 12, 1962. It covers part of the area of the former Nazi concentration camp of the same name. In the area open to the public, there are several buildings and relics that testify to the tragic past of this area, incl. several wooden prisoners' barracks from 1939-1940, the former camp commandant's office, crematorium and gas chamber. In the former camp buildings, permanent and temporary exhibitions documenting the history of the occupation of Gdańsk Pomerania, the history of the Stutthof camp and the fate of its prisoners are displayed. The tour takes about two hours. Visitors can also use a cinema presenting documentary films: mainly Soviet and Polish chronicles from 1945-1946. A few hundred meters from the camp, in the place where the Germans burned the bodies of the dead, stands the Monument to the Victims.