Polish small towns aren’t usually the main destination for international tourists. Still, some of them are really worth to be discovered just during sightseeing of the vicinity of bigger agglomerations or just on the way to somewhere else. Sometimes, it is worth to spend a day here, sometimes just a few hours. They are ideal destinations for romantic weekend, May summer break or so called long weekends.

ITS Poland's choice of Polish small towns to be discovered:

It is located about 40 km from UNESCO enlisted Toruń and along with it, is the oldest town in Kujavian-Pomeranian region and northern Poland. It got its town’s status as early as 1232. It has over 19 thousand inhabitants and is picturesquely located at 9 hills. Chełmno is exceptionally rich in monuments, six Gothic churches have been preserved to this day, the almost intact medieval urban layout and the entire perimeter of the city walls. Other attractions include the Renaissance town hall, as well as many tenement houses, the oldest of which date back to the 13th century. Chełmno monuments are enlisted at the European Route of Brick Gothic.

The town is often called “little Rome” as it is also situated at 7 hills. It is especially famous for its original, Medieval, urban layout; tourist underground rout through Medieval basements made in loess rock and the 14th century monuments such as: the cathedral, castle (currently Regional Museum), town hall at a very picturesque market square, Opatowska gate, merchant houses, St. Michael church or Długosz House. After enjoying monuments, cafes and restaurants around the main market square and of course obligatory Sandomierz wines in them, tourists often also visit sights around the town such as loess gorge of Queen Jadwiga, Pepper Mountains or take cruise on Vistula river.

It is one of the most beautiful small towns in Poland often called the town of lovers or the town of artists. It has lots of picturesque sites and historical buildings. The main attraction is the market square and neighbouring monuments, such as St. John the Baptist and St. Bartholomew the Apostle Parish Church, the castle with outstanding viewing point to Vistula river and surroundings and the synagogue. The foundation of the town and the castle is attributed to Casmir III the Great. The areas surrounding the town are also very attractive. For example Root Tunnel (Korzeniowy Dół), most visited, beautiful gorge with spectacular root forms. Other attractions include the system of loess gorges, Plebanka Gorge and Granicznik Gorge which are worth seeing as well. Kaziemierz Dolny is a perfect place for a long distance walk. It is also fairly easy to get to Janowiec Castle by ferry from Kazimierz. The town is ideal for a romantic weekend to enjoy small restaurants and bohemian character of this unusual place.

It is a small town about 50 km from Cracow. The main touristic magnet of Wadowice is the fact that pope John Paul II, the greatest of Poles, was born here. Pilgrims usually visit the Family Home of John Paul II’s Museum. The museum was opened in 2010 and after a complete modernization of the historic tenement it was reopened in 2014. The exhibition is fully modern and multimedia. Near the house of John Paul II, pilgrims usually visit Basilica of Offertory of the Blessed Virgin Mary and Wadowice main square. It is really nice small town that will help you to discover this best well known of Poles.

It is a historical city in south-eastern Poland. Thanks to the unique, historic Old Town, the city is inscribed on the UNESCO World Heritage List. It is situated in the southern part of Lublin Voivodeship. One of the most popular monuments in Zamość is the famous Zamoyski Palace. In Zamość, it is also worth seeing the Baroque Town Hall, the Cathedral (Cathedral Parish of the Lord's Resurrection and St Thomas Apostle in Zamość), the Sacred Museum of the Zamość Cathedral, as well as the Museum of Fortifications and Weapons Arsenal.

It is a beautiful spa town in the Lower Silesia Province, located in the central part of the Kłodzko Valley near Kłodzko city. The history of Polanica as a health resort began in 1828, when Józef Gromls started to exploit the springs, built a small pump room and wooden bathrooms. In 1904 the exploitation of the "Wielka Pieniawa" spring began. A comfortable spa house with modern hydrotherapy devices was created. In 1906, the Spa Park was established in Polanica-Zdrój. It is located in the city centre and has an area of almost 13 ha. The park consists of five parts. The oldest and most attractive one is the Central Park. Along with the main promenade, it runs from the "Wielka Pieniawa" Pump Room to the Obelisk of Adam Mickiewicz. Polanica-Zdrój is known for its concerts, the Natura-Sanat tourist fair, and the International Chess Tournament. It is a perfect place to recharge your batteries.

Kudowa Zdrój is one of Kłodzko Valley spa towns. It is situated about 125 km from Wrocław which means about 2:15 h drive. It is situated just by Poland and Czech Republic border and also by Table Mountains (Góry Stołowe). It is one of the oldest health-resorts in Europe. Healing highly carbonated natural mineral water was discovered here in the 17th century and the first baths were created as early as 1636. Thanks to this long baths tradition Kudowa Zdrój can boast amazing historical buildings. Another popular attraction is a beautifully maintained spa park. In Kudowa Zdrój tourists usually visit Mineral Water Pump Room, Toys Museum, Skull Shrine in nearby Czermna village and a water park. Every August Kudowa is a host of popular Moniuszko classical music festival.

It is situated about 60 km (45 min drive) from Poznań. It is the first capital of Poland. The main attractions of Gniezno include: St. Adalbert Cathedral with his famous relics and the historic Gniezno door; the Archdiocese Museum with one of the richest and oldest church collections in the country, the main market square with Tumska street promenade joining the cathedral and the market square; modern Museum of the Beginnings of the Polish State and many historic churches in the city center. Gniezno is also a great base for small trips to Lednica Landscape Park and the biggest open air ethnographic museum in Greater Poland Region in Dziekanowice. An ideal plan for Gniezno trip should include sightseeing of the cathedral and Archdiocese Museum, a stroll along Tumska street to the square and some free time in local restaurants and cafés to feel the town’s atmosphere.

Currently it is a village, located in Lower Silesia region about 1:40 drive from Wrocław. It is often called Polish Carcassone due to its preserved town walls. Still, the entire Old Town complex is truly interesting and its urban layout is characteristic of Silesian cities based on a chessboard pattern. The townhouses in the Market Square represent the Renaissance, Baroque, Classicist and even Gothic styles. The oldest are from around 1500. The defense walls, which are 7 meters high, deserve special admiration. They are over 1,200 meters long and originally rose to a height of 9 meters. The wall has 24 old towers. The towers are fundamentally different from each other, some have the height of the defensive walls and others are much higher. In the very center of the town there is also an interesting 16th-century town hall with a Renaissance tower, which is one of the best-preserved buildings of this type in Lower Silesia. Next to the town hall, there is the monumental Gothic parish church of St. John the Evangelist. It is an incastelated church, it was given a defensive character. It is the most famous fortified temple in Central Europe and a textbook example of Gothic sacred architecture. Other interesting spots include the executioner house and the Gas Industry Museum.

It is an authentic Medieval town with preserved town’s walls. Szydłów is located in St. Cross Mountains region about 50 min drive from Kielce. It was a royal city in the Sandomierz province in the second half of the 16th century. It received the town’s rights in the years 1329–1869 and again in 2019. Due to the perfectly preserved medieval urban layout and city walls, Szydłów gained the name of the Polish "Carcassonne" many years ago. Made of local limestone in the 14th century, the walls were 1080 m long and 1.8 m wide. The treasure of the town is also the royal castle from the times of the king Władysław Jagiełło with modern multimedia exhibition. Other monuments include synagogue built in the mid-16th century. It is the oldest in the Świętokrzyskie Province and one of the oldest Jewish temples in Poland. Szydłów region is also famous for plums and its products. It is the largest plum region in Poland with numerous orchards. More than 40 different varieties of plums are grown here on an area of over 1,700 ha. The plum products can be purchased in the area and there is also famous plum festival held in the town.

Poland has many interesting small towns really worth discovering. This is just a fraction of them subjectively chosen by ITS Poland group coordinators as being truly distinctive and sightseeing worthy. If any of the above places caught your interest just contact ITS Poland to plan your next enchanting trip to Poland! 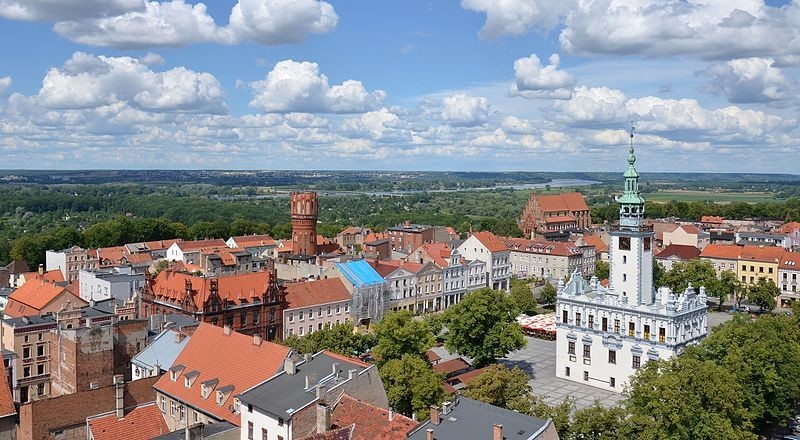 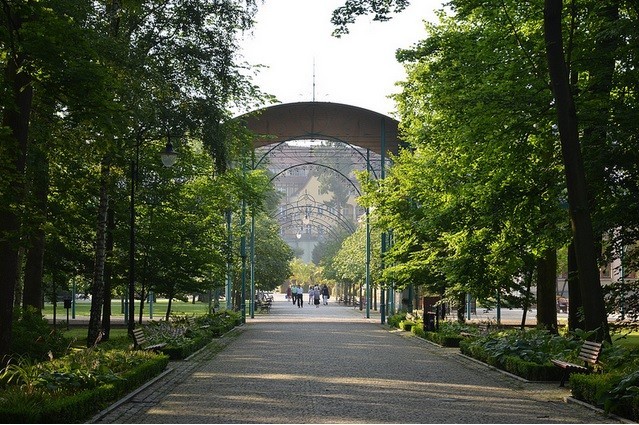 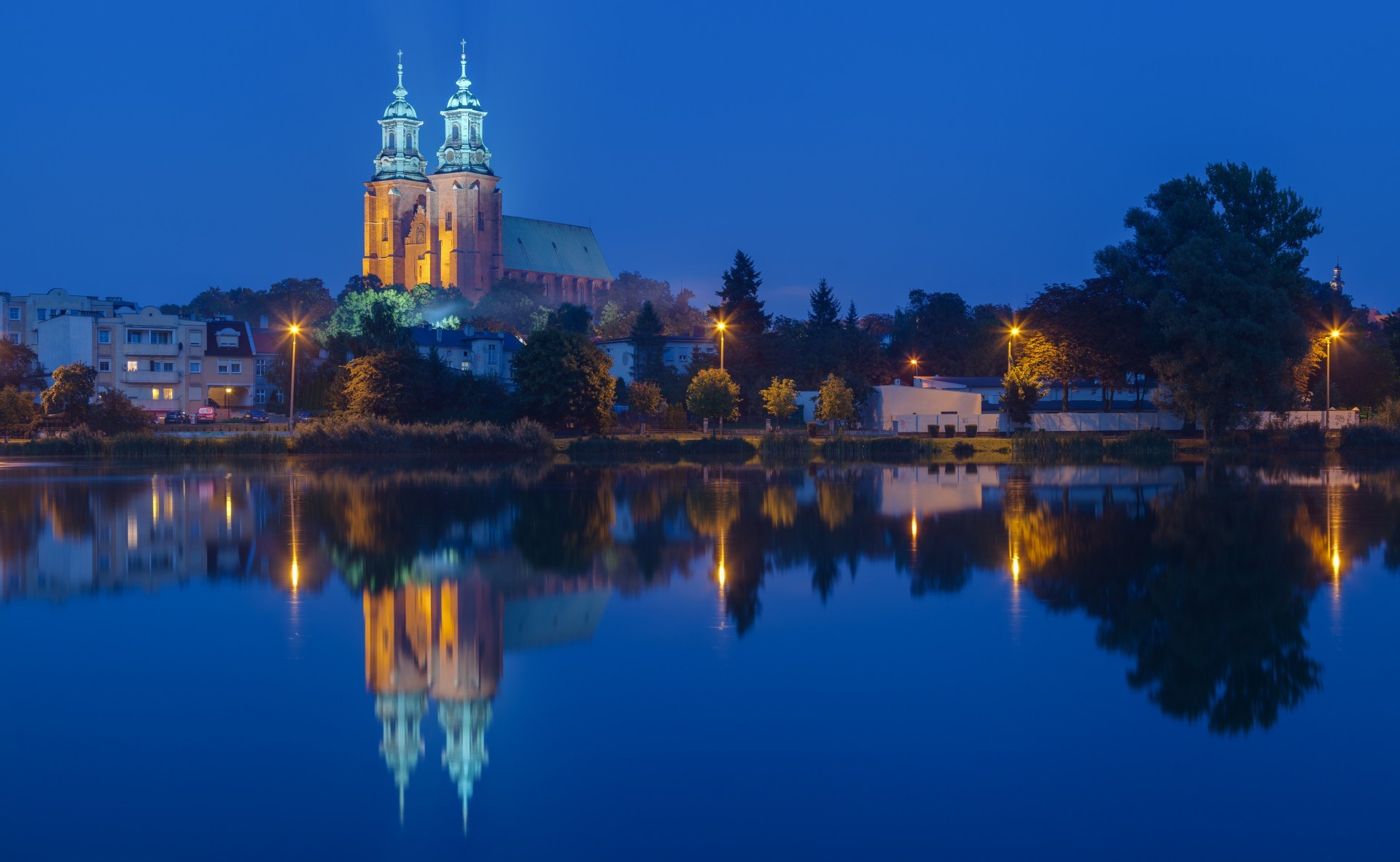