Krakow is the most often visited Polish tourist city. It is due to its former role as a Polish capital city and the seat of Polish kings that caused great accumulation of historical monuments and exhibits. It also has very interesting vicinity with 4 UNESCO World Heritage Sites and 3 national parks. It is a great gateway to all southern Poland tourist attractions. Still, in our article we want to concentrate just on the part of this heritage presenting to you the most interesting landmarks in walking distance from Krakow’s Main Market Square being the heart of the Old Town.

Attractions located at the Kraków’s Main Market Square itself:

Below you will find descriptions of top 10 attractions of Kraków’s Old Town by ITS Poland DMC:

It is a grand market hall built in 13th century and successively extended in the next years. It is situated in the heart of the Main Square in Cracow. Apart from its commercial area on the ground floor, there is the department of the National Museum on the first floor. Currently, there are 4 galleries available for the visitors: Bacciarelli, Michałowski, Siemiradzki and Chełmoński parts. Visitors can also enter observation deck.

It is one of the biggest and after Wawel Cathedral the most important church in Krakow. St. Mary’s Basilica is a Gothic church built in the 14th and 15th centuries. Since the end of the 15th century it has had a famous late Gothic sculpture masterpiece the Great Altar by Wit Stwosz. Tourists not only admire a grand scale of this building and the altar piece but also its rich ornaments, polychrome decorations and stained glass windows. The basilica is located in the north-east corner of the Main Market Square and is one of the most recognized and photographed buildings in the city. What is more, from one of the church towers tourists can hear at noon famous Krakow’s bugle call. When you are in Krakow, you just have to see this monument.

The Wawel Royal Castle together with the Wawel Hill is one of the most historically and culturally significant places in Poland.  Wawel was the seat of Polish rulers, their necropolis and the place where the history of Poland was shaped. One of the most important museums in Poland has been located here since 1930. The museum collects works of art historically or artistically related to Wawel, with Polish rulers, and great magnate collections. The museum collects paintings, prints, sculptures, fabrics, goldsmiths, militaria, porcelain and furniture. The chambers exhibit the famous tapestries of Zygmunt August and wonderful Italian Renaissance paintings from the Lanckoroński collection, and the Wawel collections of eastern art contain the most important and largest collection of tents in Europe.

It is the best well known royal necropolis and real national pantheon. Close to the kings in the cathedral many noble people were buried, such as Cracow bishops, and Polish national heroes. Here you will find among other the tumbs of Kuyavia Ladislas the Short (Władysław Łokietek), Kazmir the Great (Kazimierz Wielki) and John III Sobieski (Jan III Sobieski).

If you are a fan of folk tales you definitely have to come visit the Dragon of Wawel. In short, it is a representation of a popular fairy tale dating back to 12th century about a dragon that lived in a den under the Wawel hill and a cunning cobbler who outsmarted all the knights trying to kill the dragon. Today, you will find a fire breathing sculpture right by the Vistula river bank and on the foothill of Wawel. Throughout the year the Dragon of Wawel become one of the symbols of Krakow and that is why you will most probably notice it whenever reading about the city. A dragon-shaped figurines are also available in all Krakow’s souvenir shops.

It is the oldest Polish university and also one of the oldest universities in the word. It was established on the 12th of May in 1364. The golden age of Collegium Maius was in the 15th and 16th century. A great number of Polish best well known scholars studied and taught at this university, among others Nicolaus Copernicus and many western European professors. Having the Collegium, Cracow became even the important centre of alchemy sciences. Nowadays, Collegium Maius is famous for its arcaded galleries and crystal shaped ceilings.

Planty is a large scale city park in right in the middle Krakow as well as one of the largest in the city. Planty may be referred to a sort of a green border encircling the historic old town, as it was planted in place of the old city walls. The park is filled with chestnut, maple, lime, ash and poplar trees. It gives plenty of shade to cool off during hot summer days and is a perfect place for a pleasant, relaxing stroll.

Barbican is one of Kraków’s most recognisable landmarks. It is situated at Basztowa Street in Planty Park just next to Słowacki Theatre. If you happen to arrive to Kraków by train, it is probably one of the first landmarks you will see. Locals call it in a friendly manner “a saucepan”, because of it shape but in truth it is the show-piece of the city's medieval defences. It was built in the 15th century and was part of the main Kraków defensive structures, connected to city walls and a moat. Built in Gothic style, this masterpiece of medieval military engineering was impenetrable. Nowadays, it is one of only a few preserved structures of this type in the world and distinct because of almost perfect preservation. From April till October it acts as an open air museum where you can learn a lot about old city walls and defences.

St. Francis of Assisi Church is situated in the very heart of Kraków’s Old Town at 2 Franciszkańska Street just by the famous Pope’s Window. The church, currently Minor Basilica, was consecrated in 1296. It has been enlarged many times. In 1462, 1476, 1655 and 1855 the building burnt. Nowadays, it has a brick construction with a presbytery, transept, aisle and 3 chapels. Tourists usually want to see here stained glass windows made by famous Polish artist Stanisław Wyspiański and very original polychromy of the same author from the end on the 19th and the beginning of the 20th century. 14 stations of the Passion ware painted just before the world war II by another famous artist of the same period Józef Mehoffer. In Blessed Salomea Chapel there are her remnants. In the basilica tourists can also admire many other church works of art. By the church there is also Franciscan monastery. The basilica can be visited either with a guide or audio guides. The church also offers regular masses and services.

As you can see from all the above mentioned examples of Krakow’s attractions, the Old Town in this city well deserves its position as the most often visited Polish agglomeration. Even without using any transportation, it is enough to see during a few days stay. We encourage all travellers to visit Kraków and discover its historic beauty, museums and monuments. Last but not least, you also have to discover amazing small souvenir shops and friendly restaurants and cafes. ITS Poland DMC will happily help you to plan your trip to this former Polish capital, just contact one of our professional group advisors! 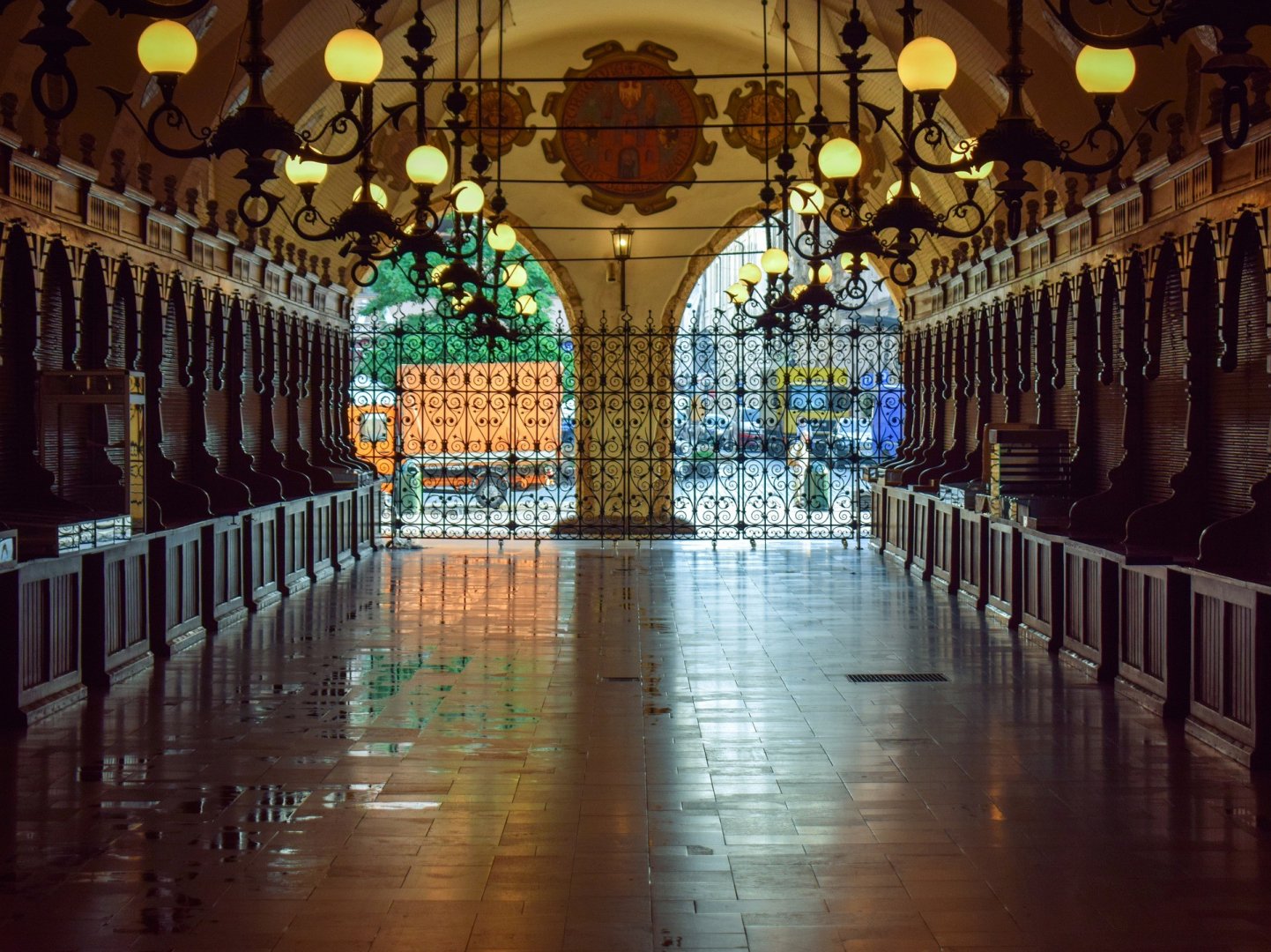