Poland wouldn’t be as rich in Medieval monuments if not for the Teutonic Order. Thanks to them, there are magnificent castles to see for tourists and mesmerizing histories to tell. We owe them densely scattered, powerful castles of Pomerania, Kuyavia and Warmia regions that are magnets for tourists all year long.

Majority of the most imposing and magnificent Medieval castles in Poland in general are the ones that were erected by the Teutonic Order. Their full name was the Order of Brothers of the German House of Saint Mary in Jerusalem. It was a Catholic religious order founded as a military order about 1192 in Acre, Kingdom of Jerusalem. The Teutonic knights were one of the three most influential crusaders orders. The other two included the Sovereign Military Hospitaller Order of Saint John of Jerusalem, of Rhodes and of Malta; and the Templars (The Poor Fellow-Soldiers of Christ and of the Temple of Solomon).

The Teutonic Order was invited to current Polish lands in 1226 by the Polish prince Konrad Mazowiecki and created their own country at the conquered lands. At the beginning of the 15th century (just before the fall of Teutonic country), the Teutonic lands covered an area of approx. 150 thousand square kilometers and had 750 thousand of inhabitants and was governed by 700-1000 monastic knights. The Teutonic state was one of the best developed in northern Europe in Medieval times. The Teutonic Knights were considered a rich order and were able to effectively multiply their wealth. The strength of the order was built by the knights – monks and their servants. Each of them had as many as 10 people - squires and sergeants also often religious brothers of lower rank. Although it was not strictly defined who could join the Order, it admitted almost exclusively German-speaking people - from Germany, Austria and Switzerland. Candidates also had to have a noble birth.

Nowadays, the biggest brick castle in Europe Malbork (the capital of the Teutonic Order Knights) is the most famous castle in Poland. It is also enlisted at the UNESCO World Heritage List. Two most interesting Medieval knights reconstruction events are also connected with the order. They are Malbork siege reconstruction and Battle of Grunwald. Grunwald Battle meant downfall of the order. Grunwald battle staging is a magnet for about 1500 actors and 100 000 spectators every year and Malbork siege for about 30 000 spectators.

The life of monastic knights was concentrated in the castles and fortified cities of which there were, including episcopal and chapter houses, about two hundred (six centuries later there are just over sixty). They constituted the power of the state and the wealth of the order. They were also considered impregnable.

The most often visited Teutonic tourist attractions by ITS Poland groups:

It is a picturesque town in the north of Poland about 60 km from Gdańsk by Nogat river banks. The main touristic magnet of Malbork is Teutonic Knights Castle of the Order of Brothers of the German House of Saint Mary in Jerusalem. The construction of the castle started in 1278 when the knights come to Malbork area. The city was called Marienberg then. This is why in 1997 it was enlisted on UNESCO World Heritage List. The interesting fact about the castle is that the construction of it started as early as 1278 and now the castle is the biggest brick construction of this kind in Europe. It was built for 40 years and during its construction 12 thousand rocks and 3.5 million handmade bricks were used. When you plan visiting Malbork Castle you should have about 3 to 4 hours of free time to see all three parts of it with a guide and then stroll a little bit on your own.

The Castle construction started in 1233 but between 16th up to 19th century some major construction works took place to change the original design. The buildings is the cathedral and castle group. One of the best well known element of the castle are unique latrines which may be slightly funny but the construction is really impressive. Right now apart from medieval form of the castle tourists can admire exhibitions about archaeology, ethnography, natural environment and also a collection of porcelain.

The castle is situated about 50 minutes ride from Olsztyn (about 50 km) and 1:30 h from Elbląg (95 km). It was built in 14th century and has an area of about 2700 m2. Currently, most of the chambers are available for tourists. Castle exhibitions present Gothic art, original interior decorations, furniture, documents about famous inhabitants of the castle, icons, 19th and 20th century Polish paintings. The youngest tourists will be happy to use historic costumes rental located at the castle grounds. Sightseeing of the castle is possible also with a guide. Gothic Lidzbark Warmiński castle is definitely worth visiting.

Toruń is also worth visiting, its Medieval urban layout was enlisted at UNESCO World Heritage List. The city, due to its location, played a very important role in the defense and trade system of the Teutonic state. The Toruń commander was one of the most trusted advisers of the grand master of the order. The town actually included two separate settlements - Old and New Toruń, both had their own defensive walls and were separated by a wide moat.

All in all, Polish tourism owes much to Teutonic Order knights. The numerous castles and ruins that are their direct heritage are very popular sights very often visited by our groups. If you also would like to see all these places on your own eyes just contact one of our group coordinators and we will happily help you to prepare sightseeing schedule and organize all your travel details for you. 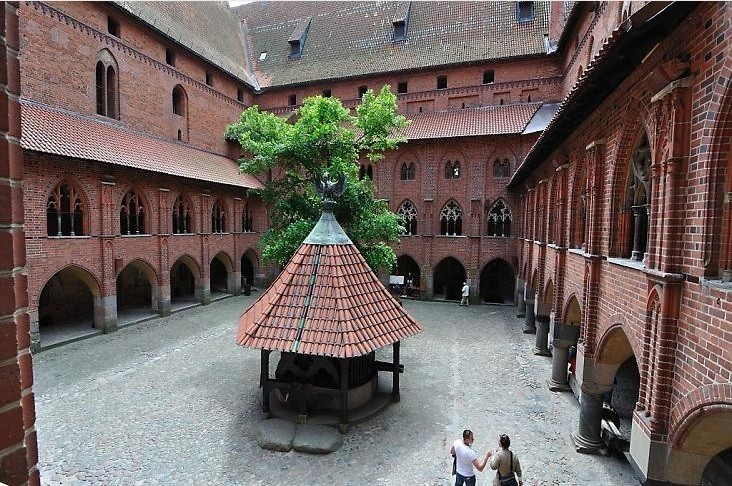 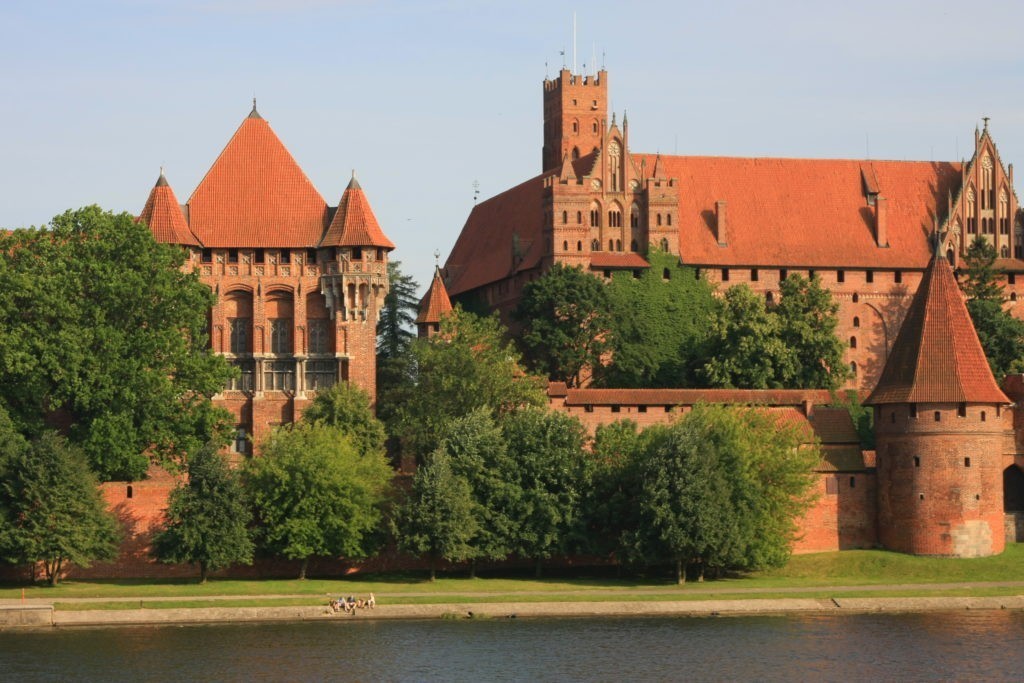