September is a special month when we remember victims of WWII in Poland as this dramatic period started with the attack of Nazi Germany on Poland on the 1st of September 1939. This is why we want to present to you 10 most interesting places in Poland where you can discover the dark WWII history and commemorate their heroes and victims.

World War II began with Germany’s attack on Poland at the Polish military base at Westerplatte on September 1, 1939 and it’s therefore, appropriate that the remarkable WWII museum, opened in March 2017, should have been built in Gdańsk where everything started. A conflict that claimed the lives of an estimated 55 million people is a both a huge and complicated story to tell. The museum grounds cover almost 2.5 acres, while the building covers 26,000 square meters. In total there are over 2,000 exhibits on display spread over three narrative blocks: ‘The Road to War’, ‘The Horrors of War’, and ‘The War’s Long Shadow’. This is divided into 18 thematic sections, which is reflected in the layout of the exhibition rooms. Sightseeing of the museum takes at least 3 h. Being in Gdańsk we also recommend sightseeing Westerplatte Peninsula, Stutthof Nazi German Concentration Museum and the Post Office Museum.

The museum was opened in 2004 and is situated at 79 Grzybowska Street. The main aim of the museum is to provide documentation and present history of Warsaw uprising during the Second World War and activities of Polish Underground State. The exhibition shows everyday life and fights during Nazi occupation and the fate of the insurgents during communist regime in People’s Republic of Poland (PRL). The museum has gathered 30 000 exhibits. The exhibition is very modern and uses the newest audio-visual technologies to successfully reach nowadays audience. It is located at 3 stories and it has more than 3000 m2. Warsaw Rising Museum is said to be one of the most interesting museums in Poland, which is why, you shouldn’t omit it during your Polish travels. During Warsaw’s visit it is also worth to see Treblinka Nazi German Concentration Camp Museum, Palmiry Memorial Sight, Pawiak Prison Museum and Mausoleum of Martyrdom at Szucha Street. Part of POLIN Jewish Museum has also exhibition devoted to WWII period.

It is a place that doesn’t need to be introduced for any people who are interested in history. It is the focal point of all ITS DMC Poland history tours and trips. It is also enlisted at the most prestigious UNESCO World Heritage List. It is also deeply depressing and saddening place that tells one of the darkest stories of humankind. Standard sightseeing takes about 3.5 up to 4 h and includes a visit in both Auschwitz and Birkenau death camps. Still, longer workshops are also possible. The main message of this memorial and cemetery of about 1.5 mln people is “never again”.

It is one of the most modern and interactive museums in the country. Group sightseeing is possible with the museum’s guide and lasts around 1.5 h. It is a branch of Cracow City’s Museum and is located in the famous, thanks to Spielberg’s film “Schindler’s List”, former enamel factory. The museum shows the exhibition “Cracow under Nazi Occupation 1939–1945” and tells the mesmerizing histories of Cracow citizens during WWII. The exhibition foremost tells the story of Cracow and its inhabitants, both Polish and Jewish. It is also a story about Nazi Germans – the occupiers who arrived here on the 6th of September 1939, brutally disrupting Kraków’s centuries-long history of Polish-Jewish relations. The great history of World War II intersects here with everyday life, and the personal dramas of individual people overlap with the tragedy which affected the whole world. ITS DMC Poland claims it is a true must see point to all history-oriented groups and also school trips, as it provides interesting and truly valuable educational experience.

Polish underground structure and actions of the Home Army that opposed to Nazi-German invasion during WWII is still a marvel to many historians. No wonder that Polish authorities try to highlight the value of this organization and commemorate its heroes. In the capital, Warsaw, currently the new Home Army is being built and the Cracow’s City Museum has been recently deeply reconstructed so nowadays, meets the strictest standards of modern and interactive exhibition. The museum’s main idea is to present a comprehensive picture of the Polish underground during the war, along with its spiritual genesis encompassing interwar Poland and the shape of the patriotic heritage in contemporary Poland. ITS DMC Poland states that sightseeing takes usually around 1 h.

Wolfsschanze (Wolf’s Lair is located in Polish Lake District Mazury in small settlement Gierłoż about 36 km from Mrągowo (about 40 min drive) and 96 km from Olsztyn (about 1.5 h drive). In years 1941-1944 it was the headquarters of Adolf Hitler. This town camouflaged in the forest consisted about 200 buildings including bunkers, barracks, 2 airports, a railway station, a power plant, an air-conditioning facility, a water supply system and a thermal power station. In 1944 Wolf’s Lair was inhabited by 2 000 people. From this place Hitler commanded armies that were conquering the USSR. Moreover, it was also a place where a failed assassination of him was attempted. At the end of the war the bunkers were blown up. Currently, tourists visit the remains of the town and museum with guides. In the complex there are also a hotel, a restaurant and a shooting range. There are also company events, fairs and historic reconstructions organized. It is also possible to have a ride in historic vehicles. Wolf’s Lair is a place really worth visiting. ITS DMC Poland also heartily recommends visiting Mamerki complex that is close to Gierłoż.

Riese is a name of a plan and an underground mine-constriction complex created during the WWII. It is located in Góry Sowie (Awl Mountains) and Książ Castle. The main aim of the project was creation of massive, underground, bombing-proof spaces for Hitler and the most important people in Nazi Germany and also a canter of armament industry. According to plans this underground city was supposed to host even 40 thousand people. Currently, we are aware of existence of 7 major complexes. 4 of them are available to tourists: Włodarz, Osówka, Rzeczka and Książ. The longest tourist rout can be found in Włodarz. The notion of the complex fascinates all people that enter it. There are still many theories and speculations about multitude of its purposes. These are definitely the most mysteries underground routs in the country.

Palmiry National Memorial and Museum is highly recommended as the forest outside Warsaw significantly ups the standard for how a small exhibit can pack a huge punch. A little history: during World War II the forests of Palmiry and Kampinos became a refuge for those fleeing the destruction in Warsaw (many Home Army soldiers regrouped in the woods). It also became the site for 21 separate mass executions performed by German soldiers against 1,700 Poles and Jews, many of whom were academic and cultural figures. Inside this well-organised modern block visitors will see how the Poles used the forest for training and hiding weapons, and how the Germans turned their refuge into a killing field. Displays include exhumed items like documents and photos, even sections of trees with ammunition still buried in their bark. A video re-enacts how German soldiers systematically marched civilians to their deaths, and the tour ends with an endless audio loop that reads the names of the victims. Outside visitors will see a giant cemetery of marked and unmarked crosses (the museum also describes the exhumation process that took place in the forest) dedicated to the victims.

The Radegast train station is a historic railway building from 1941. During World War II, it was associated with the ghetto established by the Germans in 1940 in Łódź. Initially, the building served as a reloading point for food and raw materials, intended for the population and workplaces of the ghetto. From January 1942, the station became the place from which Jews were transported to the Kulmhof extermination camps in Chełmno on the Ner and Auschwitz-Birkenau. Today, the building is a memorial site, an element of the Litzmannstadt Ghetto Holocaust Monument, established in 2004, and the seat of a branch of the Museum of Independence Traditions in Łódź. The exposition in the station building presents a model of the Lizmannstadt Ghetto. It is the largest model of this type in Poland, showing the appearance of the district closed in 1942. Apart from the model, there are also reproductions of the deportation lists of the ghetto inhabitants. A Tunnel of Remembrance was built near the station, which with its minimalist form reflects the feeling of being overwhelmed by the occupation and the increasingly difficult history of Jews in Łódź. The tunnel is crowned with the Memorial Column with the words "Do not kill" in German, Hebrew and Polish.

The DAG Fabrik Bromberg war technology centre was opened as part of the District Museum of Leon Wyczółkowski in Bydgoszcz. It is a unique example of industrial architecture that has remained virtually unchanged since the Second World War. DAG-Fabrik Bromberg was built in 1939–1945 as one of the three German weapons factories owned by Dynamit-Aktien Gesellschaft. The company was founded in the 19th century by Alfred Nobel, the famous Swedish chemist who invented dynamite and established the Nobel Prize. The museum includes eight adapted buildings of the nitroglycerin production zone, connected by tunnels. In addition to the exhibition presenting the nitroglycerin production line for military purposes, equipment used by German soldiers during World War II, and chemical and nuclear weapons, the museum also presents the history of Alfred Nobel's inventions. Other exhibitions included the history of the factory workers, as well as detailed information on the underground activities of the Home Army and the Red Army invasion. The museum also organizes temporary exhibitions and visits to the exhibition through school trips.

Poland has so diverse WWII memorials that all history enthusiasts can find there something for their own liking. The above-mentioned examples of military and historical monuments show the best the diversity and modernity of all museums available in this topic. If you are interested in visiting Poland, feel free to contact ITS DMC Poland group specialists. They will happily assist you with your group trip organization. 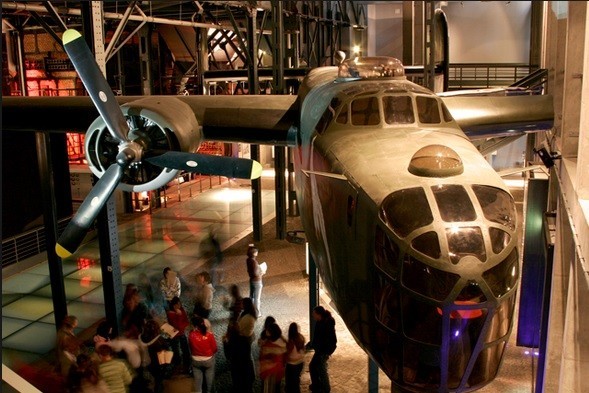 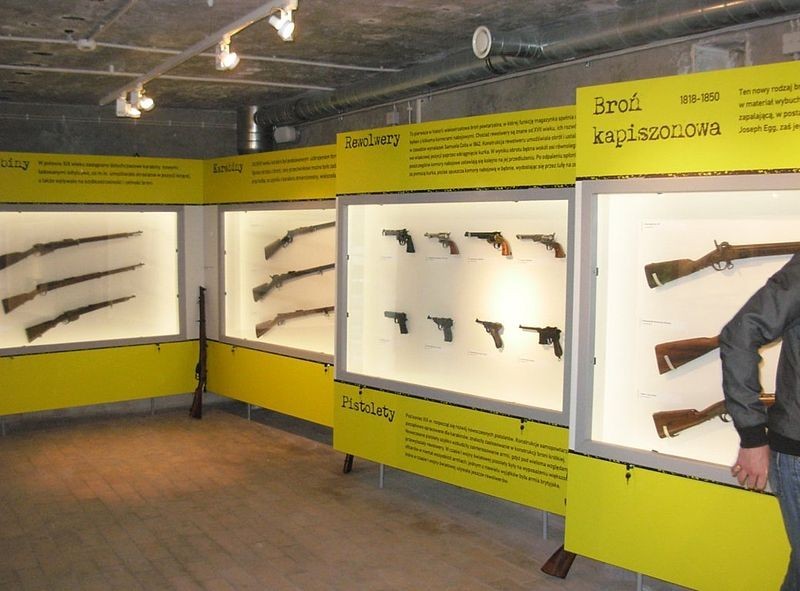 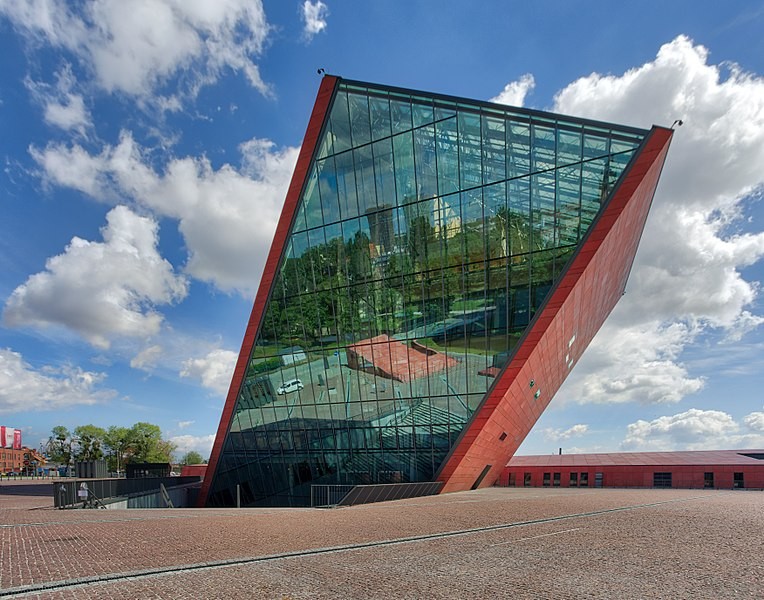 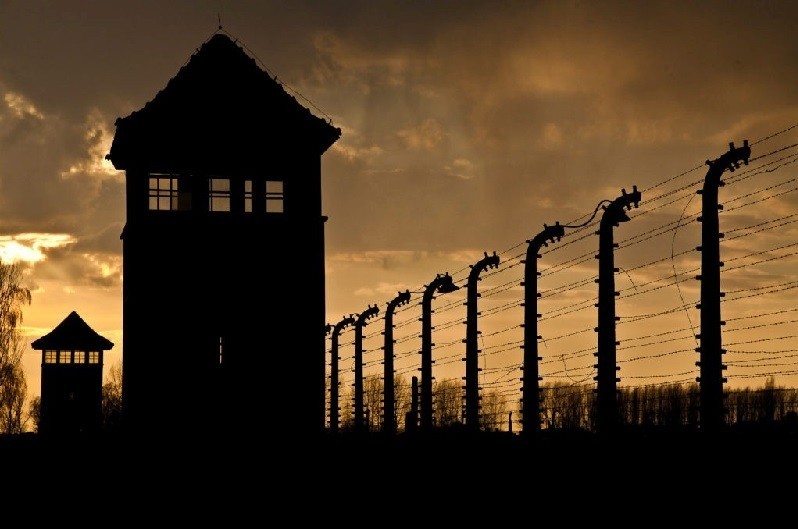 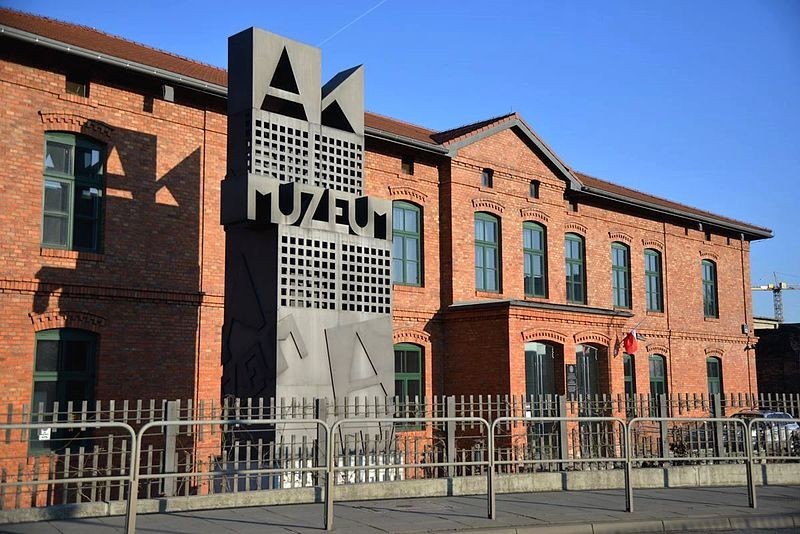